New ad Dis all brands? The creative marketing of fittest stains is not the usual way!

When it comes to the fittest brand, everyone's mind is expected to pop out immediately "national daughter-in-law" Haiqing, or "friends of women" Guo Donglin. As sales are high, but advertising creativity is slightly scarce, it is difficult to impress the fast-food brand, the brand label seems to be with family life, household chores. But as the saying goes, "Sbe three days, when you look at each other", in this year's Super Bowl fast-food brand, the fittest stainNot only with 4 creative ads to dominate the Super Bowl, its funny properties are also widely praised by foreign media, can be said to be a beautiful and bright play a "turn over the war"!

The way or the reverse way?

Creative marketing has been fitted with new tricks!

When you thinkThis is a beer ad...

NONONO, no! They're fitting ads!

In this ad, the fittest is to "brainwash" to the end: not onlyCars, beer, insurance, jewelry, Coca-Cola, mattresses, razors, fitness and other "Super Bowl" brand owners of the common advertising practices are all out to make good use of, but also in the audience preconceivedly thought that this is a brand of advertising, the fittest stain another counter-strategy, tell you "this is a fittest ads." "It's perfectly implanted in the public mind"As long as it's an advertisement for people wearing clean clothes, it's an advertisement for the fittest."brand concept.

Black Majun believes that the biggest reason why this fittest ad is so successful is that it allows every Super Bowl audience who has seen it to be subconscious, constantly questioning every ad they see, and the inner suspicion that these brand ads may be fittest ads! Such an excellent way to make a strong effort, fully explain that the fittest stain of advertising marketing has made sufficient progress:With ""Reverse" and won this year's "Full-Court Award" - the Black Pencil Award, which symbolizes the highest honor.Become the biggest winner of this year's Super Bowl。

Known as the "Yellow Pencil", it is the most prestigious award in the world of creativity and design, founded in 1962, is the most representative international creative competition, known as the "Oscars of the creative world."Each session has more than 100 top industry people as judges, aimed at promoting and inspiring creative talents in all fields to give full play to their creative talents, whether it is the Yellow Pencil Award, the White Pencil Award or the Black Pencil Award, all represent the pinnacle of all fields.

Non-destructive implantation from brand to mind

As a classic of this year's Super Bowl, it seems that Diss has "full" car ads, "rotten terrier" beer ads, "everywhere" fitness ads, "everywhere" insurance ads... But in fact, through the transformation of the scene, repeatedly to the audience to convey the "as long as the person wearing super clean clothes is the fittest stain" brand message.

Plus it's like a magic sound around a beam"It's a Tide Ad (this is an ad for the fittest)"This advertising language, the whole advertisement can be said to take into account the effect and "laughing fruit", can be called the industry textbook. 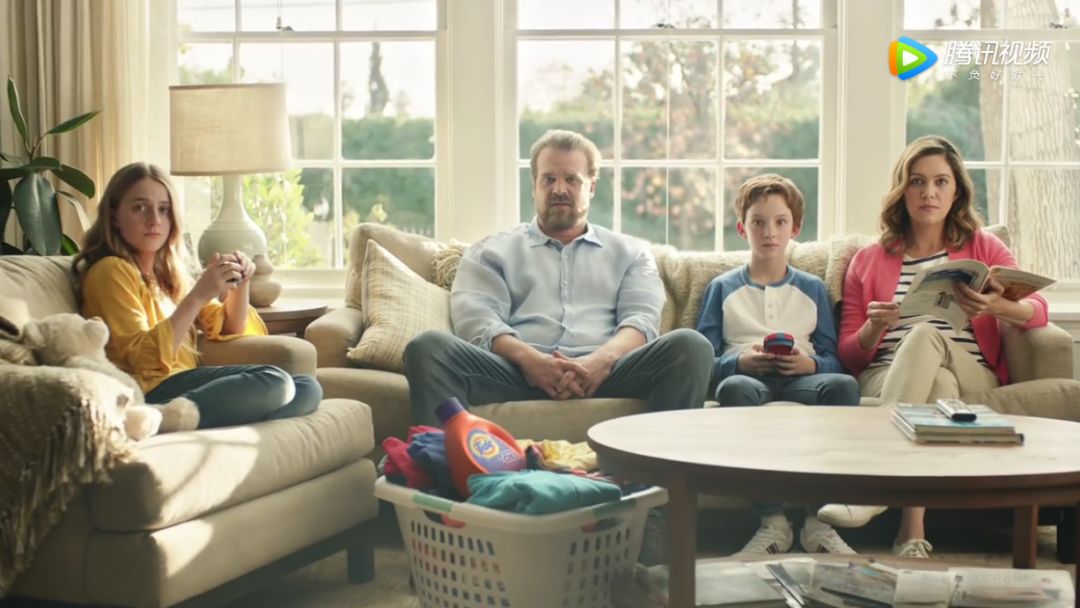 1, on the contentSecondary.Instead, it helps to optimize the scene architecture.

Throughout the content of each part of the advertisement, is an independent and parallel small story, perhaps you think that there is no primary and secondary in the content, easy to confuse the audience's perception of the brand, is considered to be the big taboo of advertising. But the dark horse Jun believes that when the length of advertising is limited, the content and want to express clearly, learn parallel forms of expression to tell the story, but insteadIt is beneficial for the brand to optimize the scene greatly, and at the same time, it is beneficial to the audience's reception of product information and deepen the impression of the brand.

Many times, the brand owner seems to have come to the mistake that it is easier to attract an audience only by making a few new tricks on the content. But in fact, a seemingly bland, flat-out story structure is more clear about events, things, opinions, and product narratives. What's more,Compared with other advertising framework structure, "side-by-side" structure will be more focused, more impact, but also weaken the audience's feelings about advertising, so that the audience is simply attracted by the content, so that the brand can easily show the "drawing the dragon's eye" effect.

Since it was uploaded to YouTube on February 4, 2018, the video has received more than 3.3 million hits and extensive discussions in 48 hoursIt received 49,000 points (74 percent support) and 1,900 comments in 24 hours. Visible, the fittest stain is really caught by the public's vein door。 And when it comes to this idea, fittest says:"Last year, the market share of fittest stains was more than a quarter, so if everyone was using them, why wouldn't every modeling team in a Super Bowl ad use it?"This confirms that sentence:A good idea that insights people's hearts is often justified after an accident.

How do you "whitewash" yourself?

Why is this year's Super Bowl so expected to be so "out of the question"?

In addition, the launch of this advertisement is also to reduce the past few years the public's "bad feelings" about the fittest stain. Because back in 2012, the company introduced a bright color, cute small laundry ball, and named "Tide Pods."But.Too "fancy" appearance, resulting in many children mistaken for candy, resulting in a number of mis-eating incidents, but also triggered the media scramble to report, to the fittest brand image cast a shadow. 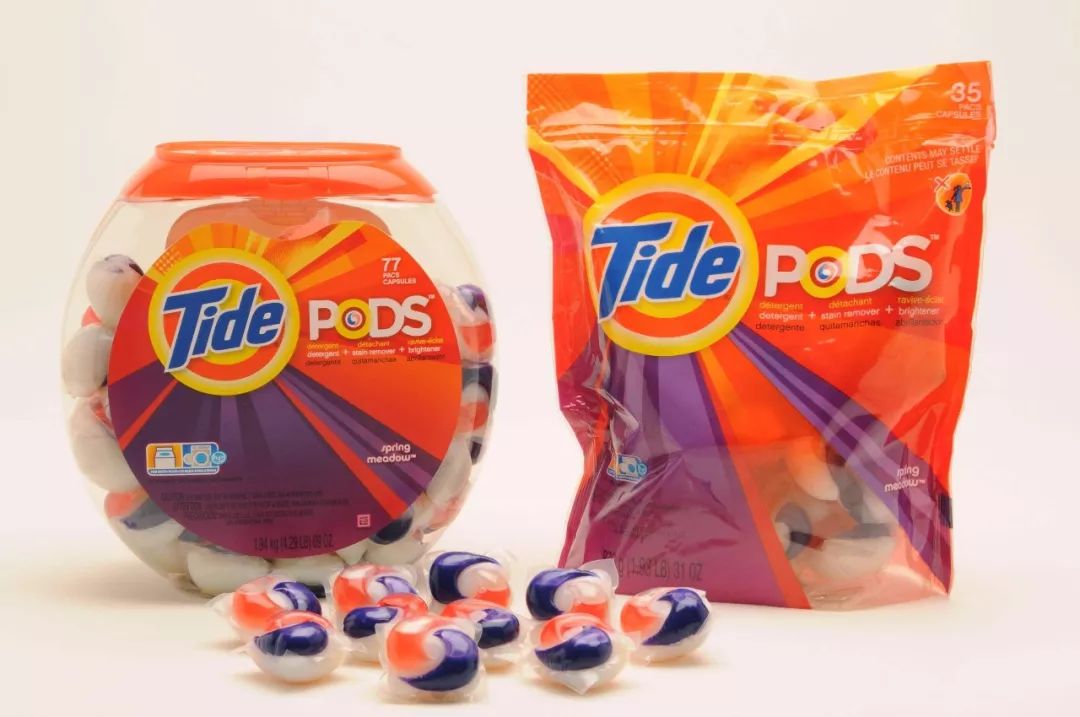 It's not over yet: In January last year, there was a sudden ups and downs on foreign social networks.Tide Pod Challenge", a group of "not afraid of death" of foreign youths and network red anchors have joined in, so that the whole event fermented again, andThis resulted in the poisoning of several young people. 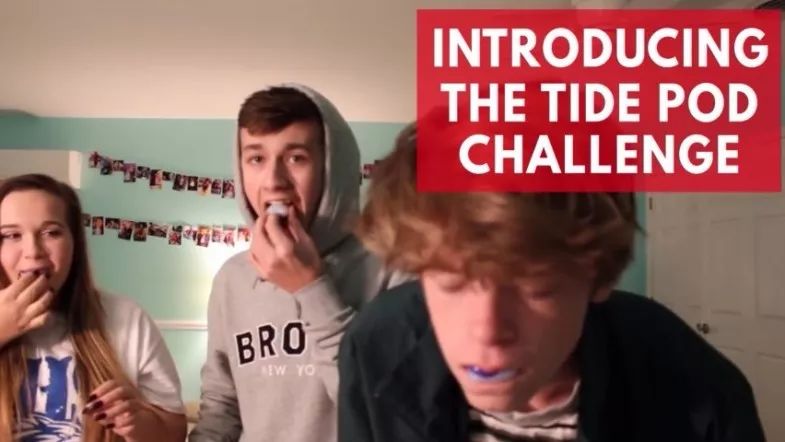 Fortunately, the fittest stains in time to carry out a series of measures, such as in productionAdd a "bitter layer" to the productChange the packaging at the same time, making it difficult for young children to open. It also invites well-known KOLs such as Rob Gronkos to spread safety messages on social media, constantly passing on "laundry balls are not for consumption" to the public, trying to keep things to a minimum. Of course, "crisis public relations" is only the dead sheep to make up for the helpless action, the brand only "active attack" can have the opportunity to re-circle powder.And from this from the creative idea, shooting skills, post-editing and other aspects of the outstanding creative advertising, you can see the intention of the fittest stains.

The data showed that after the Super Bowl ads aired, the visibility of the ads increased significantly, and 22 percent of consumers said they had purchased them in the past 30 days.
YouGov Data, a global public opinion survey

If the series of rehabilitation measures that followed the incident was a fitting oneThe brand "defensive war", then "It's a Tide Ad" is the fittest brand "fightback", and this also once again verified the brand, public relations, advertising between the inseparable "blood" relationship.

The success of the fittest also proves that:Good advertising ideas are sure to "talk" their own way.

Welcome to the bottom of the small partner to publish God's comments, communicate with us! 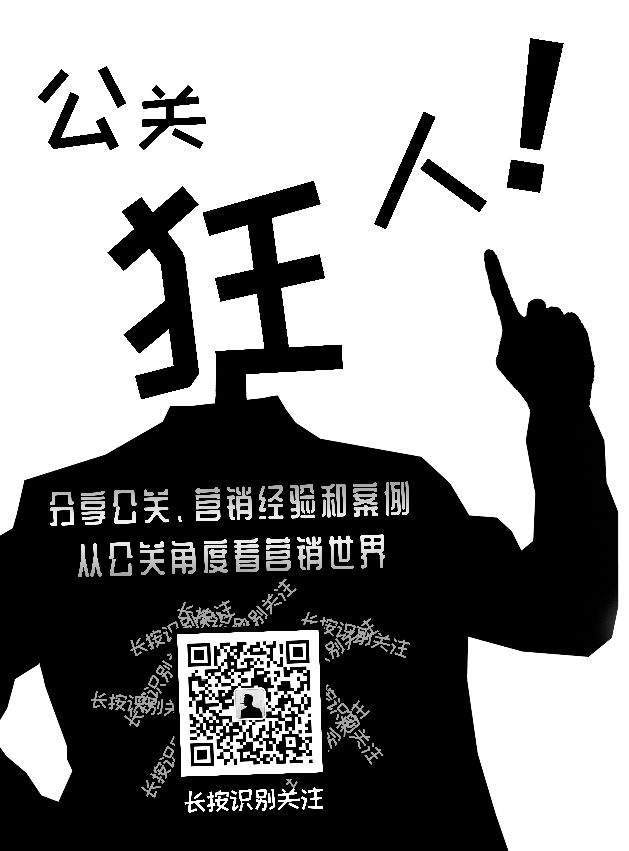 New ad Dis all brands? The creative marketing of fittest stains is not the usual way!
Up to 200 words, currently totalWord.

Apple, an advertising creative company delayed by hardware
Huawei, Super God's advertising idea, are you heart-tinged?
The advertising idea hit again, this time JD.com and Ant-Man
When it it to advertising ideas, even the iPhone has to lose out to these cheap products
In what state are people best inspired? Find creative inspiration for your ads!