Blame! Inflation has risen as the price of chili peppers has risen Google's advertising tax revenue is high and the Malay boss and the Indonesian government have been scolded

Peppers and gold are triggers of inflation

The Central Bureau of Statistics recorded inflation of 0.12% in August

Suhariyanto, head of the Central Bureau of Statistics.

"Seeing that this year's figures are still under control, because our target is 3.5 percent, of course, we hope that inflation will remain under control until December next month, " Suhariyando said. "

The highest inflation rate was 0.82 per cent in Kudus. The lowests were Tasikmalaya, Madura, Madiun and Pare-Pare 0.04 per cent.

The highest level of deflation was 2.10% in Bau-Bau. Deflation was lowest at Tegal, with Palopo 0.02 per cent.

One of the reasons for inflation in August was because of the components of all foods, led by red peppers, which accounted for 0.01 per cent, and cabai rawit, which was 0.07 per cent, Mr. Suhariyando said.

Clothing, on the other hand, is no less of a trigger for inflation, which was 0.88 per cent in August, as higher gold and jewellery prices contributed 0.05 per cent.(Indonesia Business Daily)

(Jakarta News)Starting October 1, 2019, Google Indonesia has implemented a new policy that will increase VAT by 10% for users of advertising services on Google ads.

Hanif, an expert at the Institute for Financial Research and Development (I n d e f), estimates that the withdrawal of VAT through Google's advertising service will help to increase new taxes by about 600 billion guilders. That figure comes from 10 per cent of Indonesia's Google advertising revenue of 620 million rupiah.

But more interestingly, he says, a 10 per cent VAT on Google's advertising services is an important step in Indonesia's tax compliance, especially in the current digital economy. The same VAT must be charged for offline and online services. The VAT on Google apps should be the first step in taxing top services or other large companies. Such as Facebook, Instagram, YouTube and Twitter.

He acknowledged that VAT would place a burden on entrepreneurs who were still in small and medium-sized microenterprises. Because there are also many people who use paid advertising on online platforms to attract more markets.

He noted that the government encouraged Google to offer discounts to small and medium-sized businesses that advertise on Google. But it's basically done by tech giant Google and gets advertisers from small and medium-sized businesses. An important measure that the Government can take is to cooperate with Google Indonesia in the marketing of various SME development programmes.

He said the costs were certainly effective and measurable because of the collaborative guidance between governments and advertising service providers. That way, taxes are no longer a problem.

In addition, Google Indonesia requires customers with VAT collection status to provide proof of VAT payment by sending raw and signed physical documents. Google was unable to provide more details about the tax issue. If you have any questions, please contact your tax advisor.(Indonesia Star Chau Daily HD)

Malaysia's taxi boss is out of the opposite

The apology was then brazenly criticized by the Indonesian government

Jakarta News NetworkMalaysian taxi owner Datuk Shamsubahrin Ismail (DSI)He has apologized to our citizens for insulting Indonesia, and in recent days he has made a startling criticism of our government, saying that internet cars are a very bad profession in Indonesia because there is no fixed salary and low income. He said it was not the driver's fault that the drivers were paid, but the Indonesian government's decision-making was wrong.

DSI broadcasts videos of his remarks on his personal social networking site. Immediately caused an uproar in Indonesia, criticism of the voice, netizens urged DSI to immediately apologize to our government, or threatened to the Malaysian Embassy in Indonesia for a large-scale demonstration.

DSI insulted Indonesia as a poor country @lambe_turah social media, and the only problem was not the Indonesian community, but the work of the Indonesian government.

The Government wants to develop a telecommunications system in Barbuya

There will be 50 communications towers in the remotest Asmat District

This newspaperRudiantara, the minister of communications and information, said by telephone from Nunukan district on August 31st that the department planned to build 50 communications towers in the Asmat area of Babua in the near future.

Rudiandara and the governor of Asmat County, Babua, said via long-distance television that there were still many places in the Asmat area that had no communication channels, so the department would build 50 communications towers, 29 of which would be in remote and mountainous areas.

He said The district of Asmat, Baboa, is located in remote areas and the interior, but the government is determined to solve the communication problem.

The Ministry of Public Works and Housing of Indonesia and the Ministry of Public Works of Timor-Leste have concluded close cooperation in infrastructure. The partnership includes training activities, expert dispatch, internship programs, infrastructure and roads, bridges, living areas, administrative and water purification programs and construction services. The ministers agreed that the memorandum of understanding would not end until December 2019.

It is reported that the partnership is based on a memorandum of understanding agreement signed on 22 March 2011 between the Minister of Public Works of Indonesia and the Minister of Infrastructure of Timor-Leste, which was subsequently revised on 10 July 2017 to provide cooperation in infrastructure, residential areas, development cities and regions for infrastructure projects.

Minister Basuki said on 1 September: "I have lived here before, so I have met with my colleagues who are family members, such as the Minister of Public Works of Timor-Leste. The Government of Indonesia is committed to continuing assistance to Timor-Leste, particularly in the areas of infrastructure development and human resources development. "

Based on Basuki's decades of experience in East Timor, at least two reservoirs are needed in the country and in the Eastern Nusur region to obtain a water supply system in order for the country to become self-sufficient in food. On this matter, the Minister of Timor-Leste endorsed Minister Basuki's proposal to send reservoir experts to build the reservoir.(International Daily Ing) 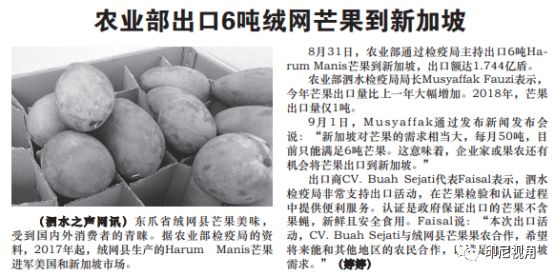 Central Java has a good harvest of garlic 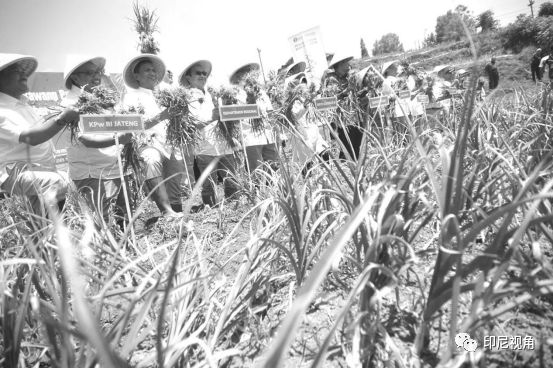 Garlic in the foothills of the Slamet Mountains in Central Java is getting a good harvest. Pictured is Sugeng/left, vice-president of the central bank, and Taufik (left), a representative of the central bank branch in the city of Tsinge, attending a harvest event for farmers.(International Daily News) 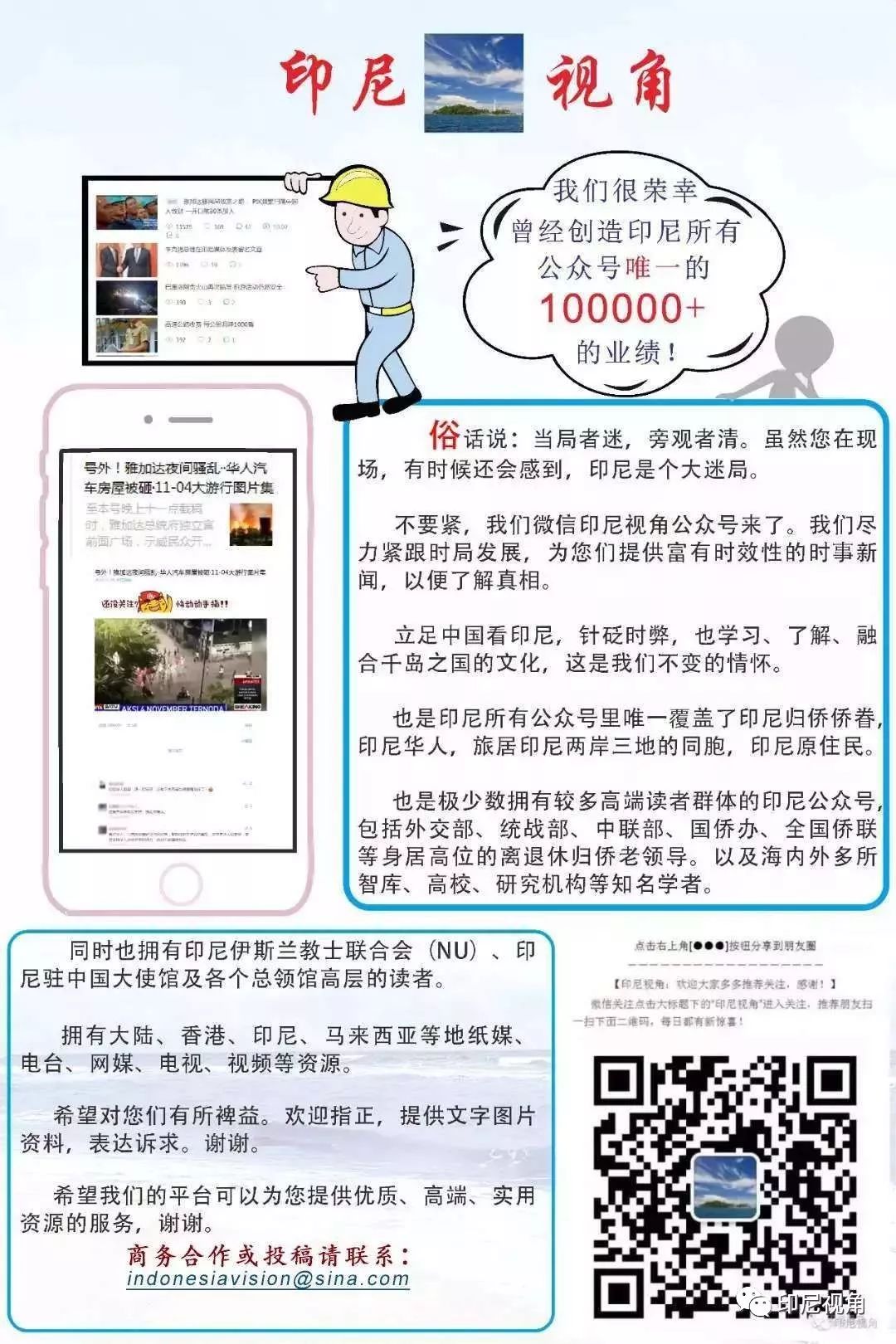 Blame! Inflation has risen as the price of chili peppers has risen Google's advertising tax revenue is high and the Malay boss and the Indonesian government have been scolded
Up to 200 words, currently totalWord.

Google uses big data to talk about the future of creative advertising
After reading Google year-end ads, too burning, Baidu, know anxious!
Can Google, which doesn't want to make money from advertising alone, make mobile hardware from AI?
Google bans all cryptocurrency ads, but doesn't go all out into the military blockchain!
Su Qiugui: The long-term benefits of Google's advertising