Why can't mainstream video sites in China skip ads in 5 seconds, as YouTube does?

This is Dora's first original

After seeing a friend ask the following questions in 2014, YouTube can still skip ads after 5 seconds, and domestic videos still don't use this ad model.

If YouTube simply reduces ad exposure for the user experience, duck doesn't have to 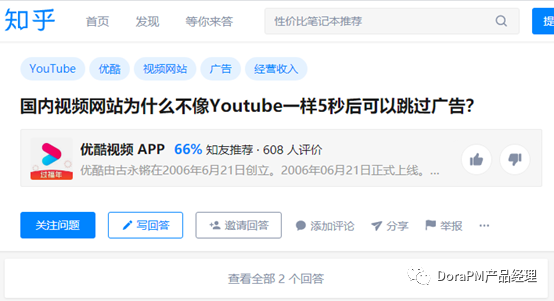 So why would YouTube do that? Is the domestic video site at odds with its approach?
To conclude first:Everyone's video advertising model will be inconsistent the root cause is interest-driven, we have chosen the video platform profit-maximizing advertising form. 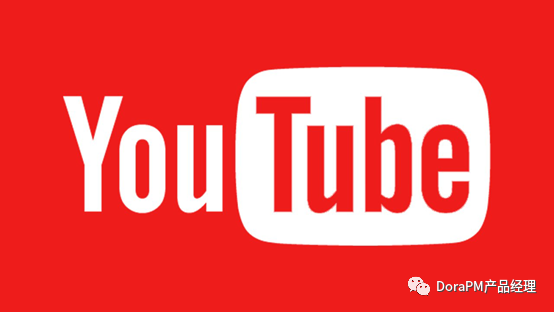 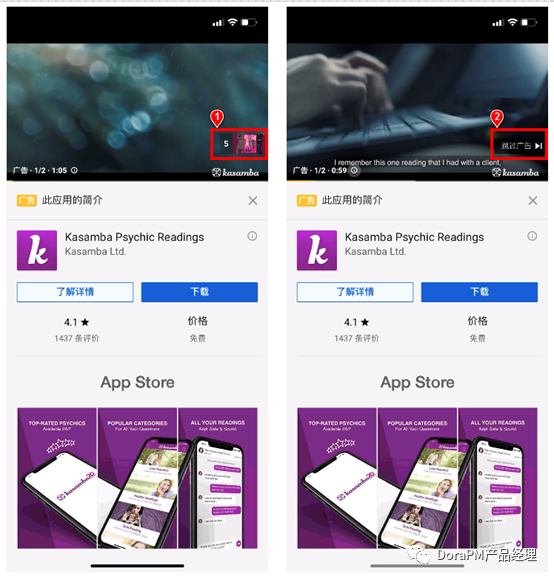 What are ads that can be skipped after 5 seconds?
As shown in the image above, the red box is a 5-second countdown, after which you can skip the ad by clicking the button. "YouTube ads can be skipped after five seconds" is called TrueView Ads.
In December 2010, TrueView ads were online. Publicly available, more than 80 percent of YouTube's advertising space is TrueView ads. From foreign TrueView ad serving data analysis, the click-through rate of users increased significantly, the average length of stay increased by 15%.
The so-called TrueView ad is a form of advertising that YouTube has introduced to advertisers, Avertiser, where users need to watch ads for five seconds and choose to skip ads and start watching video content after five seconds of ad playback.
TrueView translates as Chinese "real viewing" and YouTube considers it "real viewing" if users watch an ad for more than 30 seconds or click on it. As a result, TrueView ads are only charged if "viewers watch more than 30 seconds" or "interact with the ad" or "the ad itself is less than 30 seconds and played." 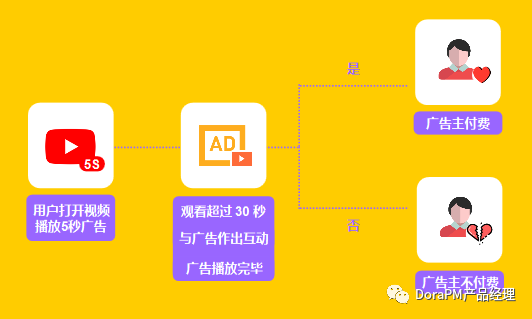 YouTube is not all videos have "TrueView ads", the author saw some UGC users to upload / video length of video, no ads, directly can watch.
Some ads on the UGC Video Details page are split with UGC content creators, who (i.e. video uploaders) can apply to become "collaborators" if they meet certain criteria. They can choose the type/location/or even the area of the ad, and they can split the revenue from those ads.
Users won't see ads if they don't qualify for a video, or if Partners choose not to advertise on the video page. Last year, YouTube paid creators more than $8.5 billion for advertising, an incentive that in turn inspired more creators to get creative.

As the screenshot shows, these 5 seconds are not only the video area is advertising, anywhere is simply luxury advertising family bucket. Because everyone wants to skip ads, keep their eyes fixed on the screen, capture the user's full attention within 5 seconds, full-screen ads can maximize the number of ads and exposure. This skips the design of the ad button,You're a fine product of yours。 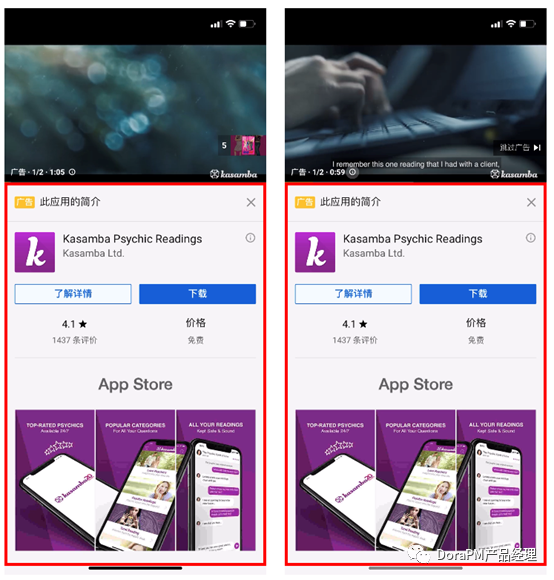 The ad skipped and played the positive film, thinking that he had escaped the fate of watching the ad? Users have long been made clear by YouTube, and a number of TrueView ads have been inserted at the yellow dot of the video timeline, with horizontal and playlist ads below the video (shown below).

What are the benefits of ads that YouTube can skip after 5 seconds?

The main reason is interest-driven, which is more profitable.
1. Experience: 5 seconds after you can skip ads, compared to can not skip, in the user experience is better.
2. Advertising touch: because everyone wants to skip, everyone will stare at the screen, get the user's full attention within 5 seconds, so as to effectively improve the real exposure of the ad (unlike the domestic 1-2 minutes of advertising, you can go to the toilet, tea, WeChat and so on, the advertisement is finished, but you do not see a second).
3. User circle layer: the background interpretation has the advertiser pay description, through the "skip" this interaction, you can layer the user, only to pay the user who is really interested in the ad. Spending advertisers' money on cutting edges provides advertisers with more intuitive and controllable data on ROI calculations and budget control.
Also for the brand to interest as a screening criteria for audience matching, thereby improving the effective reach of advertising, reduce the possibility of loss of video site users.
4. Optimize advertising: optimize the quality of advertising on the platform from the underlying mechanism. In order for users not to skip advertising, advertisers need to control the creative advertising, planning, design, carrier, paper, etc. , the first few seconds of manufacturing gimmicks to hang the appetite of the audience, so that users willingly choose to watch. TrueView is a win-win virtuous circle that improves TVC quality while improving the video viewing experience for users. 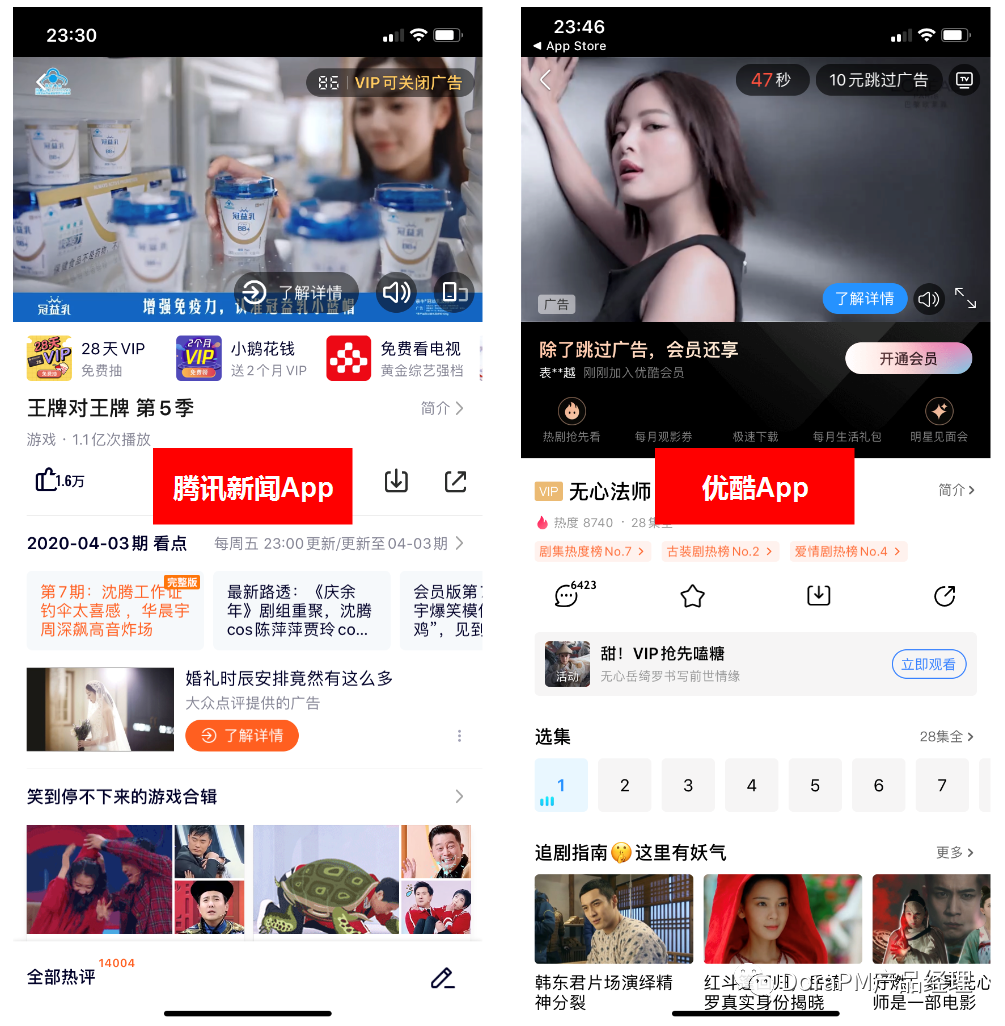 Why can't video playback (pre-roll) patch ads on websites such as Tencent Video Youku in China skip?
Because TrueView advertising is not a profitable form of advertising for domestic video platforms. Here's why: 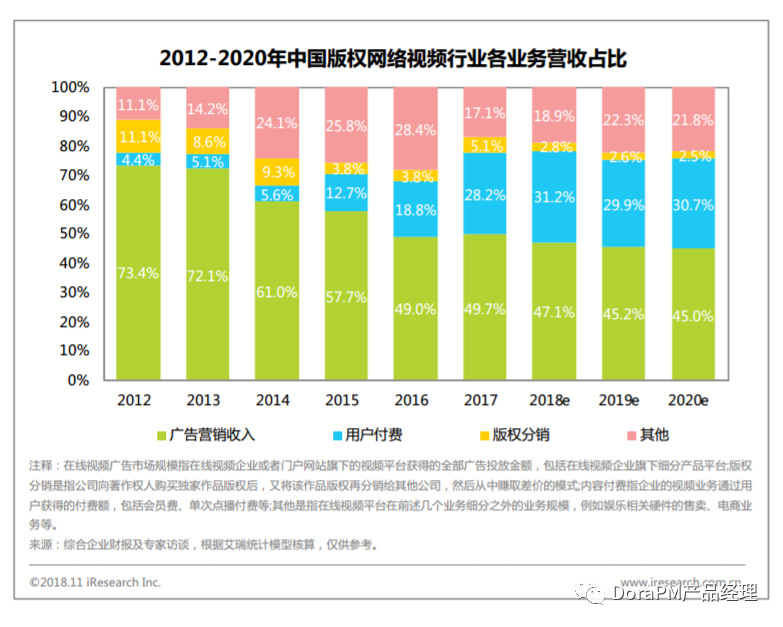 Just said that Youtube's content has film and television works but more UGC, are provided free of charge by users, and Tencent video Youku's film and television works, non-self-made solo rights are purchased in heavy money, which is bound to be larger than its operating costs, then Tencent Video Youku needs more cash channels to make a profit.
The longer the advertising example can be higher, Youku such domestic video sites rely on the income of members can not support their normal operation, a large number of embedded advertising magazines are nothing but to obtain greater benefits, help to develop home-made programs, form their own content matrix, form a competitive barrier.
We all know that in Tencent video Youku open members can be free to watch ads, if 5 seconds can skip ads, then the difference between members and non-members is not so obvious. Open the member's money channel will be cut off.

YouTube's TrueView ad format, which uses a spot-ranked selling model, can cause advertisers to compete for advertising resources for keywords or popular videos, resulting in a corresponding increase in CPM.
Youku had previously tried TrueView ads, but later canceled them. Because if only one company does this, it will directly lead to a free-falling user click-through rate, the results originally estimated to customers can not achieve the ultimate impact of cooperation, but also led to some targeted CPM customers their CPM volume can not be completed as expected.
Thus customers, advertising companies simply look at the data, will reduce the amount of video media delivery, and switch to other video media.

The author has friends in the advertising company, according to its narrative, advertisers only look at the "show volume, show time", the actual number of conversions brought is not the focus.
Domestic advertising like simple rough, some even directly to you the same sentence shouted three times, the overall view is not very unique and creative (here refers to the whole, domestic advertising is still very good, but the overall average is not particularly excellent).
Also because the quality of advertising is not high enough to attract users "do not skip ads", then if there is a 5 seconds to skip the button, then everyone must skip, domestic advertisers can not tolerate their own ad exposure / click reduction.

With more than 2 billion monthly active users worldwide, Youtube's position in the foreign video market is so high that TOP1 is unshakable. Youtube is Google's, Google products in most countries and regions are in the leading position, so foreign advertising mainly ads, can not bypass Google products.That leaves Google with good bargaining power when it's dealing with advertisers.
But the domestic video market, Ai Qiyi, Tencent video, Youku Tudou, as well as Sohu's, headlines, vertical watching Anglo-American drama / Korean drama / Japanese drama / Thai drama all kinds of video platforms want to fight for the head to do a brother, their own advertising form is afraid to change easily and widely, the safest way is to hug the group.

Youtube is owned by Google, which also owns a number of products such as Google Search, Gmail, Google Maps, Google Chrome, Google Play and Android. Google's strong account system, corresponding to the resulting large and accurate user data.YouTube's TrueView ad format, which relies on Google's big data, allows advertisers to measure the true exposure of ads in advance.
Based on Google's big data analysis, analysis of users' hobbies, thousands of ads, YouTube is confident that you can constantly optimize the recommendation of more suitable ads for you, do not worry about users 5 seconds skip (skip is also to collect user information to choose the next better target), to achieve higher business value.
And domestic video site ads, unless with "BAT" "TMD" "through the data, otherwise can not serve personalized ads, if not the user needs ads, then if there is a skip button users will choose to click skip.
ps: There are now domestic video sites/APPS (the first pin-up app and everyone video app in the image below) that use TrueView ads, as do Tencent Video Youku's long-tailed videos. 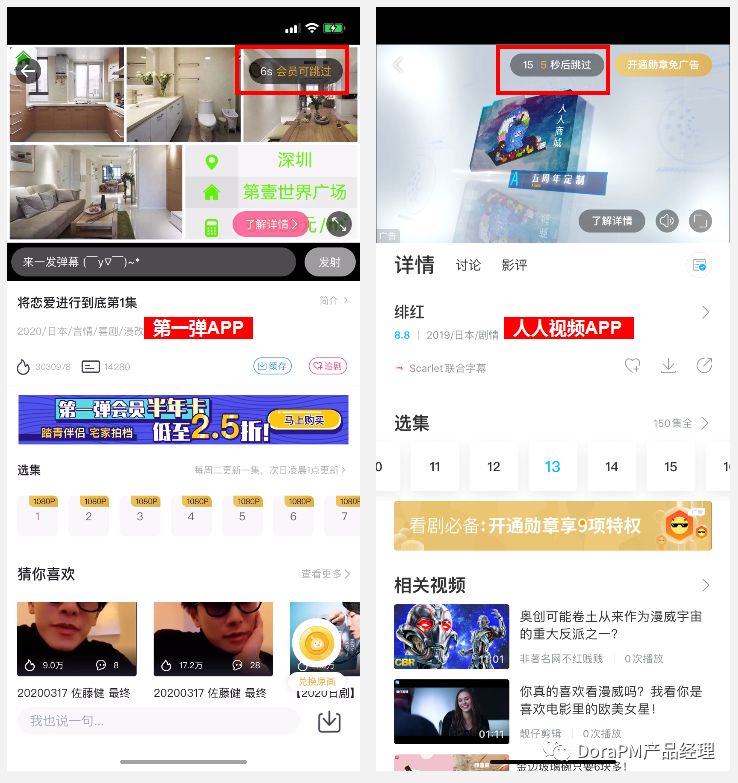 It's not easy for newcomers to be original
"Looking" is the biggest support for Dora
Thank you all
👇 👇 👇
Labels are not available during preview
The article has been publishedModify.
Read.
Synced to have a lookWrite down your thoughts

Why can't mainstream video sites in China skip ads in 5 seconds, as YouTube does?
Up to 200 words, currently totalWord.

Facebook, YouTube, Snapchat video ads are driving cPM's rebound, the digital advertising market thaw? Flying books are out of the deep
Media reports . . Hand swimming out to sea, how to put video ads on YouTube for the game guide 100w plus
America's hottest advertising agency makes $30 million a year from scary years, brushing YouTube!
Essentials for promoting popular social platforms overseas: YouTube, Facebook Creative Downloads and Website Analytics
China's online video users increased 5.2 per cent in the first half of the year; Youtube plans to shift its profits to advertising; and Weibo buys a live stream for this week's news