China's online video users increased 5.2 per cent in the first half of the year; Youtube plans to shift its profits to advertising; and Weibo buys a live stream for this week's news

On November 26th, the official headline of today's counter-rumours, "Headlines", announced the launch of the "Zero Rumors" anti-rumour programme. It is reported that the platform will be based on the quality of content each month, screening out 100 high-quality disinformation content, cash incentives, the amount from 300 yuan to 3000 yuan.

2. Byte beat with the NBA to form a long-term global partnership

On November 27th the NBA and Byte Beat announced that they would begin a long-term global partnership. From now on, NBA short video content will be distributed on today's headlines, watermelon videos, jitters, and jitters overseas version of TikTok, reaching users around the world.

It is reported that in the United States, Brazil, India, Indonesia, Japan and South Korea, the content will be presented Chinese this statement. These include NBA daily event highlights, behind-the-scenes highlights, pictures and news, covering the NBA regular season, All-Stars, playoffs and Finals.

3. YouTube intends to provide most of its home-made content free of charge to all users, and to turn to advertising in a profitable way

On November 28th foreign media reported that from next year, YouTube will offer most of its home-made programming free of charge to users in a profitable way. At that time, the average user will be able to watch videos on YouTube for free (except for dozens of movies and TV shows previously offered to YouTube Premium subscribers), and paid YouTube Premium subscribers will no longer have the privilege of watching home-made content, but will still enjoy the right to advertise home-made content.

It's been three years since YouTube's paid service was launched, covering 29 countries, but officials have not disclosed the exact number of paying users.

6. Weibo confirmed the acquisition of a live broadcast, will work on the video business

7. Director General of Radio and Television: Short video platform management norms will be published in the near future

On November 29th, the 6th China Network Audiovisual Conference was held in Chengdu, and the Party Secretary and Director of the State Administration of Radio and Television attended the opening ceremony and delivered a speech.

At the meeting, the Secretary of the Party Committee of the State Administration of Radio and Television, Director-General Yan Chen revealed that under the guidance of the General Administration, the China Network Audiovisual Program Service Association within the United Nations major video websites, developed the "Network Short Video Platform Management Code" and "Network Short Video Content Audit Standard Rules" 100, will be announced to the community in the near future.

8. Byte beat Yang Jie: Jiyin short video is becoming a new catcher of the cultural brigade to help the poor

On November 29, Yang Jie, general manager of byte-beating poverty alleviation, announced the official launch of the "Mountain DOU is a good scenery" project, which will be based on the main platform, from the four aspects of traffic tilt, talent training, product function and official certification of jitter to achieve precision poverty alleviation. Yang Jie believes that the short video is becoming the new catcher of the cultural brigade to help the poor. About 30% of the 100 most popular county attractions are located in poor counties, and four of the 10 most popular counties in Jiyin are poor counties, according to the Jiyin County Attractions Data Report.

On November 30th Tan Siliang, the founder of Fun Headlines, said at the Fun Ecology Conference that the "sinking market" would dominate china's Internet market over the next three years. At the same time, fun headlines will also focus on two major strategies in the near future: First, in the next six months, the platform for content producers to provide a share of 2 million yuan per day, the launch of a series called "fast track" signing program; 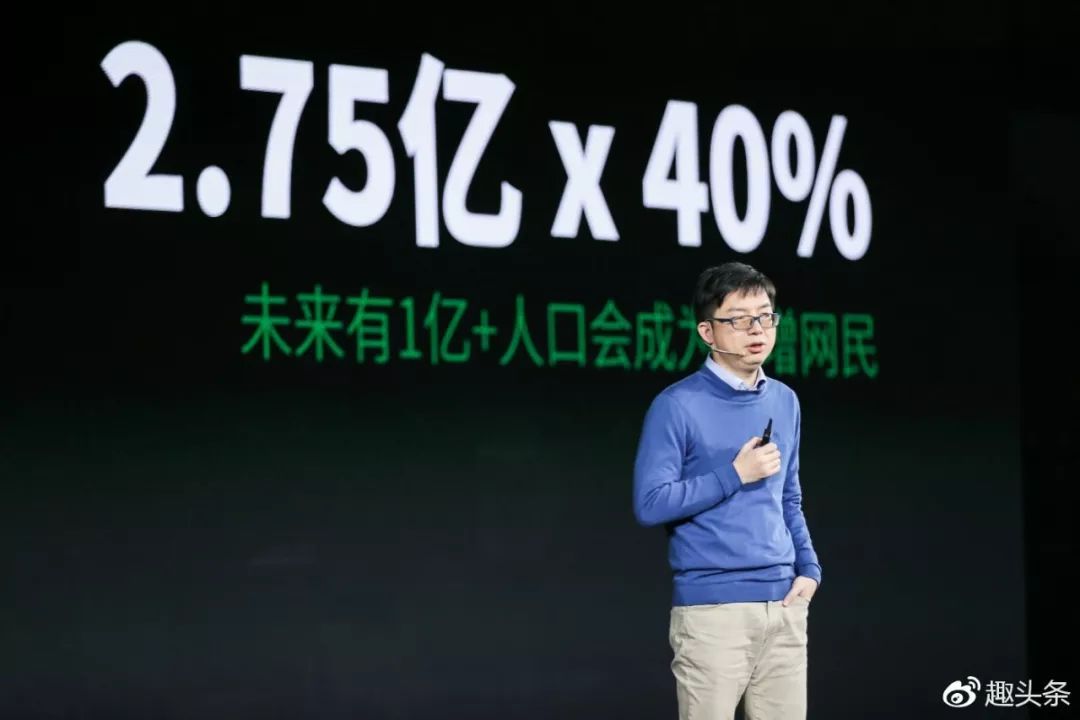 10. Today's headline launched a "headline jury" in which users can vote on the handling of small videos

Recently, the headline small program "headline public welfare" and the headline small video co-launched the "headline jury" to open a new model of network sharing and co-management. Users can view the small video and the type of report and vote on whether the video is offline or otherly processed. The headline jury adopted the principle of minority obedience to majority and rated it with a seven-tier honor rating based on the number of cumulative review videos of online volunteers, with the highest honor level being "Little Video Justice." 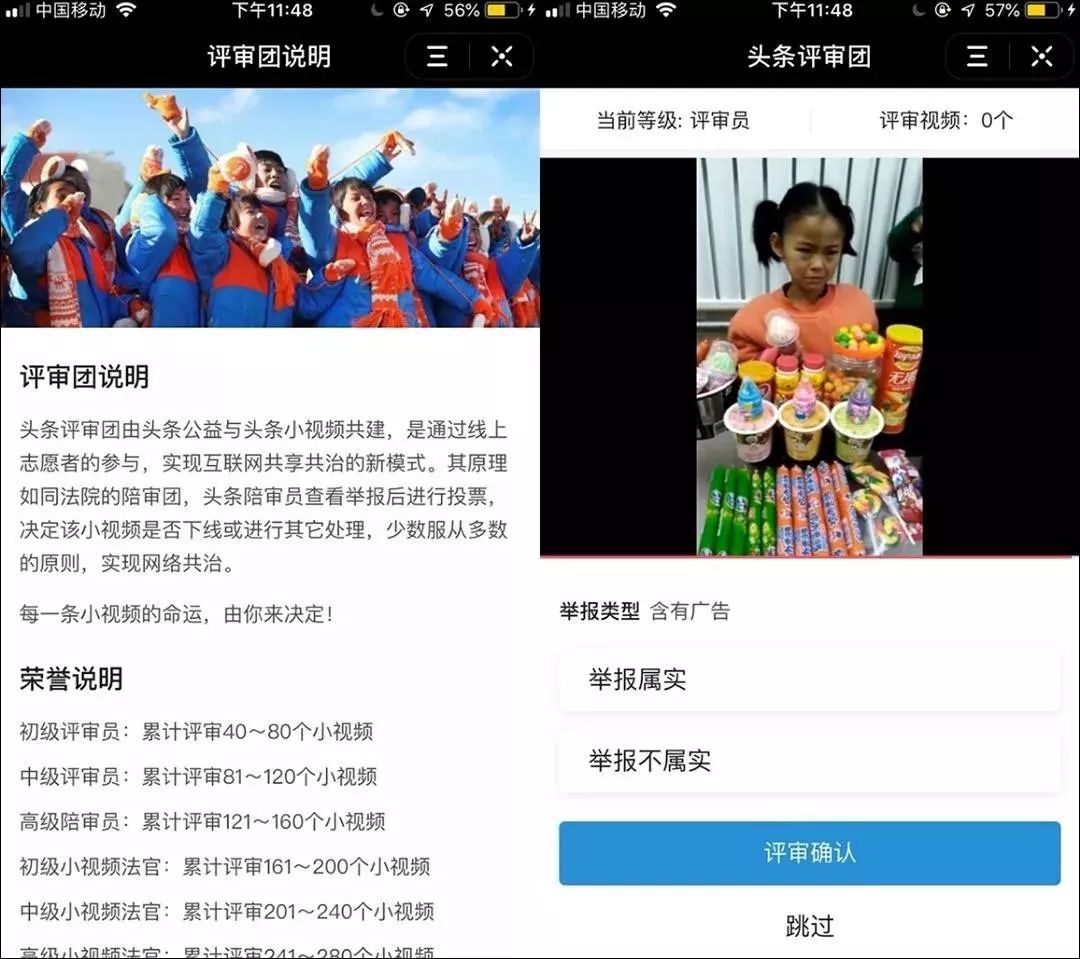 11. Second, with the People's Daily client, Youku and other joint release of a number of documentary series

Recently, two more in the "2018 Media Summit" and the second and fourth anniversary of the event, will be jointly released with the People's Daily client tourism channel "Youth Walking Plan";

4.Who triggered the crisis of trust between advertisers and content creators?

3.Vlog wind mouth is beginning to appear: big man layout, cashing out the beginning of form,There is a lot of demand in the market

2.How to deal with the weak growth of the jitters? Shake The New Top50 tells you the secret to soaring

1.Industry phase-out accelerated, how to find their place in the segment drama? 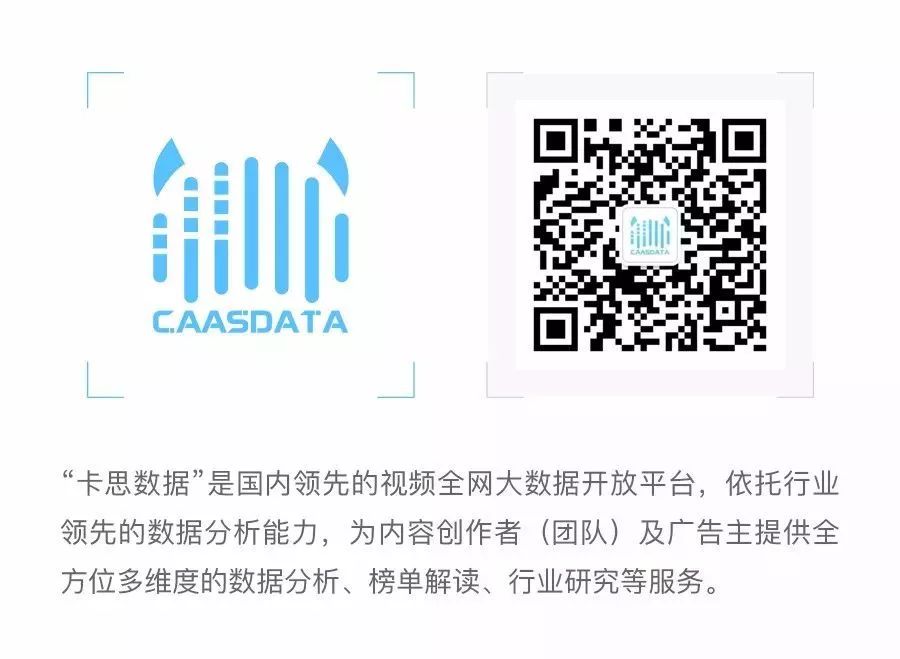 China's online video users increased 5.2 per cent in the first half of the year; Youtube plans to shift its profits to advertising; and Weibo buys a live stream for this week's news
Up to 200 words, currently totalWord.