Listen to the article via Vera FM 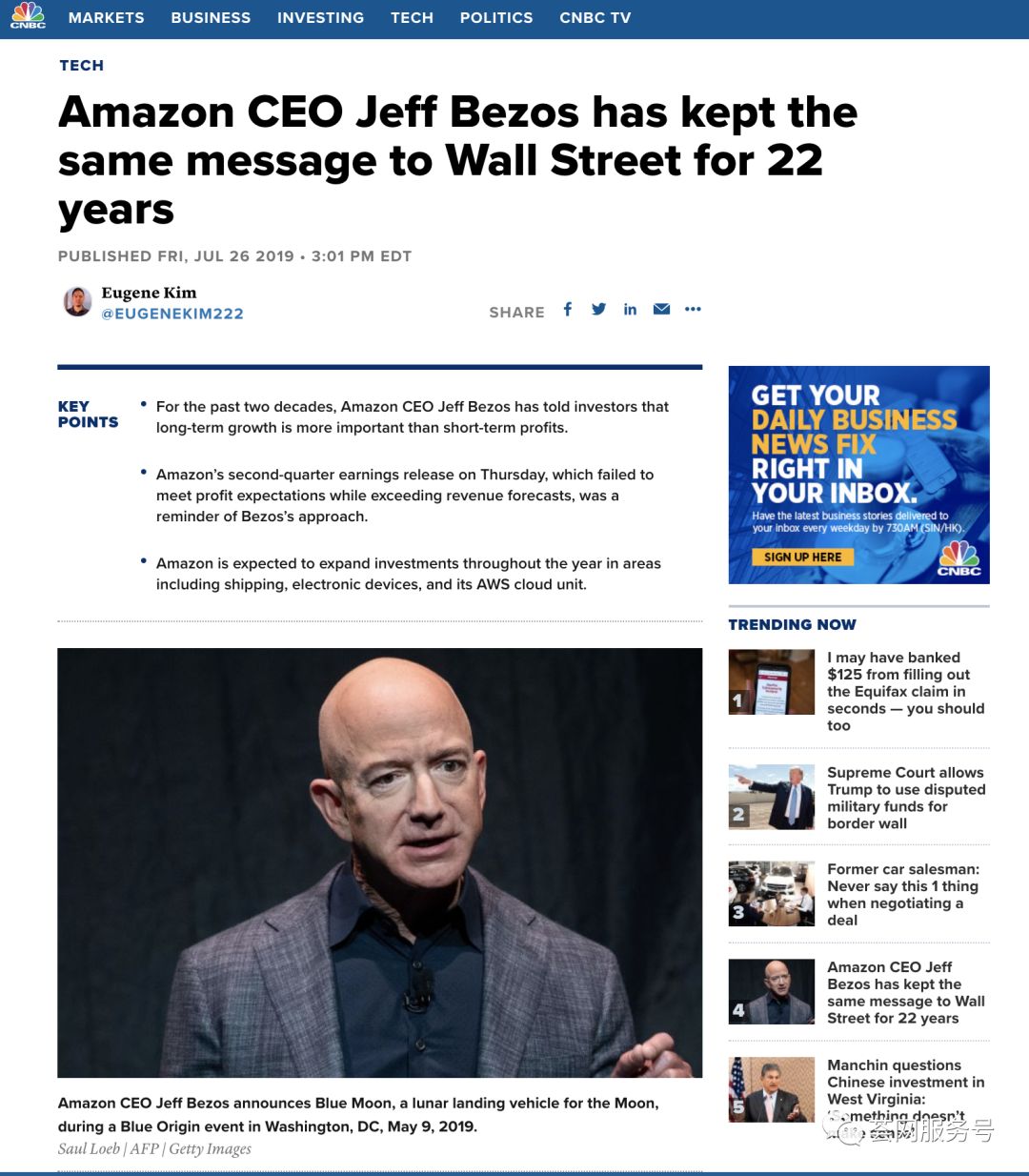 While Amazon hasn't disclosed much of this year's Prime Day sales figures, last week's results showed strong sales growth despite a drop in profits, while Amazon Advertising is pushing new services and opening Amazon TV online advertising to third-party merchants for the first time. How does Amazon TV's ads work, how does it differ from Google's latest YouTube gold ad, and is it suitable for Chinese sellers? Today, vera network will be shared in depth.

Data released by Amazon last week showed overall sales rose 20 percent in the first half of the year from a year earlier, $1 billion higher than market expectations, but profits were only as good as the market expected. Bezos, as Amazon's founder and CEO, announced that Amazon's profit decline was the same as Bezos's commitment to the market 22 years ago: Amazon will continue to invest in tomorrow, which is now "the same day that Prime members are deployed across the United States."

Bezos believes that this year's holiday season, Amazon's killer is "same-day delivery" or "24-hour delivery", and that he will do as much as possible to make Prime members completely free。 If so, Amazon will use this as an overwhelming advantage to absorb most of the online shopping orders from consumers across the Country this holiday season!

In this regard, Vera.com believes that Amazon should not let consumers bear the cost of 24 hours or same-day delivery, and the real related costs will be borne by third-party sellers, andAmazon's FBA fee growth in the second half of the year is almost unseeded。

We have to say that Amazon is constantly opening up the U.S. end-consumer market to Chinese suppliers that was previously almost untouchable. Because in the past, alibaba has been unable to really show its products to end-consumers on a massive scale, but Amazon has done so through its nearly 100 million viscous Prime members around the world. Just last week, Amazon announced it would open its TV advertising space to third-party sellers. Unlike in-site ads on Amazon, Amazon is now commissioning TradeDesk, a third-party media advertising platform in the United States, to screen advertisers and ensure the quality of their ads.

2. Filter the target customer base entirely through big data, e.g. judge the best ad playback time for the customer through the smart lock-out time in the consumer's home, understand the type of music the consumer likes through the customer's radio turn-on time, and push the products that may be purchased;

3. Refer to the advantages of Google and Facebook's re-marketing features, such as: the length of time customers watch ad videos, click-through rate, etc., to accurate target customers for continuous delivery;

6. Finally, TradeDesk can not only advertise to consumers, but also allow merchants to see complete data analysis in the back office of TradeDesk, and will be able to manipulate the channels and budget of advertising;

From this we can see that Amazon TV's gold advertising space was outsourced to TradeDesk after a multi-pity review. If you prefer, you can also visit www.thetradedesk.com for more information. But the network reminds everyone that now Tradedesk's advertising is expensive, we can consider whether to run according to their own actual situation. 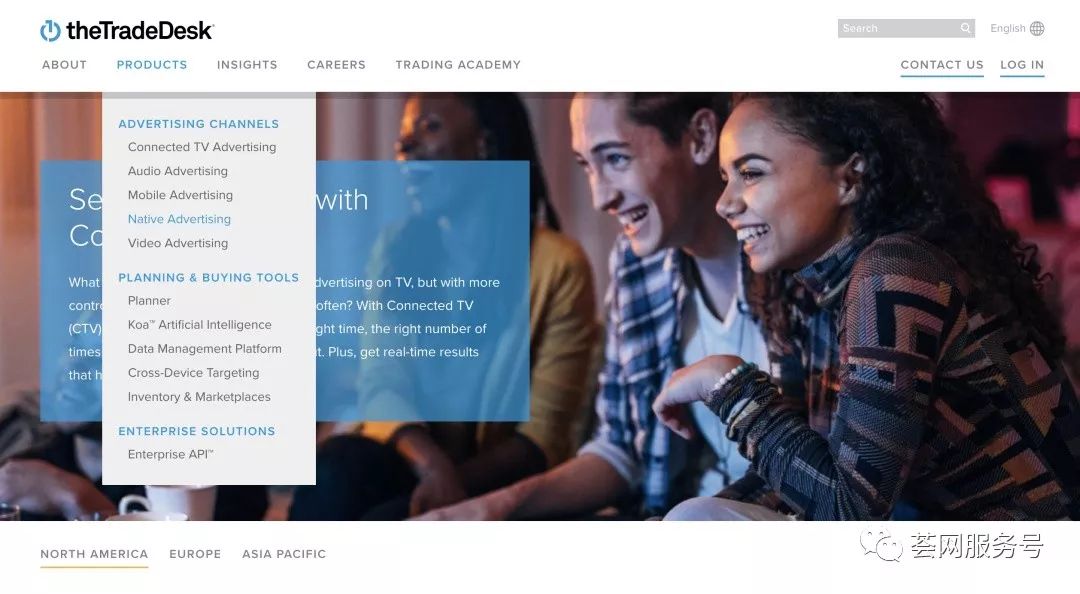 The big data mentioned above is the main reason for the official U.S. government antitrust investigation against Amazon. Last week, Treasury Secretary Steven Terner Mnuchin said on CNBC News that Amazon as an e-commerce platform is destroying the entire U欽.S. offline retail industry, and more revealed in the report that Amazon is destroying third-party sellers through big data.

Secondly, through the full data monitoring of each product, to understand the relevant product sales profits, market demand trends. If a category is particularly competitive and unprofitable, then Amazon will let third-party sellers compete with each other, and eventually get a certain amount of free traffic for high-quality third-party sellers through the "Our Brand" program, but in the long run it's actually developing a brand for Amazon;

Third, if the related product category is more profitable, the competition is not particularly fierce, then Amazon will develop their own products, and fully cultivate their main line and regional brands to quickly seize the category advantage, the most typical case is Amazon's Alexa smart home category products, as well as Amazon-trained dozens of clothing and beauty brands;

Let's not say how much impact this antitrust investigation will eventually have on Amazon, howeverIt is important to realize that mastering every consumer's complete shopping data is an important means of operating cross-border e-commerce sellers today. 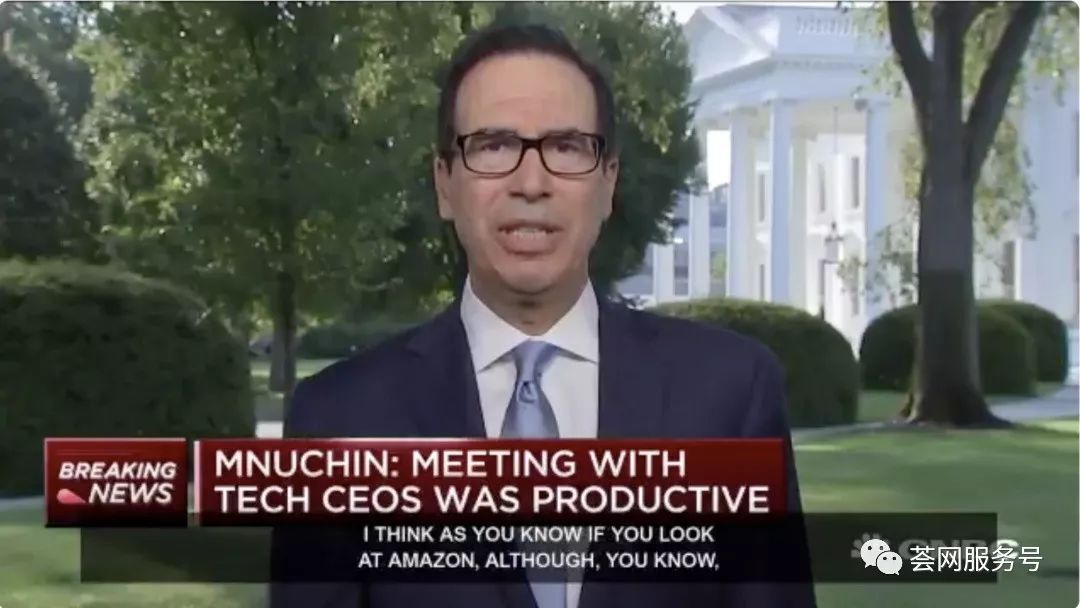 However, getting data on Amazon can be difficult, starting with Amazon's complete confidentiality of customers' mailboxes and the threat of a seal that prohibits anyone from contacting consumers directly. At the same time, Amazon offers virtually no data analytics and forecasting capabilities similar to Google Trend and Facebook's Audiance Insight. At the same time, while Amazon recently launched a data analytics feature that can target different consumer groups, advertising and re-marketing specific groups of people is almost impossible to achieve from within Amazon.com.

Because Amazon is too tight on data blocking, and because third-party consumers are unable to operate with true precision through data analytics, it often creates a range of operational risks. Because of this, Shopify as today's most fully functional all-network marketing platform has been more and more sellers recognized. Since the end of 2017, amazon's new sellers are slowing, while Shopify's number of accounts is soaring. With Shopify, you can integrate all the traffic from standallomp, search, social, email, SMS, and more into The Backstage of Shopify, and continuously re-market and convert orders through Google, Facebook, MailChimp, and Klaviyo while fully monitoring customer behavior.

(3) The price is much lower than Amazon TV ads and is charged only for every 1,000 impressions

(5) Cross-device exposure can be up to 7 million times

On Friday (July 26), Shopify and Google officials went to the vera training site to train and share vera staff throughout the day, while Shopify invited a small number of independent web users to become the first sellers in China to enjoy Shopify distribution, and Google teamed up with Vera.com to conduct an invitation-based small-scale sharing of vera operators, and will help you increase sales of independent stations faster from now on.

At the same time, after we trained you in Facebook ads in June,There have been more and more vera network vera (cross-border e-commerce sellers of vera network services) feedback has been an immediate effect.

Vera.com believes Amazon will continue to have an absolute advantage for the next 2-3 years, but its growth is likely to fail to meet the growth needs of existing sellers with monthly sales of more than $300,000. Whether balancing risk or seeking new breakthroughs off-site, Vera.com will try to help them get a better start from Shopify, Google and Facebook as they continue to boost Amazon sales! 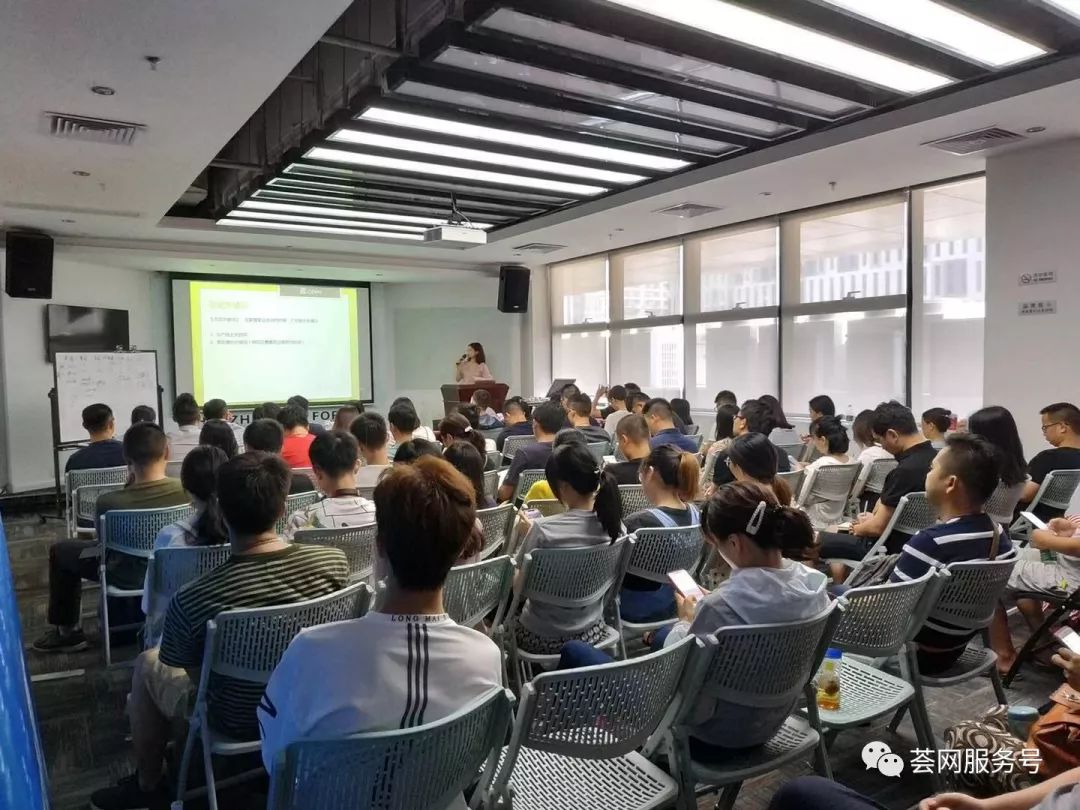 The next day Shopee oversold training 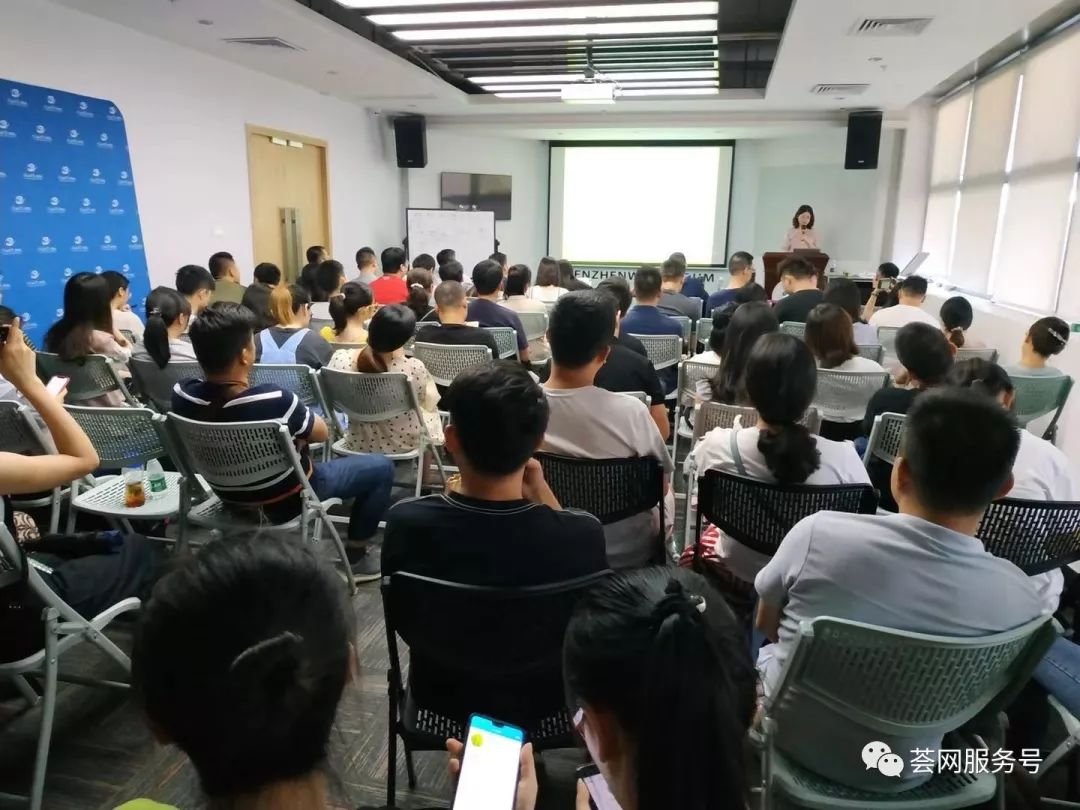 Shopify training on the third morning 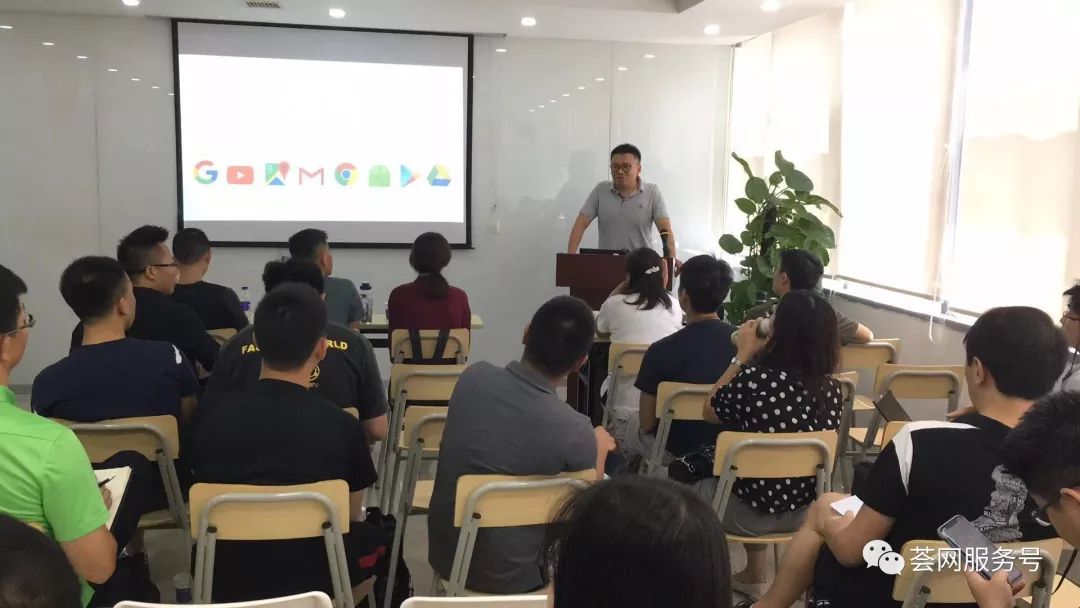 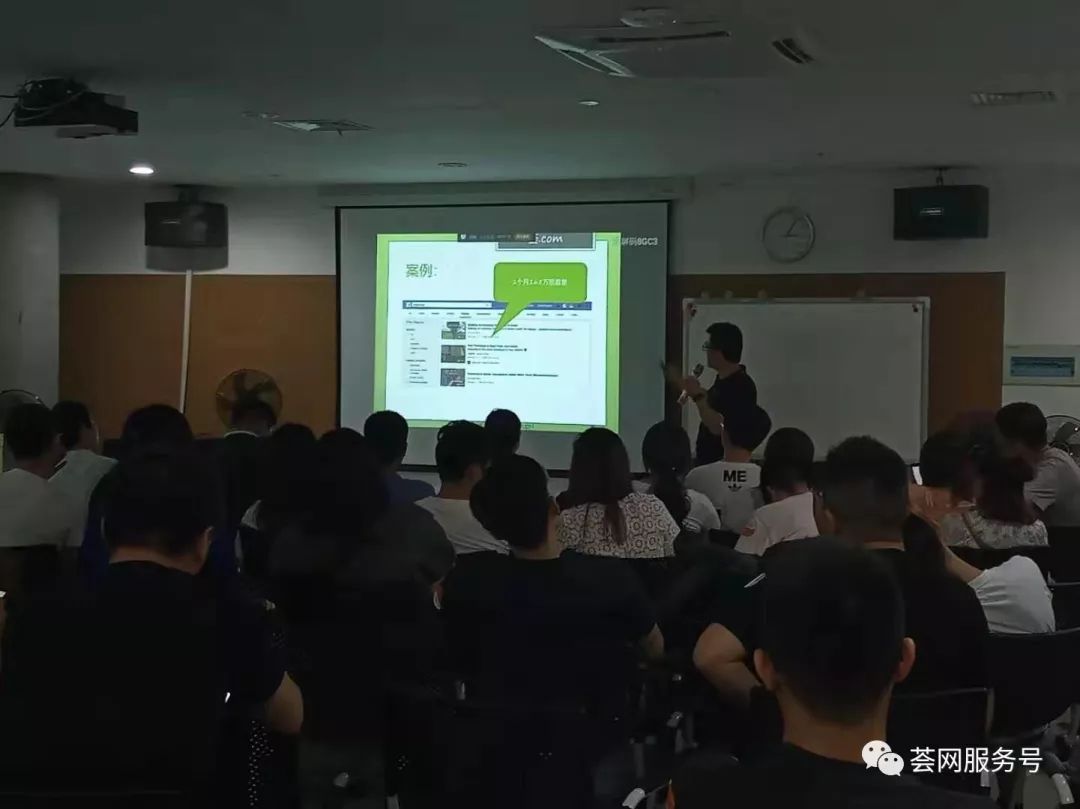 Shared at Amazon(Shenzhen) headquarters on Saturday 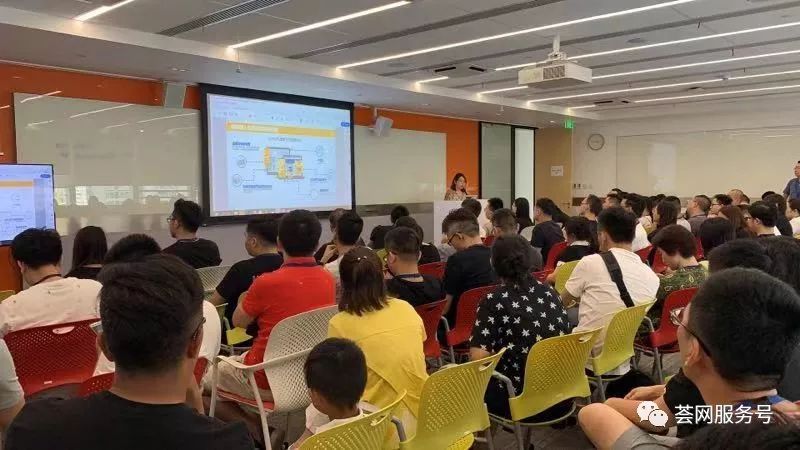 - Help the rapid growth of the vera staff -

As Amazon's FBA inventory and competitive pressures mount, more and more sellers are exploring new independent station operating models. Vera.com was a beneficiary of independent stations and Google and Facebook promotions when it was a seller, and now we're fully united with the best operators of independent stations overseas, as well as Google, Facebook and Shopify officials paving the way for vesicators to take fewer detours and see revenue increases as quickly as possible.

Because of this, all those who meet the following conditions, vera network will work together to help you with Google, Shopify, Facebook official in-depth exchanges, access to a full range of official guidance and promotion resources. The relevant conditions are:

Sweep the code to register to participate

Why do more than 3,000 excellent cross-border sellers join the network?