The era of dividends for digital advertising is over

Included in the topic
#营销行业观察
15 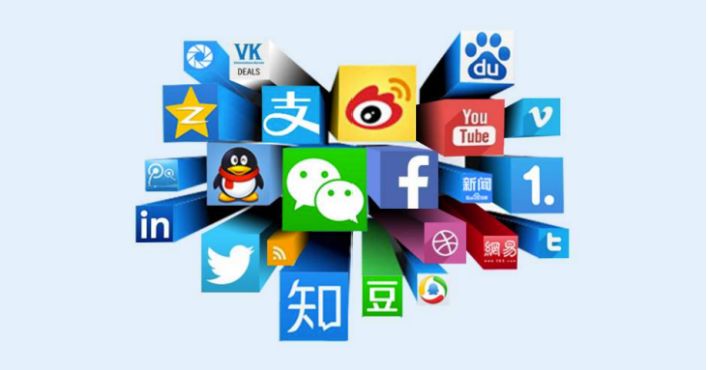 Figure from the network

When Alipay bill, NetEase cloud music and other large platform year-end summary, as scheduled when brushing the screen, can not help but observe and think about this year's advertising circle really out of the works.

Pointing fingers, not counting one.

The year-end summary of the big platform is home-made things, relying on their own platform and traffic, expected.

And some media summed up the 2019 advertising circle brush screen works, what brush screen, but in the circle of loud voice, those summary list is really self-talk.

Last year, the eve of the Spring Festival, "what is Peppa" let advertisers at the end of the year raised their eyebrows, exhaled freely over addiction, this year is the end of the year, from the beginning of the year to count over, there is really not a brush screen-level works.

When we swiped the H5 page of Alipay and NetEase Cloud to look at our own year's past, we thought that just two or three years ago, H5 was still a battleground for creativity.

At the time, video and H5 were on the screen in turn, and last year and this year, it was hard to see.

Year-end summary brush screen is expected, did not expect that the network once spread three sets: film, H5, posters, the spread of power even withered so quickly.

In just a few years, these routes are tired of playing, it is difficult to break through the advertising circle of the circle layer.

The era of dividends for advertisers' digital advertising is over.

Technology development: the biggest dividend of the brush screen era

Around 2010, it was the first year of the mobile Internet, and by 2015, the Five Years, the Internet was moving forward normally in the overall situation.And what really benefits the advertising circle is that some platforms are perfect and open to some technical details.

For example, weibo, WeChat public number, small programs, H5 and so on, these media carriers, constantly pouring into the billion-scale users, constantly correct debugging. Advertisers use these technology carriers to develop fun and novel forms of advertising.

A few years ago, we saw H5 one more novel, some never-before-seen, complex interactions, complex animations, constantly refreshing the eyeballs. This is the best time for H5, advertising companies to develop new forms of interaction, how many free ideas and ideas, grafting H5 carriers, become brush screen-level works.

H5 production, therefore, more and more to the complex trend of evolution, to later H5 production even reached a million levels.

Earlier novel forms and interactions, so that consumers see a bright, did not play, naturally aroused curiosity, forwarding sharing, and then the form without innovation, aesthetic fatigue, H5 gradually returned to the simplest form.

In just 3 years, H5 has gone from simple to complex to simple.

Behind this is actually the development of technology, bringing a new form of advertising, thus generating new content, get the effect of brushing the screen.

Similarly, for WeChat public number, the same is true, from the beginning of the article broke out, to the back of the picture, now hot long-picture comics and so on.

At that time, the antelope map took the lead in a novel form and production, harvest the dissemination effect of the national brush screen, and create the era of WeChat public long map.

By now, long pictures and comics are too normal.

Most of the earlier brush screen cases have taken advantage of technological development, but now the advantages of technology is almost exhausted, the competition is the content of creative power, early years with the help of technology fame of internet creative companies, now some silence, some have been a year rare out of a burst of work.

In previous years, the mobile Internet has been rich in technical details, for advertisers to provide a lot of forms to play, perhaps still many people still do not realize that the technical advantages of the year provide the lowest level of screen brushing help.

Now the advertising circle has passed the previous period, entered a period of steady development, technology has been perfected and matured, the brutal growth of the dividend era has passed, have to test the real internal work.

When the wild development came to a stable period, Internet advertising came to the second period: the period of content, this period is the real work.

In the last two years we can obviously observe a phenomenon is: the advertising circle to make brush screen-level works have been very difficult, but the circle of friends did not brush the content of the screen?

Still, some internet red, live, and even grass-roots content creators, began to gradually appear in the public eye, their content is often new, they have a big action, can produce screen-level dissemination.

Yes, the advertising world has been overwhelmed by some folk content creators.

This is the fundamental reason why it is difficult to appear brush screen works in today's advertising circle.

In recent years, the emergence of the national content creation platform: shake the sound, fast hands, live broadcast and so on, so that the whole people participate in content creation, hundreds of millions of users compared to the advertising circle hundreds of thousands of people, of course, the down-dimensional blow.

Where can the advertising circle be compared to the creation of content for all?

The popular participation in the creation and dissemination of content has led to another escalation: the threshold for content stimulation has been raised.

In previous years, slightly newer content could get a considerable amount of communication, but now people's demand for content is increasing, stimulating people's excitement.

This requires the content to constantly enhance the stimulation force, in order to really stimulate people, in order to cause the spread.

In this inference, today's self-media industry is fully in line with such evolutionary rules, the content scale is getting bigger and bigger, the title is getting bolder, in order to stimulate people to click.

What about the advertising world?Advertising circle content creative power to keep up with the overall content changes of this era, it seems not, so brush screen-level works continue to reduce.

Advertisers create their own videos, H5, posters, pictures, in the content is not even comparable to the anchor, network red, big V. Brands are starting to go straight to these kols to do brand communication, which also suggests that advertising companies, especially those that specialize in Internet creativity, are losing their voice.

Therefore, the next thing you can see is that digital advertising from the dividend period, began to enter the period of deep digging, to create works that can really spread out, is the embodiment of their own ability.

Who's at his own, the tide is fading, at a glance.

Take the goodsman: the selling god of this era

Early on were Hopkins, Hugh Germain and others, selling tens of thousands of dollars in a mail-order ad;

Later, Reeves, Ogway, LeoBena, with creative and advertising means, so that the brand quickly become the leading brand;

After entering the 21st century, the advertising tide gradually faded, madman late, once in the commercial call the wind and rain advertising cattle fell, not in.

Especially in recent years, we have had a hard time seeing new advertising bulls coming out.

Today, advertising creativity in such a competitive environment, it seems very difficult, but the brand's demand for advertising marketers has not changed, one of the very important needs is to sell goods.

Therefore, we can see that, relying on the technology, environment, social conditions of this era, on the forefront of the goods: Via, Li Jiaxuan and so on. 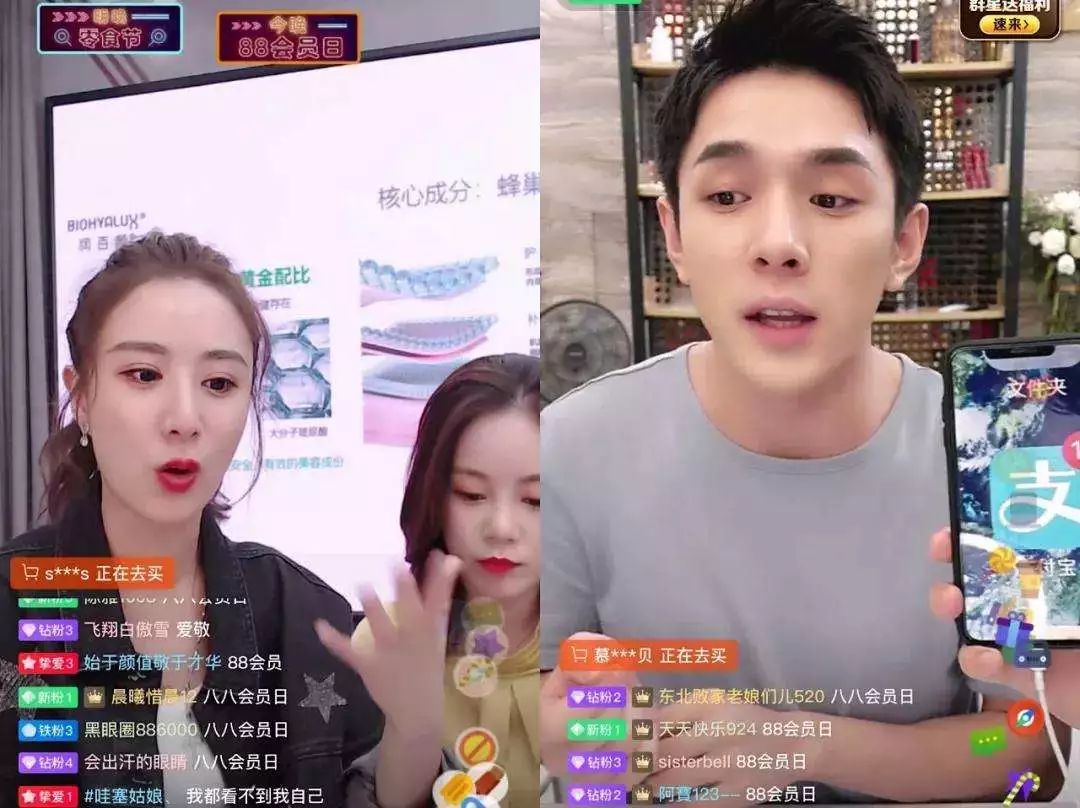 When mass consumers define them as a live stream, advertising campaigners should pay particular attention to why they can sell, which should not have been the ad ad company's job?

Are the advertising and marketing circles still looking at them from the perspective of online live streaming?

Although they have not experienced the complicated set of advertising companies, but they meet the real requirements of the brand side.

Of course, they've also come to the fore, brushing screens more times in 2019 than advertising companies have created.

Won the attention of the people of the whole country, their single name, better than the vast majority of domestic advertising companies.

Compared with the early 20th century, the text god, is not the same, because it can help brands sell products, enhance visibility, so get fame and wealth.

Advertising agency: Pick up your responsibilities

According to the above analysis and inference, a fundamental question arises, why advertising companies can not spell some of the network red anchors, why the marketing front of this era by some people outside the advertising system?

It says some external environmental factors, but from their own reasons?

The most important of these is that today's advertising companies can't see the results intuitively, which is very strange for an industry.

What can't be measured and doesn't work, so how does this win the trust of partners? It's hard, it's hard.

And this function was picked up by some live shippers, so they won the favor of the brand side.

When you can't take responsibility, you must lose your rights and your voice.So today's advertising company in front of A, not many years ago strong.

Spelling content can not spell the creation of national content, with goods and no anchor strong, advertising company's road where?

From the big economic environment, as long as it is a brand, you must do advertising, so some advertising companies that have been doing this for decades can also rely on this to win a stable means of survival.

And when eating bread comfortably, it has to be noted that the boundaries of advertising are widening and the original boundaries are being eroded, which is a trend.

For advertising companies themselves, it is not too late to pick up their responsibilities at any time, when their own in brand building, creative communication, sales and other functions, there is real effort, really can see the effect, no matter how the times change, will not fall.

In the selling function, today no advertising company dare to promise;

2017, there is a video "someone secretly loves you", H5 (military photos, children's gallery);

Last year there was a video of "What's Peppa" and another "Chopsticks" video;

The era of dividends for digital advertising is over.

Of course, the bonus era doesn't mean there's no chance,Content is the communication medium of the Internet, as long as the Internet exists, the content will exist;

Content exists, the opportunity to produce works always exists, but not as in previous years, a novel form can bring a lot of dissemination.

The dividend is exhausted, wait for the real English.

The full text is finished, thank you for your patience in reading
Let's take a look at it in the lower right corner
I wish you a good Spring Festival 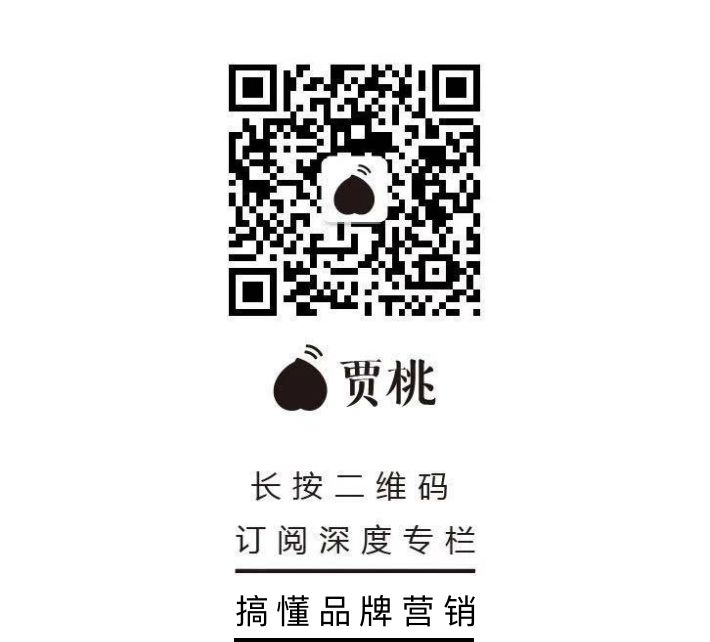 The era of dividends for digital advertising is over
Up to 200 words, currently totalWord.