Recently, Baidu, Tencent and Ali have announced their financial results.

When Tencent and Ali's market value broke through one after another3000Billions of dollars,

Baidu's market capitalization is still stuck600more than a billion dollars, 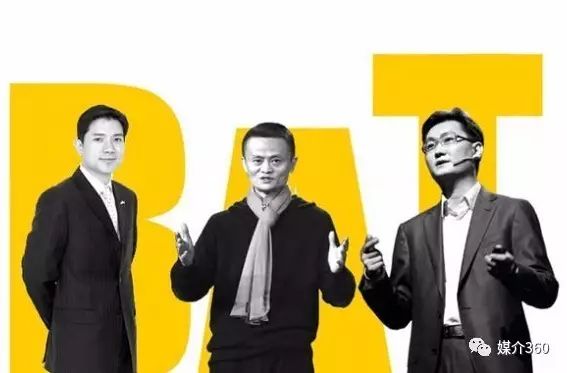 Reflecting the subtle evolution of the Internet's ecological landscape,

The ups and downs of sovereignty,

For the entire technology industry on the next quarter of the trend,

A detailed look was made.

So, in the first quarter of this year,

BATWhat is the financial situation of the three companies?

How has the strategic layout changed?

Specific to the advertising business, and what are the points of concern?

BATDigital ads already accounted for57.4%What does it depend on to grow again? 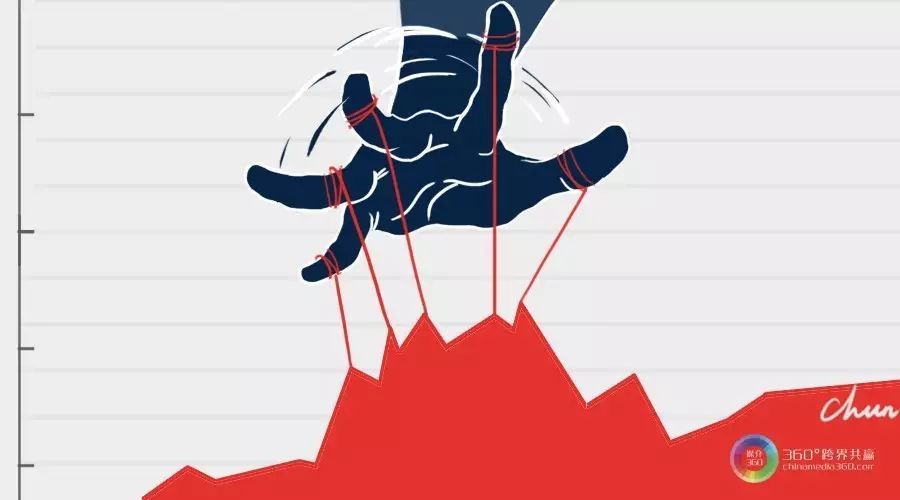 The glory of the king has contributed greatly

Online games contribute to Tencent's revenue. Tencent's online gaming revenue was in the first quarter, according to the results228.11billions of dollars, growth34%。 This growth has come mainly from smartphone games such as King's Glory, Dragon's Valley, and so onPCClient games Such as League of Heroes, Dungeons and Warriors.

Industry insiders predict that the game of "Glory of the Kings" may generate revenue every month20Billion.~30RMB 100 million. 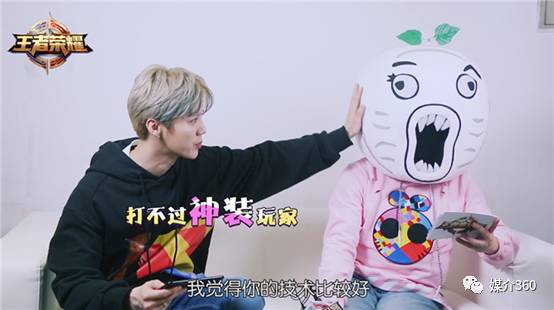 Tencent's social network revenue grew in the first quarter of this year56%to RMB122.97This increase is mainly reflected in the growth in sales of digital content services and virtual props, including digital music, video and literary services.

Ma Huateng, Tencent's chairman and chief executive, said: 'We have achieved significant growth in a number of entertainment services, driven by the Lunar New Year holiday, including Tencent videos that offer popular original content, and newer products such as CaraOKApp for allKSong, photo editing app every dayPPictured and mobile games such as Glory of the King.

Over the past two years, Tencent has defined its development strategy, doing only two things, connectors and the content industry. At present, both strategies are steadily advancing, digging deep moths to expand competitive advantage.

Alibaba's first-quarter revenue was385.79billion yuan, an increase over a year earlier60%。 Net profit98.52billion yuan, an increase year-on-year85%。 user aspect, as of3At the end of the month, Alibaba's China retail platform was the annual active buyer4.54billion, up from the same period last year3100million, the increase7.3%The monthly active users of the mobile side are5.07billions, more2016Growth at the end of the year1400Million.

Alibaba Group's core e-commerce business revenue in the first quarter315.70billion yuan, year-on-year growth47%。 Revenue from the core domestic retail business258.15billion yuan, year-on-year growth41%。 This was mainly due to the continued growth of the advertising business, which achieved revenue in the quarter173.4billion, growth46%。 Ali improves paid clicks and conversion rates through the optimization of the recommendation algorithm. 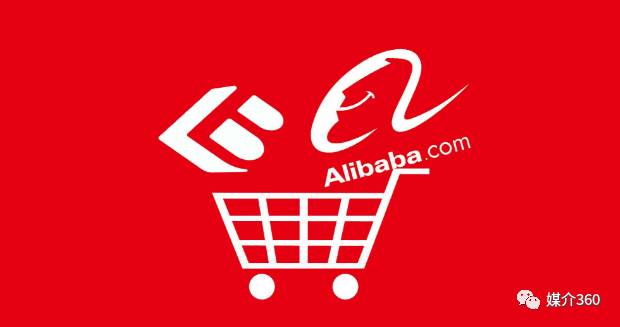 Zhang Yong, chief executive of Alibaba Group, said: Alibaba Group has had another successful quarter and fiscal year, showing that we are on the platform5the ability of hundreds of millions of consumers to successfully interact and generate cash. The core e-commerce division continues to grow significantly and has strong cash flow on a large scale, allowing us to actively invest in cloud computing, digital media and entertainment to drive digital transformation and high-quality consumption in China's economy.

Strategically, Ali is firmly pushing for the "five new": new retail, new manufacturing, new finance, new technologies, new energy sources. Especially new retail, over the past year or so, Alibaba has invested in the layout of Yintai, Suning, Sanjiang shopping, etc.2017At the beginning of the year, we reached a strategic partnership with Bailian, the largest all-industry retail giant in China, with the aim of reconstructing the new retail economy.

In the core business, BaiduQ1Network marketing revenue147.38billion yuan, as a percentage87.25%, compared with the same period last year, has shown a warming trend.

Chairman and chairman of BaiduCEORobin Li said to enter2017Baidu went from "mobile first" to "mobile first"AIFirst" strategic evolution continues to be a strong push for us inAIInput in the field is a long-term behavior,AIIt has also played a powerful role on our existing platform. With.AIIn the mainstream industry is becoming more and more important, with Baidu technology advantages we are very confident that we can better participate in and promote ChinaAIIndustry growth and transformation.

Baidu's intention has been obvious, in the original market unchanged, focus on artificial intelligence and content ecology, artificial intelligence is looking to the future, need long-term and long-lasting investment, need a steady stream of capital and human input to flower results;feedStreams and 100 companies as the core, with a focus on hand hundreds, to expand new revenue and growth points.

What are the drivers of further growth?

Recently, Liu Min, Director of the Advertising Department of the General Administration of Industry and Commerce, revealed in his speech that2016Internet advertising2200BillionBATaccounted for57.4%。

Judging from the first quarter results,BATAdvertising business is still growing at a high rate, especially Tencent and Ali, the big score beat the industry average growth rate, become an important part of the Group's revenue.BATAlready occupies more than half of China's digital advertising market, then, how to further expand market share,BAThave been clear direction.

Tencent's advertising system has ushered in a new round of adjustment

Tencent's position in the Internet advertising market is rising rapidly.2013Tencent's online advertising business is only 10 years old50.34billions of volume, as a percentage of total revenue8%。 It's here2016The two figures soared to the point of year269.70Billions and millions18%。

The growth of advertising revenue has made advertising strategy one of the focus of Tencent Group's strategic adjustment. ReportedlyOMG(Network Media Business Group) its performance advertising business (Zhihui push), will be assuredCDG(Enterprise development business group) under the broad point of communication. 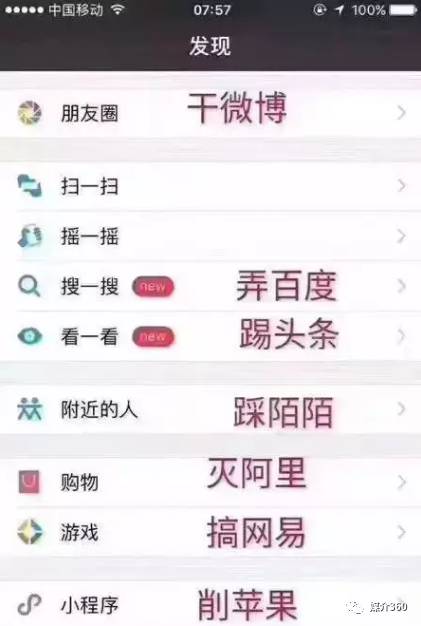 Sources pointed out that Tencent may eventually aggregate a large advertising platform, brand advertising and performance advertising "Chuhe Hanjie" clearly, can avoid the team on the customer resources and advertising space of unnecessary competition and internal consumption.

Alibaba's Zhang Yong told the earnings conference that there are now many big brands on Ali's retail platform, not only selling products, but also branding, consumer management and marketing activities, all of which are increasing their investment in Ali's platform. Previously they were assigned to the Ali platform business mainly by traditional e-commerce teams, but now we find that they are increasingly joining the digital marketing team.

"Especially as we are actively developing our digital media and entertainment platform business, we have a very strong relationship with the digital marketing industry and the company is confident that these brands will gradually invest more of their advertising budgets in Ali's data-based cross-platform solutions."

From the advertiser's mass, brand advertising is obviously better than e-commerce advertising. E-commerce platform in the enterprise's brand promotion weight, is also increasing. To.2017Years.3Month, the world's most valuable brand in Forbes100Strong, nearly 80% of consumer brands have been stationed in Tmall to carry out sales. Tmall Super Brand Day, One Night, Taobao Live, Fans Lie down, Double Eleven and other products, have attracted the attention of the head brand owner.

Baidu is looking for new growth points beyond search advertising, expanding into new businesses and revenue models. Although the current advertising revenue is still the majority of search advertising contribution, but in the long run, Baidu's future is driven by two engines, one is Baidu content ecological platform, this line is based on mobile phone Baidu+feedStream information+Hundreds of numbers+Alliance.+The knowledge system is constituted. 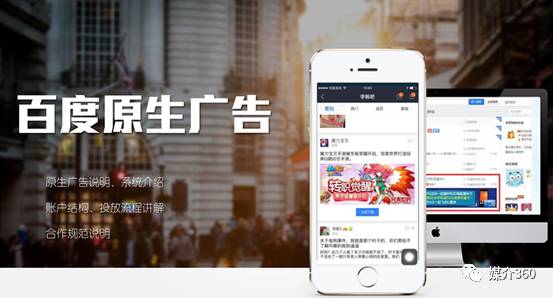 written at the end

Judging from the financial results,BATThe increase in division is already evident. Tencent and Ali's market capitalisations have broken through3000The billion-dollar mark is more than four times that of Baidu. If Baidu's momentum continues, Tencent's net profit will soon catch up with Baidu's revenue.

On a huge scale, Ali has maintained high growth, benefiting from a new retail strategy to re-establish China's business model and the "economic effect" that has taken shape. Tencent relies heavily on the rapid growth of social networks and social games. At present, Baidu's biggest problem, or to find a new profit growth point, to restore growth.

Introduction to the Media Module: 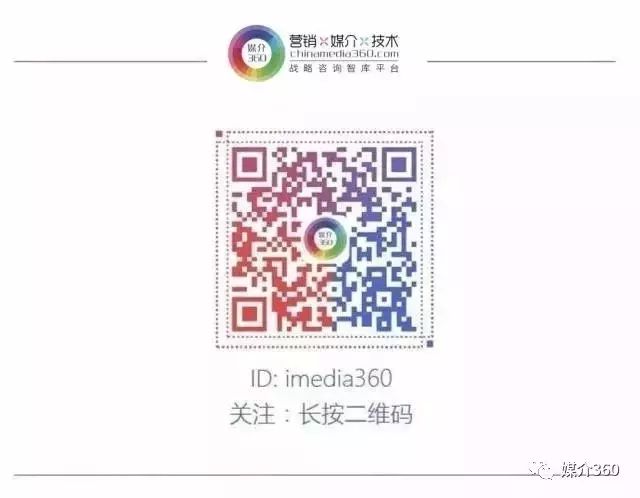 BAT's 57.4% share of digital advertising.
Up to 200 words, currently totalWord.