The Putian incident in the United States: Google has also dabbled in medical advertising, how is the U.S. judiciary regulated and cracked down?

In the past two days, "Wei Essie" this strange name, suddenly brushed a lot of people's circle of friends and microblogging. He is a cancer patient, in Baidu search for treatment, Baidu recommended a hospital under the banner of "armed police." The hospital claims to have the technology to work with a famous American school to treat his terminal illness. So, his family spent a lot of money to let him go to Beijing under the "armed police" banner of the hospital for treatment, but the end result is that all the money drifted, that Wei Tracy is dead. His tragic experience soon caught the attention of netizens. 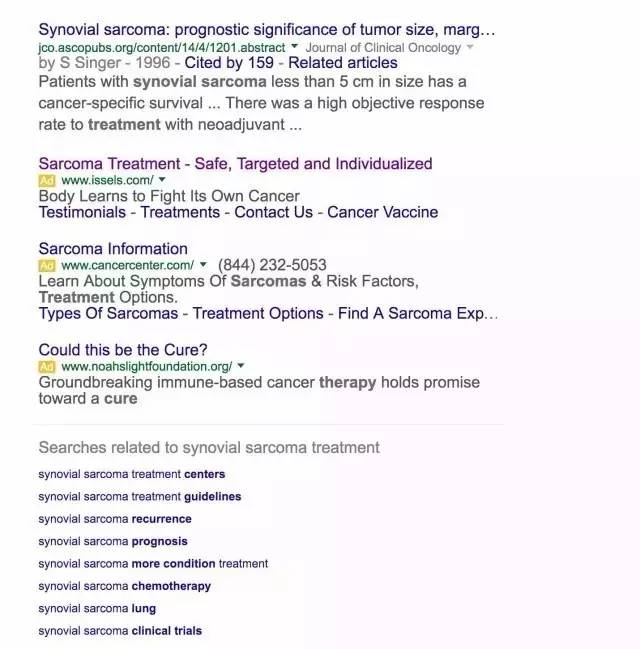 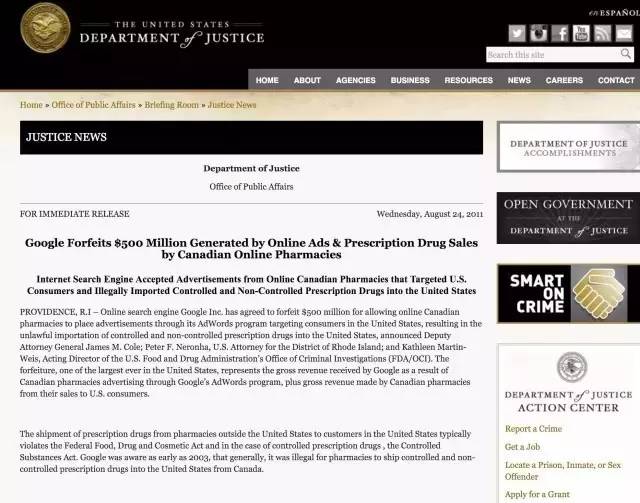 If the comparison between Baidu and Google is attributed to corporate ethics, it is undoubtedly the simplest but lazy interpretation. But why can Google not do evil, Google really never do evil?If you look back at Google's history with fake medical advertising, you might be surprised to find that Google has also fallen too high on the issue and has been severely punished. But it is for this reason that Google can always feel the encouragement from behind, and constantly improve its advertising review mechanism and employee ethics.

But the series of negative events that followed showed that the world's largest search engine was occasionally embroiled in negative news, even though Google executives had long been aware of the problem with illegal drug advertising. The David Whitaker affair, which broke out in 2009, gave Google its first image on the issue.Make Google truly aware of the dangers of fake online advertising and the sense of responsibility of search engines to the public.Also that year, Baidu was exposed to false medical advertising.

In August 2011, just the month Google announced its acquisition of Motorola Mobility, Google settled with the U.S. Department of Justice over illegal online pharmacy advertising, for which Google paid the highest corporate fine of $500 million at the time.The U.S. government has long been known for its "tough-heartedness" in punishing corporate infractions. Google's fine record has long been broken by two auto companies.In 2014, Toyota was forced to settle a $1.2 billion settlement with the U.S. government for concealing the accelerator problem. However, the new fine record is no doubt owned by Volkswagen. Volkswagen could end up with a $18 billion fine from the U.S. government after 600,000 diesel cars were blown up late last year. 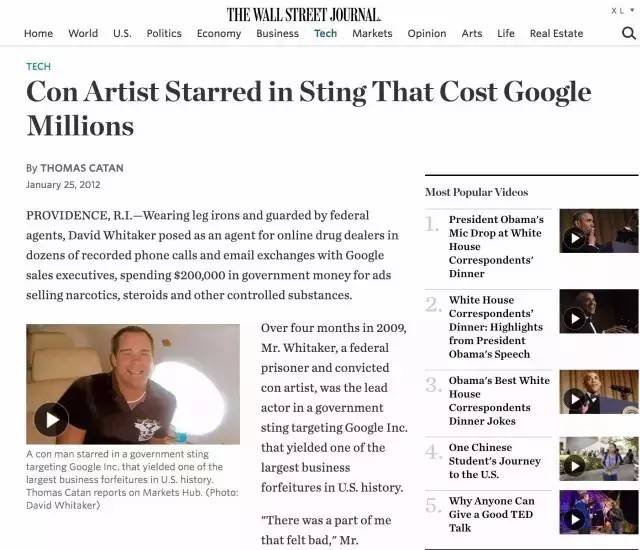 Given Google's good public image, it was clear that his confession alone could not be used as a valid confession, which was hard for even the judiciary to believe at the time.As a result, Whittaker, who did not want to die in prison, worked with the U.S. judiciary to complete one of the most famous fishing investigations in the history of fake drug advertising in the United States. The justices forged a new identity for Whitaker, Jason Corriente, the CEO of a non-existent online advertising agency, in an attempt to get the fraudster to take legal action against Google over how he worked with Google's advertising sales staff to sell counterfeit drugs.

The phishing law enforcement, which cost the U.S. judiciary $200,000, ultimately cost Google $500 million in sky-high fines.To prove that this was not a rat behavior by individual Google employees, the U.S. justice agency directed Whitaker to work with customer service representatives in Google's California, Mexico and China regions to run illegal ads related to steroid drugs, and even the tightly controlled abortion drug methadone and psychotic drugs. 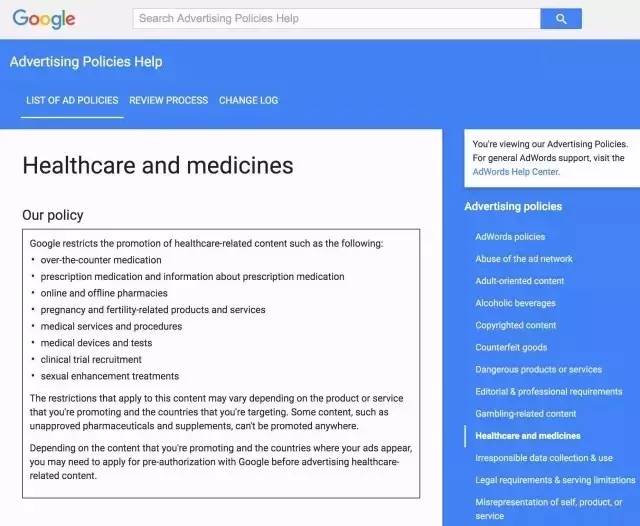 Since 2009, the U.S. government has stepped up investigations into illegal online medical advertising, and Google has been refining its advertising controls ever since.In 2009, the FDA's Drug Marketing, Advertising and Communications Service (DDMAC) sent a letter to 14 pharmaceutical companies arguing that their drug search ads were misleading and only describing the benefits and the risks of not adequately disclosing side effects.

It was that year that Google began taking steps to stop online pharmacies from illegally selling prescription drugs to U.S. consumers.Starting in 2010, all online pharmacies that run drug search ads on Google must be certified by the U.S. government as an Internet Pharmacy Practice (VIPPS), and online advertisers of prescription drugs must be certified as online advertising by the U.S. Pharmacy Council (NABP). Microsoft Bing and Yahoo then implemented similar policies in June of that year. 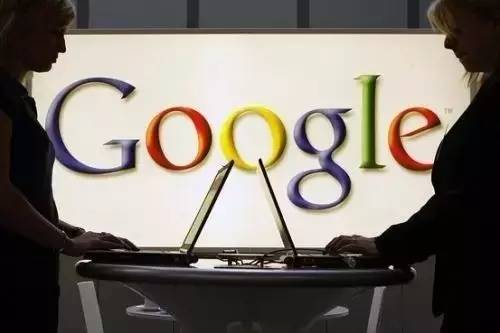 The companies affiliated with Jan's Medical Group also include:

One, two, three central hospitals of the People's Liberation Army

The 371st Central Hospital of the People's Liberation Army

Sun Hospital at the bottom of the sun

The Gynaecology Center of Hainan General Hospital of the Armed Police

The Fifth People's Hospital of the city 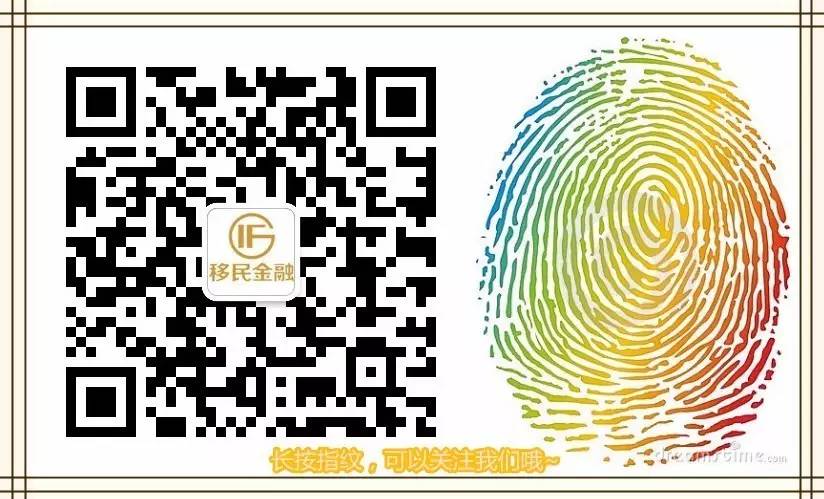 The Putian incident in the United States: Google has also dabbled in medical advertising, how is the U.S. judiciary regulated and cracked down?
Up to 200 words, currently totalWord.

Apple vs Google, China is the key! In-depth analysis of spot ads
U.S. stocks are looking ahead, the U.S. Treasury secretary plans to come to China for talks, Google App advertising space increased significantly
Google has banned digital currency ads across the country since June
Industry conscience! Google Chrome is determined to hit out at web ads Media intelligence
How do I jump from advertising ad a company to Google?