On July 6, the first Tencent Social Advertising "University Algorithm Competition" held a live defense and award ceremony at Tencent Tower in Shenzhen.After nearly 2 months of intense competition, Nanjing University's "nju_newbie" team won the championship by a leading edge, winning a huge prize of 300,000 yuan. The "Raymone" team, composed of students from Dalian University of Technology and Tsinghua University, won the runner-up and 100,000 prizes, the "I'm Hard to Suffer" team from Jilin University, Beijing University of Posts and Telecommunications, Beijing University of Aeronautics and Astronautics won the runner-up and 50,000 prizes, and the "Trump Cat" team from Beijing Normal University and Peking University's "In the end" team performed well in the defense session, and won the best performance award in the contest.

This contest is to “Mobile App Ad Conversion Rate Estimated" As the theme, Tencent Social Advertising, in collaboration with Tencent Data Platform, Tencent University, Tencent Cloud, App Bao, Tencent Recruitment, T-Campus and other major resources and platforms jointly organized, aims to accelerate the optimization of algorithms, continuously improve the efficiency of advertising and input-output ratio, to provide a complete and accurate solution for digital marketing. Since April 12Since its opening, the day has attracted nearly 18,000 college students from all over Chinese mainland, Hong Kong and the United States. Each of the participating teams has contributed to a wonderful technical competition.

▼The team TOP10 is photographed with the guest judges 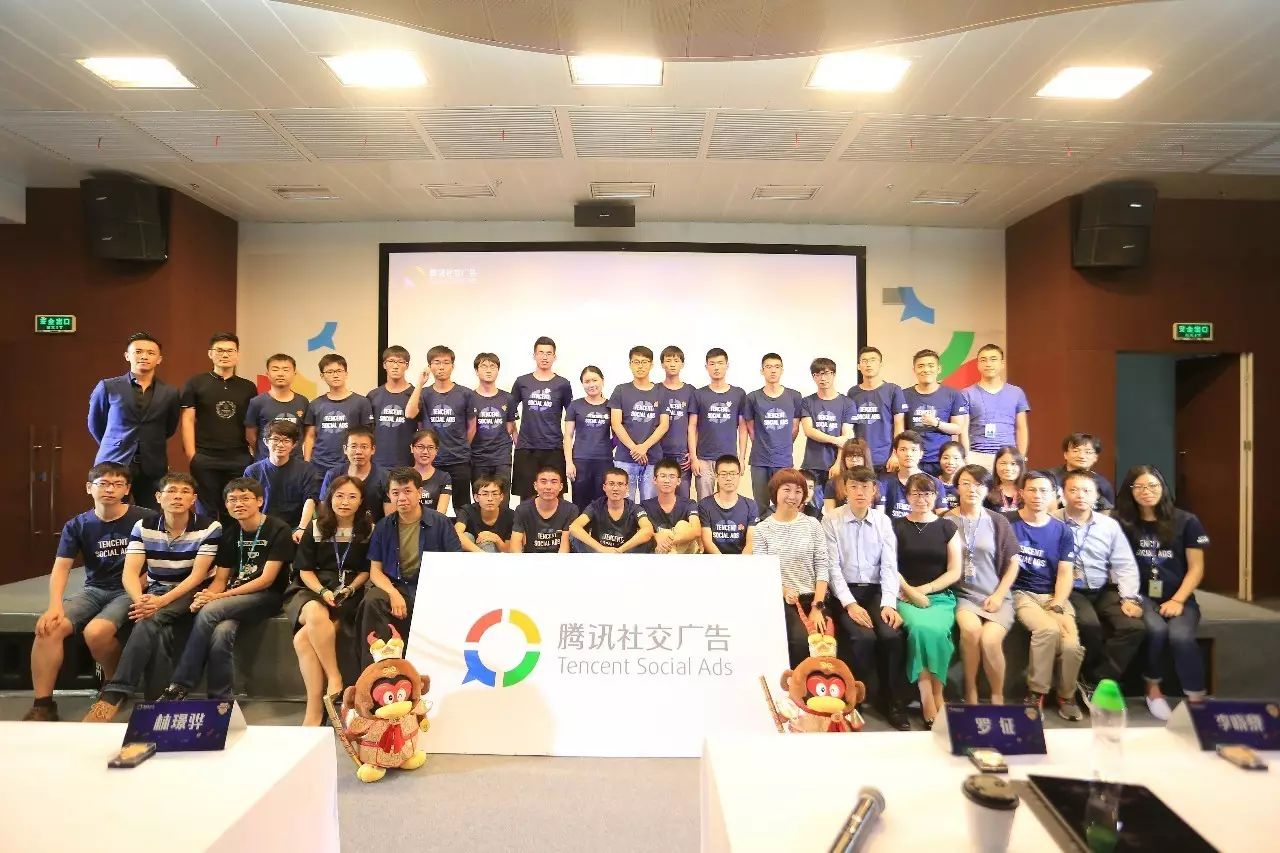 "This contest not only allows Tencent's social advertising to connect to Internet technology, work together to create better marketing solutions, but also allows many college students to understand the application of different algorithms in the real industry before entering the workplace, and gain many good memories and experiences, and Tencent's social advertising will continue to carry out such meaningful exchange activities in the future," said Lin Wei, Tencent's vice president, who attended the awards ceremony and delivered his opening remarks. "

As a human-business connector, Tencent Social Advertising hopes to improve user insight through continuously optimized algorithmic technology, help advertisers reach their target audience with precision, and enable every user to see truly valuable ads. This is not only the original intention of Tencent's social advertising to hold the "University Algorithm Competition", but also Tencent's social advertisingEmpowering business, always in peoplebusiness philosophy. 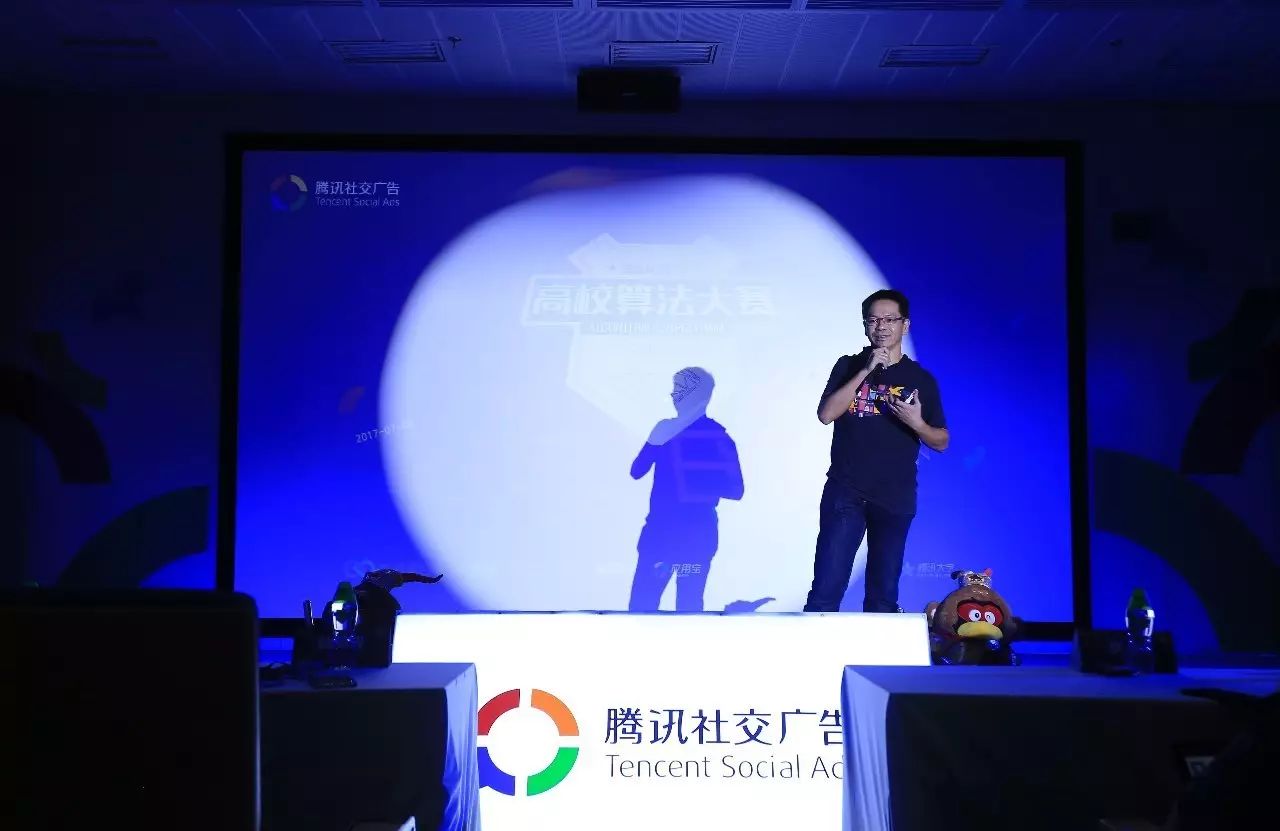 Luo Zheng, tencent's general manager of social advertising, one of the judges of the competition, said: "I was impressed by the on-site reply in the morning. Ten teams that stand out from more than a thousand registration teams have demonstrated their extraordinary strength and sense of innovation in the smart algorithm. As one of the most widely used departments for data,Tencent Social Advertising hopes to help more advertisers solve marketing problems and achieve business goals through discussion and practice with technical talents through platforms such as algorithmic contests, while protecting users' privacy.” 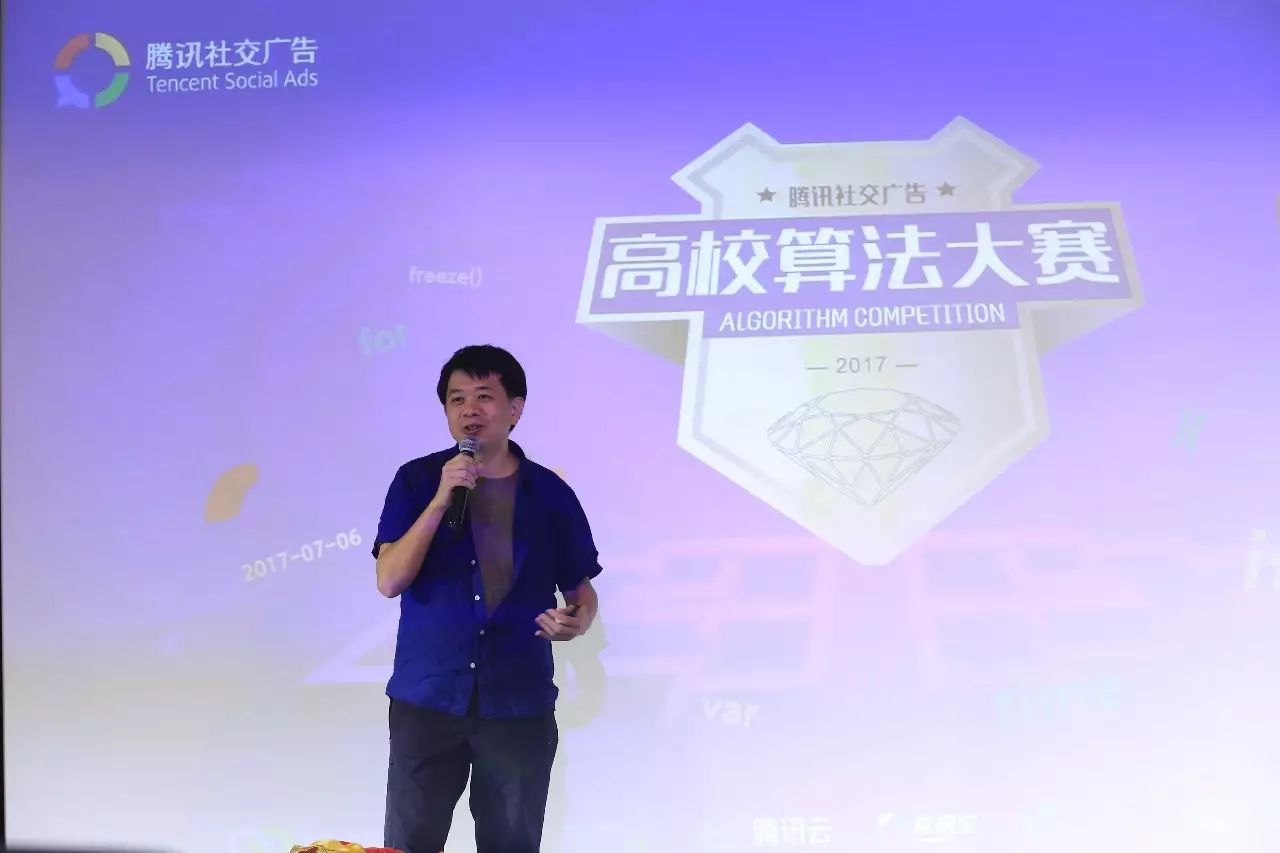 The heavyweight judges sat in town,

A total of 200 teams entered the finals of the competition, and the final top 10 teams from all over the country made a live defense at Tencent Tower in Shenzhen. Li Xiaoli, Director of the Data Analysis Research Institute of the Singapore Institute of Information and Communications, Luo Zheng, General Manager of Tencent Social Advertising, Xiao Lei, Director of the Precision Recommendation Center, and Zhai Zhihui, Director of Tencent's Social Advertising Quality Research and Development Center, served as defense judges to finalize the team's on-site performance and give constructive guidance. 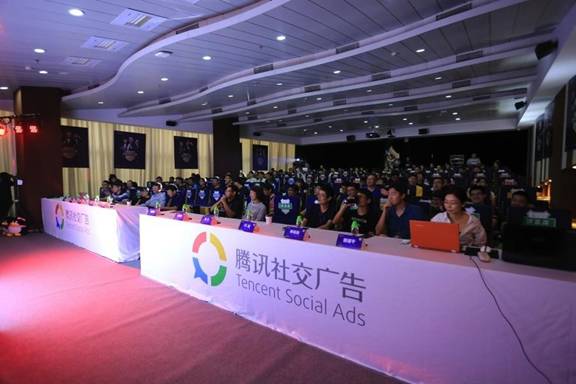 In addition, since Tencent launched its university cooperation project in 2006, the 2017 Tencent T-Pai Summer Camp is about to begin. As a free and open platform, Tencent T-Pai Summer Camp will invite college students to gather in Tencent Building for exper experience-based learning, through face-to-face exchanges with industry technology, product experts and product simulation and other forms, to guide college students to innovate independently and train high-quality talents for the industry.

With the development of these years, cooperation with universities and scientific research institutions and talent pool is becoming more and more important. Wang Juhong, vice president of Tencent, said, "From the beginning of the engineering competition to today's algorithmic competition, the T-school campus competition has gone through 10 years." We organize different types of competitions every year, the core purpose of which is to train a large number of talents for the entire industry, I hope that students from this platform to start, as soon as possible to become the backbone of society and industry. " 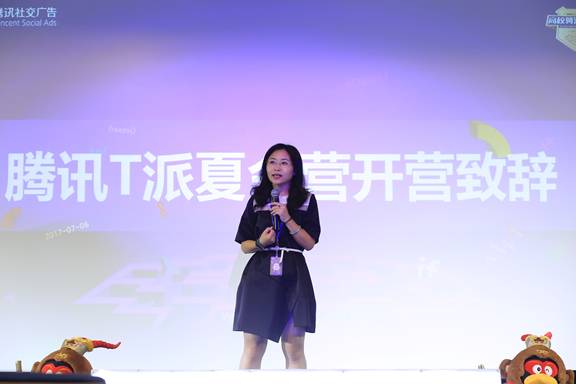 In the technology sharing session, Li Xiaoli, director of the Institute of Data Analysis of the Singapore Institute of Information and Communication Research, analyzed the current situation of the Internet advertising industry by combining the case of algorithms in the news, medicine and other industries, pointed out the problems of customization and lack of precision that need to be solved urgently, and shared the latest progress on two important machine learning issues to help online advertising become more "smart".

▼Li Xiaoli, Director of the Institute of Data Analysis, Singapore Information and Communications Research Institute, made a keynote speech 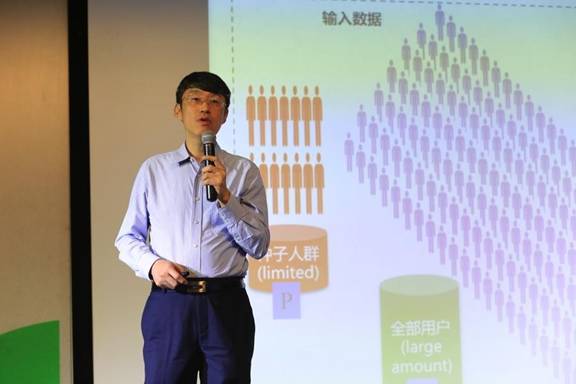 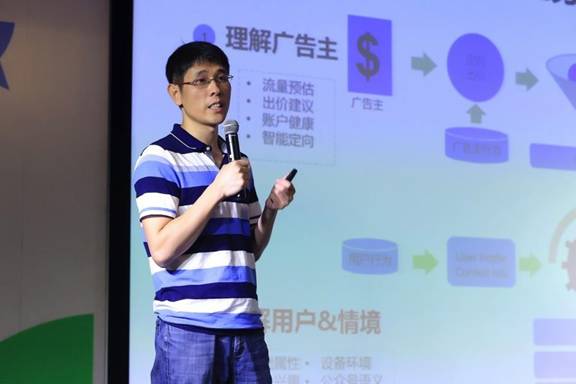 Competition Three A share the journey of the heart

After the ten teams completed the defense, the judges combined the online final results and on-site defense performance, selected the final winning team. Nanjing University's "nju_newbie" team won the championship with a prize of 300,000 yuan, and the "Raymone" team, composed of students from Dalian University of Technology and Tsinghua University, and the "I'm Hard" team from Jilin University, Beijing University of Posts and Telecommunications and Beijing University of Aeronautics and Astronautics won the runner-up and runner-up prizes of 100,000 yuan and 50,000 yuan respectively Ten thousand yuan. In addition to the huge prize money and rich prizes, the TOP 20 teams in this competition have been awarded the campus recruitment green channel.

▼Liu Wei, Director of University Cooperation at Tencent, presented the award to the Best Performance Team 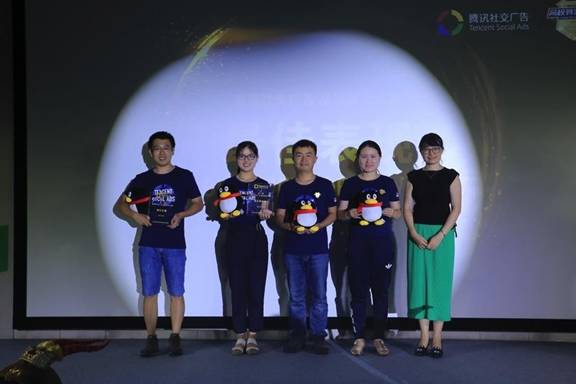 During the awards ceremony, the three teams that won the runner-up award also delivered their acceptance speeches.

Get the runner-up "I'm sad." In terms of its own experience, the team said, "Tencent has a larger data scale than previous competitions." Although the final pressure is great, but through the game met a lot of cattle, a lot of gains. "

Runner. “Raymone” "Tencent's algorithmic competition for social advertising has given the team a valuable hands-on experience, " the team said of the competition's biggest gain.Participate in the competition tired and happy, at the same time harvest a lot of usually small circles can not learn the thinking, the future hope to enter Tencent to continue to learn. "

Champion team “nju_newbie” "The biggest thing about this competition is to stick to it, try to innovate and believe in yourself," he said. Thanks to Tencent for giving us the opportunity to show ourselves, meet friends, and learn a lot. To be able to break out of the game like a cloud, thank you very much to the strong team-mates. " 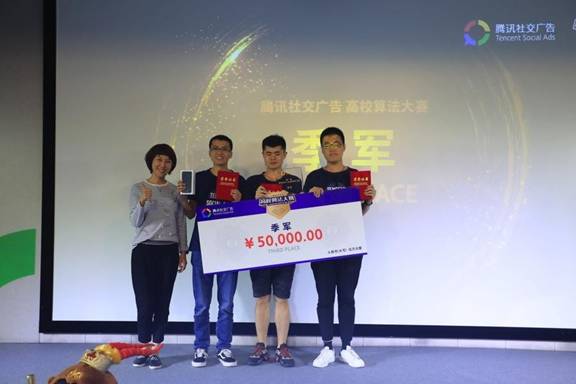 ▼Li Xiaoli, Director of the Institute of Data Analysis, Singapore Information and Communication Research Institute, presented the award to the runner-up team 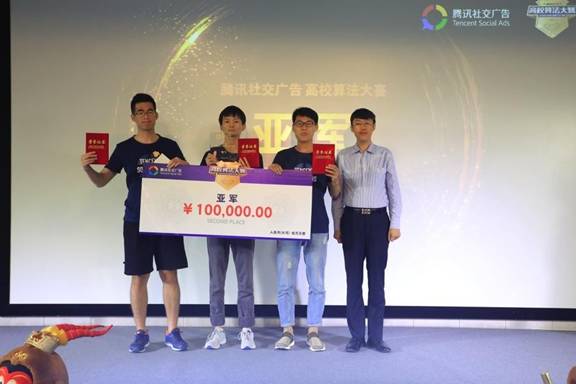 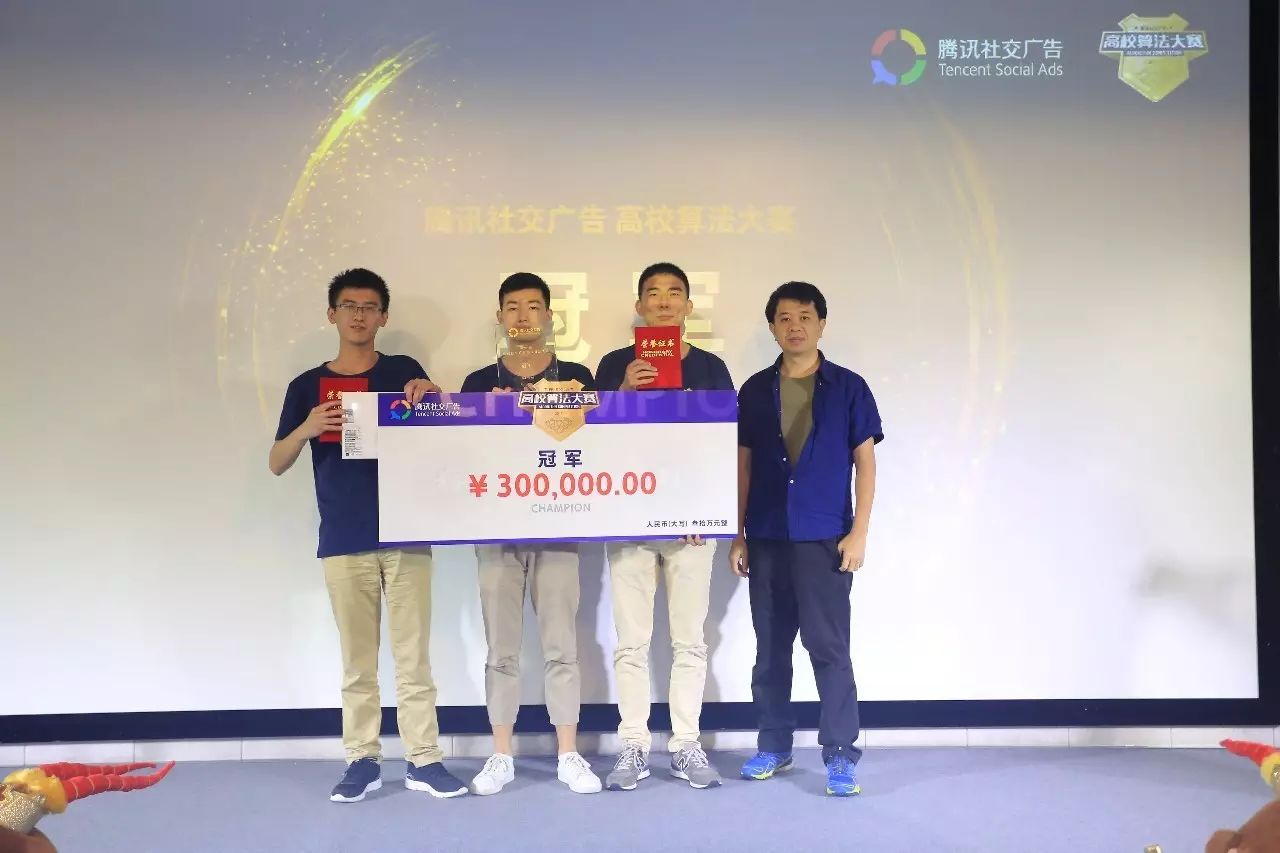 The 4th to 10th team in this competition also contributed a wonderful algorithmic interpretation and received a reward of 10,000 yuan. They are:"In the end against the team"、“SkullGreymon”、"Cats"、"Never understand"、“wenlin”、"SYSU to Nine" and "ThreeIdiots"Teams (ranked in no order). 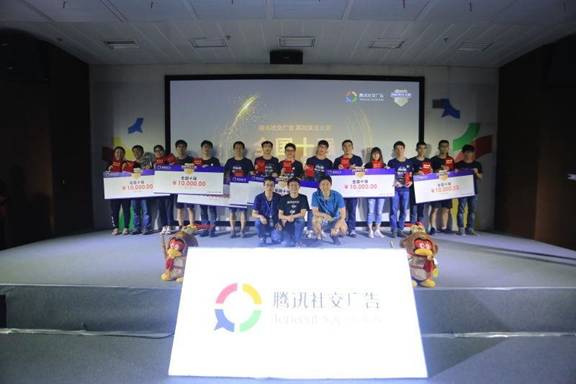 Artificial intelligence technology and its related applications have reached a milestone in 2016. Areas such as big data, machine learning, and data mining are all starting a remarkable new cycle of development. As one of Tencent Group's core advertising business units, Tencent Social Advertising hosts leading social platforms such as WeChat, QQ and QQ Space, with a large amount of social data and a wealth of advertising scenes for advertisers. Constantly digging deep into data capabilities, expanding the training data dimension, and working to drive marketing evolution with data and technology to provide advertisers with the deepest and most comprehensive user insights. Through accurate user reach, diverse user interaction, continuous results achieved and optimized, to help advertisers achieve brand marketing upgrades. 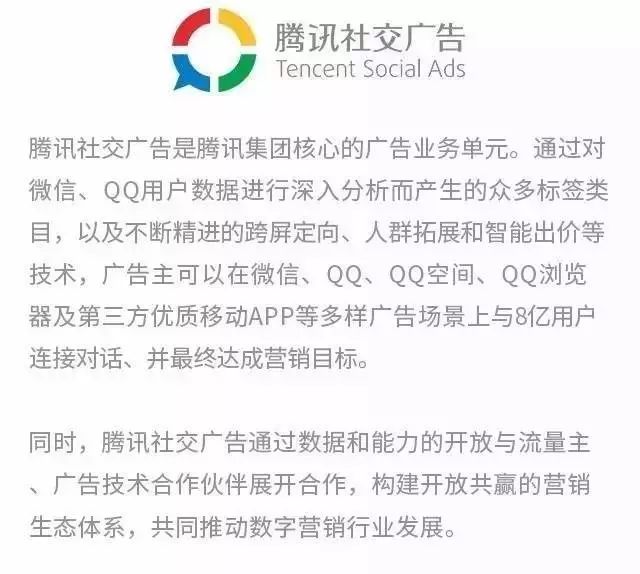 Tencent social advertising university algorithm contest is over, 300,000 prize money spent on who's home?
Up to 200 words, currently totalWord.