Micro-blogging videos are available online; Google has announced it will turn YouTube into a shopping platform to challenge Amazon and Ali

On October 9th, according to an official announcement by Jiyin, third-party-sourced items will no longer be supported to enter the Jiyin live-streaming shopping cart, while small-store platform-sourced items will not be affected.In addition, from September 6th, third-party platform source product sharing needs to match the live streamer through the huge star chart platform. (New List)

Recently, Weibo announced that the small video online hanging product function. In addition, micro-blogging e-commerce joint micro-blog small video launched a "one minute good species grass" campaign, users posted within 60 seconds of the good things recommended video, and with small store merchandise links or small shop links, you have the opportunity to get cash red envelopes. Earlier, Weibo has said that in the next three years, Micro-blog in e-commerce will continue to open up the expansion of e-commerce platform interface, to explore the characteristics of e-commerce suitable for micro-blog. (New List) 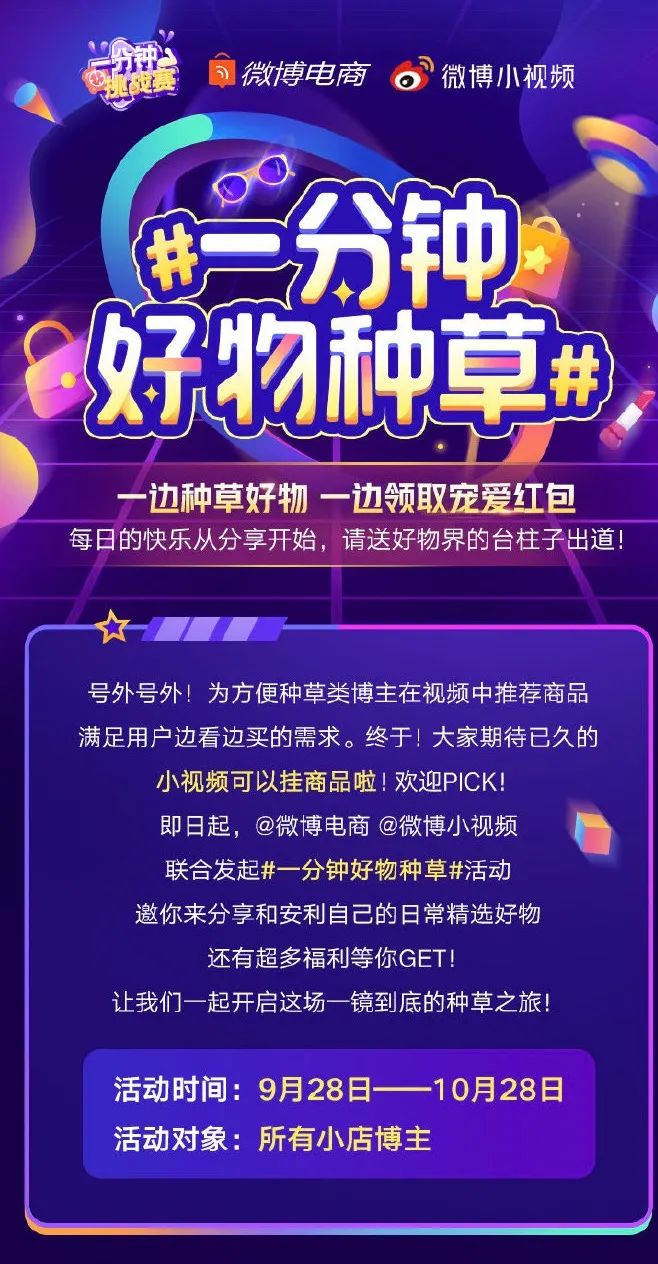 Recently, I know online video creation tools.The tool automatically provides video with pictures and motion pictures corresponding to the content through user-provided text materials.At the same time, the tool has a one-click dubbing function, according to the text content of the voice-over, and automatic calibration.

Google is reportedly turning its video site, YouTube, into a major shopping destination, making it a rival to Amazon and Alibaba.People familiar with the matter said Google's move was aimed at inglying on YouTubeThe video is transformed into a huge catalog where viewers can browse, click and buy directly.In addition, YouTube is testing further integration with e-commerce company Shopify, which sells goods through YouTube.(Sina Technology)

It is reported that a number of commercial-related business adjustments are taking place:Jiyin has a new product owner, called Seven;Search ads go online in today's headlines and shakes;E-commerce to increase self-employment, in the internal construction of closed loop;Education business explores new businesses such as high school AI classes and small classes.This series of adjustments corresponds to the three most important revenue channels for byte beating:New businesses such as advertising, live e-commerce and education.(Late LatePost) 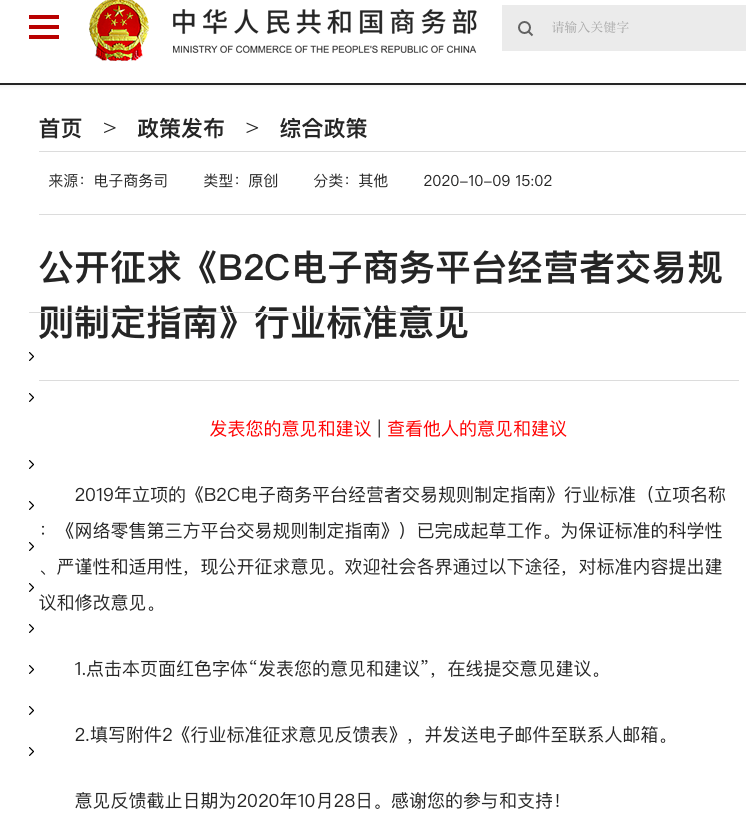 Drops today announced the official launch of the "Drip Festival" activities, invested 10.1 billion subsidies, the distribution of platform-wide, multi-category travel vouchers, drops of 10 billion subsidies will continue throughout October. In October, fewer people taxied, and in order to make drivers' incomes more stable, drip-drip subsidies will encourage users to take taxis and drive orders for drivers, he said. At the same time, additional driver subsidies have been put in place to continue a series of pick-up awards for network cars and taxi drivers. (Sina)

Ai Qiyi and Changhong released the first Kiwi fruit "AI cast screen" TV, and in the new e-commerce platform to fight more exclusive debut.Under the "10 billion subsidy", this 75-inch smart TV in the first price of the multi-do down to 2999 yuan, the first batch of products on-line sold out.This "AI cast screen" TV main cast screen function, hardware has a 75-inch full screen, dual-core A73 plus dual-core A53 processor, 2GB plus 16GB large capacity with MEMC anti-shake chip.And in the content resources, the product is equipped with Ai Qiyi Kiwi fruit, the whole network content resources can achieve a one-click cast screen.

Alipay team responded to the phone black: face recognition was not broken Victims were not ceded money and information

On the afternoon of October 9th, an article entitled "A black industrial chain of stealing personal information revealed by the theft of mobile phones to achieve the theft of funds" caused concern and heated discussion, and the article was combed by an information security expert based on his own experience.Alipay related departments in the circle of friends to respond that Alipay "non-attack" security laboratory students first contact with the old camel, and understand the relevant situation.Response pointed out that the article disclosed the black production in Alipay did not set up money and information;And Alipay promises to pay the full amount for the theft of funds, including the loss of the phone.(Sina)

According to sensorTower's store intelligence platform, Chinese hands-on publishers will rank in the global App Store and Google Play revenue in September 2020.The 30 companies on the list attracted $1.92 billion in global gold in September, accounting for 28.8 percent of the total global hand-travel revenue for the current period.Lilith", which set the highest monthly income record for domestic SLG hand tours overseas, landed in the Chinese market on September 23rd and has been firmly in the top five best-sellers of the App Store.

Disclaimer: This article is reproduced for the purpose of transmitting more information. If there is a source labeling error or text image violated your legitimate rights and interests, please the author's ownership certificate to contact this network, we will promptly correct, delete, thank you.

Micro-blogging videos are available online; Google has announced it will turn YouTube into a shopping platform to challenge Amazon and Ali
Up to 200 words, currently totalWord.