Japan surprised the "perverted" subway ads, the idea is too shocking!

Just recently, the island subway surprised a row of very, very "perverted" subway ads. That's right, it's literally "perverted." Imagine, when you commute to and from work in the subway station, the eye is a row of dense "perverts to tell" big newspaper, what mood ah!

Let's take a look at the picture above: 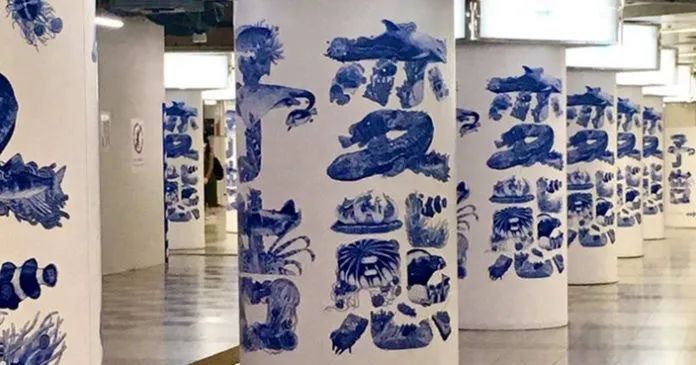 According to reason, how to design blue characters on a white background should also be a cool and refreshing effect, right? But this set of posters around the pillars, but people scared a "chilling cold." It's "perverted" from a distance, and more perverted in the near future - these four words are actually designed with a combination of various hand-painted styles of marine life.

Take a closer look at the details and you'll find a wide variety of marine aquatic life, including jellyfish, corals, dolphins, clownfish, and more. 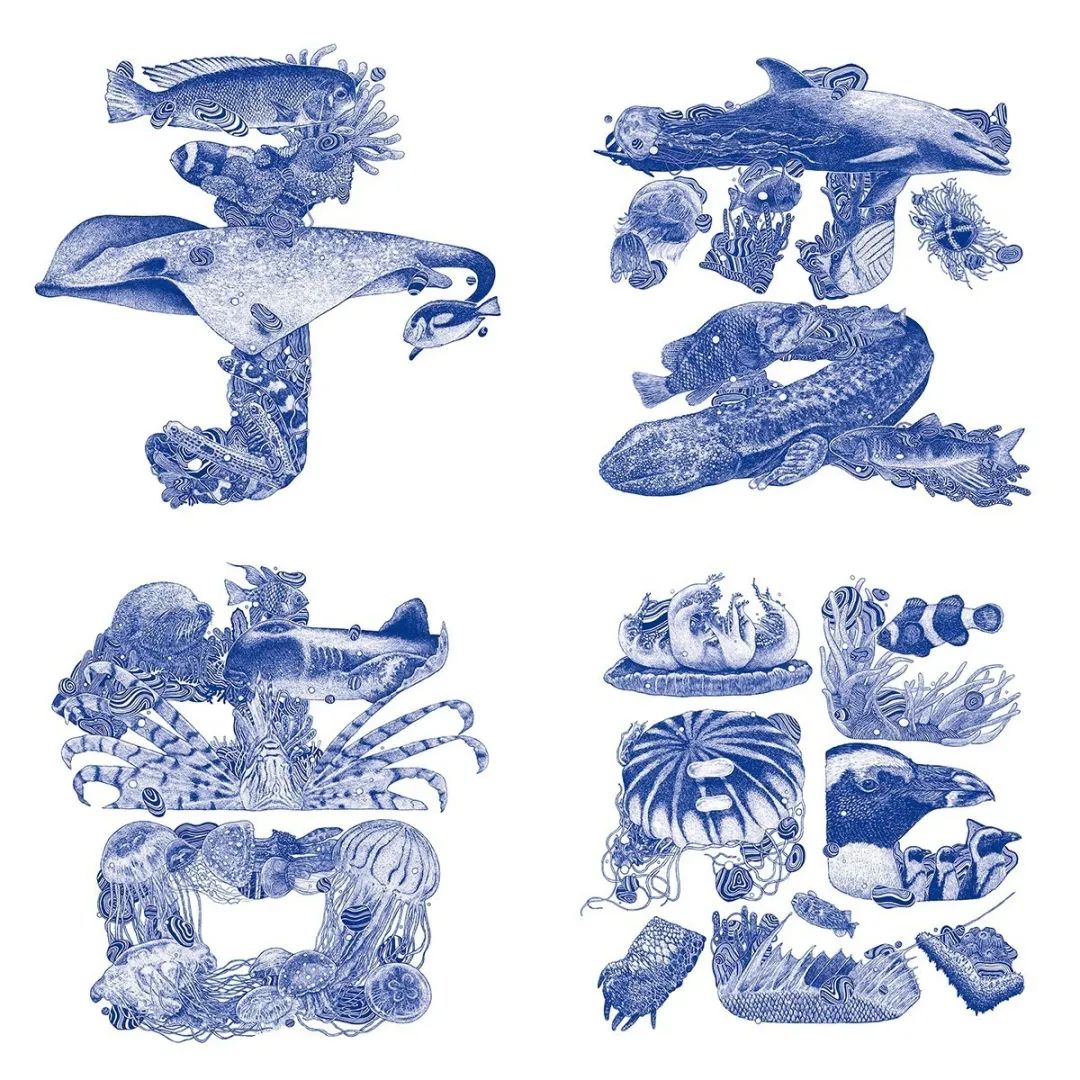 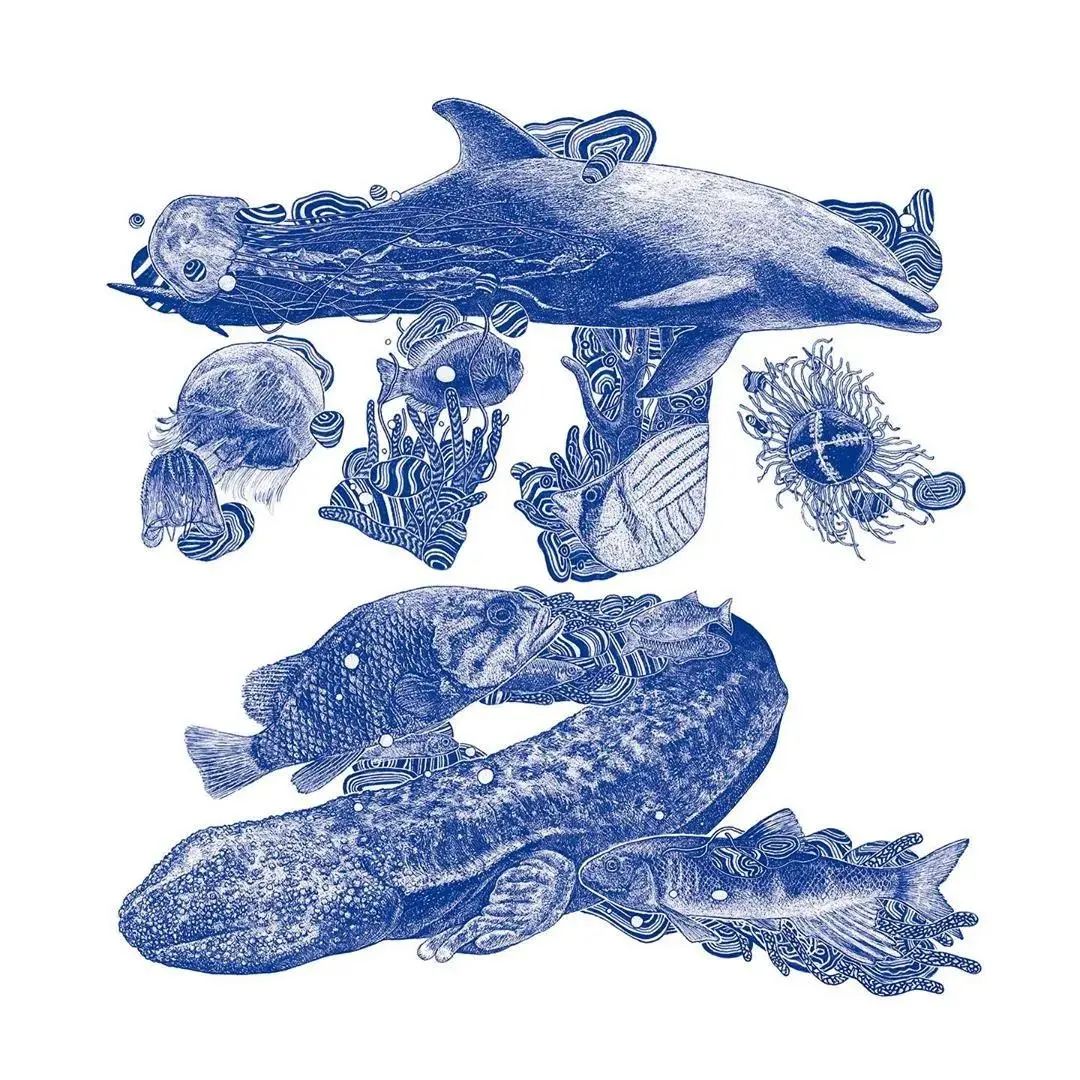 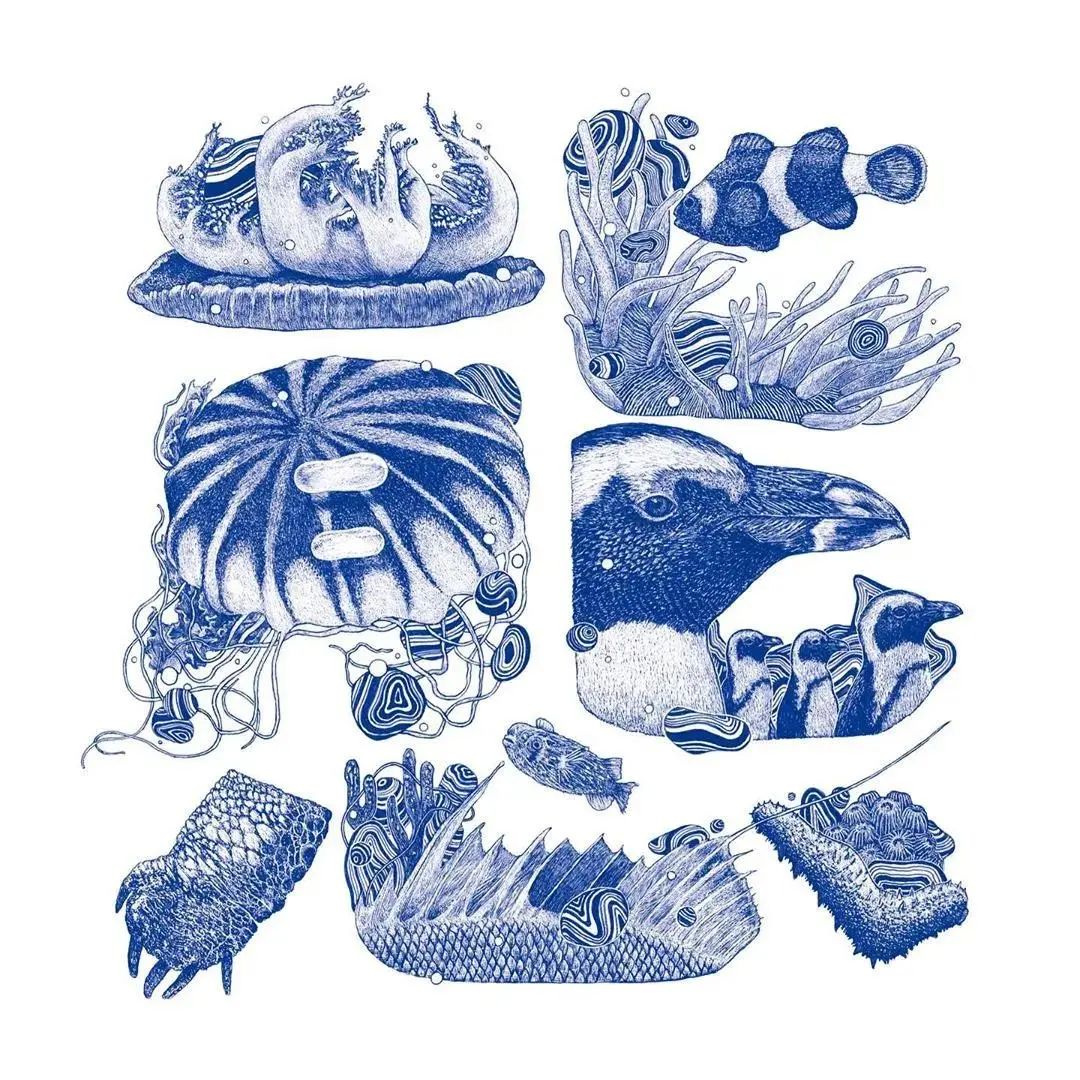 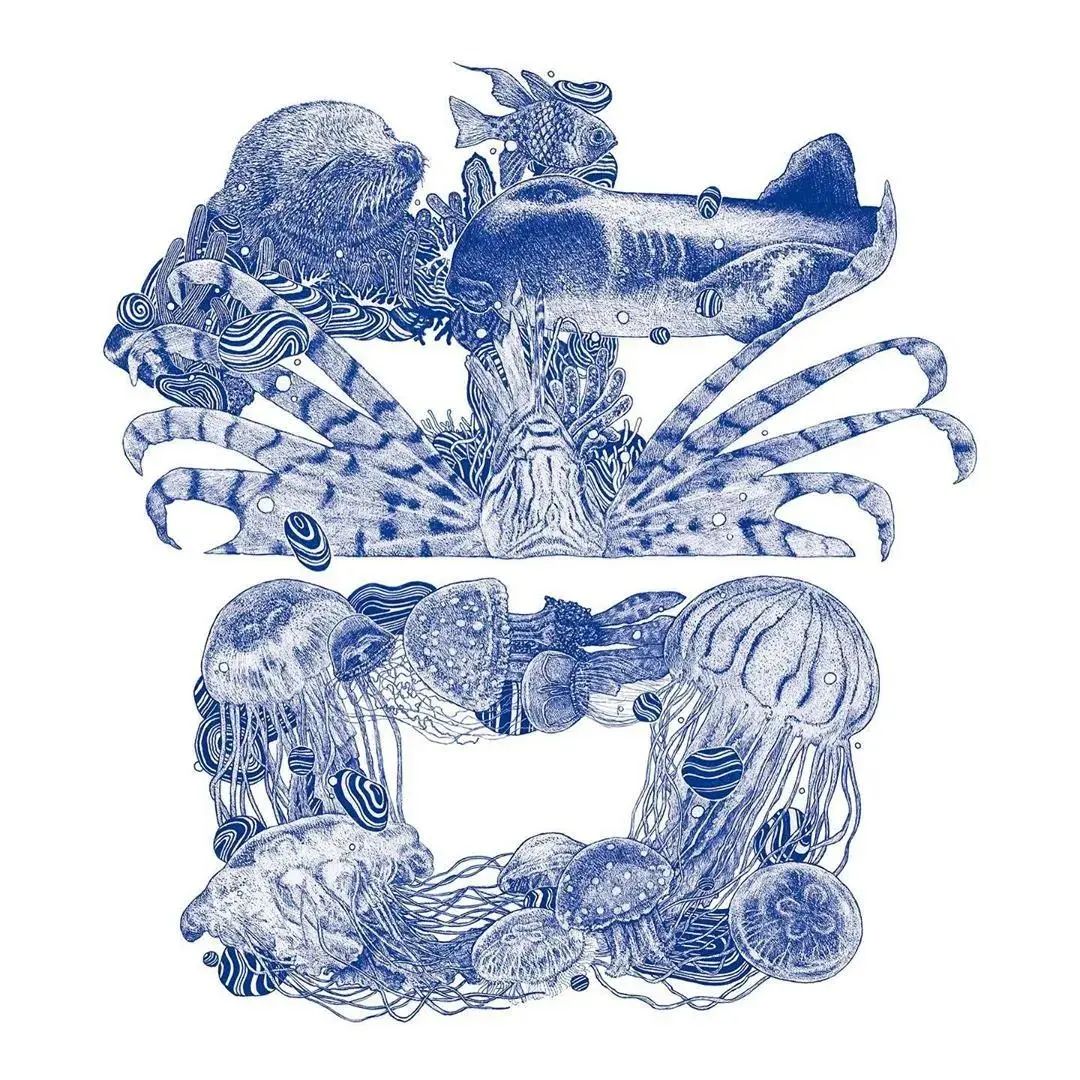 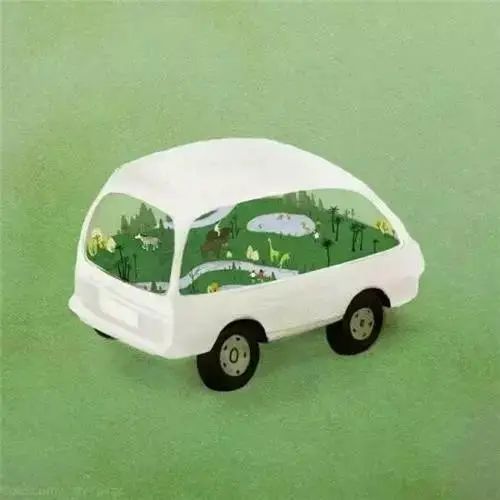 So, what exactly is the point of this group of posters that look at extreme fear and look at polar cattle?

In fact, this is japan's Kyoto Aquarium announced that after the outbreak, that will be officially resumed this summer. The word "perverted notice" is not a "pervert" in the Chinese sense, but a biological pervert, that is, the process of biological morphological changes. What is more profound is that the designer uses the "pervert" meaning the process of developmental change to symbolize that after the outbreak, the Kyoto Aquarium will be transformed into a new look, using the design language to express the blessings and expectations of the aquarium. 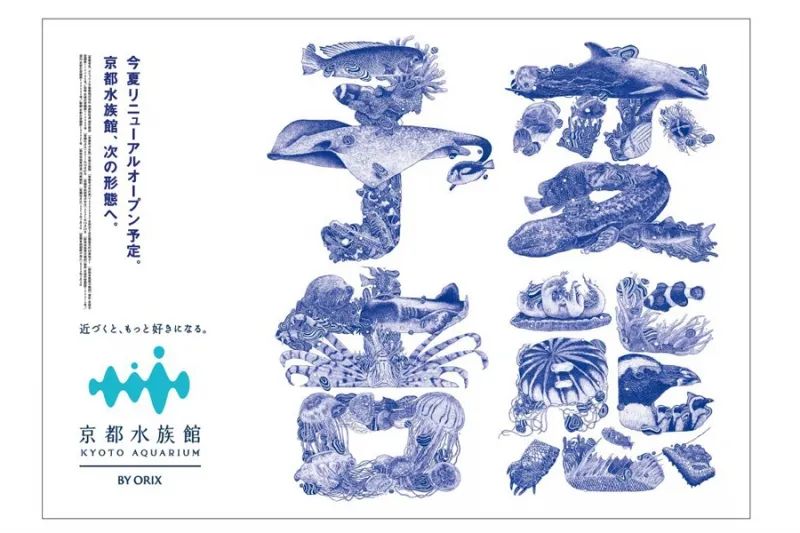 This group of extremely impactful and vitality of the subway advertising, once out of the street will attract passers-by have to stop to take pictures, on the Internet set off a considerable wave. Everyone because of the outbreak and full of haze mood, and now also set the clouds to see the day-like excitement up. 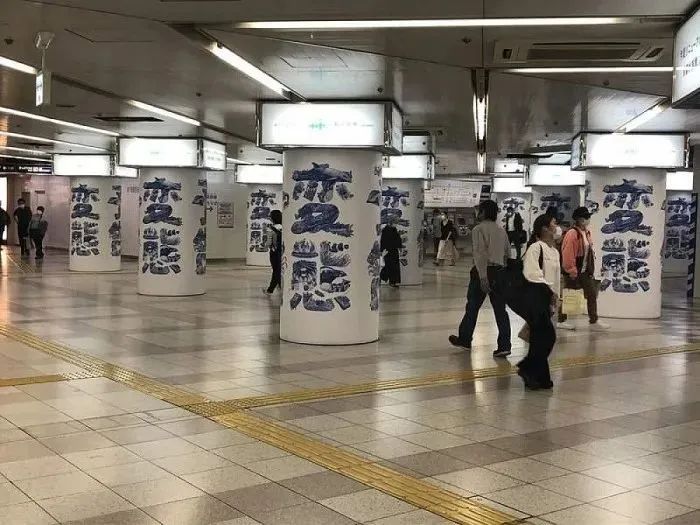 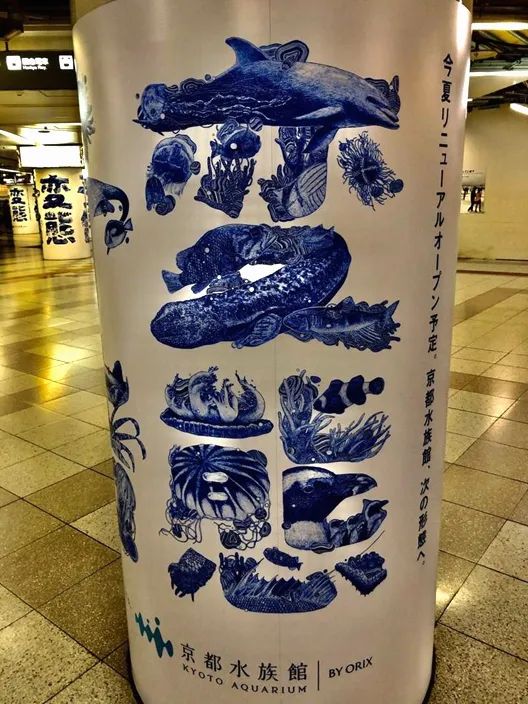 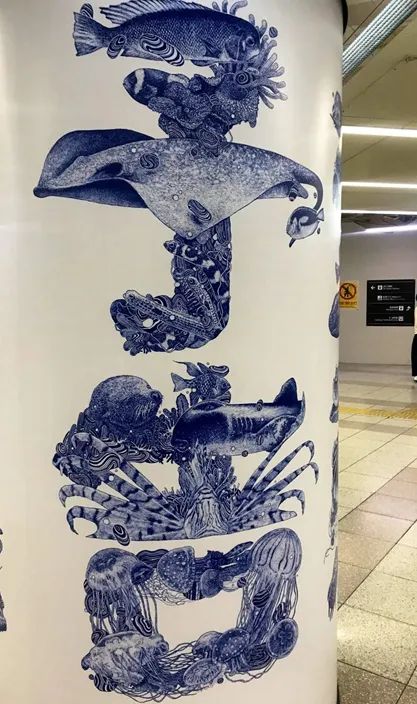 After reading this set of "perverted notice" posters, are you as eager as I am to know, this series of detail-seeking to perverted paintings, who exactly came from? 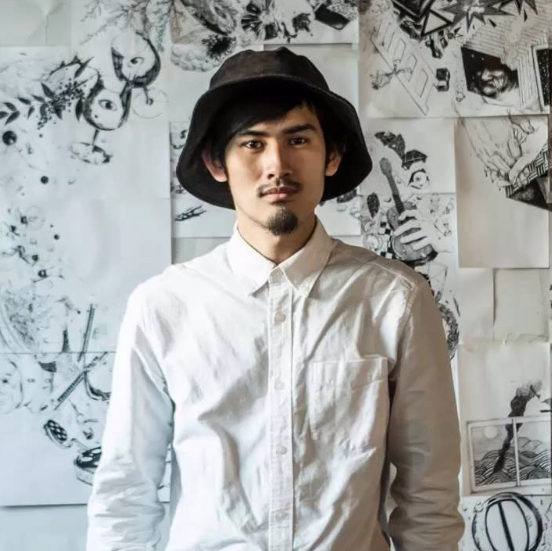 The Japanese illustrator and graphic designer is known as ishii MasanoBU (@masano_bu), which may seem strange to Chinese, but is a very popular painter in Japan because he has previously drawn a series of posters for the Japanese manga "The Giant of Attack", which is also a sly, and square-positive text block form, posted on an outdoor column. So, isn't it the same as the Kyoto Aquarium ad above? 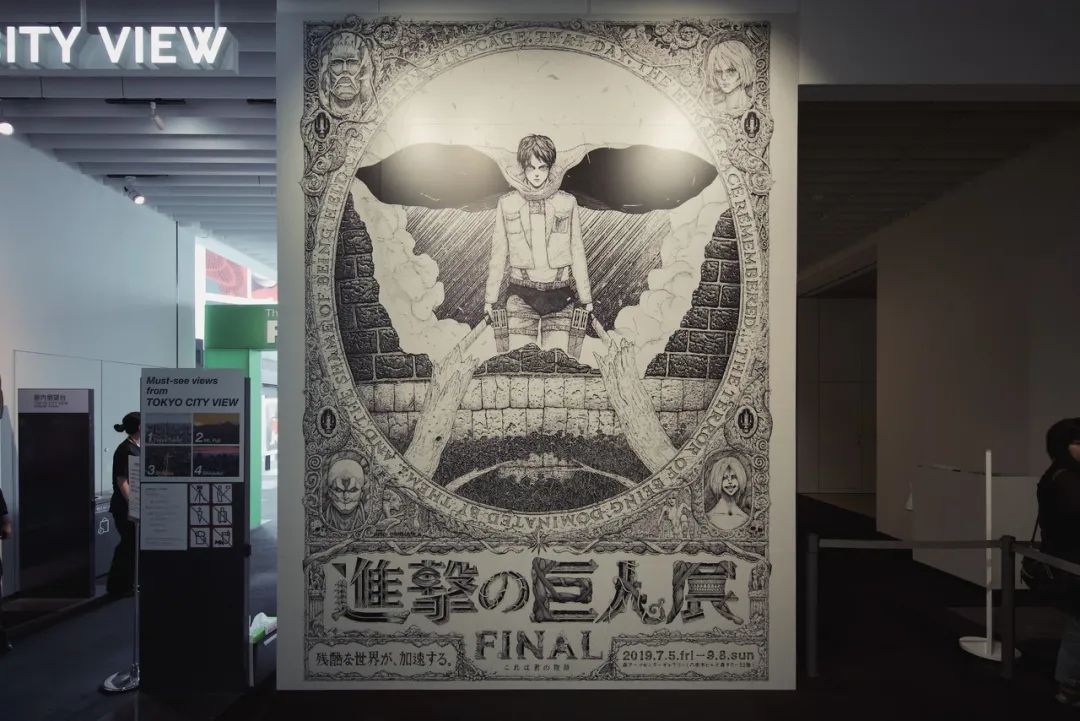 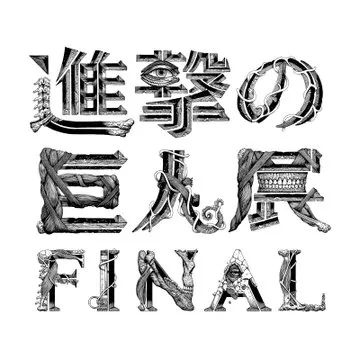 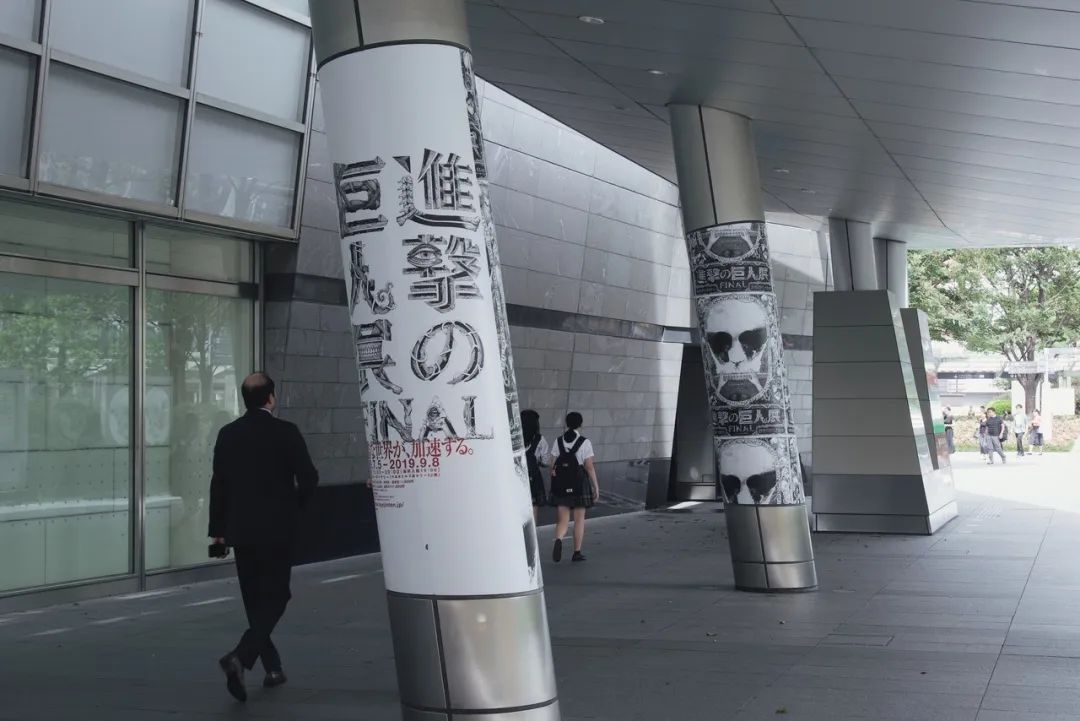 According to the saying, this time Ishii Zhengxin's tailor-made subway advertisement for the Kyoto Aquarium has created an excellent and out-of-the-way (even abroad) effect.

First of all, the poster painting style is very eye-catching, unforgettable, and delicate hand-painted ten posters look at the distance and look different, so that passers-by have to stop to enjoy, and find out the explanation of the "perverted notice" of the information, thus strengthening the "Kyoto Aquarium again" this key message memory. Secondly, Japan, shrouded in the epidemic, urgently needs a creative, entertaining news information to boost the mood, "perverted notice" not only distracts the public from the situation of the epidemic, but also in a positive attitude, to announce the aquarium will soon open in the summer information, but also to the public, I hope you stick to it again, by the summer, the situation will slowly get better.

Such an analysis, this group of subway ads is indeed eye-catching and conscience creative works, such ads, please give me 10! 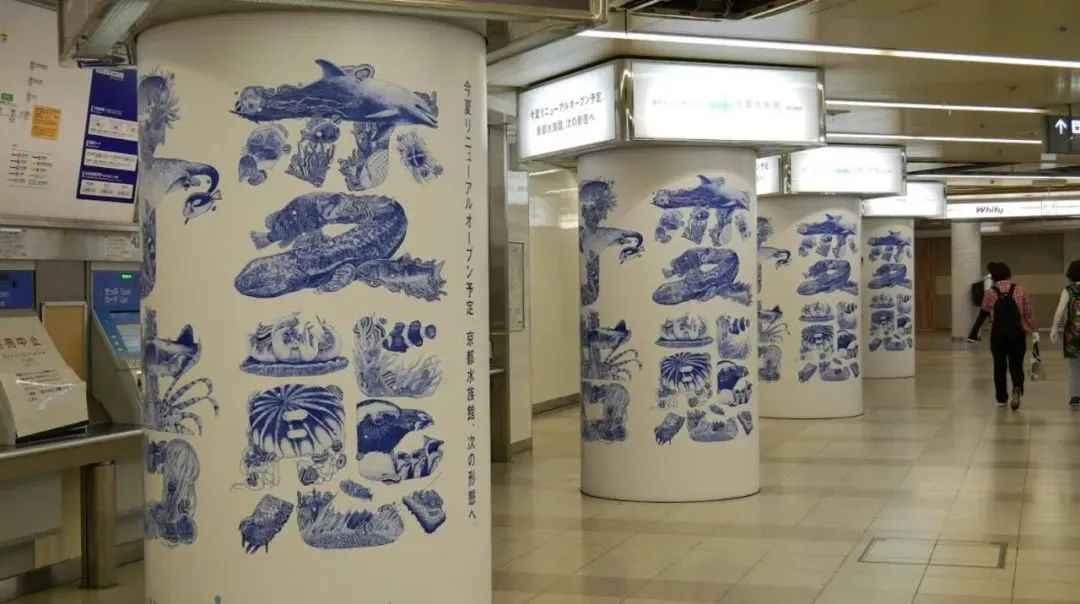 Japan surprised the "perverted" subway ads, the idea is too shocking!
Up to 200 words, currently totalWord.