Halloween is scared by advertising ideas, these ideas are collected first

What are you going to do for Halloween? Since Halloween is a bad Monday, this weekend's small circle of friends has been all kinds of all saintly costumes to brush the screen, you can see how pityful the image of terror is now.

Many people are like small editors, on the one hand afraid of sudden ghosts, but also make up their own brain all kinds of picture sound effects, sleep in the middle of the night is not practical, on the other hand, look forward to this stimulation, eager for the heartbeat to accelerate, adrenaline soaring feeling.

In addition to horror dramas, more and moreMany businesses play marketing is also eyeing this terrorist area, but how to play can be impressive and not offensive? Let's see how merchants write about terror. It is recommended that you do not watch this article in the middle of the night.

1, play around with the horror IP

Chastity can be said to be the predecessor of the horror of the past, how many people's childhood shadow ah, and recently in Japan a decade after the introduction of a limited number of new flavors: almond caramel chocolate bars. Such a sweet new product, but found chastity as a spokesman.

Hungry to the unable chastity, climb out of the TV has been NG, directly put the wig a drop, until the director gracously handed over a taxi stand - and finally changed back to chastity, scary energy full of grid. 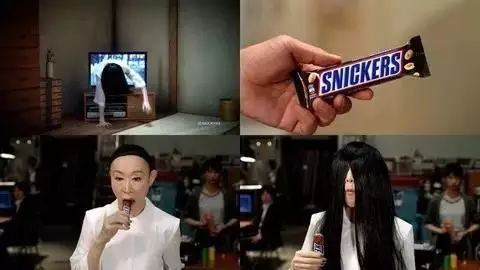 On the virginity of the girl fashion magazine, bring salt for themselves, bring their own strange gas field, inex of a little budding what is the situation... 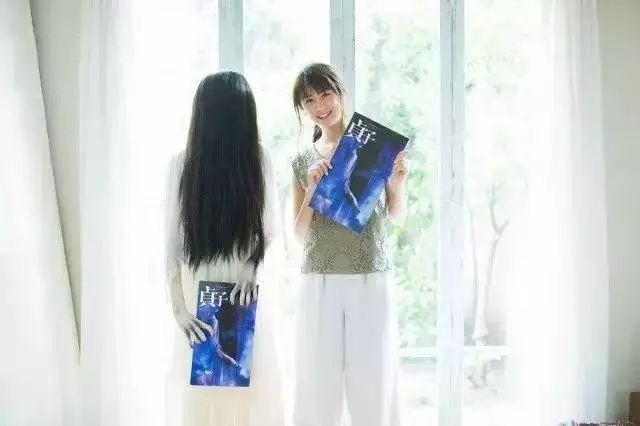 And their own enemies and friends of the "honey" gada coconut together to attend the event to promote the new film, the two people's inner OS should be who is more beautiful? 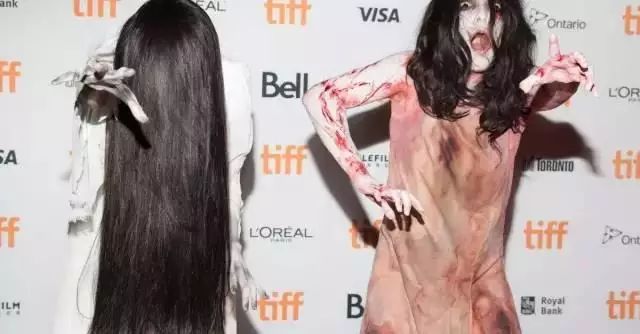 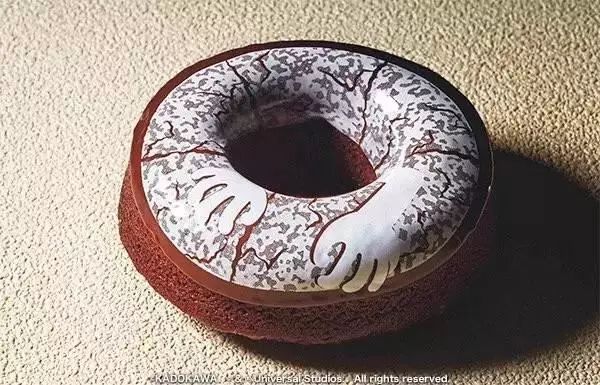 Promote the baseball game, but because you can't run up and directly pounce on the street, inexplicably poked a smile ah... 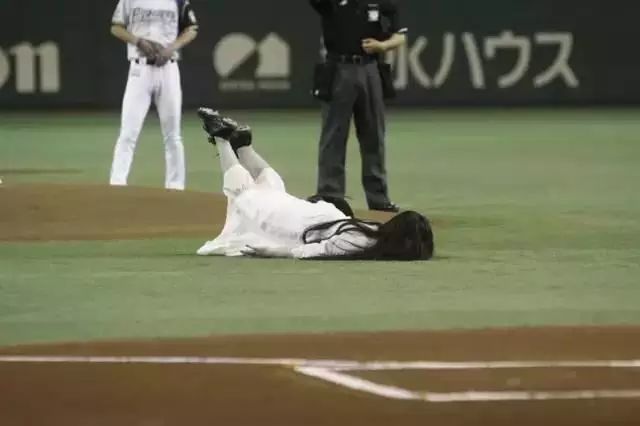 Chastity looks at VR, what do you see in VR? 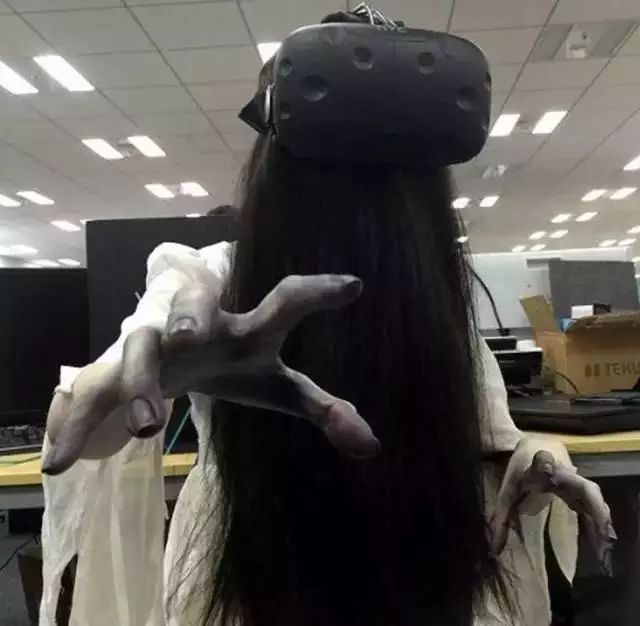 Such a small and fresh picture background, however, the pig's feet itself of terror temperament is completely infected by the atmosphere of two forced, talking about aunts directly to see what is the situation of hunger ... 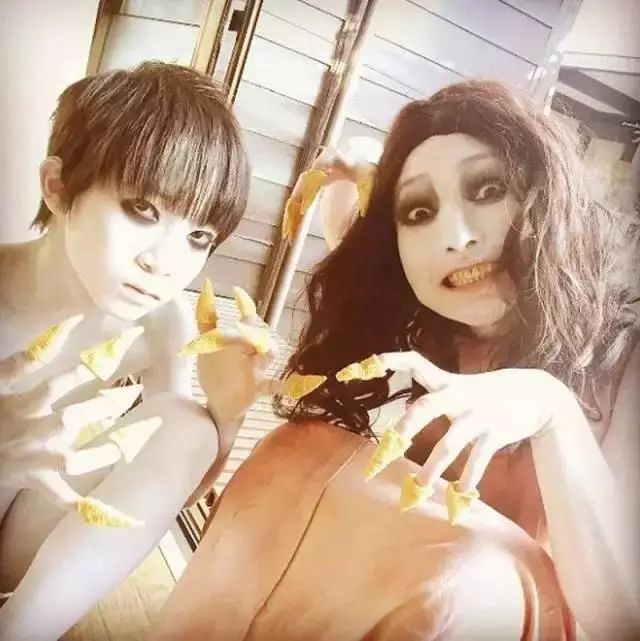 Horror IP around, this is really a bold brain hole, and then associated with the recent hot car back seat horror car stickers, it seems that this is also a big market ah, said not to say the future of all kinds of horror wigs, glasses, cell phone case, T-shirt, dolls are expected to slowly enter the market hahaha 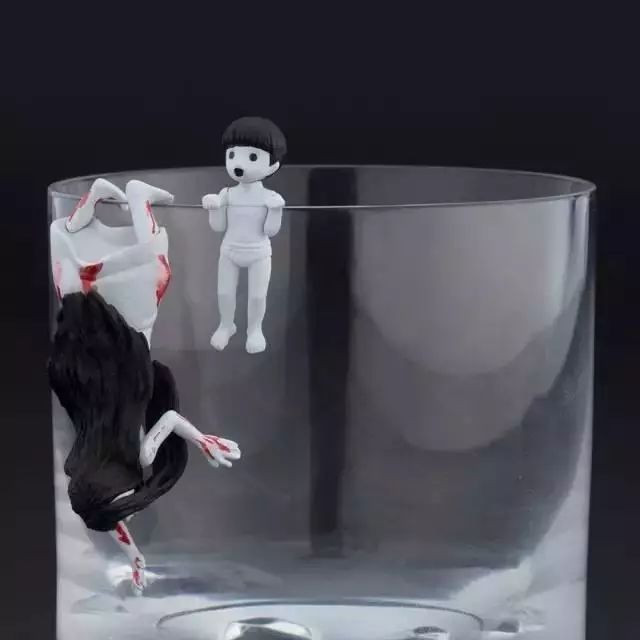 Such a contrasting image of chastity, doing unexpected things, in fact, it is all behind the film production company of chastity, The packaging of the picture: in 2012 with the release of the new "Chastity 3D", for chastity registered social networks, the image of Internet-addicted girls and the 90's psychic ghost image gradually contrasted.

And Taiwan's all-union supermarket ghost festival advertising, for the use of chastity image is also quite classic, the film people see them, not only not frightened, but with a variety of bubble noodles, biscuits, puffed food to express enthusiasm exaggeratedly. Looking at the chastity face forced, horror film seconds become funny film ah there is wood. 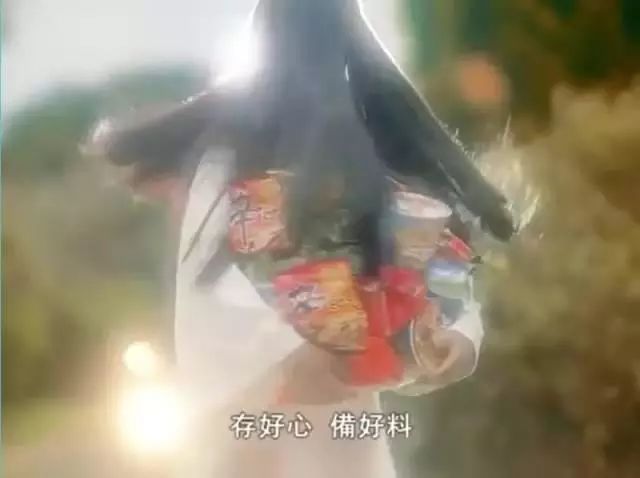 And this year, the whole union is not limited to advertising film display, but also added interactive elements.

On July 29th, the all-in-one released the "Invisible Friends" video, which was nothing special. 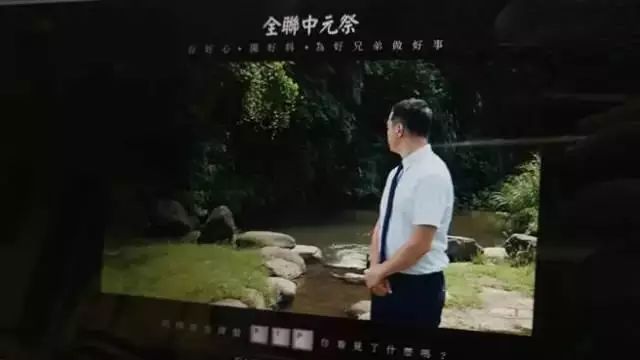 However, on August 1st, the hidden version of the film was made public, and as long as you press RIP on the website, you can see the effect of yin and yang eyes, it really scares a cold sweat... 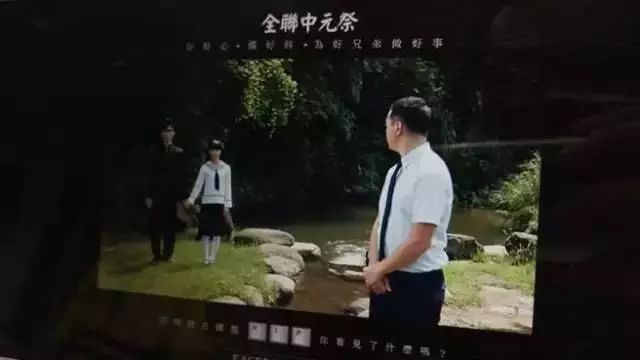 A self-driving pram on the street is sure to catch the eye of many people, but will it surprise you when an ugly, scary baby pops out of it and screams and sprays unknown liquid? In fact, this is a marketing company for the release of horror movies to do marketing activities.

But the baby is really ugly... 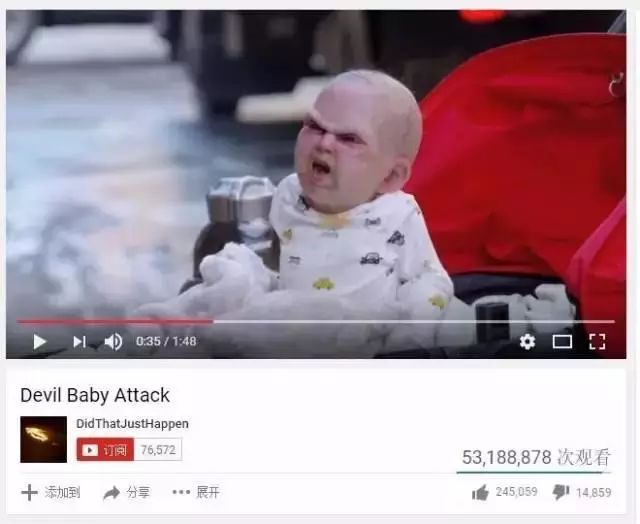 VR feel horror movie Do you want to try it? Tsutaya, Japan's largest DVD chain, hosts a VR virtual reality equipment trial on the street, so long as you bring a headset and immediately enter the zombie world from a first-person perspective to experience panoramic horror movies and experience a more personal, three-dimensional - fear

The device will also detect your heart rate, according to the extent of your shock, send you different discount coupons, to those who are afraid and love to watch horror movies, a home after the opportunity to continue to be frightened!

Suddenly, a person appeared in the search box and had been tapping the screen! 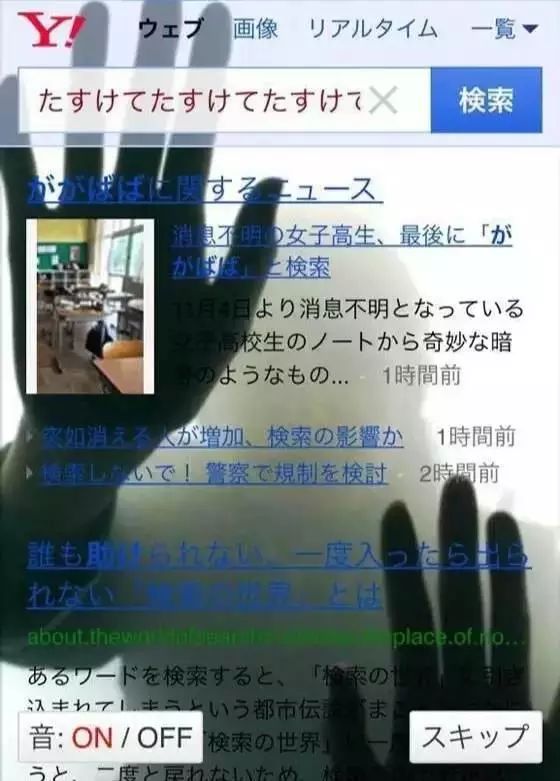 The first news associated with the story read, "Unidentified female high school students left strange signs before disappearing." Then the girl who asked for help was pulled away by a black shadow... At this time, the picture is black, a line of words appear on the screen. 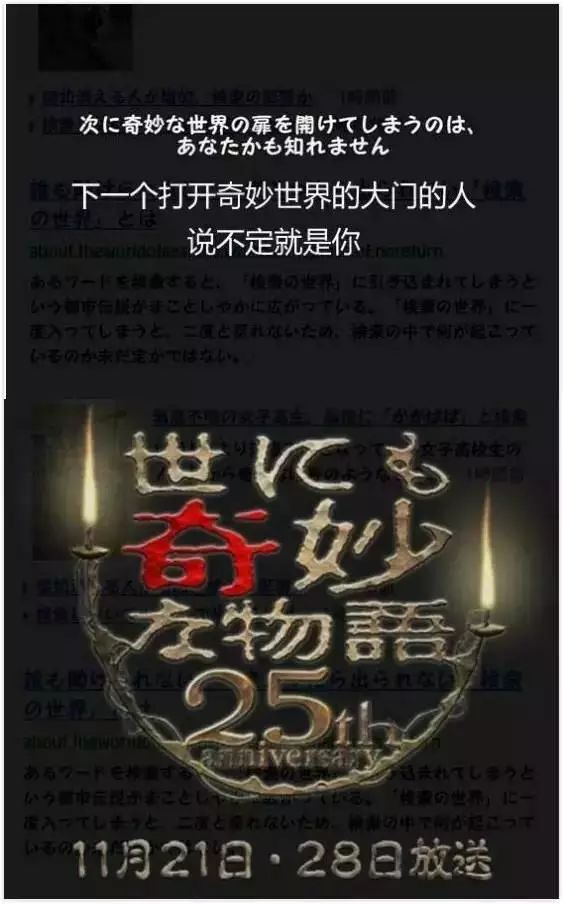 Well, this is to commemorate the 25th anniversary of the broadcast of "The Wonders of the World", the television station specially for the end of November broadcast a special article to make a publicity campaign, but also the search engine play bad wood there ...

Airbnb isn't alone, opening a room directly at Dregula Castle to welcome guests. Fans will have the chance to spend a creepy night in the legendary vampire's lair on Halloween night. Imagine eating a "rotten" meal in the castle, looking at the pale butler and sleeping in a coffin covered in red velvet. 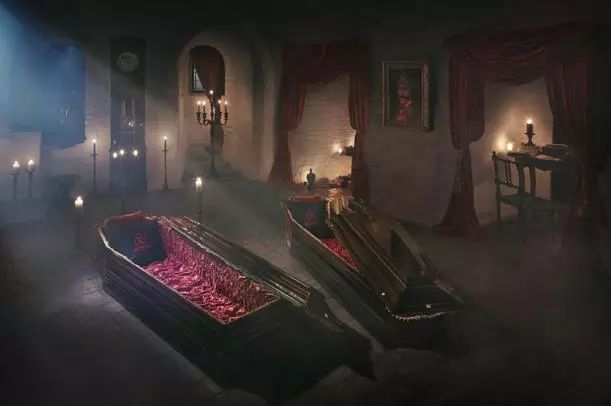 The Walking Dead is also a good hit with horror marketing, and in 14 years to promote the fifth season of The Walking Dead, officials placed a giant "dead man" in Times Square and Hollywood Heights. In addition, in the "dead hands" around there is idle loss of wandering, ticking blood, as if just out of the play, really immersive ah. 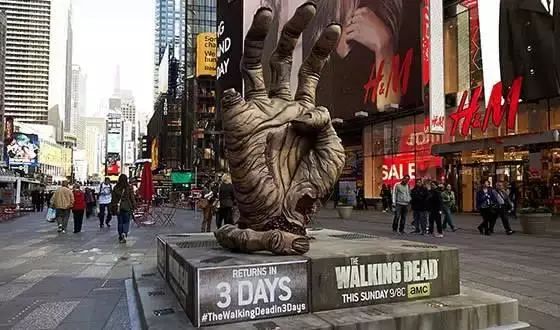 When another unsuspecting person walks up to a particular sewer, a dozen dead arms stick out to drag you into the lost world. 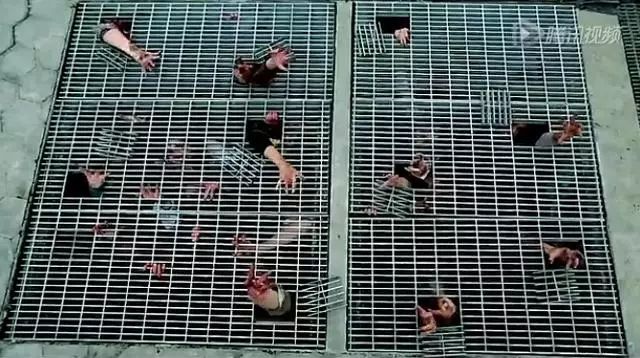 Berwick this year created a blood-colored Berwick, the bar inside all kinds of zombies, werewolves, blood-dropping nurses for you to serve, give you a "blood-colored ice beer", a drink dry, do you dare to taste? 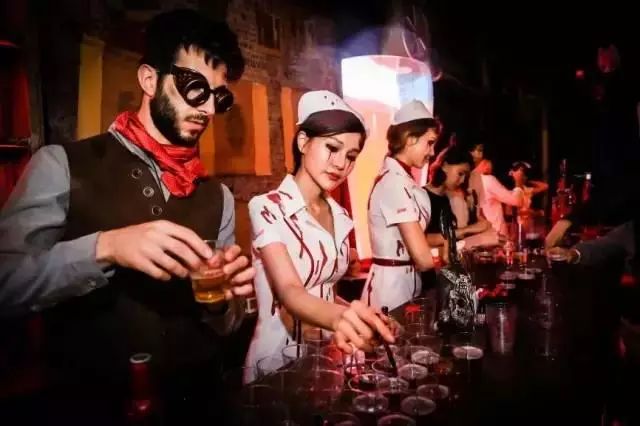 3, the horror of the people

However, terror is still only a small group of people's hobbies in China, that on the basis of terror plus a little dull, it is more popular

Pizza Hut's Shanghai Mero recently launched a dark magic barbecue pizza, which, in the case of the average chef, is not made by an ordinary chef, but by a group of little monsters with magic. 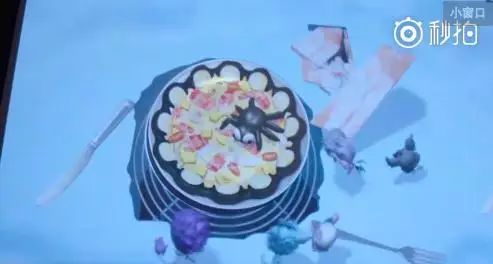 In fact, Pizza Hut launched the black magic bare-eyed 3D show, the customer's dining table turned into a screen, the plate into a monster's kitchen, a pizza in front of the eyes. 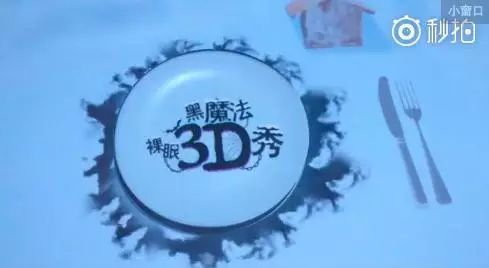 And KFC this year also with the monster Shrek cooperation, bring a limited number of Halloween new products - new Halloween buckets and strange blood bag drinks, eat and drink together, let everyone feel the fun of Halloween ugly, fruit and vegetable juice good or bad to drink, just with this package to talk about aunts want to come.

Last year's Sli rack invited a professional pumpkin sculptor, in the advertisement will be three ordinary pumpkins three into a dull little monster, holding the taxi stand said "who are you, when you are hungry?", huh, when I was hungry, it is not so ugly 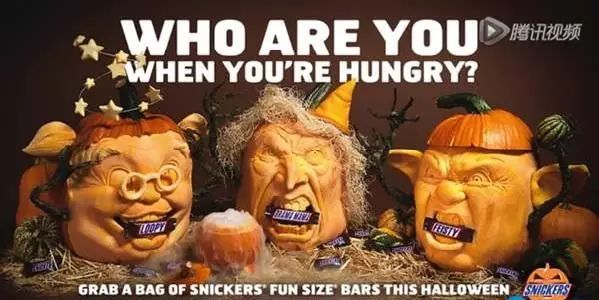 Also taking the budding route is Krispy Kreme, a major U.S. doughnut chain that has been around for more than 70 years. His Japanese company launched the Halloween-defined doughnut "Mad for Monsters" in 2015, which is also a new level of ugliness, but donuts grow into such a way that they can't bear to be destroyed. 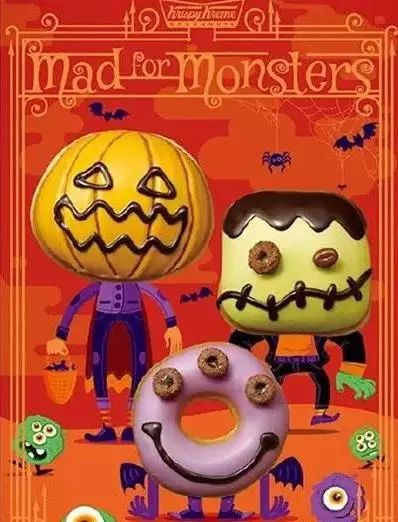 Have you ever been frightened by a fancy scary brain hole after reading it? Life is so beautiful, occasionally look at me, terror can also be funny, afraid not to sleep 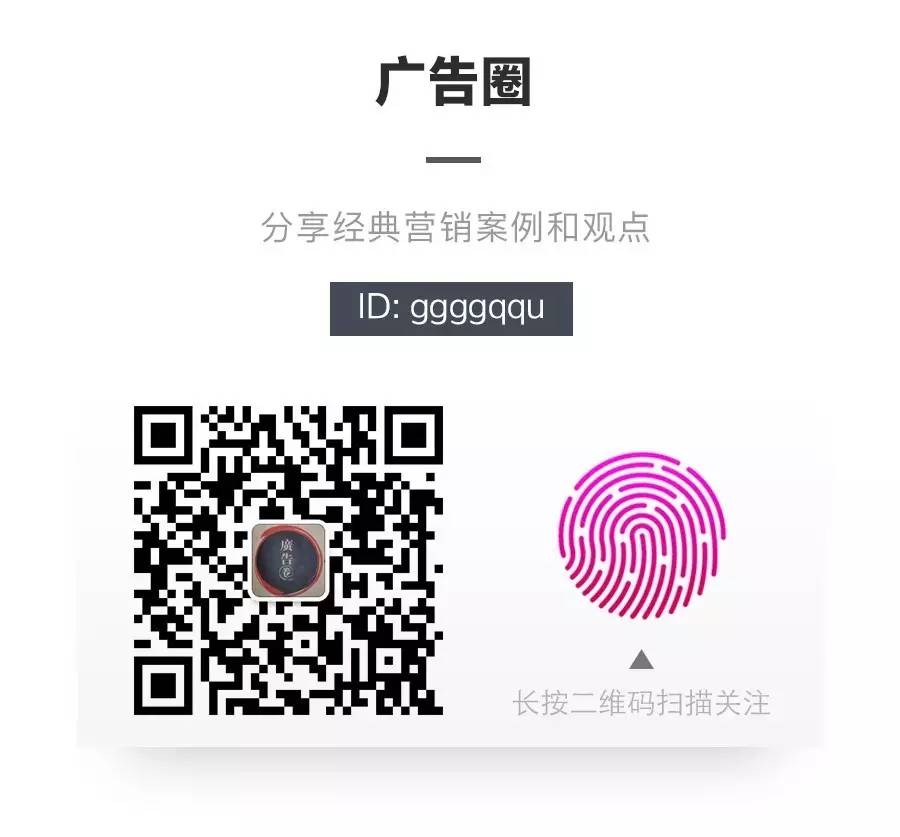 Halloween is scared by advertising ideas, these ideas are collected first
Up to 200 words, currently totalWord.

These zero-cost ads are worth millions of dollars
There's an idea called Volvo Truck Ads!
Telecommunications advertising ideas hit: the real version of Robinson Crusoe, have you ever experienced it?
Stunning outdoor advertising ideas, have you been "snaughted"?
It's called advertising creativity!