A lot of sci-fi depicts a scene where when you're waiting at a bus stop alone after work, the billboards at the station light up with the latest movies about your favorite actors, and when you get out of the car and you approach a convenience store, the advertising screen next to the shelves starts to show news of a new flavor for a pizza brand you often buy.

This may be the ultimate form of advertising in the future, which can push the boundaries between online and offline physics, and push personalized ads based on consumers anytime, anywhere. AndAccording to Business InsiderGoogle, the boss of desktop advertising, is already moving this step forward. 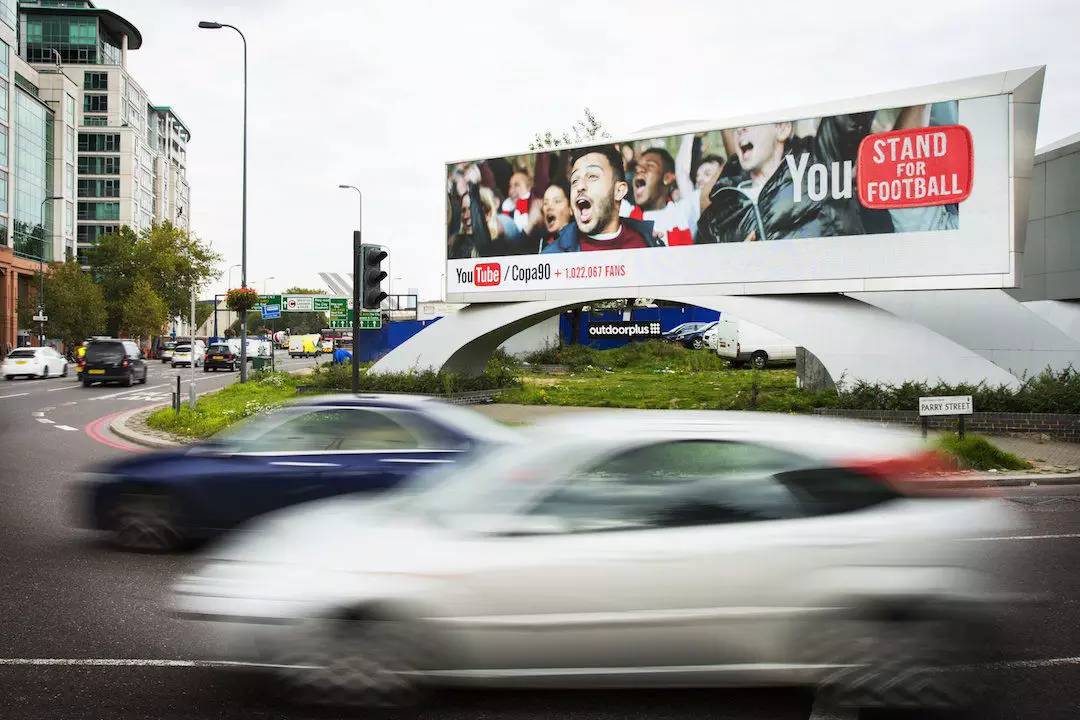 The test, which will run in London until the end of November, will allow Londoners to see the ads, selected by DoubleClick, on large digital billboards at transport hubs, along main roadways and in the city centre.

In order to perform the testGoogle has worked with a number of offline advertising media, including billboard owner JCDecaux, Ocean Outdoor and Outdoor Plus, advertising platform provider GrandVisual, and creative media companies Talon, OMD UK, Essence, R/GA, and Co:Collective. To bring together so many advertising players, it's estimated that only Google can do it.

The person in charge of DoubleClick mobile solutions Tim Coller Said.This is also being tested in the proof-of-concept phase. "We have a general misconception that it's going to be very easy to get online and offline advertising," he said. But this experiment shows that many parts of the industry are fundamentally different and need to be further developed and integrated before they can really be realized. For example: "Launch real-time creative advertising, understanding of exposure and value points, reporting, audience data, buying patterns, revenue management and incubation periods." "

But for Google, the benefits of effectively optimizing offline ad delivery are huge. Tim Coller further explains that, for example, if there is a degree of waste of the 1 million ad serving points we buy for a single customer, we'd better give those 1 million points to multiple customers in the best way available and ultimately achieve optimal revenue.

Predictally, Google needs more personal data than online ads to deliver offline ads with precision, and for Google, which is already reeling from privacy concerns in Europe, it's a long way from achieving that sci-fi scene.