Facebook recently announced that it will launch campaign budget optimization for marketers in September. This means that if all campaigns in the 56 days before launch are optimized with campaign budgets, you can't turn it off or set a budget at the ad group level.

What is campaign budget optimization?

Campaign budget optimization is a new feature of Facebook that optimizes campaign budget allocation for individual ad groups in your campaign. This means that Facebook will automatically and continuously (based on your goals) find better opportunities in your ad group and allocate budgets in real time to get these results.

As a result, you can get more conversions at a lower cost per conversion, increasing your return on ad spend (ROAS). 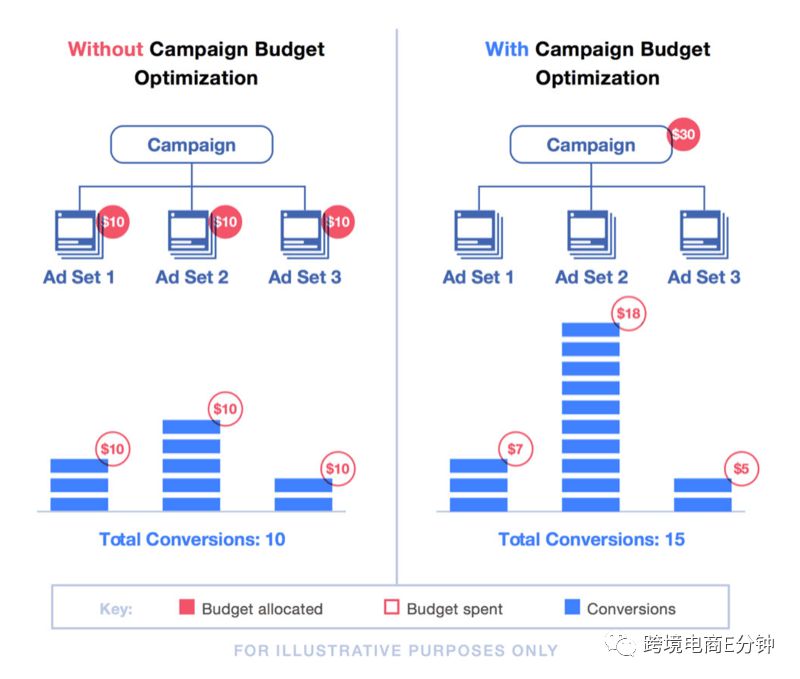 Campaign budget optimization moves the location where you set your budget from the Ad Group level to the Campaigns tier, which has a significant impact on how you create, test, and analyze your campaigns. You can set a total daily budget for all ad groups in your campaign.
With ad group budget allocation, you can block Facebook from optimizing if you want to test your audience. Now that you want to analyze the results, you should analyze the average of the entire campaign, not in a single ad group.
Next, I'll show you how to use campaign budget optimization.

First, open Facebook Ads Manager, and then click Create in the main dashboard. This opens one of the two creation windows, which window you open depends on how you created your campaign before.

This example uses Quick Create. If you open the Boot Creation window, you'll need to switch to Quick Create mode. 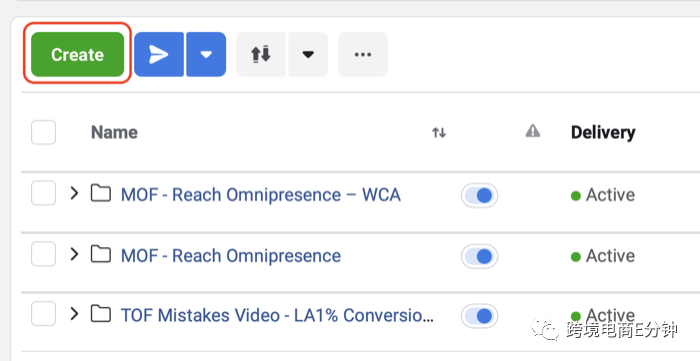 In the Quick Creation window, name your campaign, and then select your campaign target from the drop-down list. This example uses a conversion target.

Then open Campaign Budget Optimization and set up your campaign budget. You can set a daily or total budget, which is the same as setting a budget at the Ad Group level.

For example, if you're testing three audiences and you've previously allocated $50 per ad group per day, the new campaign budget will be the total budget for your ad group: 3 x 50 x $150 per day. 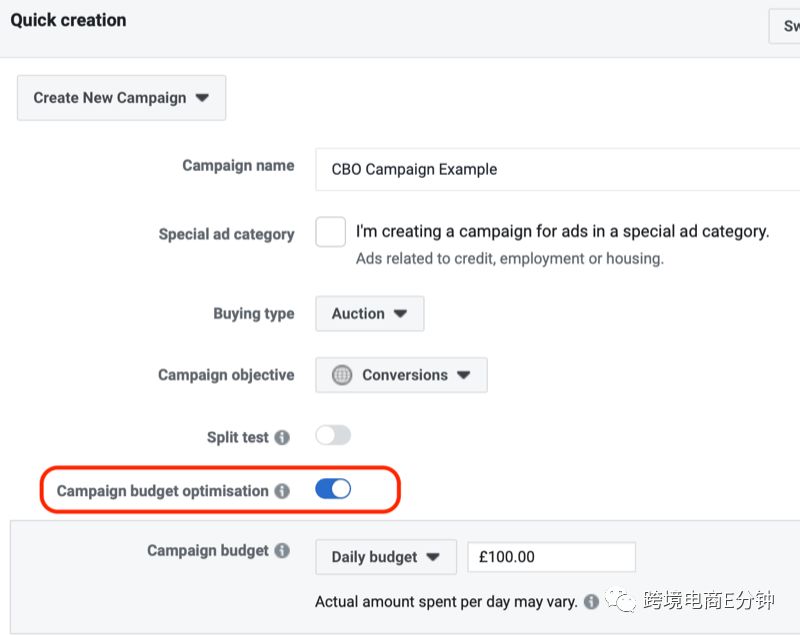 Next, complete the rest of your campaign by naming your ad groups and ads, and then click Save Draft to create a draft campaign in the Ads Manager dashboard.

When you turn on campaign settings in the Campaign Budget Optimization section, you'll now see an option to select your campaign bid strategy. Similarly, it used to be at the ad group level, and Facebook has moved it to the campaign level with this new way of creating campaigns.
With conversion goals, you'll have the following bid strategies:
Lowest cost (lowest cost);
Cost cap (fee cap);
Bid cap (bid cap);
Target cost (target cost). 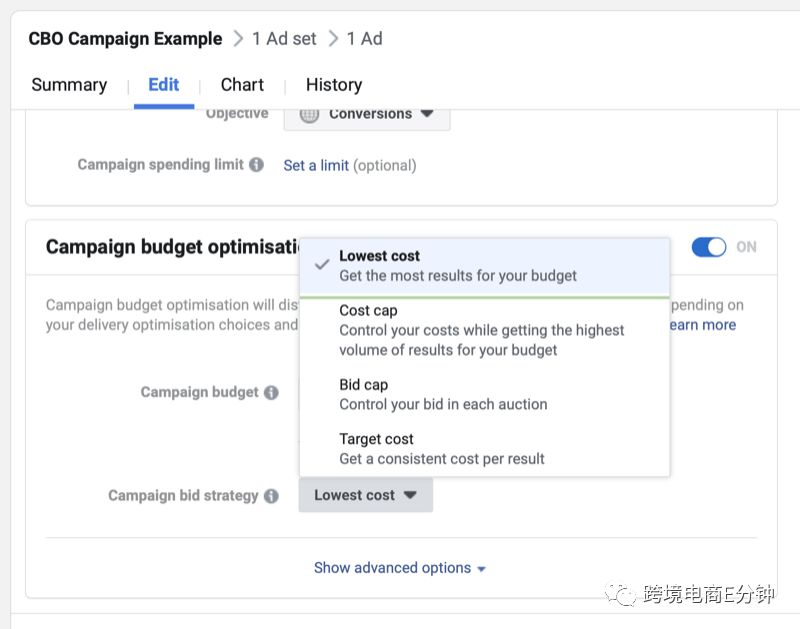 The first is the lowest cost, which is Facebook's automated bid strategy. Later, if you want to expand your campaign and budget additionally, you can switch to the "cost cap" or "bid cap" strategy and use manual bidding.

Tap the ad group button on the right side of the screen or click the name of the campaign to go to the ad group level.

In this example, you want to optimize for potential customers and test multiple similar audiences of different sizes. In the first ad group, you selected an audience with a similarity of 1% from your site's custom audience. 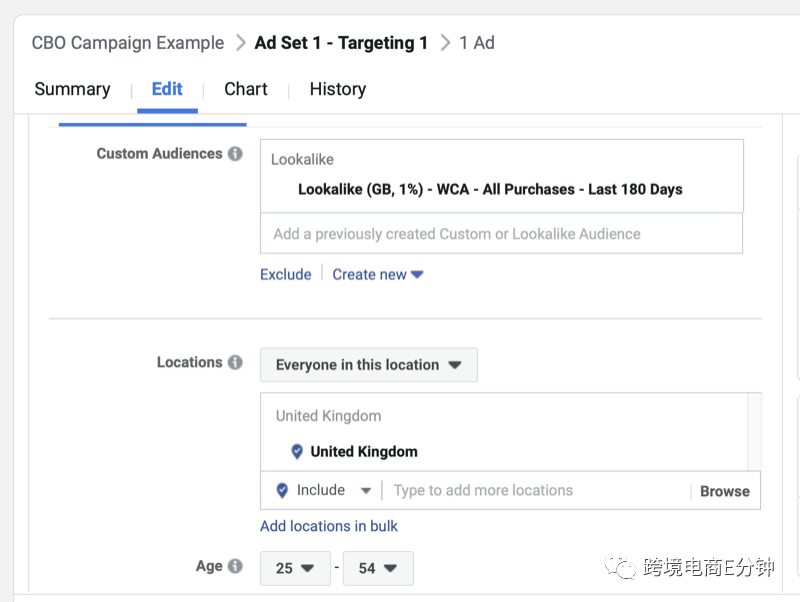 Select a target to optimize, such as link clicks or landing page visits in the Traffic campaign, or conversion rates in this article. In this section, leave everything as the default setting, including "conversion window."

Tips:You can set spending limits for each ad group to control campaign budget allocations between ad groups in your campaign. You can find this option in the Budget and Plan section of your ad group.

You can set the minimum and maximum expenses for your ad group. One use scenario for campaign budget optimization is that you want to test the performance of your audience, so you want the coverage of each ad group to be more evenly distributed. In this case, you certainly don't want Facebook to optimize only for better-performing ad groups. 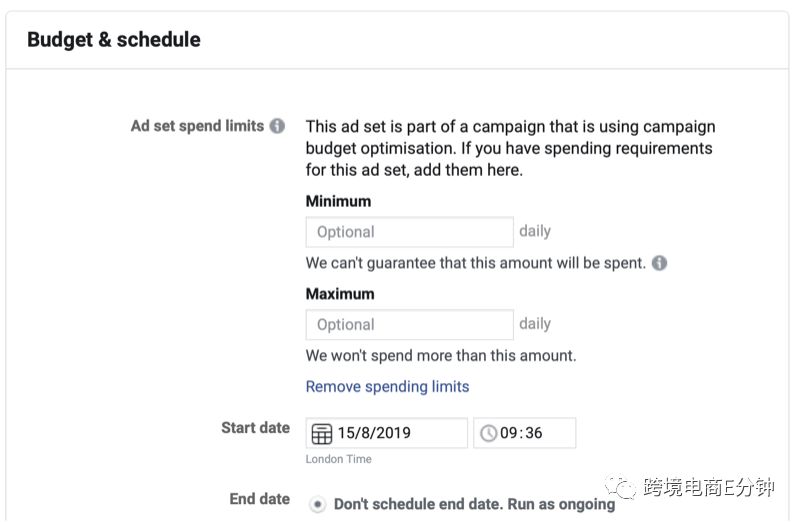 Navigate to the Ads level of your campaign and create ads. Select ad formats, creatives, documents, links, titles, and call-to-action language. The ads you make will depend on your target audience and the items you sell.

In this example, you are targeting similar inactive audiences in an inactive lead test campaign. The goal is to stimulate an active audience in your audience that you're ready to buy, so you'll need to run service-related ads.

You can easily copy and change variables, such as copy or creatives, by using the Duplicate option to create another ad.

In contrast, if your campaign budget is low and contains many ad groups and ads, optimization takes longer because more campaign elements require a budget.

Now that you've created your first ad group using Campaign Budget Optimization, if you want to copy it to create additional ad groups. Then go back to the ad group level of your campaign, select the ad group, and then click the Duplicate button. The rest of your ad settings remain the same, so your audience is the only variable you can change.

Then there's the ad level, and you can use the methods described below to select ads from the first ad group you created. This way, you can maintain social engagement (such as likes, comments, shares, and video views). 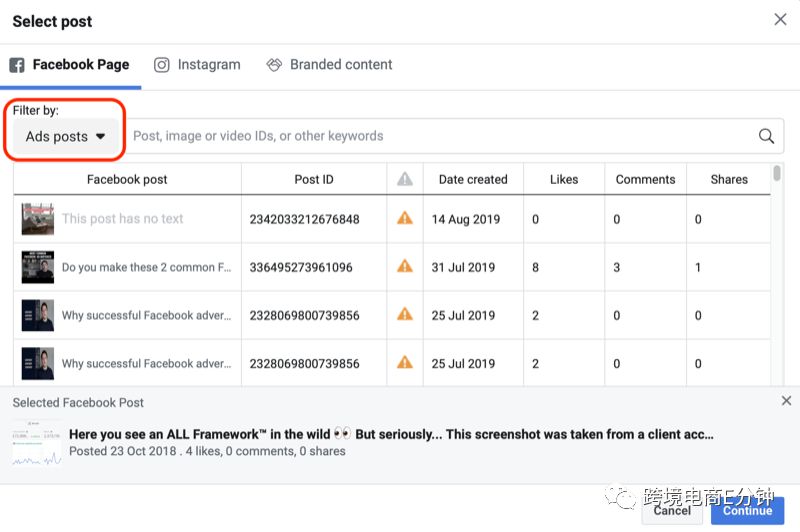 In the Select Post window, select Ads Posts from the Filter By drop-down list. This will show you your recently created ads, their post IDs, creation dates, and social engagement.

Find the ad you created in your first ad group and it will appear at the bottom of the window. Then click Continue.

When you're done, repeat the process for other ads in your ad group.

Tips:If you want to make more than two ad groups (as shown in this example), you need to repeat the ad group replication phase outlined earlier, but instead of copying the first ad group, copy the second ad group you created. You've taken the post ID approach, so you don't need to make any changes. But you still need to change the relevant audience in a new ad group.

After you create your campaign, post all the changes.

The campaign structure for this example is: 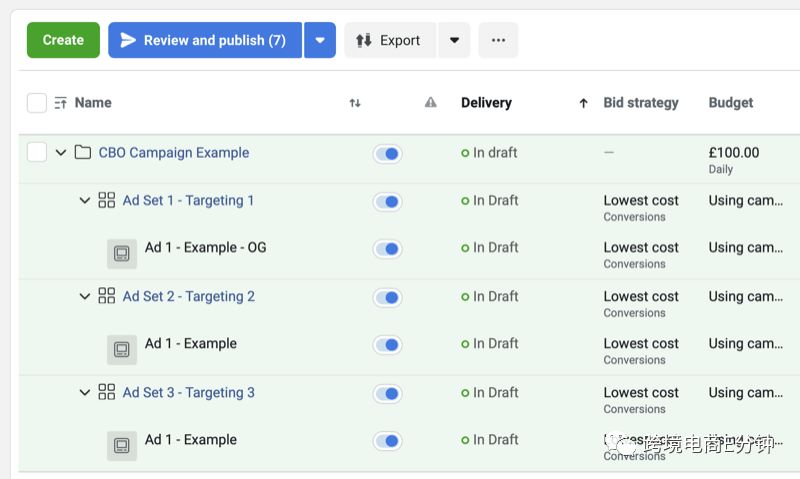 Facebook says you shouldn't analyze search results at the ad group level. Instead, you should measure performance based on the overall results of your campaign and the average cost per optimization at the campaign hierarchy.

This is a big change because you used to measure audience performance at the Ad Group level. Facebook recommends reviewing data only at the campaign level, but when measuring ad returns, you can reduce the cost-per-action by closing a higher-cost ad group and letting Facebook optimize other better-performing ad groups.