How foreign e-commerce companies use social networks such as FaceBook

Choosing a platform that really suits your category is critical. Different social platforms are suitable for different categories, different social marketing programs, according to their own categories carefully choose. Foreign trade e-commerce selected a suitable social networking site, the social networking site to do deep, so as to show our results.

Now that fb has more than a billion users, fb traffic is growing fast, and streaming and interacting in fb will work very well. But at the beginning very few domestic electric chambers of commerce in fb interaction, just a simple page set up. But now it's noticed that more and more people are using fb for social marketing, so there's more competition.

An important factor in e-commerce is traffic, and how to make good use of traffic inlet is one of the most important factors to improve our flow.The traffic entry is divided into three categories: the first is search, the second is an old customer, and the third is a professional community. For search entrances, because it is clearly directional, so the conversion rate is relatively high, so do a good job of optimizing our stores and products. Old customers are a traffic channel that we all attach great importance to, because the return of old customers is a large part of the profits of many of our merchants, and now new customers get higher and higher costs.

Policies and content are important.Many friends will think that the cost of off-the-books diversion is high but the conversion rate is low. I think the first is that their platform was chosen wrong, and the second is that the policies and operations that operate on the platform may not be in place.

Foreign trade overseas marketing may not be a website, it is likely to be several sites, because our customers in different regions and use different social networking sites.But we don't have to do it all, we analyze which category or social networking site we're suitable for based on our own categories. When doing promotion, not every channel has to do promotion. To do the best and best for our channels.

Analyze the channels and find the one that works best for us, saving on the cost of social marketing and increasing the conversion rate of the cost. Plus resources are limited, so go deep for our social networking sites so that we can show our results.

Now let's talk about the distribution of social networking sites, fb is mainly distributed in North America, South America, Europe and Australia, accounting for the largest user base.vk is the largest user base in Russia or Russian-speaking countries. And China has Tencent. Because our social network marketing relies on a lot of data, if we think about how fine the data we can take advantage of the socialbakers, it will publish the number of users in each country involved in the platform. To add, fb is a social subtract because you add friends that you wouldn't add if you didn't know them. What's not real is social addition, because what you post is public and anyone can see it. The other part is a professional forum, some science and technology evaluation blog and some professional channels, which are written more professional, such as 3c forums, most of the users are men. Different categories are suitable for different social networking sites. If you want to do Russia can pay attention to vk, do European and American wig category can pay attention to fb.

The first step in social marketing is to maintain your old customers，Real-name social networking sites like vk and fb, in particular, are easy to add only old customers who have had intersections because it's hard to add them as friends if you don't know them. For example, we can have our customers go to our community page to reflect the situation or problem, and then we actively interact with them and precipitate them. At the same time, we should avoid simply advertising. But hobbies, we can do some content to impress them.

(This article is intercepted from the foreign trade treasure gourd) 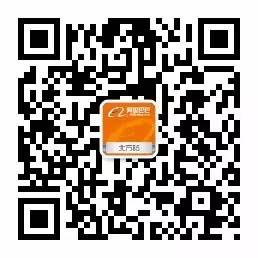 Do you still don't understand Facebook when you're doing foreign trade? LinkedIn? Social marketing
Up to 200 words, currently totalWord.

Marketing tips on how to channel to blogs via Facebook (2)
How independent stations use Facebook to do a good job of marketing
The factors that influence Facebook Reach
If you haven't used Facebook to market, you're out
Foreign trade dry goods . . How do B2B companies leverage Facebook marketing? (Scientific Internet tool collection)