According to the 2014 CSM 12 Urban Foundation Study, 88.5 percent of TV ad audiences said they had been exposed to TV media at home every day; 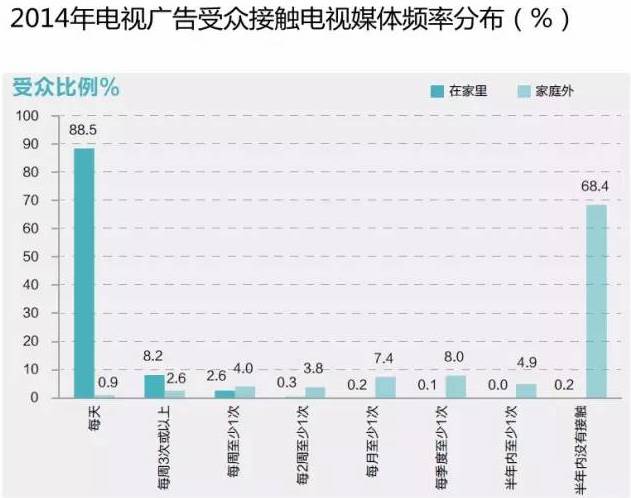 It can be seen that for the television advertising audience, the television media still tend to be a "family-type" media, the main place of communication is still concentrated in the home, and the contact behavior is very frequent.

Data show that in 2014 the network video advertising audience in the three modes of media frequency showed a certain difference.

First, the proportion of ad audiences "watching live webcasts online" accounted for 49.7 per cent of "at least once a week" and above, accounting for almost half of the total;

Finally, 42.4 per cent of ad audiences who reached online video through "download web video" were "at least once or more per week" and 30 per cent said they had not been exposed to online video in six months.

In terms of three ways to reach out to network video media, "online viewing network video-on-demand" is richer than live-streaming programs, and audiences can choose more content.

Combined with the data results, it can be found that for the network video advertising audience, online on-demand with a variety of communication advantages is a relatively high degree of activity of network video contact.

In contrast, the proportion of low- and medium-frequency audiences with a frequency of "at least 1 every 2 weeks" and below was low, totalling no more than 10 per cent. 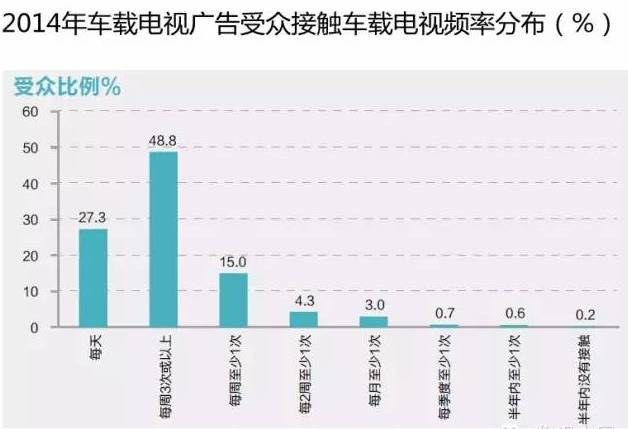 Tv advertising audiences watch an average of about 1-5 hours of television a day, with longer weekends than weekdays

Looking at the 2014 CSM12 Urban Foundation Study data, the average daily audience for TV ads from Monday to Friday was between "about 1 hour" and "about 5 hours", with an audience ratio of more than 10 percent and a total audience of 81.2 percent. 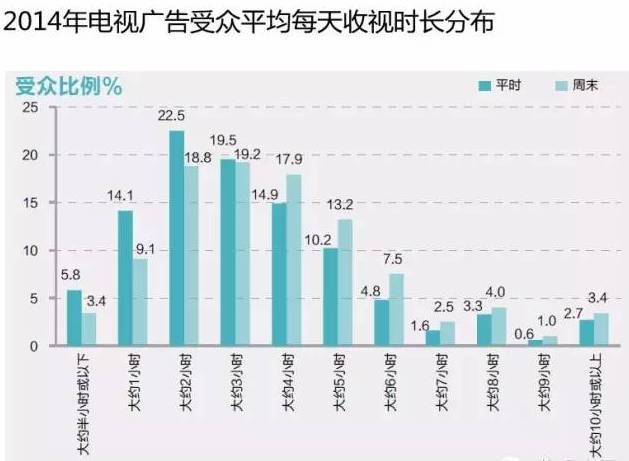 Taken together, in 2014, tv advertising audiences focused on "about 1 hour" to "about 5 hours" of television on average, compared with a larger proportion of 2014 audiences who watched long hours on weekends than on weekdays. 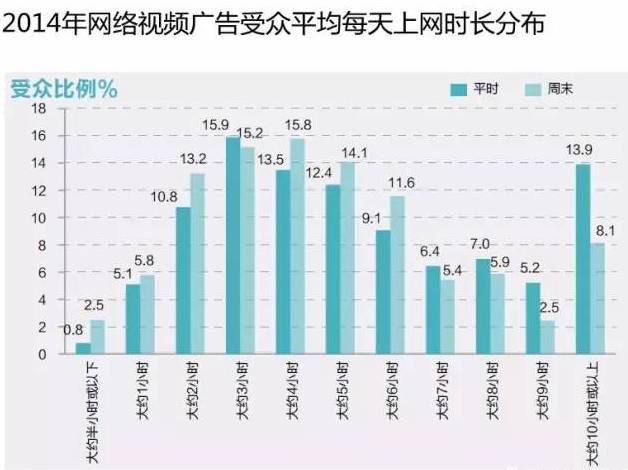 Looking at the average length of time an in-car TV audience was exposed to in-car TELEVISION in 2014, the most focused periods ranged from "approximately half an hour" to "approximately three hours", with a shorter time and a total audience share of 73%.

The average audience for "about 4 hours" or more was smaller, at 27 per cent. 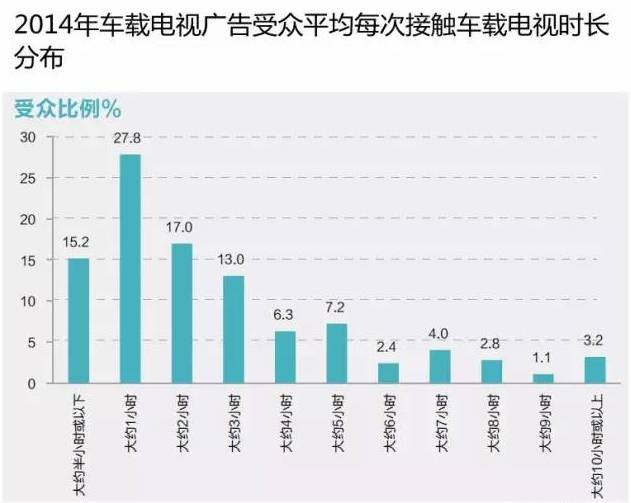 As one of the representatives of outdoor video media, the communication conditions of car TV need to use subway, bus and other means of transportation, the dissemination target is mostly people traveling by means of transportation, its audience contact time is more limited, so the media contact time of car TV advertising audience is generally shorter. 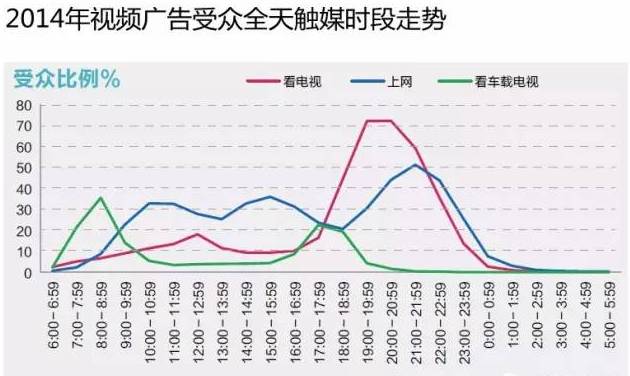 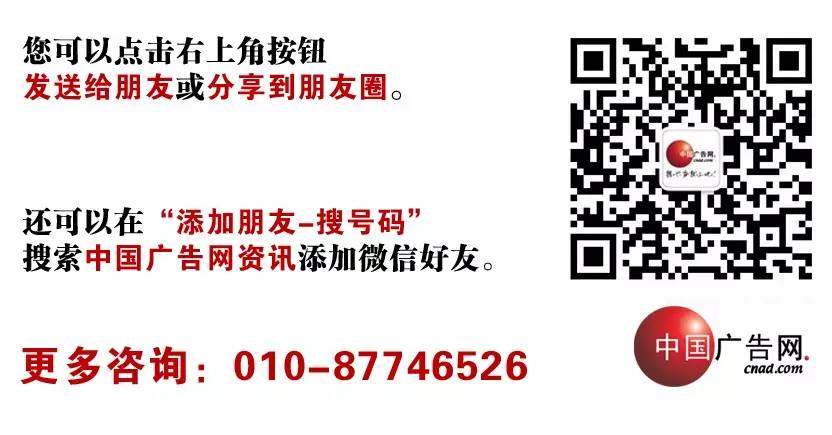 Data: Video advertising audience media are all revealed
Up to 200 words, currently totalWord.

Want to find out the bottom of the old king next door? 13 advertising monitoring tools for domestic competitors
Accenture Interactive CEO: Competitors are the CEOs of client companies, not advertising companies
If the outbreak eliminates some of the advertising labels, will you have fewer competitors?
Lyft has launched four new ads mocking rival Uber
How do I properly spit out competitors in an ad?