Broadcasting in the eyes of broadcasters: audience targeting and advertising characteristics

Overall, from the feedback of the 10 frequencies interviewed, each frequency self-confessed that the current frequency of audience positioning and expectations are basically the same, there is no significant adjustment plan.

The actual situation of news frequency positioning is basically in line with expectations, which has a lot to do with the properties of the program itself.

News programs attract people with certain life experience, certain work pressure and relative maturity, who pay more attention to the policy direction and economic environment, while young people tend to focus on entertainment, gossip and so on.

From the future, I hope that the audience in the income or academic level is higher, to the middle and high-end people continue to work hard. But at the same time, it should also be taken into account that the old people are different from the old.

For example, now 60- and 70-year-olds, they are the first generation of only child parents, knowledge and culture, broad vision, economic independence, strong spending power, for advertisers, if this part of the people abandoned, it will undoubtedly be a great loss.

First, the traffic information broadcast is "just needed", especially in the more serious traffic jams in the city.

Second, compared with other places, in the car this relatively closed place by other media penetration is still shallow.

After all, in the driving can only rely on "listening" to obtain information, the traditional broadcast fast, timely, interactive strong these competitive advantages in a sense can only be reflected in this special situation in the car, so at present, the traffic frequency can be a punching market is in the car.

Each traffic frequency self-confessed audience positioning is more clear, in the short term will not make a major adjustment.

And to recognize themselves, recognize the situation, do have trade-offs, in the existing market value based on good service, do fine content, in the original positioning of the audience to further sublimation as the current priority.

In response to the impact from the new media, whether it is news frequency or traffic frequency have a strong sense of crisis, think that the time is not for me, in the end may even the last piece of the car "position" will be invaded.

Therefore, it is necessary to do some pre-integration with the new media, can be presented in the way of the program, language patterns, including interactive form to make further changes, so as not to fight unpreparing for the war。

The geographical characteristics of advertising are obvious, and the three advantages absorb advertisers

Among the major traditional media, broadcasting belongs to the weak media, but he is low-cost, small production, high efficiency to survive, radio advertising is also its unique charm by advertisers.

Summarizing the interview of these 10 frequencies can be found that the main types of advertising products absorbed by each platform are mainly financial, automotive, real estate, etc. , located in different regions, different platforms, advertising categories are also different.

For radio advertising to absorb the advantages of advertisers is a variety of different, mainly summarized as the following points:

In a market economy, trust is sometimes more important than gold, and broadcasting, as a traditional media with decades of history, as the mouthpiece of the state, has precisely that ability to trust.

Audience trust this old brand, trust this main frequency, trust the host in it said every word, the product and platform trust connected, invisibly will enhance the value of advertisers' products, which is the Internet and other new media can not be compared at present.

After years of development, broadcasting has formed its own mature and stable audience, and this part of the population is precisely the mainstream of society, from the perspective of advertisers, is the most valuable group of consumers, is able to influence the direction of society a group. This has also become an important factor in attracting advertisers to traditional broadcasts.

Compared with other media, such as television, radio advertising is relatively cheap.

At the same time, the characteristics of sound-based broadcasting determine that it can flexibly and easily implement a variety of playback mode combinations, including version updates can also be implemented at any time, but also to ensure that anytime, anywhere to hear.

Tailor-made for specific customers, through three-dimensional planning, including online and offline, as well as the extension of new media, to meet the personalized needs of customers, all-round real effective implantation, which is not a feature of other media, advertisers have a deep attraction.

If reprinted,Please indicate the source:

Press and hold the QR code for immediate attention 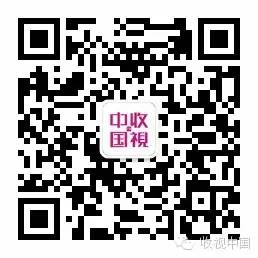 Broadcasting in the eyes of broadcasters: audience targeting and advertising characteristics
Up to 200 words, currently totalWord.

Do foreign trade enterprises have the advantage of expanding their business channels through Facebook advertising?
Let the game advertising as fun as the game, the game industry advertising creative gas station is coming!
Instagram opens up its advertising platform around the world, and a wave of brand advertising is coming!
Big-name learning . . Instagram Image and Ad Size Guide 2020
Instagram nobie must-see! Details of the type of ad and how it will run