Jeff Goodby, an executive at an advertising agency in San Francisco, created some of the most popular advertising creations of the 1990s, with clients including big brands such as Nike and Berwick. In June, he wrote an article for the Wall Street Journal on his way home from the Cannes Advertising Festival. At the end of the article, he says, the only measure of success is whether the public is familiar with your work. "You can figure this out by beckoning a taxi, driving a mile or two, you don't matter, just ask the driver." But now, "no one knows what we're doing." "

Jeff says the Cannes Advertising Festival has always been a showcase for some of the world's most famous ideas, but this year feels more like an industry expert meeting all day to discuss the latest technology. Content delivery system, interactive devices that work with each other. When he returned to the United States to tell his friends outside the industry what he had seen, they looked bored.

Advertising, an industry that once competed with Hollywood, is wondering if it has become a colony of Silicon Valley. The notable booths at this year's Cannes Advertising Festival belong to Facebook and Google. According to a recent report by Accenture, a consulting firm, "marketing is already closely linked to technology, and in 2017 the Chief Marketing Officer is expected to spend more on information technology and analytics than even the CIOs." "

The true value of advertising

All the way up1970At the time, advertising was also considered a branch of sales. The existence of advertising is seen as a way for brands to convey brand identity to consumers who are unable to communicate face-to-face. Later, Coca-Cola and other brands found that ads that didn't convince anyone were successful. Coca-Cola ad," I want to teach the world to sing.(I'd like to teach the world to sing)There is no expression of any beverage taste, nor is there anything better than a competing product. This ad just makes the audience's heart move, let everyone sing.

1970After the years, the advertising industry entered a golden age, creating works that millions of people admired, quoted and sang. In the 1990s, when the author first be involved in advertising, the industry was still full of confidence. Although it was at its peak in 1987, the industry still knows what it's doing.

21At the beginning of the century, when the digital age advented, all of a sudden, large-scale television advertising seemed inefficient and primitive. Finance directors, who have long been skeptical about advertising spending (which seems useful but can't be said), seized the opportunity to make the money spent on advertising companies more fl out of the way. Online marketing can accurately assess how many "impressions" an ad creates and, in some cases, discover which directly results in sales.

Best of all, the Internet solves the so-called waste problem. If you advertise a coffee brand in a magazine, you'll soon reach a large target audience. But not everyone reading the magazine buys the brand's coffee, or doesn't drink coffee at all. But you still have to pay for this part of the people's advertising, because the wider the audience, the higher the cost.

With online advertising, you can target only consumers who have previously purchased a product, or potential consumers in this market. If you sell tents, for example, Google's data lets you find young people over the age of 18 who are passionate about going to music festivals. In addition, social media offers new ways to communicate with consumers, and "engagement" is the hot word, a concept that Google and Facebook are working hard to promote.

2010The issue has been rationally analyzed and discussed in the book How Brands Grow, published last year by Byron Sharp, a professor at the University of South Australia. But to this day, no one has really challenged the book's point of view, and most people pretend not to see it.

Byron's first theory in the book is that brands can't rely on loyal consumers to grow. "Statistical analysis of sales figures shows that of all successful brands, a large number of sales come from "light buyers": customers who buy less frequently." Coca-Cola's business doesn't rely on people who drink Coke every day, but on the millions of customers who drink it once or twice a year. If you don't drink Coke every day, but you've done it once in the last 12 months, you're actually a typical Coca-Cola consumer.

This consumer model applies to every brand, commodity category, country and period. Whether it's toothbrushes or computers, French cars or Australian banks, brands rely on large populations - in other words, the masses - who occasionally buy them.

For brands, the significance of this theory is very far-reaching. First, it means you can never increase your brand's market share by precision marketing your existing customers. And the precision marketing of existing customers is also the best digital media. Second, successful brands need to find a way to reach groups outside their target markets. A brand's advertising must somehow gain the interest of this group of people - only then will the brand automatically appear in the consumer's mind when they are ready to buy.

In his book, Byron points out that for advertising to work best, it often doesn't need to be persuaded or indoctrinated, as long as people recall the brand's name at the time of purchase. Gordon Brown, founder of Milward Brown, a market research firm, points out that the function of advertising is to make a brand on the shelf "interesting".

All the so-called "interactions" on social media are meaningless. Light customers aren't fans of the brand, they don't think your brand is anything special. They don't care if the vodka they drink is from Russia or Sweden, and for Their Twitter and Facebook pages, they don't follow, let sing about the "digital experience."

"After 10 or 15 years of investing in digital marketing, we realized that people don't want to 'interact' with the brand at all because they don't care," a brand marketing executive told the author. " 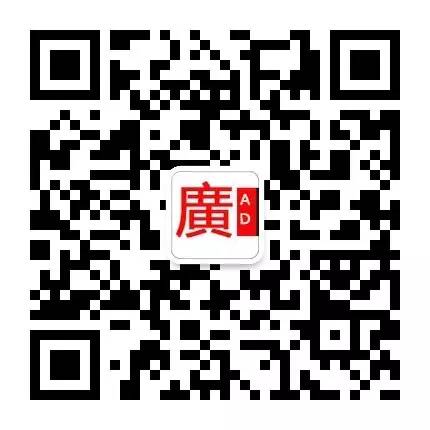