Where's all the advertising money for your neighborhood property without your owner receiving ads?

Many neighborhoods will have such a situation: the building hall, elevator are all kinds of advertising, but the community property advertising has not been approved by the owners. How much can a community elevator advertisement earn a year? Where's the money? It's basically a mess.

For this social concern of the hot issues, this year the two sessions of the National Assembly to consider the Civil Code, property code(Draft)Article 282 clearly stipulates that the income generated by the construction unit, property service enterprise or other manager using the common part of the owner shall belong to the owner after deducting reasonable costs.

Had it not been for his son, who was learning to recognize the words on the billboard, he would have been used to advertising on elevators, even turning a blind eye.

"Medical beauty!Lose weight breast augmentation!"The five-year-old looked at his father with great care, as if waiting to be praised.

Zhang Weiying hastened to turn his head to see the advertisement, these 8 conspicuous big words next to, but also stood a beautiful young woman wearing an exposed posture.Zhang Weiying was embarrassed to be "targeted" by a beautiful woman.When he sent his child to kindergarten, he told other parents about it.The aunt in the opposite building called out:"Didn't you notice?"The TV in the elevator had been advertising condoms for Valentine's Day last year.Our grandchildren will recite that ad!”

Zhang Weiying ran to the neighborhood committee and asked for a tube.The neighborhood committee told him that these are advertising companies and property contracts, should look for property, "in fact, according to reason, elevators are the community's public areas, you buy a house are counted in the public square area, not only advertising what should be agreed by your owners, advertising fees should also belong to all owners."Zhang Weiying realized that he had suffered more than just a mental loss.

Medical beauty is also a common elevator advertisement in residential areas.Comparisons before and after cosmetic surgery sometimes scare crying children.(Image from the internet)

In advertisers' mouths, every ad screen on every elevator, static or dynamic, is called a "point".Advertisers will not only each community's specific location, the number of buildings in the community, the number of units and the total number of elevators to customers, but also the community's delivery time, housing prices and rent levels, the number of owners and occupancy rates, including the occupancy of the population is probably what kind of enterprises or even specific units are clearly investigated, targeted to customers with different needs.

As for the management of elevator advertising content, the above-mentioned sales manager said that as long as it does not involve yellow gambling and political factors, only a very small number of property companies will have requirements for advertising content, at most, there will be some commercial and residential buildings refused to run other buildings of real estate advertising."Our contracts are signed with the property company, if the owners are dissatisfied with the content, let them go with the property, generally also can not make a so it is not."”

Just in time for the annual expenditure of property publicity, Zhang Weiying carefully looked at the announcement posted on the bulletin board next to the elevator, which did not announce how much elevator advertising revenue and where to use it.He used a signature pen to write "What about elevator advertising fees" in the space below the list."The public list disappeared the next day."In previous years, property expenditure has been announced for about a week, which shows how empty they are.Zhang Weiying told reporters. 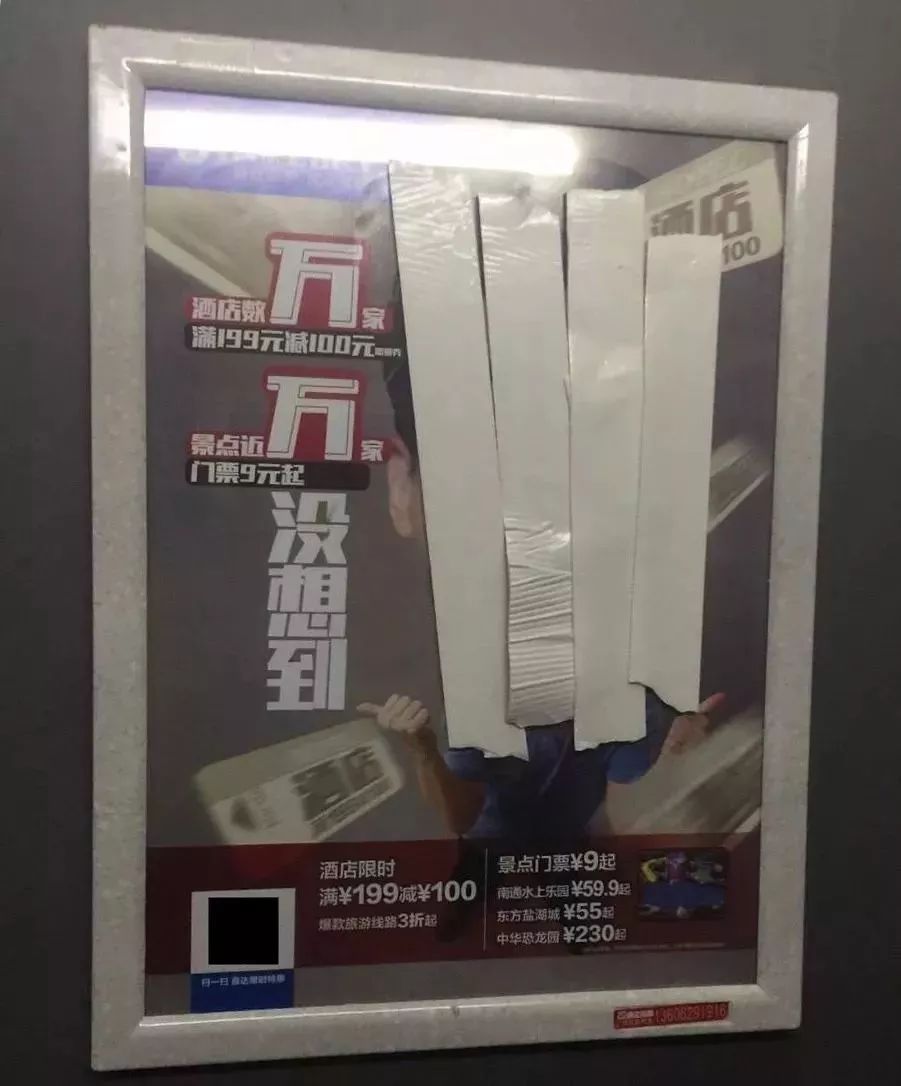 Beijing Shiyuan District has a total of 5 residential buildings, a total of 44 elevators, advertising revenue has been maintained at more than 30 million yuan per year.Taking into account the overall price level of the community rose, last year, members of the Beijing Shiyuan Community Industry Committee repeatedly communicated with advertising companies, so that the annual advertising revenue rose to nearly 500,000 yuan.Wu Zhihuan stressed to reporters that from about 2008 the community began to have public areas advertising revenue, more than a decade, property companies have not received a penny from it, all income in various forms returned or used to all owners.

According to Article 70 of the Property Law, owners have the right to share and jointly manage common parts other than the exclusive parts of the building, such as residential and commercial housing.According to Article 27 of the Guidelines for owners' meetings and owners' committees of residential districts in Beijing, it is for the owners' assembly to decide on the mode of operation of the common part of the property and to manage and use the operating income of the common part of the property.

Wu Zhizhong said that these laws and regulations are the basis for their rights and interests on behalf of the owners.Not only elevator advertising, community basement, vehicle entrance and exit light box advertising, as well as the use of other public areas, the decision is in the hands of the industry committee.It is up to the owners' representatives to decide how to operate and manage, and how to make all owners profit if there is operating income.

Not only In Beijing, there are local laws and regulations related to elevator advertising and other community public areas, and clearly the proceeds belong to all owners.

For example, Shandong Province last year began to implement the "Shandong Province Property Services Charge Management Measures" and Shaanxi Province promulgated the "Shaanxi Province Property Management Regulations" are clearly defined:The proceeds from the use of common parts of the property, shared facilities and equipment to engage in advertising, leasing and other business activities shall belong to all the owners.In addition, Shaanxi Province since February 1 last year also specifically promulgated and implemented the "Shaanxi Province Elevator Safety Supervision and Management Measures", which clearly states:Elevator car internal advertising all income owned by the owner, priority for the expense of elevator maintenance and other expenses. 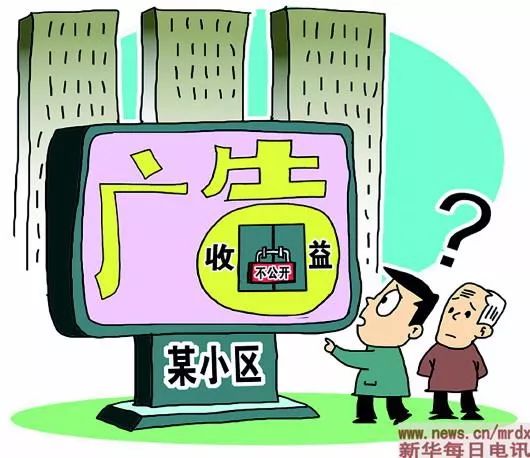 Where to go is unknown.Xinhua News Agency (Made by Emily Zhu)

How to ensure that owners benefit from elevator advertising revenue

Even so, few homeowners in any city benefit from the rules.Most advertising companies do business with property companies.It is reasonable to say that the expenditure of this fund should be decided through the general meeting of owners or at least supervised by the industry committee.But the reporter learned in the course of the interview, many communities either do not have an industry committee at all, or the industry committee is held by others for personal gain.

In many communities, due to commercial housing transactions, the owners change frequently, even if there is an industry committee to do something to preside over, the owners are a loose sand, no one cares about the public interest, the convening of the owners' meeting is more like heaven and earth, the industry committee is in vain.Even if individual owners want to elevator advertising content management and income distribution and property company theory and even a lawsuit, but the single shadow can not only gather the support of the neighborhood.

Dai Qian, a resident who has lived in Beijing Shiyuan District for more than ten years, told reporters that the community can establish an effective industry committee, can not be separated from the mass base here:The owners of Beijing Shiyuan District are mostly teachers of Beijing Normal University, as well as some nearby hospital doctors and retired cadres of the army, the owners of the overall cultural quality, strong sense of rights protection, in the community was built at the beginning of the rapid establishment of a informed business committee, and effectively safeguard the rights and interests of owners.

Such a self-disciplined and autonomous industry committee is not a Beijing Shiyuan district in the country.For example, Xi'an suburb shijiaxing city community industry committee is also very "strong".Since 2014, they have signed contracts with property companies for projects that include public revenue to be operated by the property company during the contract period, but the proceeds are attributed to the property company, which is the cost of day-to-day operation and management, and another 70% under the supervision of the owner's representative for the construction of public facilities in the community.Community elevator advertising operation, from property companies and advertising companies to negotiate quotations, to the final owner's representative review and verification of a series of procedures, the owner's representatives are involved in the whole process.

Every year hundreds of thousands of elevator advertising revenue, if under effective supervision can be effectively used in the community's public facilities construction or maintenance, but also to solve a lot of problems, but if divided into the hands of thousands of owners each year is only three or five hundred yuan.But actively participate in the Beijing Shiyuan Community Industry Committee activities of the owner Zhao Dongliang told reporters that the reason why the owners' representatives discussed the decision or the money into the hands of families, mainly to attract owners to improve the concept of ownership of community autonomy, to stimulate everyone to participate in community public affairs awareness.

"Although the state has advocated the construction of harmonious communities for many years, but before everyone only behind closed doors to pay attention to their own small home, many people are not involved in the construction and management of community public areas concept, the industry committee to distribute this money to everyone, mainly want to tell everyone:The public areas of the community are everyone's, and the benefits here are everyone's.Zhao Dongliang stressed to reporters, "We will be the community of this small environment to govern well, but also conducive to the governance of the social environment."”

Since last year, however, the industry council, which had been able to capture the elevator advertising revenue, has had trouble giving the money to the owners.Xu Chunjiao, an accountant with the Beijing Shiyuan Community Industry Committee, told reporters that since the state began to push legal persons and other organizations to unify the social credit code system, and the industry committee is a residents' self-government organization, there is no unified social credit code, so it is not possible to issue invoices in the tax department.They ran through the streets, the Housing and Construction Commission, the tax departments of several districts in Beijing, and no agency could code the industry committee.

"Without a unified social credit code and no invoices, it's hard to get money from advertisers.Xu Chunjiao told reporters, "Unless entrusted to the property and advertising companies to sign a contract, then the money into the property company's pocket, can be used again on the owner, it is difficult to say."”

◆Hongdong here to develop vigorously, see if there is your village

◆Hongdong traffic police shot, no matter where you are, do not do this, will be...

Point "watching" diffusion↓↓↓
Labels are not available during preview
Included in the topic #
A.
The last one Next
Read.
Synced to have a lookWrite down your thoughts

Where's all the advertising money for your neighborhood property without your owner receiving ads?
Up to 200 words, currently totalWord.