Publicis Media Group, one of the world's largest advertising media groups, found that Facebook used incorrect metrics in its own evaluation of the performance of video ads, which could exaggerate the effectiveness of Facebook's video ads. 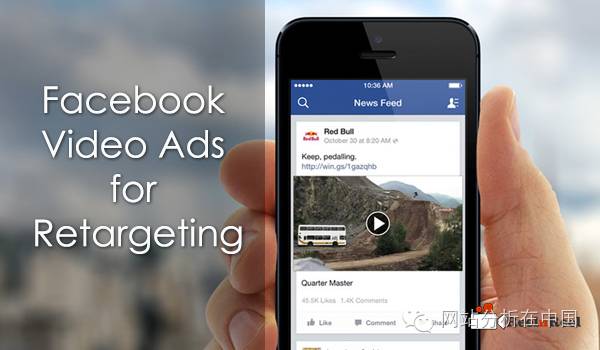 Facebook had to admit its "mistakes" and apologize after a stone caused a thousand waves. There was an uproar in the American advertising world. Facebook's stock price fell 1.7 percent.

Seeing this passage, you may be in a fog. Our common sense is that a video typically has fewer viewers than it does, so Facebook's wrong approach will only reduce the average length of time their video is viewed, not increase it.

Turns out, the key point is in the parentheses of the last sentence in English above, that seemingly inse trivial sentence.that is, when the video was watched for three or more seconds”。

What do you mean,It is our Facebook to calculate the number of times the video is played (view), not as long as it is played, but must let the video continue to play for more than 3 seconds to count as a view。

That way, users who open the video and look at what they don't think they want to see won't count as a view at once. A view can only be counted if the person is patient and watches the video for more than 3 seconds.

Because of such a limit, the number of views suddenly came down. So the molecules do not change, the denominator to come down, of course, the play time becomes longer. Even if the molecules cut out the length of view that didn't see it for 3 seconds, the average time would certainly be greater than the amount of time it took to use the denominator for all the viewers.

In this way, the length of time the video is viewed is actually exaggerated. If the video is an ad, that's a big problem, because it obviously makes the video ad look much better. If it's a normal video, exaggerating the data will also make the video even more appealing.

Yangshi Media Group claims that this could result in a "60 to 80 per cent" increase in data. This is a very serious data inflation, that is, the data is exaggerated.

Why is this situation boiling over? Because in the field of advertising, data has always been a little girl who can be dressed up, and is one of the focal points of the game between the ad demand side (represented by advertisers and agencies) and the advertising supply side (represented by the media) (the other focus, of course, is price). The media are reluctant to be transparent about their data (and apparently as trade secrets), while advertising demanderes generally question the authenticity or accuracy of the data.

What's more, such mistakes are more likely to be thought to be made by Facebook on purpose than by "sloppy" mistakes. If it's sloppy, it seems more easier to use real view data, rather than just calculating view data for more than three seconds.

Yang lion and other agents stressed that this matter shows that it is time for the media to accept third-party supervision of your data.

Facebook officials have apologized sincerely, but third-party oversight? "We never said that." :P

The first four phases of this training have been successfully completed! The latest issue is currently open for registration! This issue will be held on November 26, 2016 and November 27, 2016 (a total of 15 hours).Shanghai.。 If you would like to participate, you can add my colleague Lin Sen's WeChat (18810789122), he will add you to the curriculum. If you want to learn more about the courseYou can click on theSong Xing: Internet operation data analysis public classLearn more。

Ten years in the industry, writing "Website Analysis in China" blog for eight years, Mr. Song comprehensive, complete, in-depth comprehensive analysis of how to analyze and optimize Internet marketing and products through data!

This training will show you how to easily solve these difficult problems by analyzing a variety of data.

It's not just methodology, it's real combat! It's a combination of theory and practice!

Especially suitable for friends who want to quickly master the data analysis of Internet operations in a short period of time!