『Introduction: Only 1 month time, feel Tmall good room, has been a long time ago. Judging from the level of money-smashing, Tmall's good house has lost the first round...

I'm just like a kid playing on the beach, smug about finding a more beautiful shell from time to time.

If I see farther than others, it is because I stand on the shoulders of giants.

This famous saying by the great physicist Newton. The first half of the sentence, give itShells looking for a house。 The second half of the sentence, give itTmall has a good room。
September 16 Tmall Good House launch to today, just a month.The starting point of the high levelIt's even more reflectedThe successor is weak。
Like diving, splashing water is not difficult. The difficulty is that when you get into the water, you can hold down the water flowers.
Capturing 20 million of the 800 million users is clearly much more difficult than getting 60 real estate tycoons on the platform.
Is the shell continuing to sing solo, or is the shell Tmall turning?
Delayed"Sprinkle coins"Tmall good room.", has lost the first round. 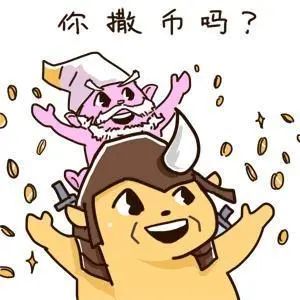 01
Online platform:Lack of traffic, but also lack of trust
10 Internet entrepreneurs, 9 self-proclaimed platforms.
There is no shortage of platforms in the real estate industry. Only within the easy-to-live system, there are room friends, easy buildings, le-home, Krei and other platforms, as well as dead house price review network, affordable and so on. But --

Self-proclaimed "to do the best real estate agent", easy to live with a strong B-side service capacity, but alsoZhou boss's ability to circle friends(Easy-to-live shareholders have 26 top 100 housing enterprises)。
What is missing is precisely the C-side customer's ability to operate. Such as Le Cu this kind of media,The content is designed to cater to developers, not to please home buyers.
So, Tmall has a good roomThe one that's missing the mostIt's not technology, it's not marketing, it'sA shift in perspective- Stand in the position of home buyers.

Tmall's good room is short of traffic, which sounds a little incredible.
Despite owning an 85% stake in Tmall Good House, Tmall is even the whole thingAli ecosphere, traffic support is not much, even in the commodity is not recommended housing products.

Real estate is a typical one-off transaction, similar to travel spending. As the largest household consumer goods, we are always worried about being cheated.
So, for the customer, the home purchase platform,A sense of professionalism and trustThat's too important.
The cultivation of this sense of trust is generallyCamel-type enterprisesPursue.Long-termism。 One of the secrets of shell success is that the chain home for more than 10 years as a day, and constantly improve the property dictionary, do a good job of hard work tired dirty work.
Time is fairest.In.time beforeCapital has also retreated.
02
Ads on the line:Lack of burning money, lack of determination
There's not enough traffic, smash the money to get together.Without advertising fee support, so-called platform promotion,They're all hooligans.
There's a law for advertising. If two competitors run ads at the same time,It's all a long war of atst。 Only.Geometric times the competitor's delivery, will eventually win the competition。 If the ads can't last, then the early ads are almost wasted, and even for the performance of the competitors made a wedding dress.
Look.Shell.billions of levels of advertising investment, without a soft hand。
2017The first wave of appearances, online and offline ads.Recently, the band's summer, the film "Winning", the national new house festival, shell market action wave after wave. 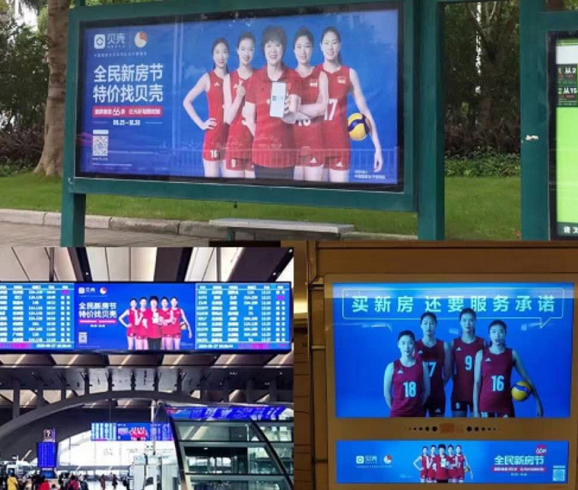 Follow Ali'sInvestment strategy, has always liked to hold, and personally practice the transformation.
03
Offline joining: lack of stores, lack of brokers
How do you play offline? The difficulty is much greater than the line.Advertising is not enough, solid offline operation can be long-term.
For offline deals that are heavily dependentLink of the property deliveryEasy to say, offline stores and brokers, essential.
Easy to live inBrainwash developers:Sell a house, don't look for shells to find a house, look for Tmall good house. This may not be difficult.
But beBrainwash the broker：Sell a house, do not use shells to find a house, use Tmall good house.Well, it's hard. Brokers are the most simple,To have real traffic, to have second-hand housing, both Tmall good house is not.

Easy-to-live housemates will complete more than 10,000 stores in 2019, with shells42,000 stores,456,000 brokersThis gap is enough for Tmall to drink a pot in a good room. Not to mention the activity of brokers.
Offline stores to join and expand,The test is not only the brand, but also the values. But what is more practical is the real benefit subsidy.
Ten billion subsidies, so that the "impossible triangle" set up, letThe owner of the house, the purchase customer, the intermediary broker three-party profit.
the problem, and went back to "sprinkle coins.""On.
04
Tmall good room, finally look at Alyssa's determination
Don't sprinkle coins, don't make a device.
Build a platform? A shop? Smashing money to promote? Tmall good room this month, quietly.
Perhaps, the cooperation mechanism did not land; perhaps, the personnel did not come in place; perhaps, the two sides are still in the run-in; perhaps, in a big move, waiting for the "double eleven", to come to the big game. 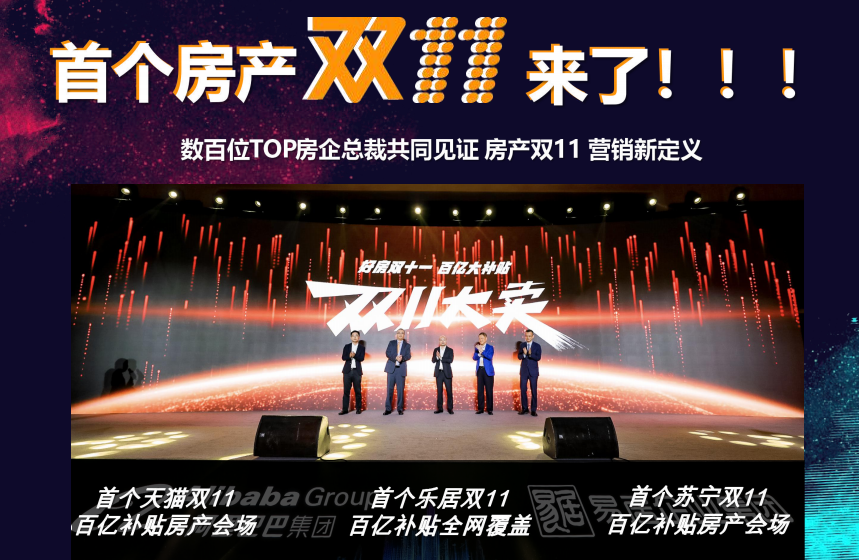 Today, the real estate Internet is the era of big players(Shell D-Wheel peaks at $3.6 billion; residents back to 58 in the same city; happy to enjoy today's headline bonus)。 Tmall's good house, whether it's ready or not, has to fight.
The most feared situation is that these two high-level players look different,I don't want to break the kettle and sink the boat——
Don't forget, Jack Ma said the same thing:

It's hard to step on a giant's shoulder and you can climb up. 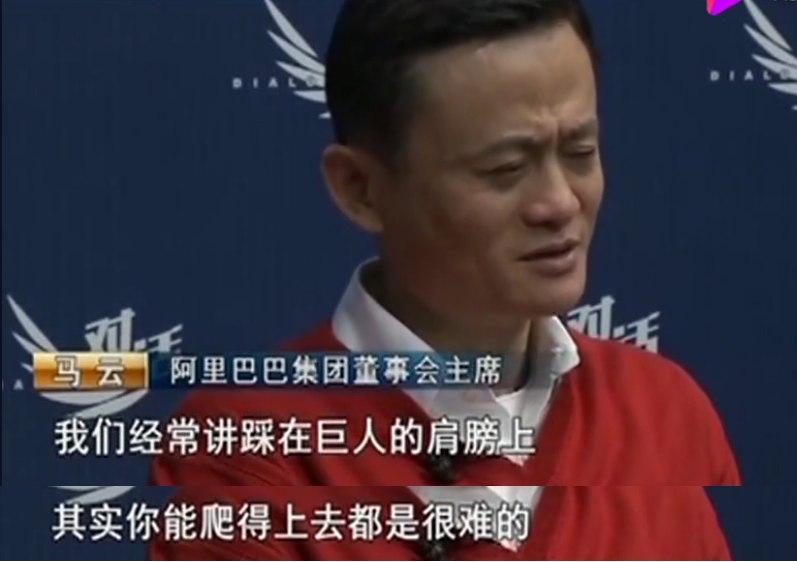 Finally, share a story:
Why doesn't Apple develop its own search engine? SimilarlyAli may not invest heavily in real estate.
Google, the default search engine on iOS, pays Apple about $3 billion a year, which is probably Apple's easiest profit to date.
That's $3 billion that doesn't require any engineering, technology investment or other costs from Apple. Is.Net profit!
Apple's net interest rate is about22%。 So without that revenue, Apple would need $13.6 billion in sales if it were to make a net profit of $3 billion. Obviously, to increase sales by $13.6 billion, both market input and risk are very high.
More importantly, if Apple builds its own search engine at this stage, it will inevitably take a lot of time, energy and resources to compete with Google and Bing.
So, from a business point of view, Apple doesn't build its own search engine, no doubt more cost-effective.

4, Mingyuan listed one will work into a million bone dead

6, building a house is not as good as selling a house, 1 shell is 2 guiguiyuan

Real estate and the Internet, pick it all over

Can forward, why appreciate 🤩 🤩

Can forward, why appreciate 🤩 🤩

Sales 60 tricks, want cattle forced to decisively back down!
Successful recruitment, Heral October 17 other corporate recruitment information
Data in the age of big data
Newbies open Taobao store how to open how to open a shop on Taobao
Mom's curtain: No reform, the times abandon you don't even say hello!