The best advertising ideas for November are for you

Advertising department stores are committed to sharing fun and creative content with advertisers around the world, as well as marketing, industry observation, advertising communication, art design and other related knowledge content. Maybe advertising can't change the world, but we believe it makes it colorful.

Look back at November

What ideas have you seen and remember?

Did you see OPPO's memory not lost?

Is it the same reversal of AT&T that makes people clap their hands?

Why does Huawei's sand sculpture ad make you hi?

Why does Coca-Cola run an art exhibition that doesn't exist?

will render for you one by one

OPPO: Memory is not lost

OPPO's approach is to present the meaning of static photos as dynamic scenes.You can see every paragraph when the hero is ready to delete the photo, then began to recall the story and time behind the photo, began to tangle, but this is still abstract, wonderful in OPPO abstract memory, directly from the photo as a guide to expand to the scene space, and finally fell to OPPO's cloud service, water into the canal.

It's a natural overrection and extension, and the fact that each photo is taken proves that there must be some reason to record it, and that this direct conflict is more likely to lead to public estreasion.

Look at NIKE's advertising can always feel a force, just like the martial arts novels of the world's master of internal skills, can not see touch, but the undercurrent surge, a trick can hit the key.

This time NIKE's Shanghai is not enough... the same is true,A simple theme on the one hand, although Shanghai is an international metropolis, but the city has always had the spirit of upward efforts, on the other hand, so that people who identify with the city of Shanghai also have more spiritual strength.I remember NIKE in Shanghai before also issued a similar theme called, #上海拦不住, the same work.

And in the expression of content, NIKE this time slightly different, not directly to athletes as the main character, but virtual image of a bystander, because his uncle only knows to run, so did the finish line business, trying to persuade everyone to stop, everything has a degree, should stop, but the result, watch the video.

I've seen a lot of commercials that can't guess the ending, and these are the ones I especially like, which I call ""Unexpectedly reasonable"In order to attract the public to the "AT&T Unlimited Program" to see the film, they did the following ideas.

A basketball player killed at the last second of the game, but what people didn't expect was that he was actually a robot; he thought the hero and heroine would come on a romantic trip, who knew the heroine was a zombie; and a bus full of passengers, because it was accidentally hanging on the edge of a cliff, thought it would be a thrilling suspense film, and eventually turned into a song and dance film.

Huawei: Sand sculpture on the moon

Advertising circle in November in addition to the double eleven when Huawei is the most beautiful scenery, this comes from a Huawei shot an advertisement, the content is about an astronaut in order to take a panoramic view of the moon the first time the safety rope fell off, the second time accidentally closed the hatch, but also not easy to board the moon, the result of Armstrong's footprints to step on ... The astronaut was afraid he had no brain when he attracted the masses to spit.

But this is only a prelude, really let it fire up by the original re-voiced fill-in version of the Chongqing dialect, so that such a tall work of space into a grounding spirit of God, quite life-like preaching, Chongqing is too funny it hahahahaha, did not see must see.

Huawei this wave of operations to my revelation is again shrewd and cold public, but also a mortal, whether in the face of sudden unexpected or funny humor, or to go to the heart of the common story, can easily stimulate them, advertising needs to have such insight, imagination and execution.

American Express: A movie dedicated only to VIPs

How do you impress the rich? American Express did just that, inviting the famous Spanish film director and screenwriter, Álex de la Iglesia, to create an exclusive film for the rich, which was shown only in front of them.

And in order to make this unique sense of exclusiveness more prominent, after the screening, did such an action, directly into the computer and the original film into the sink, only once in a lifetime.

If you have the opportunity to serve high-end customer service, you can use the same thinking to try,That is, find ways to make the audience feel unique.

Maybe someone doesn't know what Van Gogh is yet? It is an original independent home brand. Earlier in the year I noticed it was because of an advertising phrase:Born in Nagano's room.

Last month saw it made an advertising film, did not expect to be so textured, full of the taste of time. At first I thought the film was going to bring the audience back to the old days by recalling the killings, and then I took advantage of the momentum to launch their new products, only to see that it wasn't. 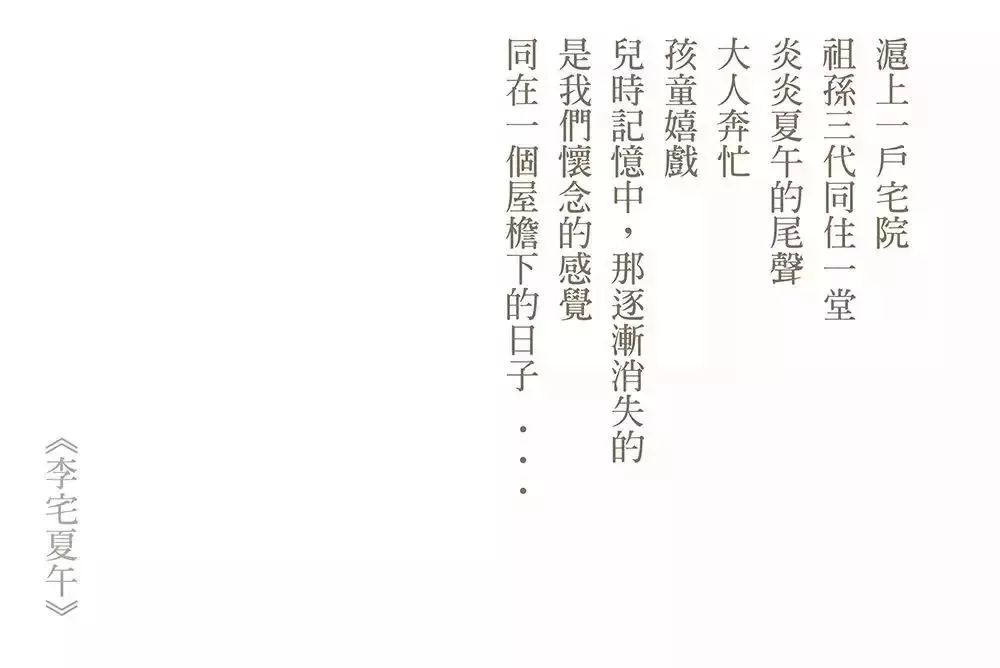 "Yes" is because the space presented feels completely different from this era, full of life atmosphere of the picture, mahjong table a few Shanghai women's Wu Nong warm language, carefree children in the summer of the chirping play, more like the last century 80 or 90 years of Shanghai, but a closer look inside the furniture is not the same, through a new, finally found that this turned out to be the living home of modern people.

In November Taobao launched a Taobao double twelve.The people's baby is always in the run-up"The trailer, opened a double twenty, from the theme it is not difficult to see that this is a game, the motivation behind it is also obvious, both to pull the active participation of the business, but also to allow consumers to participate."

A bit like the "Create 101" model, the major companies recommend contestants, the audience is the founder, the implementation of voting rights, the results are expected to be the consumption of reference to compete for the final winner, awarded this kind of award.

This advertising film content is the use of anthropomorthropomorgasty method, about all kinds of goods have dreams, from all sides across the mountains and rivers to participate in the election of the people's treasure.

乐高：This Is not A Brick

Speaking of Lego, everyone's first reaction is of course the building blocks, a toy for children to play with. But Lego doesn't think so, not only does itthink that Lego will make people have fun and stimulate their imaginations,So there's the following ad.

Looks like a sci-fi giant, with different toy shapes in hand, derived from different blockbuster play scenes, more people of different ages to join, reminds me of the previously hot imagination giant "Number One Player", where everyone has a role to play.

In addition to the heart of "Sharing Happiness," Coca-Cola has a main line called "We Care."November's domestic violence was so hot that Coca-Cola launched an "online art exhibition" on International Day Against Domestic Violence.An art exhibition that shouldn't exist.

Eight common works of art were recreated to alert the public that domestic violence was as secretive but common as these works, and some of the numbers were striking.

Therefore, whether men or women, adults or children, we have to be brave in the face of domestic violence to maintain and speak out.

Part of the "exhibits"

In November, there are some advertising ideas I also like, such as Omei for the old hotel to create "some way willy talent to understand" embroidery ads, smart use of thermal imaging technology to "farts" presented to the public, completely unexpected Japanese AV ads and so on.

This article is wringed by @Three waste people,Advertising Department Store (ID: Storead)Original.It is published on the Marketing Department's website.

The best advertising ideas for November are for you
Up to 200 words, currently totalWord.