The best ad is to make big news, and the Prairie Meteor Shower shakes us up again

Without wine and the moon, there are only three Tang poems left

Literature depends on the wine moon

The most common traditional images, so appear more

Li Bai, who wrote a hundred poems, left behind a lot of wine and the moon

It is also said to be because of drunkenness, happy place to go, fishing for the moon in the river

It's a afterthought to drive around here

The lights of the city are no longer bright, nor can they be poetic

Raise a glass to invite the moon

From the first season to the second season, the moon is still that moon

Beauty is not the same beauty

The third season is said to be "The Moon at Sea."

Imagine the sea, the moon, the end of the world constitute a magnificent mood

Take a closer look at the first two seasons

A group of young people have made it 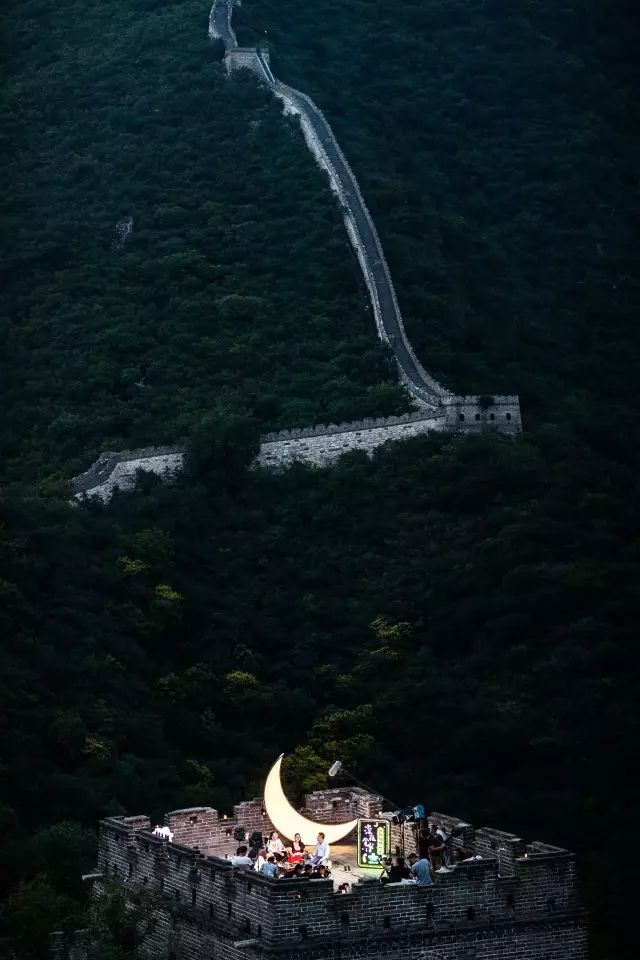 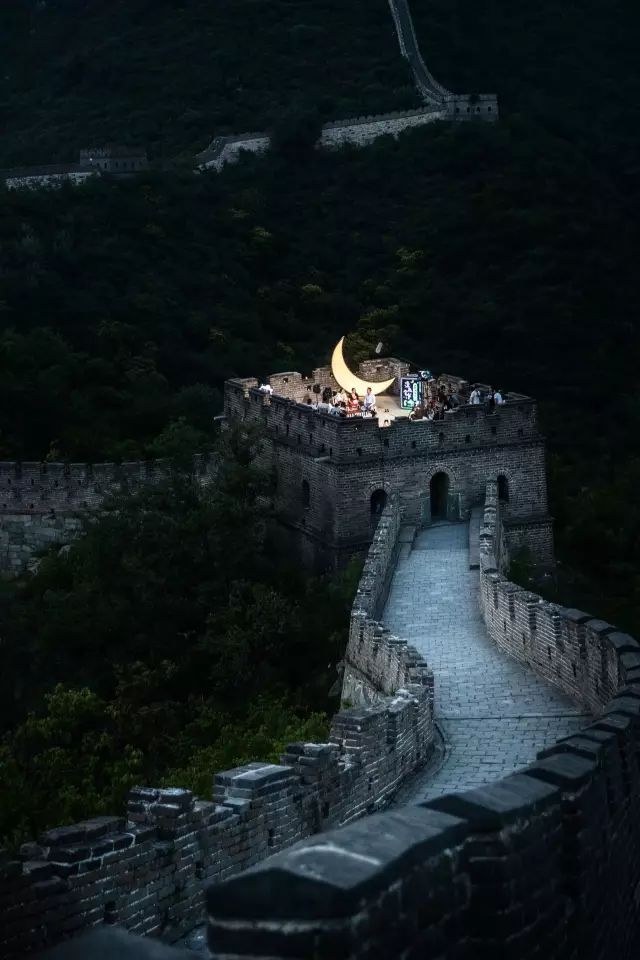 The Great Wall of Mutianyu, Beijing

It is the longest Great Wall in China

On Monday, on a thunderous night, they wrapped up a great wall

A large moon was installed, and the sign in the late-night canteen hung 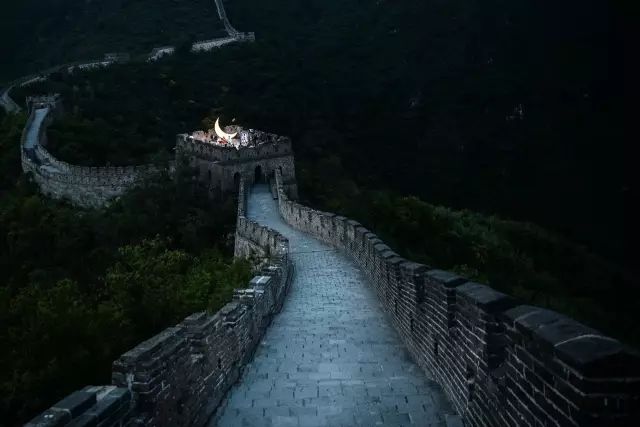 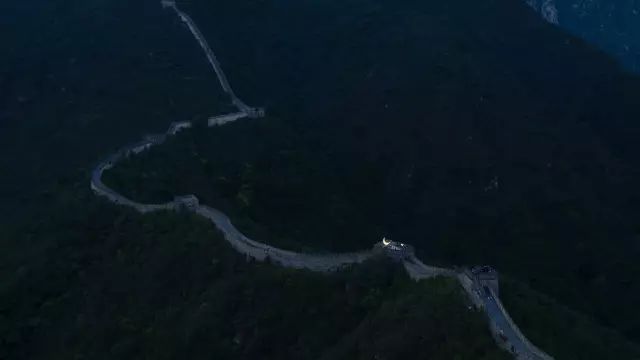 Surprised by a big moon, looking out of the sky from a distance 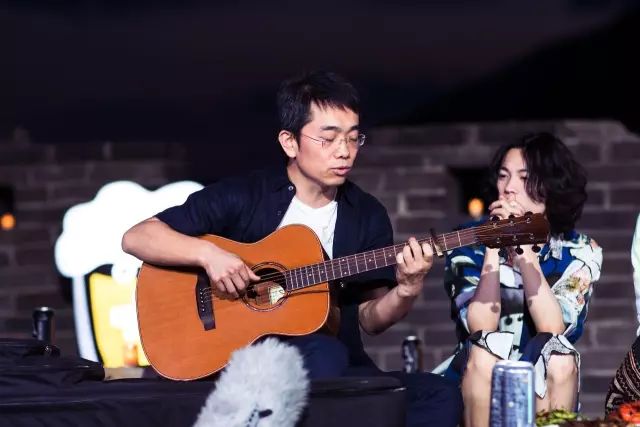 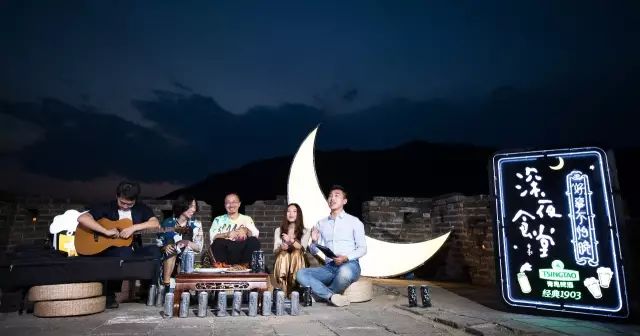 On the great wall of Mutianyu in Beijing

and a group of artists and musicians from different fields

The night was broadcast live on two more videos

It's the most participated late-night canteen in history 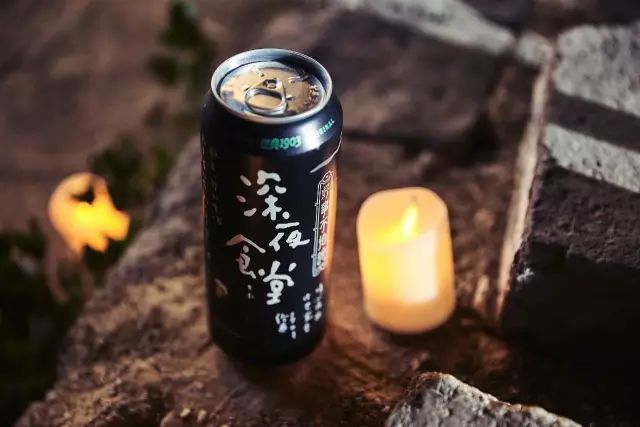 And on the Great Wall for the first time

Put the netizen story in the jar 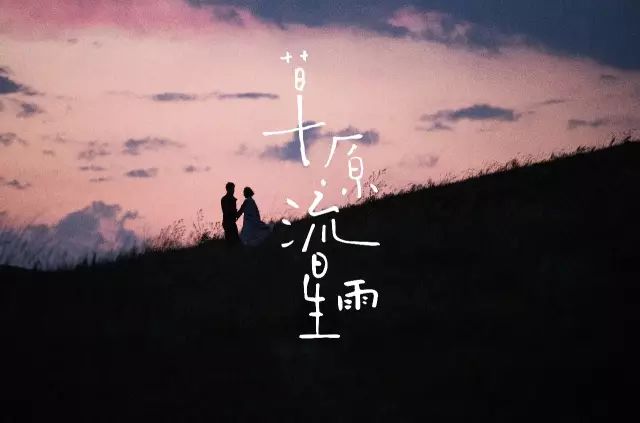 On the eve of the seventh night, inner Mongolia men made a "starry sky" confession

There's been a prairie meteor shower for her.

Cheng One's little prince: accidental love, not by accident you

The boy in that city: Because there's no comparison, there's no harm.

Brave and kind fairy: It's so romantic, I just don't want to be single

Miss Cebu is not a strange woman: sister's, the married man actually looked and cried.

Spicy sin makes me swollen: It's too much to play with, it's romantic.

Fireworks March Smoke and Rain Jiangnan: #七夕节 The original is the best look of love.

Positive Energy on the Road 1314: The night with the original Ulaanbaactiono is perfect!

Childly little sister-in-law: really romantic ah, the original Inner Mongolia people can be so slommy, I thought it would be that kind of very direct

Cheng Yukun: Why my prairie night is to drink to lie in front of the yurt . . . doge bonfire party is over I didn't wake up

I love learning to learn: this scene is so beautiful ah

Ye hong red fire: I should not point in ah, only the envious ingredients of the "sad" (sad)

There's a beautiful you on earth: it hurts

Dung fight bar Lan youth: How to see these are a grain of dog food, relentlessly patted in my face

The sheep's really good girlfriend: the little cuteness in the table, you look at people

@Shirley菓菓: This can be counted as "someone else's boyfriend" (laughing haha) this atmosphere is great, the song is really good

Bay Lover: Sure enough, good boyfriends are someone else's

Long years you: Why should i abuse myself as a single dog!

White Rose: The picture is so beautiful that single dogs pretend they can't see it.

I want to have such a boyfriend, too!

The difference between the masks: yes, who wants to be single with such a boyfriend?

Mushroom Cloud at source: I also want such a romantic seven-night (laughing without saying a word)

Can't get the blue mouse: I hope my boyfriend can give me a confession of this big scene. Oh, the future boyfriend.

The human feeling is as thin as a piece of paper: learn, learn more can propose after the "hip-hop"

I hope you will eventually be gentle by the years: this is really a romantic seven nights ah, girlfriend must be moved to death, but the heroine is not me

Graduation is thin: what a special seven-night festival.

Gigi's Princess Disease: How nice it would be if I could do the same on seven nights

In the heat of the gift certificate: snoo run around love does not need too much

Thick is not thick: confession, need to be careful. Not the pale of language.

Xiaomi grain wheat field: I only care, this set down, how much will it cost? Why am I so vulgar? Haha

My ten-year contract to you: silly people have silly blessings ah, you see such a romantic meteor shower, who is not heart-tinged (licking screen)

Humble strangers: rice Esby This ad I recognize, hahahahahahaha, I also have Inner Mongolia's man now , there will be uncle will be happy

Mr. Ma: Although it's an advertisement, oh oh still raised his Tsingtao beer

Anime: If I can take off my order on the seventh night of this year, I'll buy two big boxes of Tsingtao beer.

A brilliant year of worship: It's so romantic, girlfriend must be very moved.

Uncle Murakay: Hold the grass, this romance is to the extreme

Heart warm you: This kind of scene will really be moved to death

Spicy sin makes me swollen: It's really about picking the stars out of the sky for you, so romantic

Strawberry-flavoured bubbles: This is romantic love, very envious of it.

The old play bone in the love scene: very attentive ah, I will also propose to my girlfriend like this.

Stars and moons are scattered over the 4.35 million square meters of grassland

The meteor shower crossed, flashing only for you

Bayar led his beloved girl up the hill

An unprecedented "savannah meteor shower" is just under sight

I didn't expect to meet her on such an unforgettable night

The blue flag of thousands of starlight installations spread across the prairie, sparkling

From a far look, it was as if a real starry sky had landed on the world

It's as if a meteor crossed the earth

A fantastic view of a grassland meteor shower

The vast natural landscape collides with the artistic installations 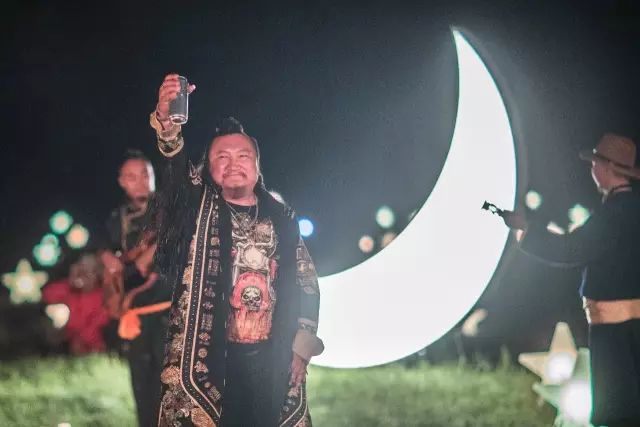 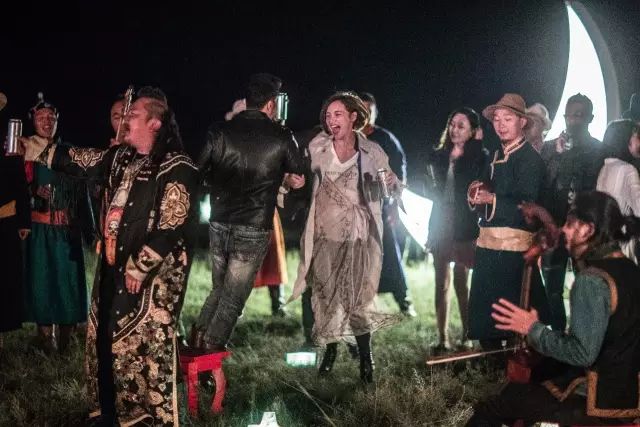 A Song of Ulaanbaator's Night

Take the prairie into a romantic seven-night night 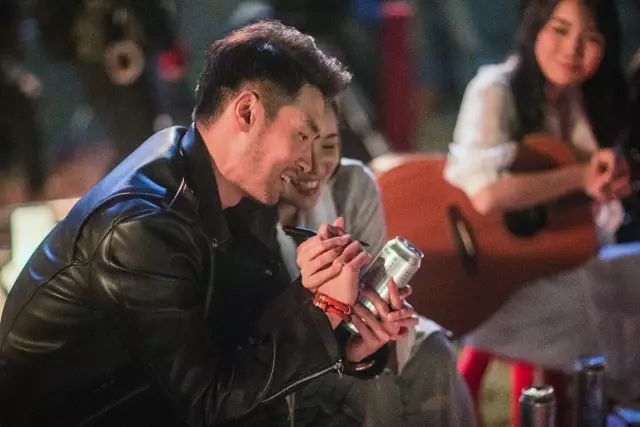 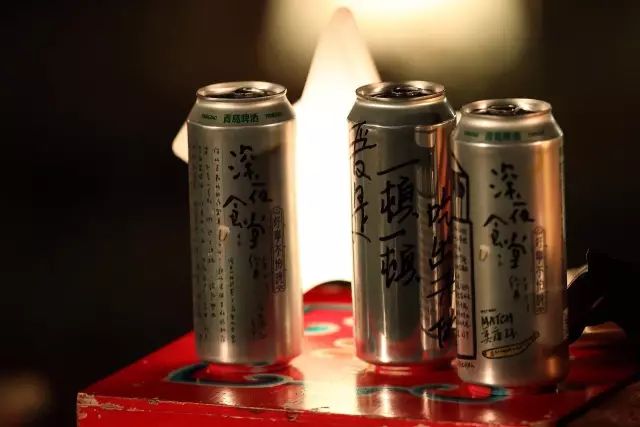 Talk about the story, write down the star wish, bless the beautiful love 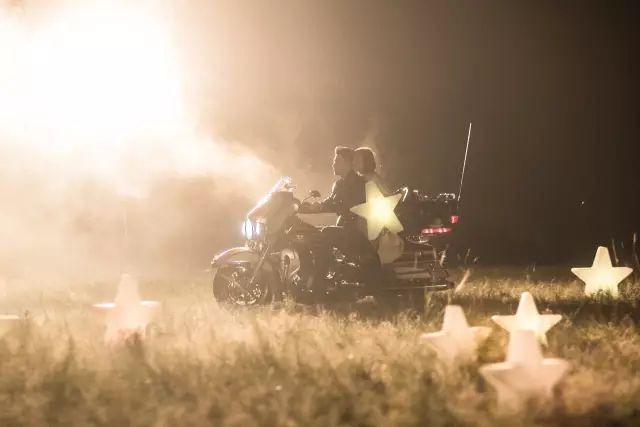 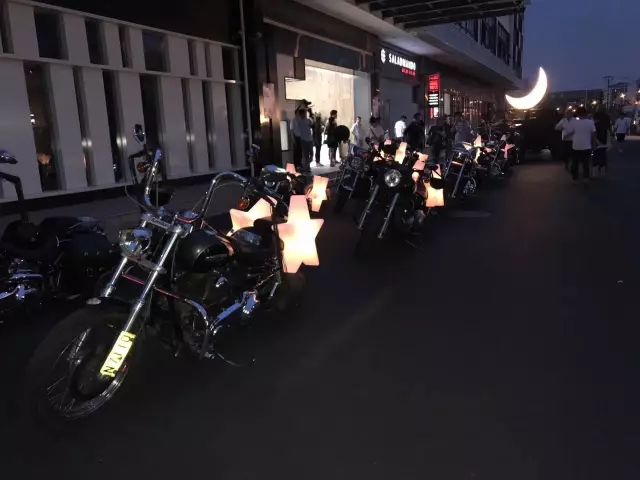 The night of the seventh night

In the July Eve festival to help netizens realize the "star wish", for them to send love and food 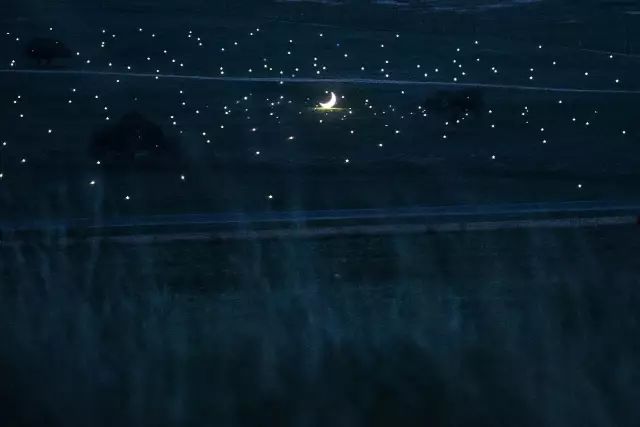 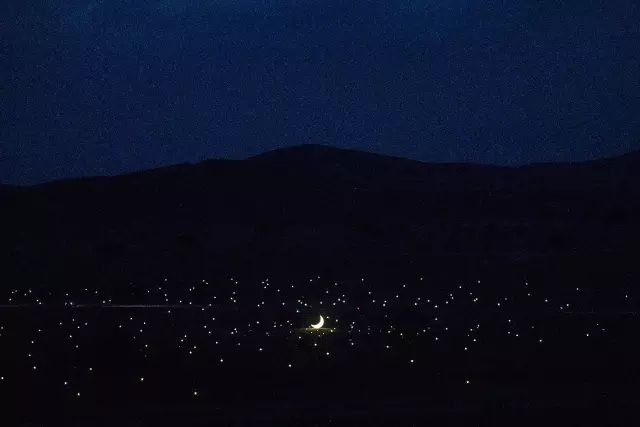 Wine and the moon

Wine is not afraid of the alley deep

To smell the smell, admire the diners who come to taste

Who says you can't interpret a feeling? 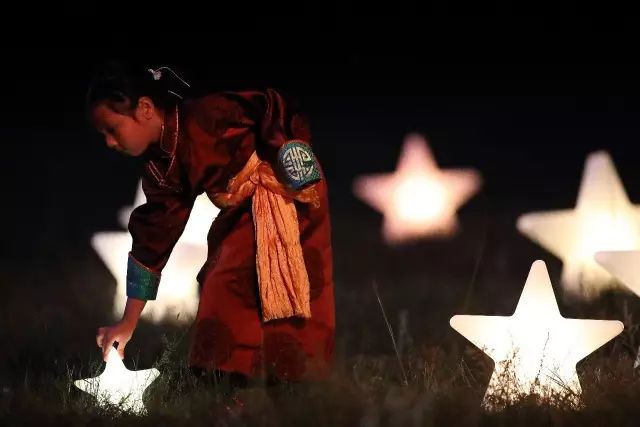 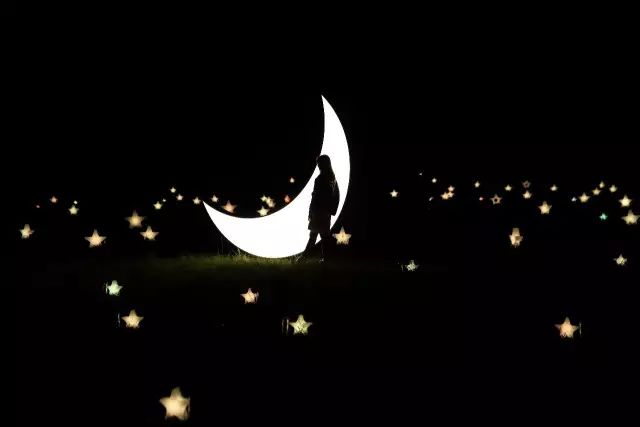 But the film won't be on until September

June-August is the peak beer sales season, so decided

The broadcast caused a large number of netizens to spit slots

It has attracted wide discussion and attention

In August, the topic of "late-night canteen" was no longer called

Launched Chinese the second season of "The Prairie Meteor Shower" in the late-night canteen. 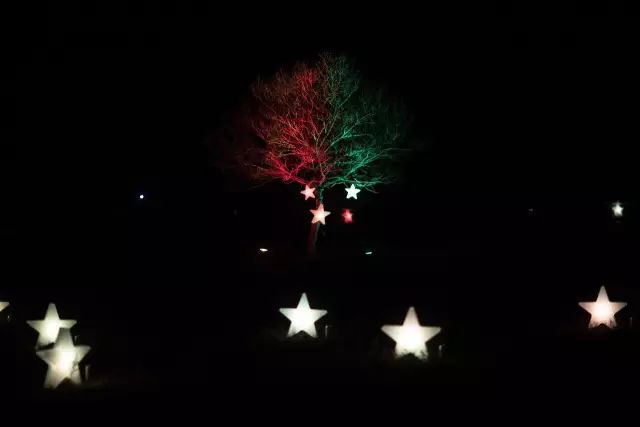 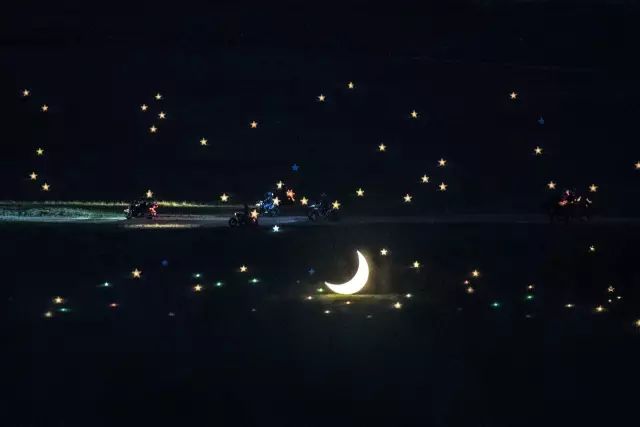 After watching the above two seasons, both are impressive

A new weekly article says that "the clingers die, the flexible live."

"From the point of view of marketing success, pure IP cooperation

Brand marketing teams must consider whether they should stick to IP

Or can be flexible view of IP power marketing

I think they are a flexible marketing team 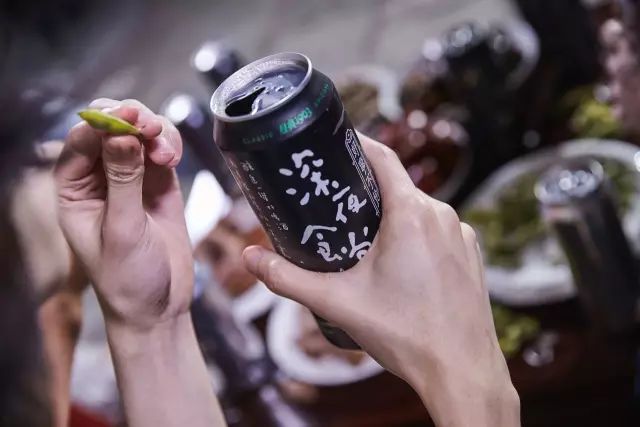 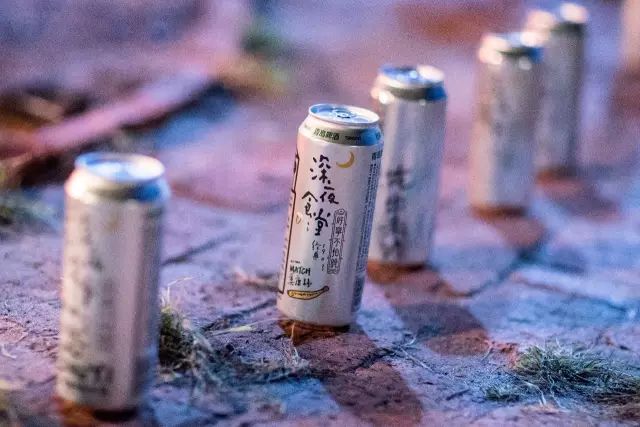 Tsingtao Beer was produced as an off-site sponsor

And catch up with TV dramas, simultaneous listing

A large number of netizens were captured

In the field of sales channels for short-term soldiers 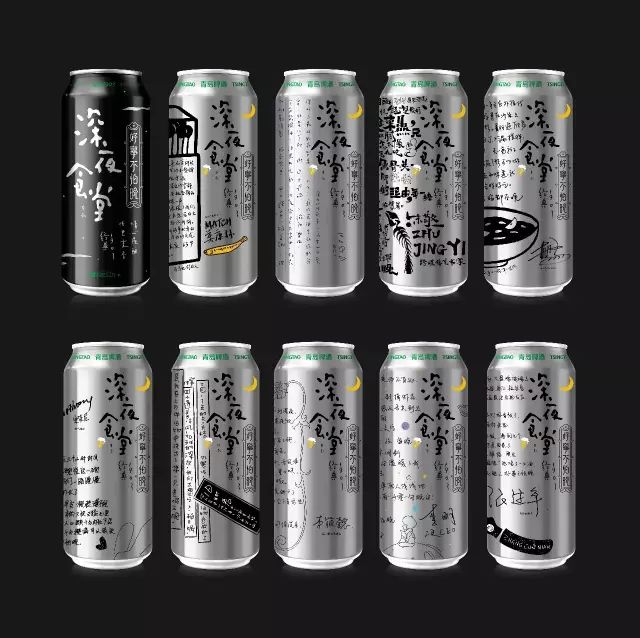 The late-night canteen is on

Consumers, in particular, are extremely disgusted with their advertising implants

Everyone has created their own "story tank" on the can

Season 2 is in the love atmosphere of seven nights 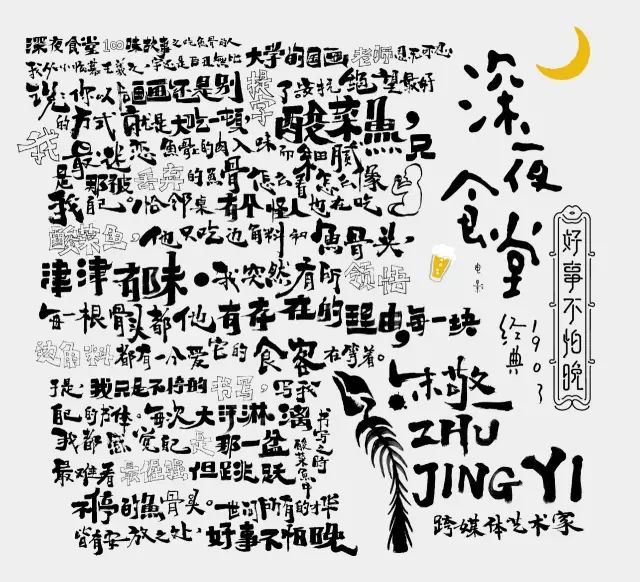 After the IP drama 1st, whether it's praise or spitting grooves

The discussion will not be hot for more than 2 weeks

Tsingtao beer is the fastest again

As a news, not an advertisement

And based on Chinese elements

Tsingtao Beer is relative to its competitors

Berwick is the most Chinese, the most characteristic of a differential position

And in the second season

Instead, it's about re-created a "savannah meteor shower" news event in the run-up to the Festival 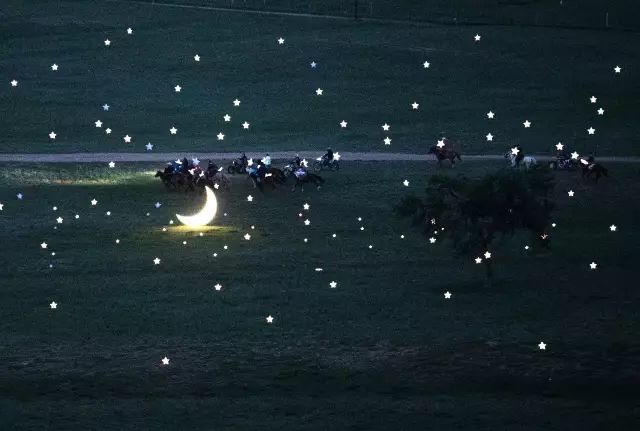 Great Wall, grassland with the elements of the moon was given a poetic scene

The information channels that users face tend to fragment

Users receive more stimuli than ever before

A simple image of the moon

Having a strong recognition visual ICON is amazing

(The above section cites the Vincent argument of the advertising observer) 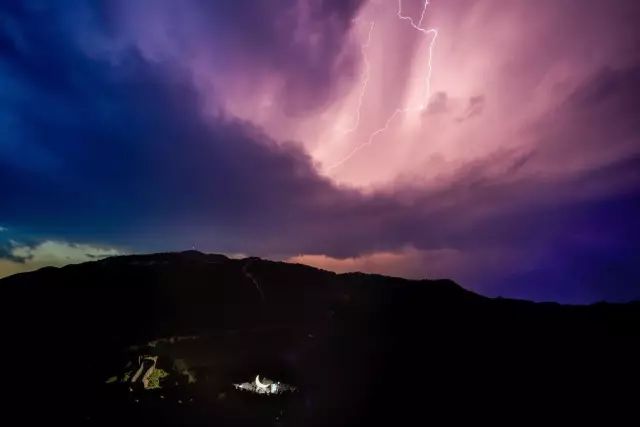 At different stages though with different topics appear

But the product theme runs through it all the time

And his 100-flavored story of "Good Things Don't Fear Late."

An advertiser with unique ideas and marketing says so

"This case is great, from spreading the sense of form and his icon image

As well as product packaging to sales is very good

There's wine for the next time in a month

Good things are not afraid of being late 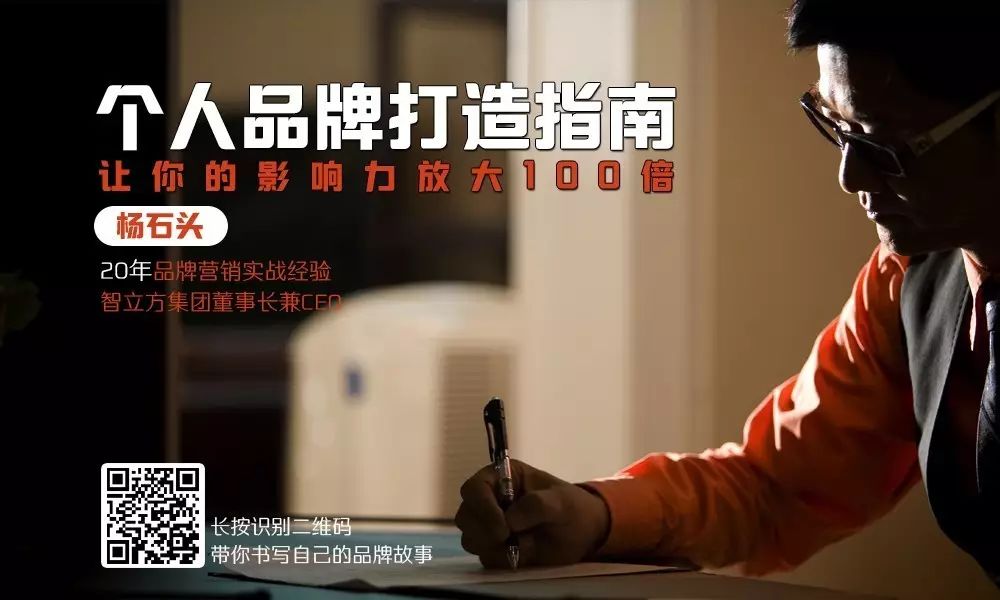 The best ad is to make big news, and the Prairie Meteor Shower shakes us up again
Up to 200 words, currently totalWord.

喜欢此内容的人还喜欢
微信扫一扫
使用小程序
Cancel. 允许
Cancel. 允许
微信版本过低
当前微信版本不支持该功能，请升级至最新版本。
I know. 前往更新
确定删除回复吗？
Cancel. 删除
知道了
长按识别前往小程序
SHARE ON TwitterRedditTumblrEmailBufferLinkedInPin It
Huayang United Creative Director: The best advertisers are not in the advertising industry
Isn't it the best advertisement for Nike's "shoes" or will be banned?