Thailand has another annual tear-jerking ad: the best marriage is to fight and remember to go home 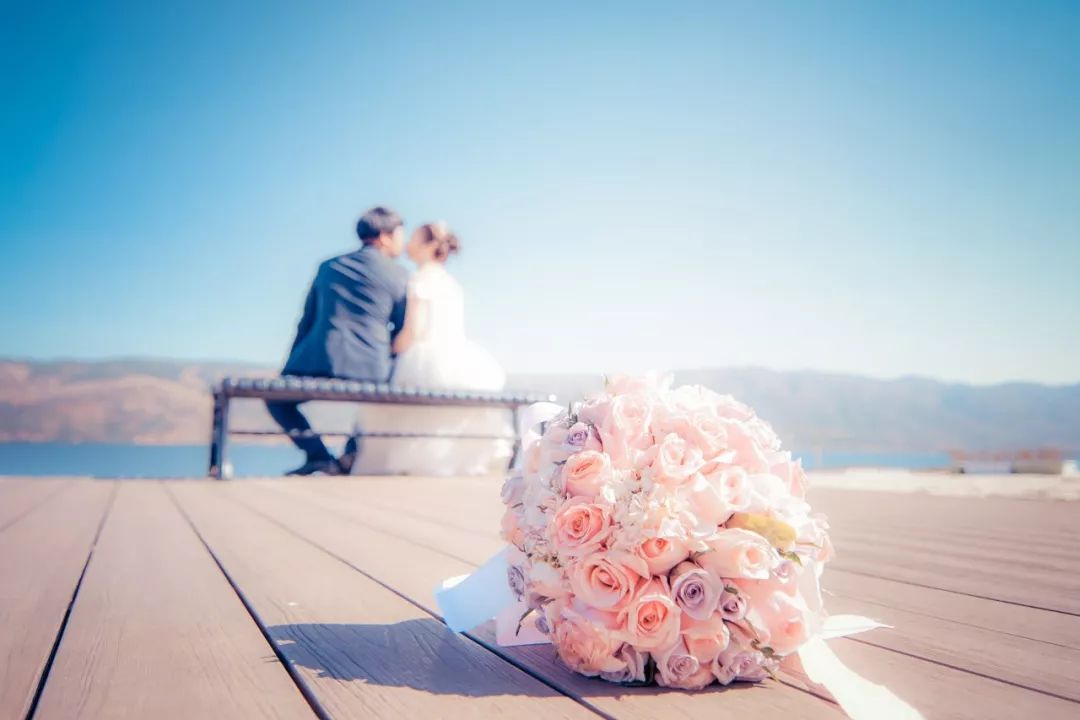 A good marriage is to live a life with a problem-facing mentality.

Click on the green label above to listen to Yaxin recitation

What kind of marriage do we often talk about to be the most comfortable?

Is it never quarrelling, always moved?

Even a man with a good temper will start with little things, and a scrum in a marriage cannot be avoided.

The right people, it's noisy. 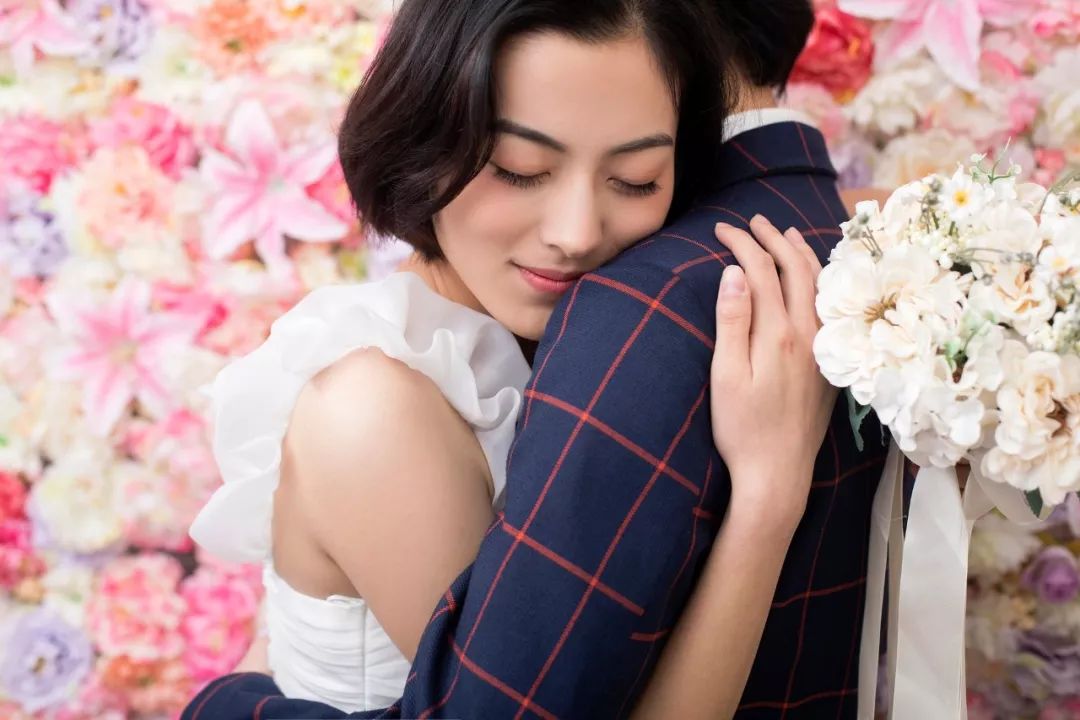 What's wrong with that?

Let's have a fight

A lot of people demonize quarrels, but there's no need.

Say all the grievances, as long as you don't rise to personal attack, don't swear.

Think of life, can quarrel too many things, often forget to turn off the lights, socks everywhere dropped, condiment lid did not screw on, said to wash dishes actually did not wash chopsticks by the way ... ...

At first, I thought only of good words to say a few words, saying that may pull out the old accounts of the past, the past did not say all the words out.

It's better to pour it out than to hold it in your heart.

Marriage, afraid of having a grievance not to say, and finally even the feelings are gone.

The Japanese drama "Quartet" tells the story of a seemingly loving couple:

Husbands and wives appreciate each other when they fall in love, and soon enter into marriage.

After marriage, his wife was immersed in love and ben a housewife.

The couple never quarreled, and every decision the wife made the husband said: That's great.

So his wife always thought there was no crack in the marriage.

The husband doesn't think so, he doesn't like his wife as a housewife, he likes his wife at work.

He also doesn't like to pour lemon juice on fried chicken, but when his wife does, he says: It's the best fried chicken on earth. 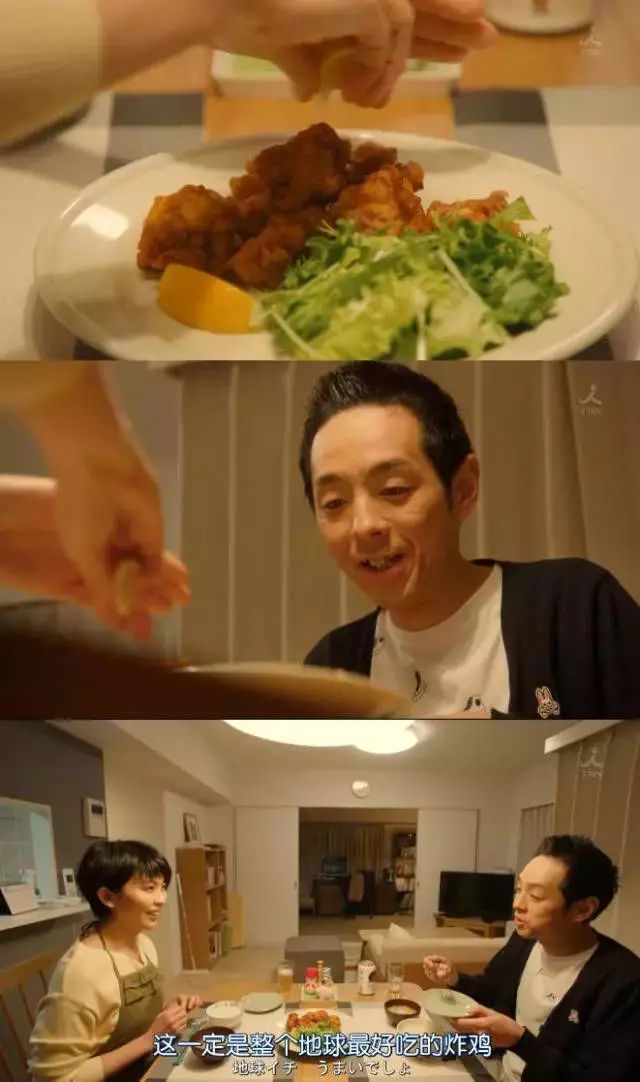 In many years of getting along, the husband never revealed dissatisfaction, he wanted to go out for a walk to find a feeling of love, his wife said it was too cold to drink coffee at home, he agreed.

Their set of love poems was brought to the corner of the table by his wife, and he was silent. 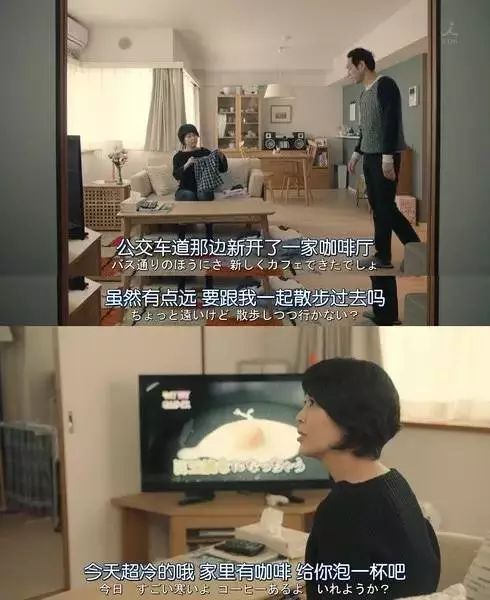 Finally, on an unusual day, the husband felt he could no longer bear such a life and left.

This walk, a year did not come back.

Only then did the wife wake up from the illusion of marital happiness.

Finally, when they met, they took off their wedding rings for each other, divorced, and turned away.

If you could make a noise and talk about it earlier, wouldn't that be the end?

Is the husband wrong? He wants to accommodate his wife and is willing to put up with his own grievances.

Is the wife wrong? She wants to take care of her husband and always be the woman behind him.

They are not wrong, they just forget that marriage is not to endure grievances, but to share grievances, husband and wife is not one after another, but hand in hand.

Sharing grievances has to speak out, we are not saints, can not tell grievances without a little venting emotions.

Two people who go hand in hand must know what is going on in each other's hearts in order to ensure a consistent pace. 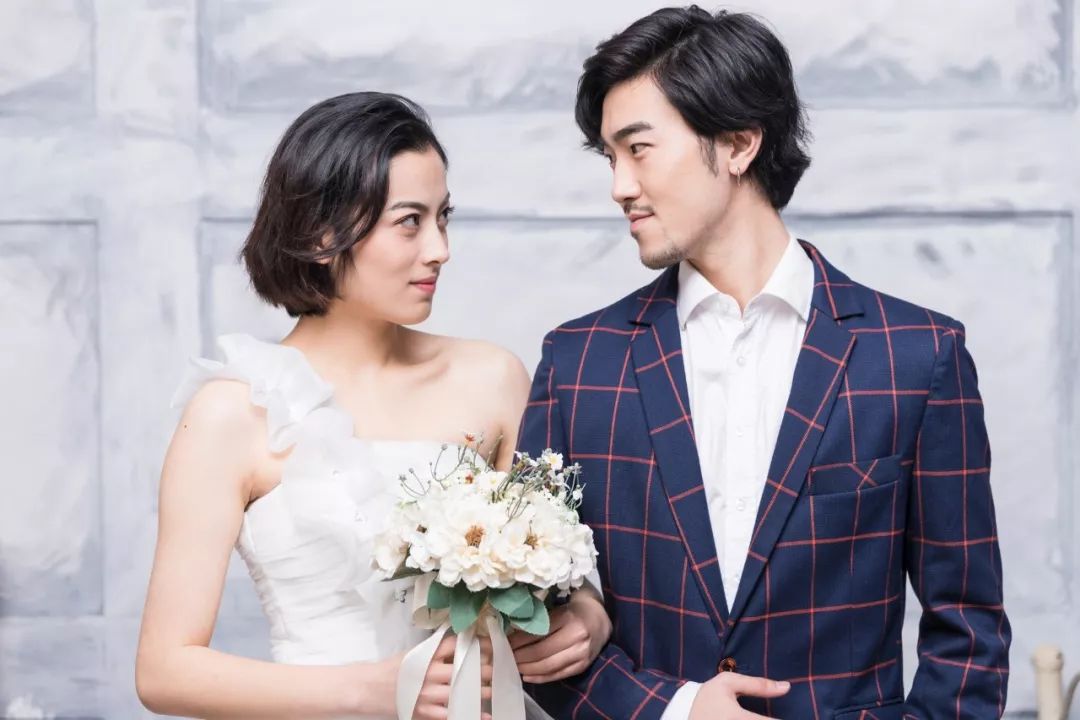 There was a fight.

And a good way can be very cute

The other day my husband and I had a quarrel because of eating, from the head is just a few dishes he wants to order have been rejected by me, he decided I don't care how he feels.

All of us are not convinced, do not care about each other, play each other's mobile phones.

Then I was really hungry, and I cooked dumplings and noodles, and of course I cooked one of his.

When I brought the two bowls to the table, I didn't say a word, I just buried my head for dinner.

After a while he ran to ask in a hard-state tone, "Who else has a bowl cooked for?" "

Then I heard a very light cry: "Wang."

Two people live for a long time do not have to worry about quarrelling can not pull down the face and good, than contradictions, marriage is more common hobbies and habits.

This is a Thai laundry detergent advertisement, about a small couple always quarrel for a little thing, and fast and good.

Driving out will be because of the left turn or right turn quarrel, but the next moment to hear each other familiar music, there will be a tacit understanding of the hand dance. 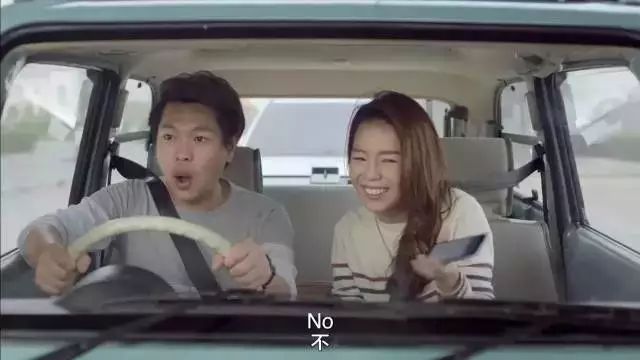 When faced with the problem of what to eat, two people proposed different to quarrel, quarrel will be because of the same taste and good.

And every quarrel will make them cherish each other more.

It doesn't matter what we quarrel about, and we end up making up for love.

Because love is a lovely thing, and good ways also become lovely. 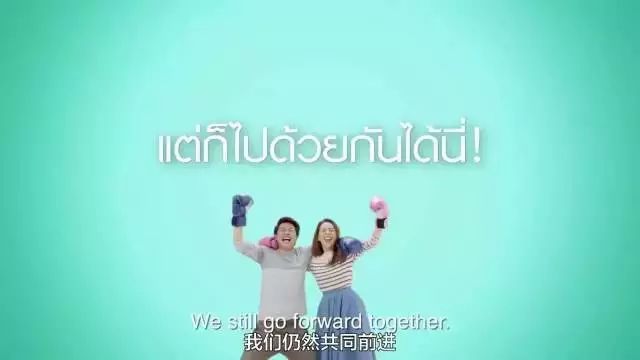 I remember going home after slaming the door

Yan Yixuan and Liu Wei played a TV series called "You Are My Sister" and played a couple.

Once, they quarreled, boyfriend broke out the door, girlfriend said: "You go away don't come back, come back you are grandson!" "

After a while, the boyfriend knocked on the door: "Grandma, open the door." "

This kind of coexistence, is called comfortable.

After quarrel remember to go home, is to remember the quarrel place is always home, where people are accompanied by a lifetime partner, so calm after going back to face.

Some people need to be alone after the quarrel space, face to face can not calm down will choose to go out, this is understandable.

And the person who stays at home is often caught up in the unknown: what is ta doing outside? Ta What do you think now? Are we going to break up like this?

In marriage, the cooling-off period is reasonable, cold violence is unreasonable.

Those who remember coming home understand that after the cooling-off period can't leave a shadow of cold violence.

It said that my husband and I quarreled over dinner, the end result is that I asked him what he would do if I didn't cook, he said: "I will go downstairs to the supermarket to buy bread to eat, you do not like bread I will bring you cookies." "

After the quarrel remember to go home the other half, in fact, is also distressing you, reluctant to leave you alone at home to be wronged. 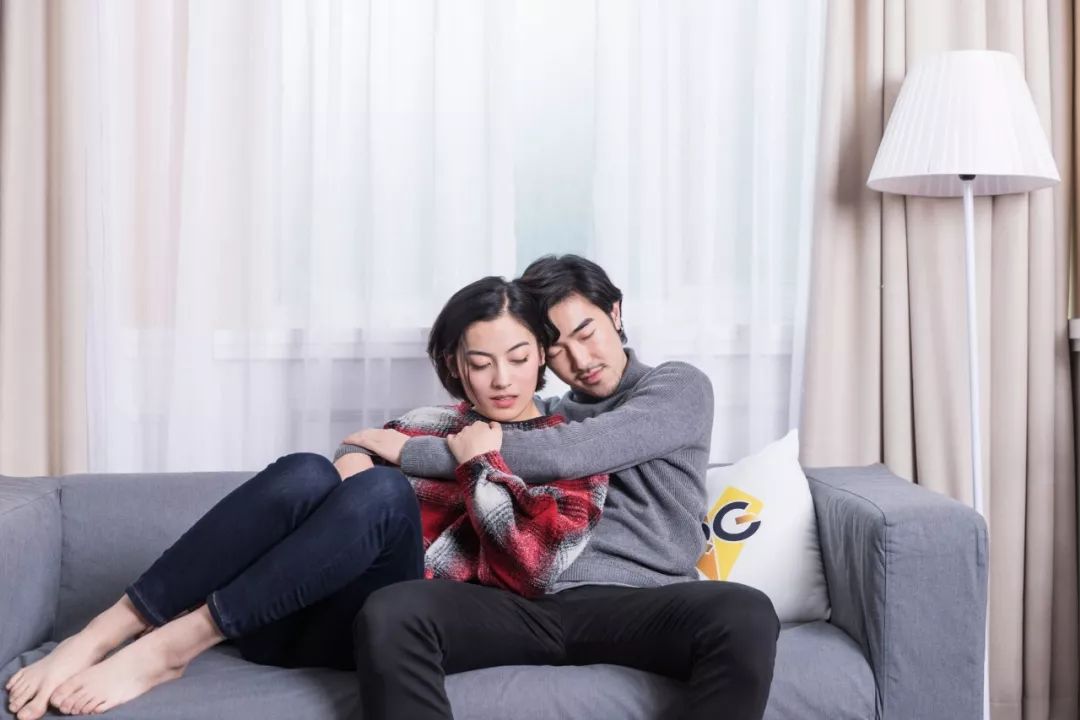 True love is to be able to buy a dish and cook home after a fight and slam the door.

True love is the last second by your gas, the next second began to actively care about your hunger and warmth.

There are differences between people themselves, independent individuals are full of contradictions, love two people are no exception.

After the stage of respect as a guest, a involving Chaimi oil salt naturally can not help but make a lot of noise.

People who can join hands all their lives, not not not quarrel with you, but quarrel again fierce, can also go home at any time.

Mercy has a new book!

Note: The drawings are from the network

Author: North Pavilion window, ordinary people in a thousand worlds, love daydreaming, want to do plowing stars, want to drink the universe in a glass of rain. This article comes from the Microsyngram Companion Reading Room (ID: DuZhe365).

Recitation: Yaxin. Willing to accompany the soul with fragrance with voice, the pursuit of the world of truth and beauty. Personal WeChat: ALICENO1_2011

A book every day.

Running their own happiness is a woman's life's homework

Be a happy woman and live for yourself

Press and hold the small program code below to begin reading 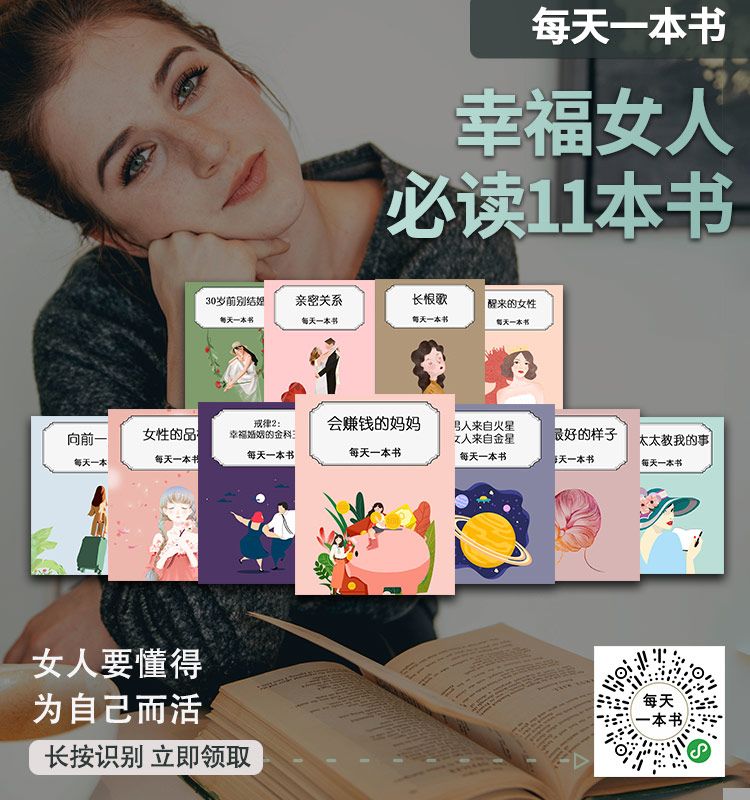 The public number is recommended

The real charm of a woman is not fashionable

It's about inner cultivation

Build a true self through cultivation

Cultivate a taste that distinguishes you from others by reading

But anything that enriches the heart

We're all going to try 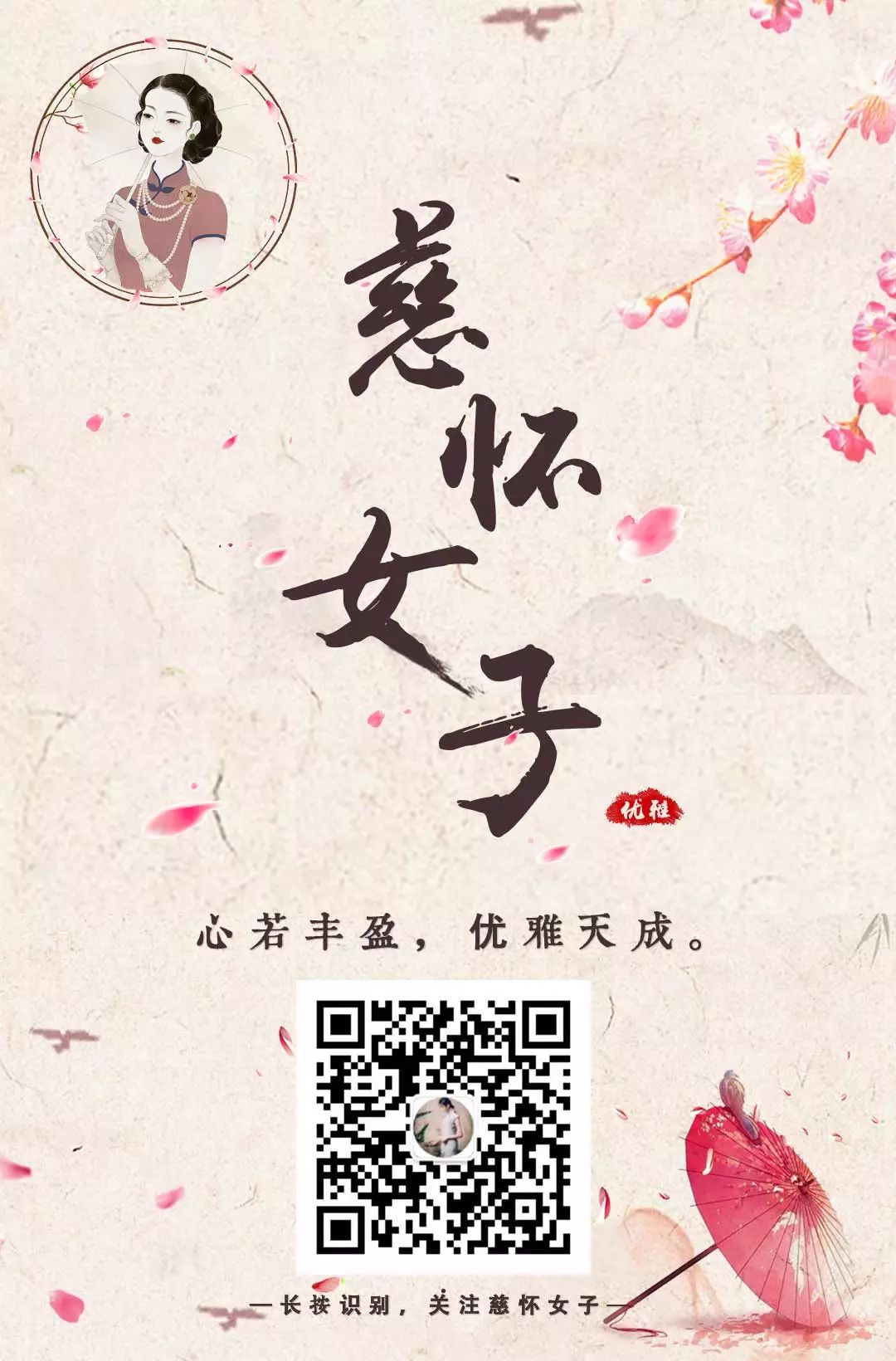 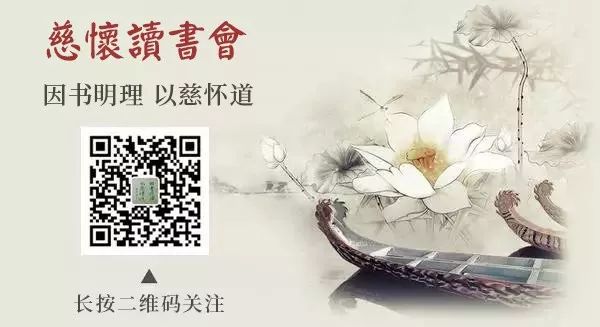 Thailand has another annual tear-jerking ad: the best marriage is to fight and remember to go home
Up to 200 words, currently totalWord.