Have you ever seen the best advertisement for Sanshui? Poke in! 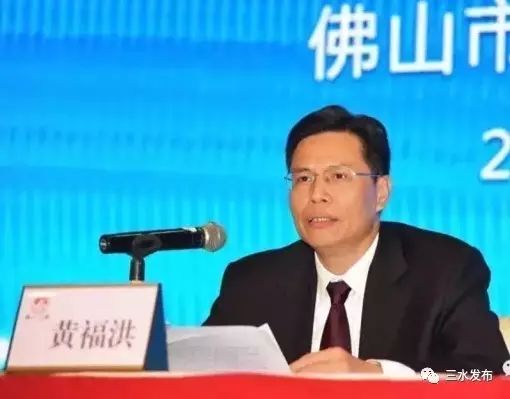 Enterprises take root in Sanshui, is to stand on China's best regional economic stage。Three water can do things, other places may not be able to do; 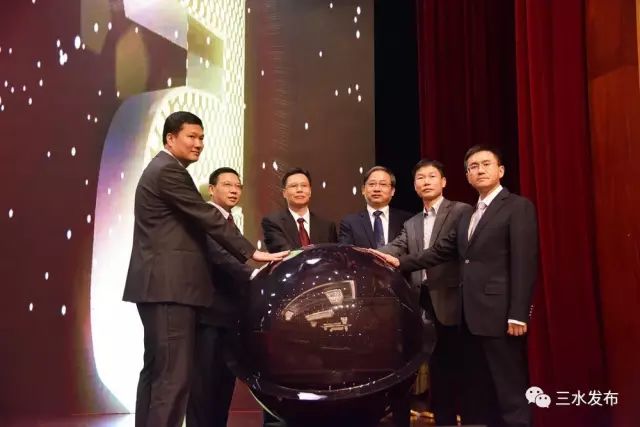 Senior media person, well-known political commentator Long Jiangang said:"Such a 'three-water expression' has never been seen before in history.People are surprised: this is Sanshui's self-confidence;‘Advertising'.”So why does Sanshui make a "confident" sound at this moment? How should the article "Three Waters Confident" be written?

The three-water ship accelerated on the wind

Time has passed for many days, but the waves from the three water stirs are still moving: on February 15th, the Sanshui District Committee and the district government held a conference to promote real economic development, 20 support policies, 10 billion yuan of support funds, unprecedented efforts to make the entrepreneurs at the meeting happy. What is more unexpected is that the three water district party secretary Huang Fuhong's speech at the meeting caused such a huge response, the impact of the formation from the venue to the Internet, in the WeChat circle surging, praise. Huang Fuhong's speech was not long, but he was high-intentioned and sincere. His definition of "three waters" is refreshing: three waters have been transformed from "rice, cement, magic water" to "water spirit, water ecology, water articles". His three-water self-confidence is very impressive:"Enterprises rooted in sanshui, is to stand on China's best regional economic stage";

Such "three water expressions" have not been seen in history. People are surprised: this is Sanshui's self-confidence;

Once from the helicopter bird's eye view of the three water: to the mountains have mountains, water has water, and a lush vast land. The three rivers flow like a heroic fleet, day and night, run to that piece of more vast blue than the earth ... ...

The three waters in history are equally dazzling: a hundred-year railway station, a hundred-year post office, a hundred-year customs ... These buildings, which are still in use today, prove Sanshui's position in modern Guangdong. In the 38-year course of China's reform and opening-up, Sanshui fast horse whipping, from Jianlibao's hometown to the "hundreds of billions of regions." 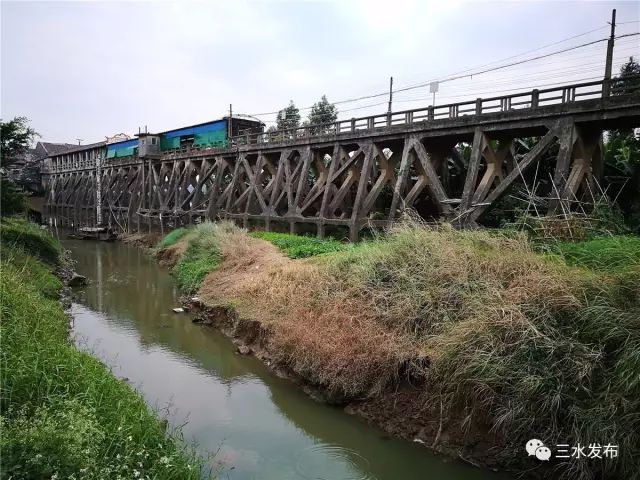 Half a river bridge at the mouth of the river

Looking at China, Sanshui is not inferior at all: of the country's 2,800 county economies, Sanshui's comprehensive strength ranks 36th;Can be in Foshan, Sanshui but lack of sufficient self-confidence: compared to Shunde, the South China Sea, Sanshui always feel less famous than others, money is not as much as others, meetings sitting together, sound is not as loud as others ...

Folks like to be heroes of economic scale, while the official ranking of Foshan's five districts is clockwise: the city committee, the city government is located in Zen City in the first place, followed by the South China Sea, Shunde, Gaoming, Sanshui. This sort of order makes Sanshui people privately quite a bit of a word: GaoMing why ranked ahead of us? Such a "three-water consciousness" exposed that three-water once also had the same limitations: not self-confidence.

On May 16, 2016, Lu Yi, who had just become party secretary of Foshan City, went to Gaoming to investigate, and put forward the "high-minded self-confidence" at the beginning of his opening, requiring the cadres and masses of Gaoming to firmly break the concept that Gaoming is an underdeveloped region and a backward region from the depths of their hearts and minds, and firmly gaoming is a developed region in the country. Lu Yi said very directly: in the country's 2,800 counties and districts, Gaoming's economic strength ranked in more than 40, can be considered a developed region. If Gaoming is still a backward region, how can it make other really backward areas feel?

In fact, Lu Yi's "smart self-confidence" proposition is not only to Gaoming, but also to sanshui。 So, with Xu Dongtao on the same day was ordered to "airborne", as the secretary of the Sanshui District Party Committee, Huang Fuhong has any way to make the "three water self-confidence" article? 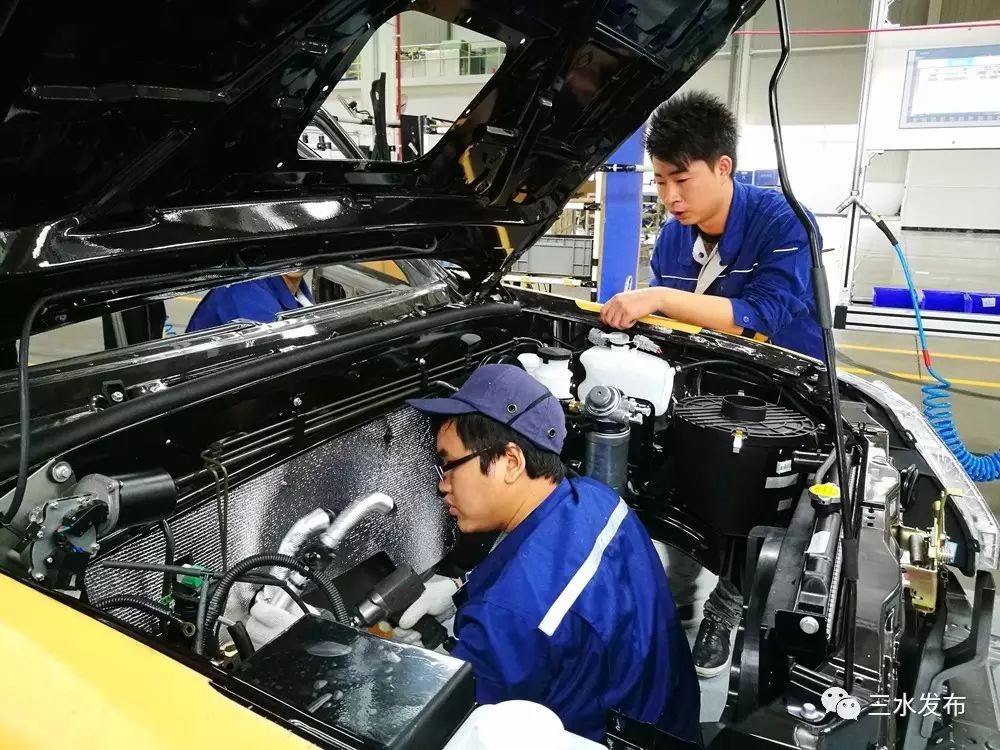 Huang Fuhong also made a special agenda arrangement: please Sanshui District Commission for Discipline Inspection, Sanshui District Court, Sanshui District Prosecutor's Office, the main person in charge of the meeting to more than 200 enterprises to carry out policy interpretation and make statements, so that entrepreneurs can rest assured that development.

In the winter of 2015, Liu Yuelun, then the party secretary of Foshan, publicly expressed the view that the biggest problem for Foshan and the country as a whole was not technical, not project, not capital, but the confidence of entrepreneurs. Although two years have passed, this judgment is not out of date. In Liu Yuelun's view,If an entrepreneur has no confidence, he does not create wealth but preserves it, then the economy loses its source of power。 But once the entrepreneurial spirit of innovation is mobilized, the potential and space will be unlimited. 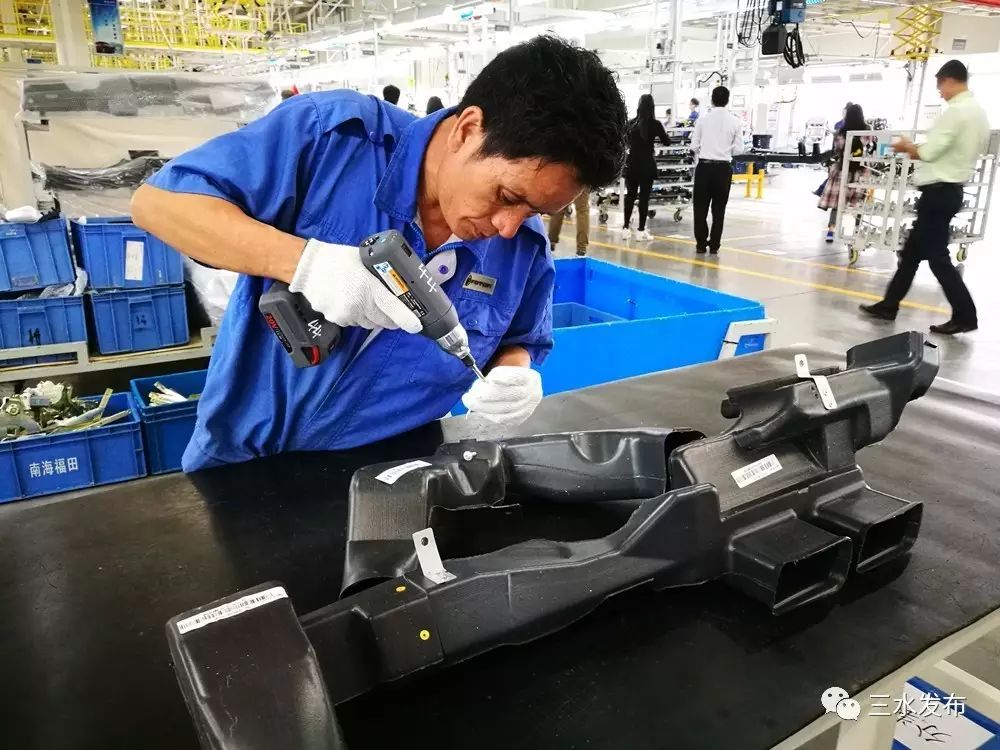 It is on the basis of such awareness and judgment, Foshan led the country held a huge conference of private entrepreneurs, the whole of China has seen the south rise a warm flame. The Shunde government shouted a slogan with great courage: hand in hand, shoulder to shoulder.

At that time, such a practice is not without risk, Foshan showed valuable responsibility. The congress convened by the Sanshui District Committee and the district government to promote the real economic development is not only the continuation of this responsibility, but also the method and idea of Huang Fuhong to crack Lu Yi's proposition:Sanshui self-confidence starts with entrepreneur self-confidence.The reason is simple:Entrepreneurs are the most precious resources of Sanshui and the most dependent force for the development of Sanshui.

Many times, the position can determine the status. Huang Fuhong said that "enterprises rooted in sanshui, is to stand on China's best regional economic stage", this is of course the bottom of the ground. 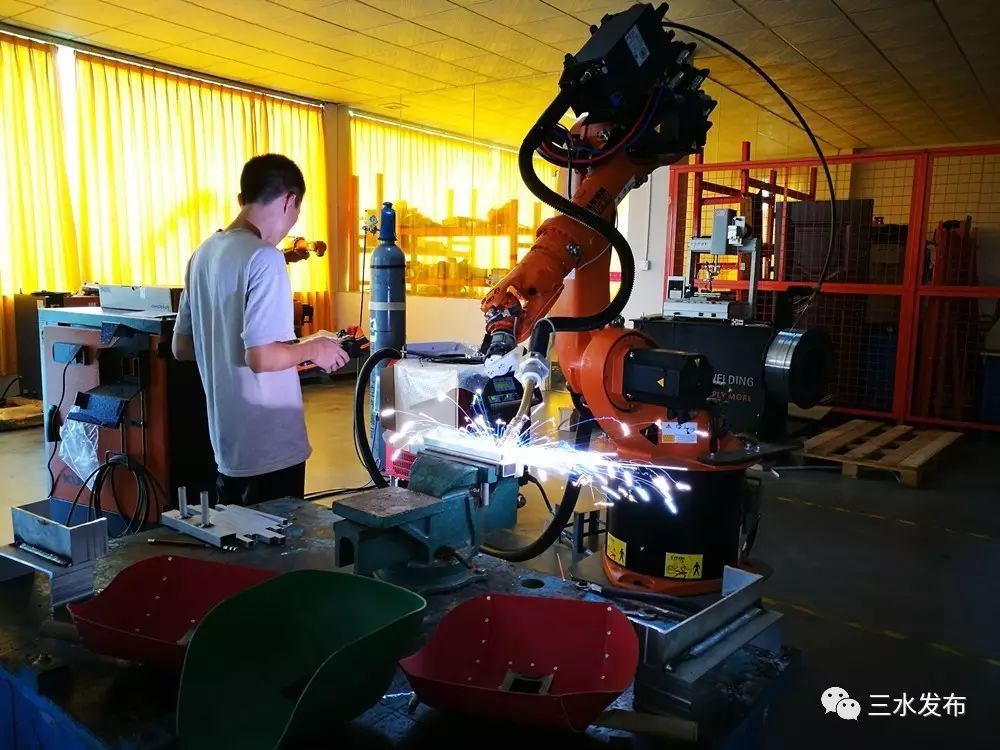 Road fan-shaped unfold, three water as long as the run forward is.

Three waters are changing. The three waters of change are reminiscent of a philosophical story that many people know wellA master led several apprentices in the Zen Enlightenment. The apprentice said, "Master, we have heard that you will have a lot of spells, can you let us see?" The master said, "Well, I'll show you the hand of 'moving the mountain', and I'll move the mountain opposite." Then the master began to medd.

An hour passed, and the opposite mountain was still opposite. The apprentices said, "Master, why can't the mountains come?" The master said in a hurry, "Since the mountains are not coming, then I will go." "Stand up and walk up to the hill opposite. 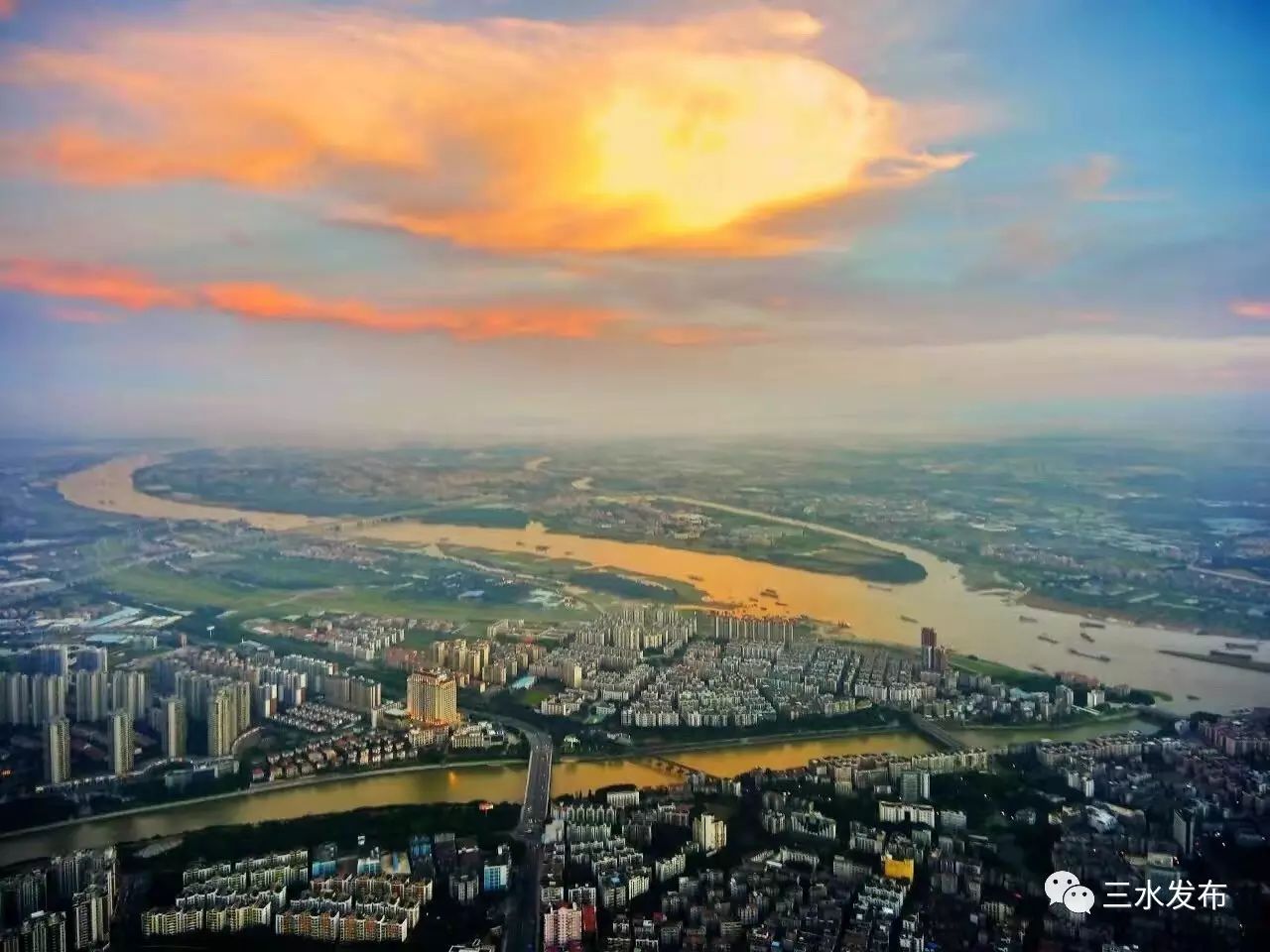 Yes, there is no "mountain transfer" in the world, the only way to move mountains is: the mountains can not come, I will pass. Direction is greater than method, power is greater than ability. "The mountains don't come, I'll go over" reveals a truth: do one thing, and when we don't work in one way, we might as well think differently, from another angle. We can't change the direction of the wind, but we can change the direction of the sail. 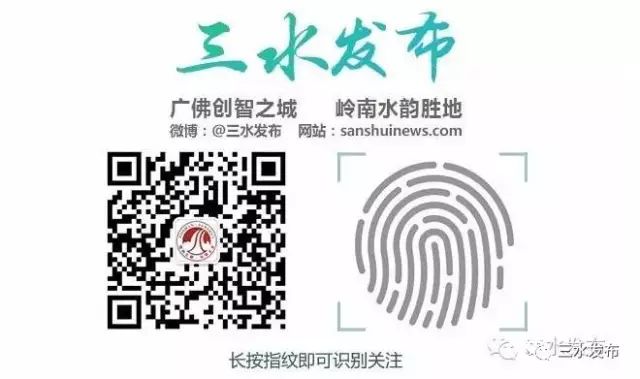 Have you ever seen the best advertisement for Sanshui? Poke in!
Up to 200 words, currently totalWord.