Snapchat, the US-listed company's flagship shooting and social product, has already earned A$31m in 2018 since it entered Australia, and Snapchat's local head in Australia says advertising revenue is expected to expand further in 2019, although more and more targeted social networking sites such as TikTok from China have emerged.

SnapChat Australia's revenue for 2018 is A$38.6 million, according to the Australian Financial Review, a gap from social networking giant Facebook's A$125.5 million. But in terms of active users of both social networking sites, Snapchat compares with Facebook by 6 million: 15 million, not including 9 million on its subsidiary Instagram and 7 million on Whatsapp. Snapchat's revenue quality is not low. 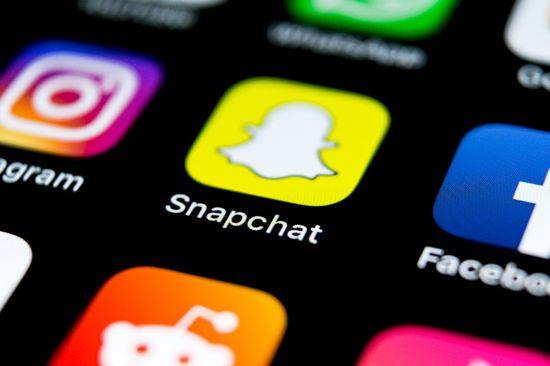 Kathryn Carter, SnapChat's Head of Australia, said their confidence that advertising revenue would continue to grow came as more advertisers embraced the new mobile advertising model they had pioneered. Brands can promote brand information in different forms. Whether it's video, dynamic pictures, gifs, or live streams.

Carter points out that 60 percent of ads on Snapchat are viewed carefully by users rather than simply being crossed. SnapChat Australia has fewer users than Facebook and Instagram, but they are unique and have a high core audience, with 13-24 year olds outnumbering Facebook and Instagram. From an advertiser's point of view, there are differences in the products on the market when it it came to making brands creative about young people.

While Snapchat has been highly sought after by young people since it went live, in 2018 Kylie Jenner, a fashion blogger and member of the Kardashian family who has a huge influence on social networking sites, tweeted a series of tweets criticizing Snapchat's updated design, which led directly to a decline in Snapchat's U.S. stock price and the loss of 1 million daily active users.

Snapchat founder Evan Spiegel credits the re-growth in revenue and user activity to their "discovery" feature. Snapchat's Discovery feature is sorted according to specific algorithms to show users content provided by different media partners and certified celebrities. This feature can naturally be used to run ads and generate significant turnover.

Faced with the emergence and development of other social networking sites of its kind, Carte says they don't feel anxious about it. China's video social app, Shake Voice, has amassed up to 500 million monthly active users since it came online in 2016. While the vast majority of Snapchat's active users are also core users of Snapchat, there is still a big difference between Jiyin and Snapchat. 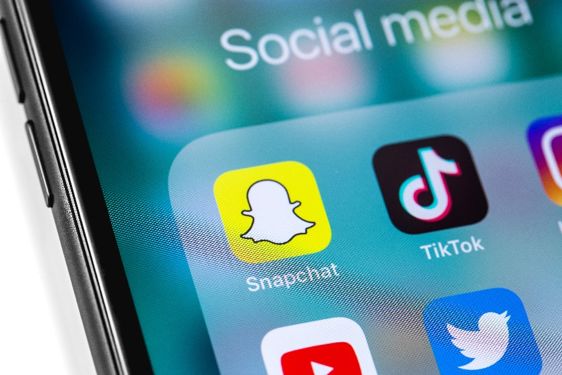 Carte commented that Jiyin is an interesting software that shows the huge demand for mobile content. In everyday life, audiences can actually use a variety of similar applications, which is not a "zero-go game". The development of Jiyin may lead to win-win cooperation rather than commercial competition.

She sees Snapchat as a leader in the platform by promoting communication between users and friends and family through photos, videos, and so on. They argue that other social media, such as shakes, have developed and will continue to develop "lens" strategies because they have found the value of lenses not only for cameras but also for interpersonal communication. 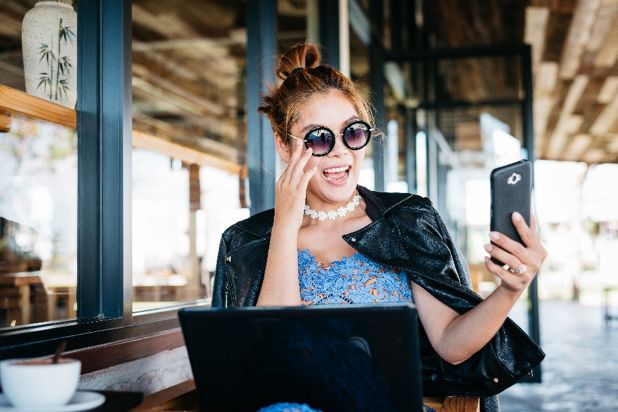 For now, SnapChat's share price rise isn't enough to turn around the company's losses. Although the share price tripled from its December 2018 low of A$5, the global company lost A$79m in the second quarter, although this was an improvement on the A$453m loss in the same period last year. 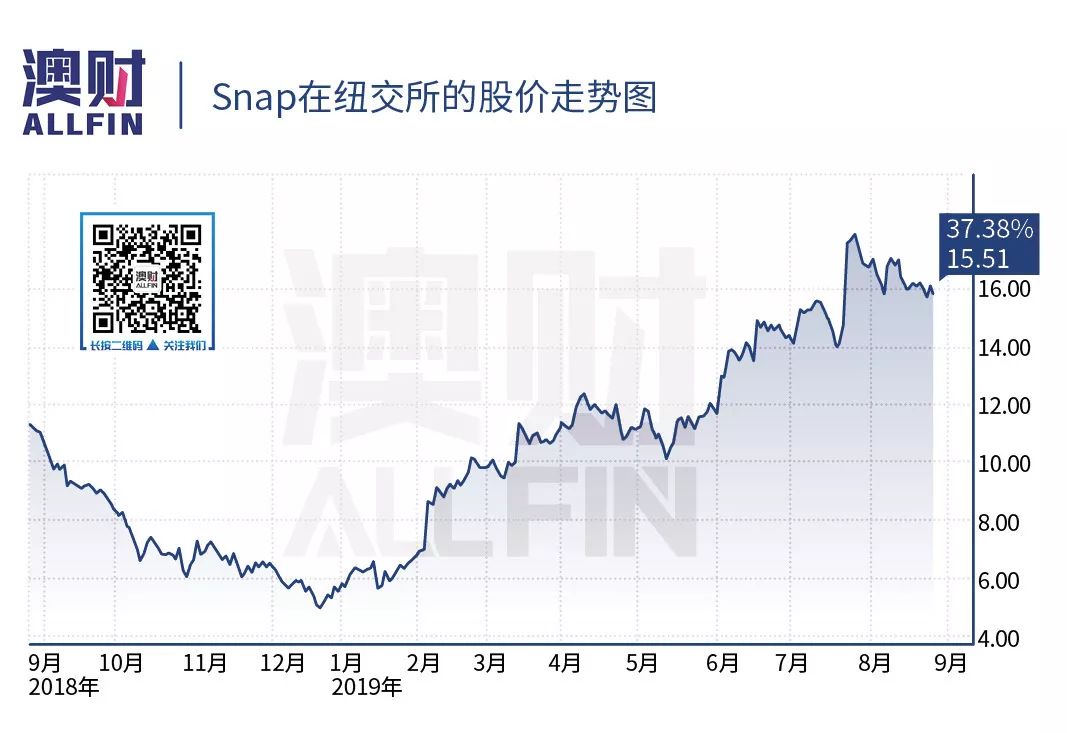 Pre-tax profit adjusted to A$1.8 million for 2018, according to SnapChat Australia. However, according to accepted calculation principles, SnapChat Australia should spend A$5.8 million on its Australian employee non-cash share payment plan (even if those costs are reimbursed by its parent company), resulting in a pre-tax loss of A$2.1 million and an after-tax loss of A$2.6 million.

On top of that, SnapChat Australia has received A$7.6 million in research and development revenue from its parent company, which Ms Carter says will be used to improve the audio and video quality of Snapchat's messaging capabilities. According to its report, there were 36 employees at the end of 2018, two fewer than the previous year.

(The images not indicated in this article are for Shutterstock, Inc.,' which authorizes the use of the network, reprinting the images separately or at legal risk.) )

The analysis, opinions or other information in this article are market commentary, do not constitute trading advice, for informational purposes only, please make prudent decisions when investing at your own risk.

Earnings season . . How will Ingham's prepare for the next 100 years as Australia's centennate financial results plummet?
Stock Market . . Aussie treasurer breaks through the financial circle, ASX to do blockchain "high-end players"

Press and hold the QR code on the left 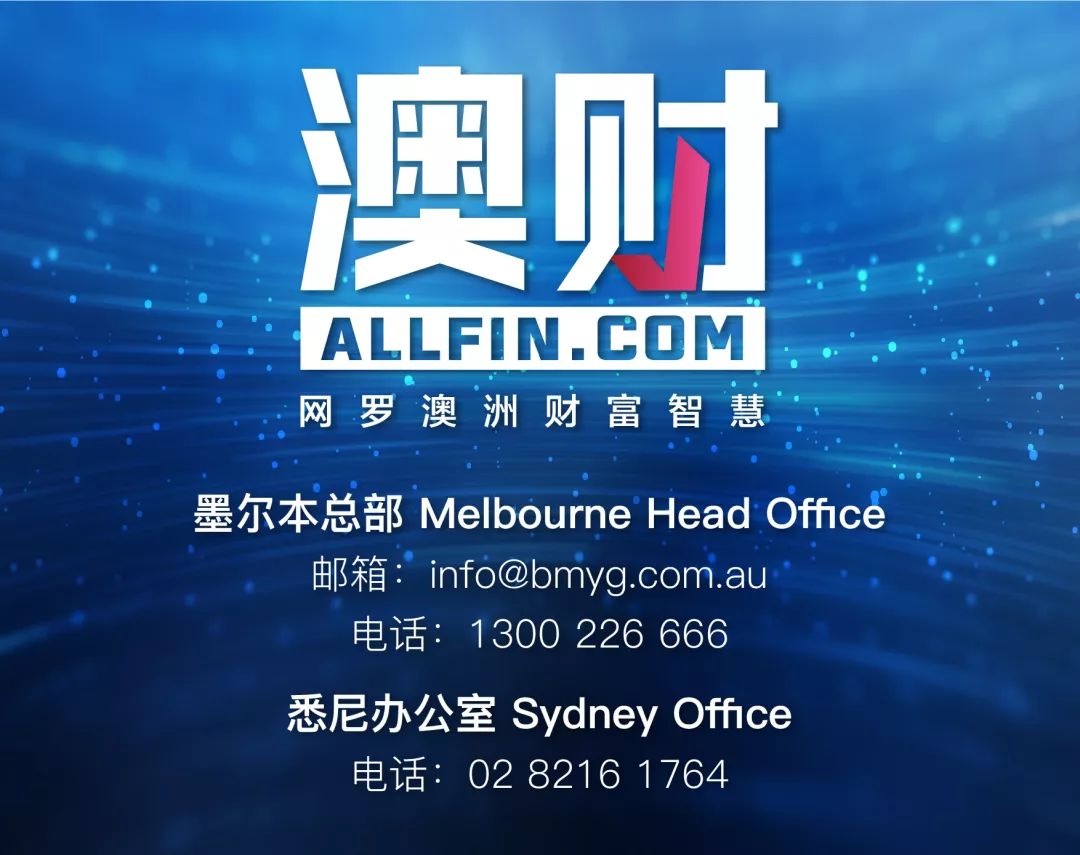 Welcome to forward and like to support the Australian Finance Network

喜欢此内容的人还喜欢
微信扫一扫
使用小程序
Cancel. 允许
Cancel. 允许
微信版本过低
当前微信版本不支持该功能，请升级至最新版本。
I know. 前往更新
确定删除回复吗？
Cancel. 删除
知道了
长按识别前往小程序
SHARE ON TwitterRedditTumblrEmailBufferLinkedInPin It
The biggest enemy, not competitors, not too high price, no it, everything is negative: production equals negative, marketing equals negative, advertising and brand equal negative, revenue and reputation equal negative!
For $100 million to buy a competitor, AppNexus wants to do a technology ad that's different from the giants