Overseas advertising regulation is strict! Google: A total of 734,000 accounts of developers and publishers that post malicious ads will be blocked in 2018

Every March, Google announces how many "malicious ads" it posted the following year. That number is growing every year, but there will be some different changes in 2018.

"Malicious ads" include advertising fraud, phishing scams (an attack by sending fraudulent spam claims to come from banks or other well-known institutions in an attempt to entice the sender to give sensitive information) and malware, between all ads that violate Google's advertising policies.

Use machine learning for ad monitoring

Asked why the number of ads going off the shelves in 2018 is down from 17 years ago, Google didn't say publicly, but there are still some signs to explain it. First, Google is trying to stamp out consumers' experiences of bad advertising scams, and the company says it is doing "to eliminate the source of bad advertisers, not the ads themselves".

Second, Google says it is using "improved machine learning technology" to identify and block nearly 1 million bad advertiser accounts, including 734,000 publisher and developer accounts, about twice as many as in 2017. Taking action at the account level can fundamentally solve the problem of malicious advertising, as a bad account can post thousands of malicious ads.

Similarly, in 2018, Google introduced 330 detection classifiers, three times as many as in 2017, to better detect malicious ad content from the page level. Using a combination of AI and machine learning, Google launched 1.5 million apps and 28 million pages that violated its policies by posting malicious ads.

Finally, Google worked with cybersecurity firm White Ops, the FBI, and others in the industry to crack down on transnational advertising fraud. A fraud ring codenate 3ve not only sucked millions of dollars from the advertising industry, but also infected about 1.7 million computers, 5,000 fake websites and about 60,000 advertising agency accounts at the height of its operations. Late last year, the FBI announced charges against eight people in the gang for serious identity theft, computer hacking and money laundering. 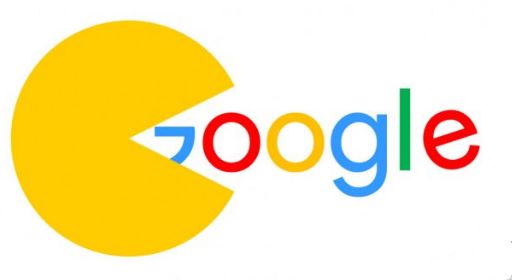 In the case of false information and low-quality websites, Google removes a large number of ads from approximately 1.2 million pages, more than 22,000 apps, and nearly 15,000 sites that violate the "post false, hateful, or other low-quality content" policy.

Google also plans to launch a policy regulatory tool in Google Ads next month, just like its previously released AdSence Policy Center. This self-help tool will help advertisers ensure that their creatives comply with policies and provide tips for common policy errors.

Given that google's most of its revenue comes from advertising (more than $32 billion, or 83% of total revenue, in the last quarter), combating malicious advertising is an inevitable choice, and the advertising regulatory environment will only get tighter.

Hands-on teach you how to do it: Get started with Google Universal App Campaigns overseas

With Google Play Instant, store page clicks rose by a 1/4

Google Play U.S. Market Research: The percentage of female players is as high as 49% of women's game space is huge

Overseas advertising regulation is strict! Google: A total of 734,000 accounts of developers and publishers that post malicious ads will be blocked in 2018
Up to 200 words, currently totalWord.

Burger King forced google to advertise for it? See how brand marketing finds help
How many secrets does Google's PPC advertising budget contain? These details you need to know!
What's the difference between Google and Baidu in advertising?
It sounds beautiful to tax Google Facebook's advertising revenue and feed the news industry
Google has created a system to make hotels an advertising ad ad ad ad ad ad