Included in the topic
#趣闻合集
96

Everyone who surfs the Internet must have heard of it"I'm a scum."、"Opening a dragonfly"Wait for these lines.

On station B, these Chinese characteristics of the page tour ads even became everyone's spiritual food, when the mood is not good to listen to Zhang Jiahui, Gu Tianle and other big guys Hong Kong"It's my brother who's going to cut me down."：

In fact, you do not know, like China's online text, the same as coins.These hand-traveling page ads, which we take for granted, have also entered overseas markets, helping foreigners open up a new world of boats and achieve a wave of exotic cultural output.

Like microblogging, knowledge, and other sites, on the pipeline, on ins and even on some unspeakable sites, you can see a lot of hand-traveling ads: 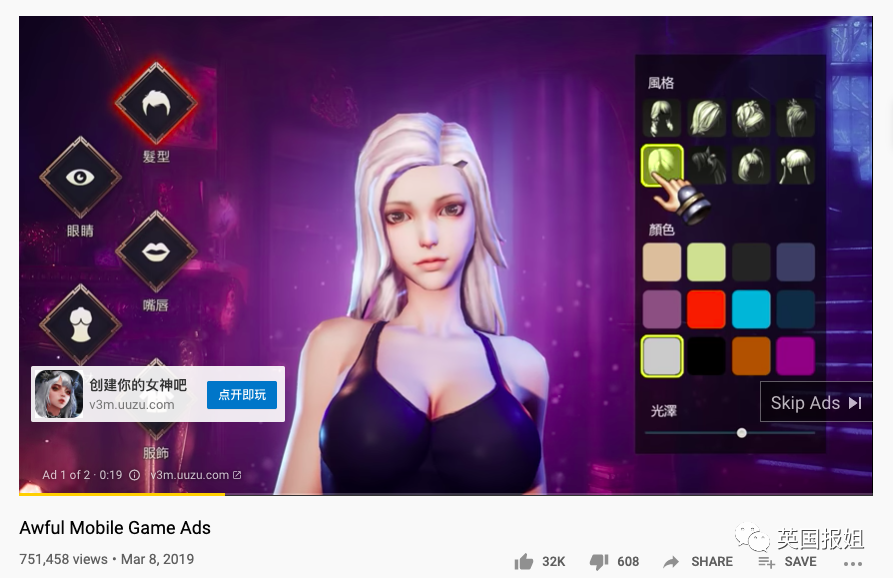 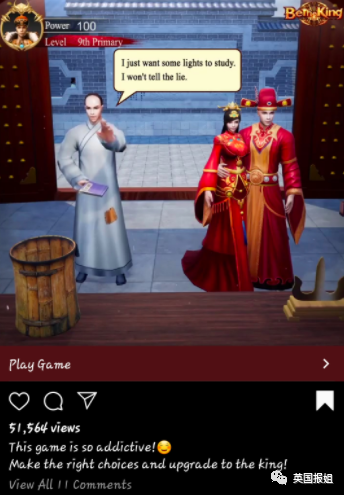 Some foreigners watch these hand-traveling ads on the front of the film, even more relish than watching the video.Since to attract people to come over to see, of course, but also to export some "Chinese characteristics", do something in the court out.

These game ads gather elements such as "court", "emperor", "judgment", "back palace" and so on, but the spiritual core is very inspirational: as long as you dare to dare to do, grass roots can be king. 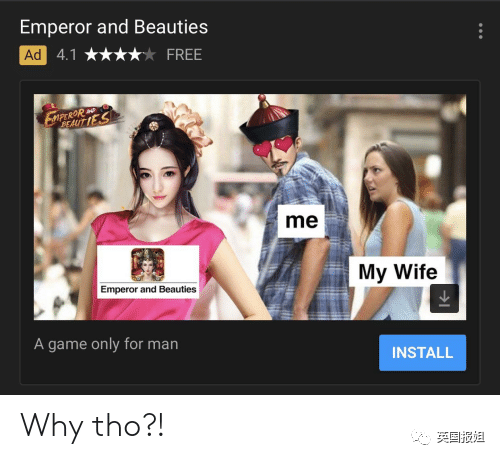 The heart should be hard-handed to be steady, when the case is judged firmly, in order to step up. Like what:

Like a big girl like jade, and scars big old thick, please "Green God" you judge: this black charcoal-like baby in the end who? 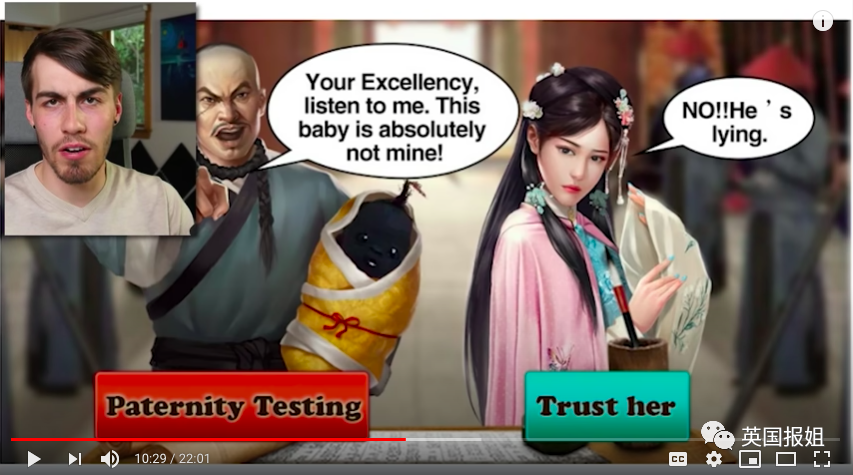 And this cult style:

On the way to the top of power, there are always all kinds of stumbling blocks. For example, your male favorite may suddenly have your child: 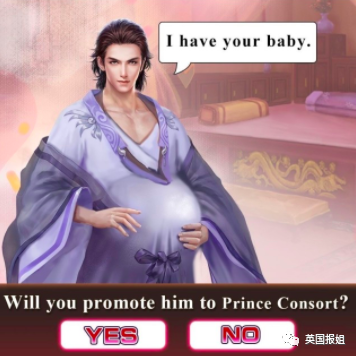 Your royal dad may be halfway through your favorite woman: 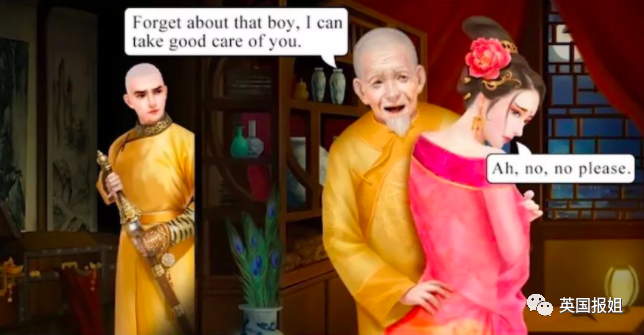 Forget that baby, I'll take care of you.

Related game videos have hundreds of thousands of hits on YouTube:

Some even made this game into a series, like a Miyagi TV series:

"You've been talking about mafia city all day(We'll talk about this later)And don't take our emperors seriously! " 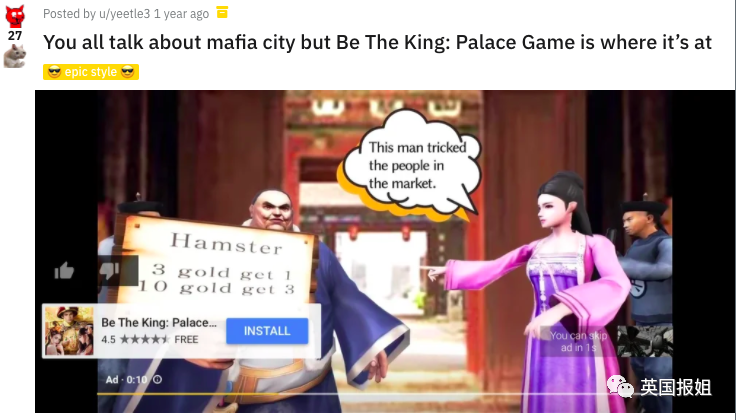 Many people said that although these games are not bad quality, the game has nothing, mainly with the beautiful little sister to play.

But the iron powders don't agree: you don't understand the game at all.

"This game is not about beautiful little sister at all, but is testing your math skills, teamwork, communication skills, and so on!"

"I found this game on my husband's phone, and I'm a little flustered right now, and I suspect he's addicted."

"Hong Kong really, I also quite like to choose the scene of the art, I like the appearance of all emperors and queens. If anyone knows the author of this game, please let me know. "

In short, as long as there is hope, you can do the back palace.

After these game ads entered the overseas market, really did a wave of localization.If you ask foreign ironmen what "I'm a scum" is, they may not necessarily know.

But if you ask himmafia cityThey must be telling you that this is the best gang story they've ever seen. 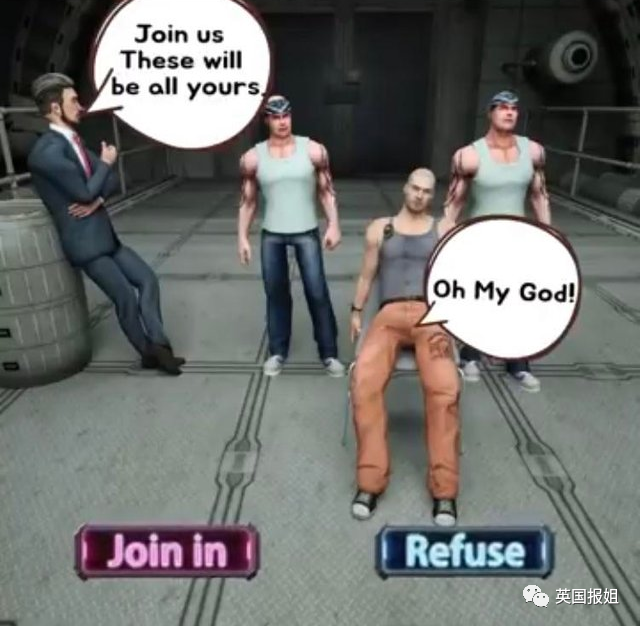 Don't look at this picture quality is a bit rough, but the game story of the ups and downs of the same degree as the cult movies, street fighting, violent pursuit, gang hot girls, conspiracy elements as many. It's fair to say that even Quentin and Gallic came.

For example, the street mixed crazy pursuit of the gang "red rose", but not "red rose" has long been the heart of belonging, fall in love with the overbearing president: 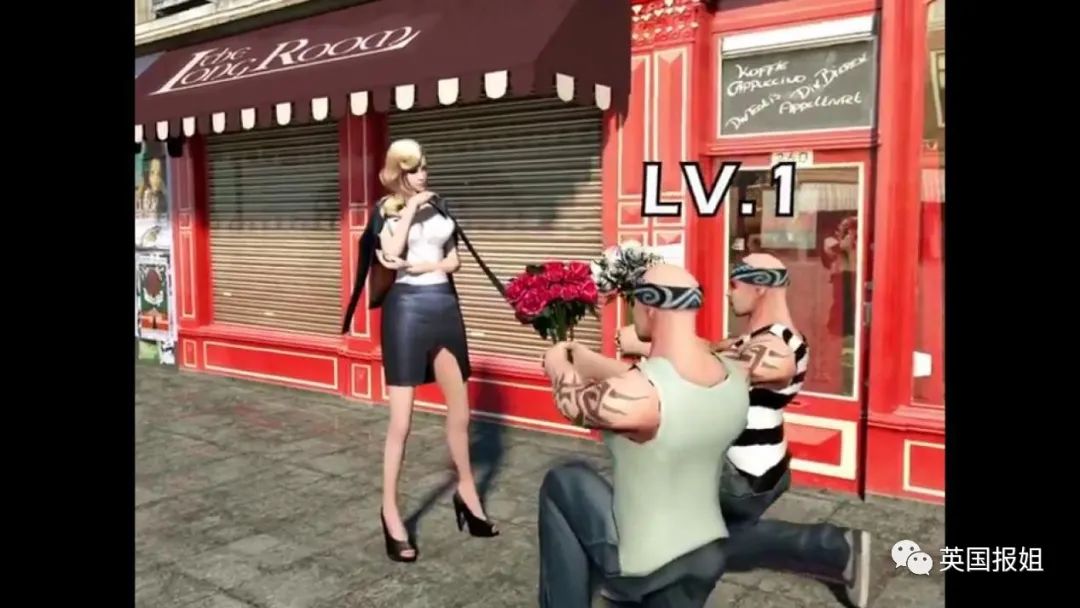 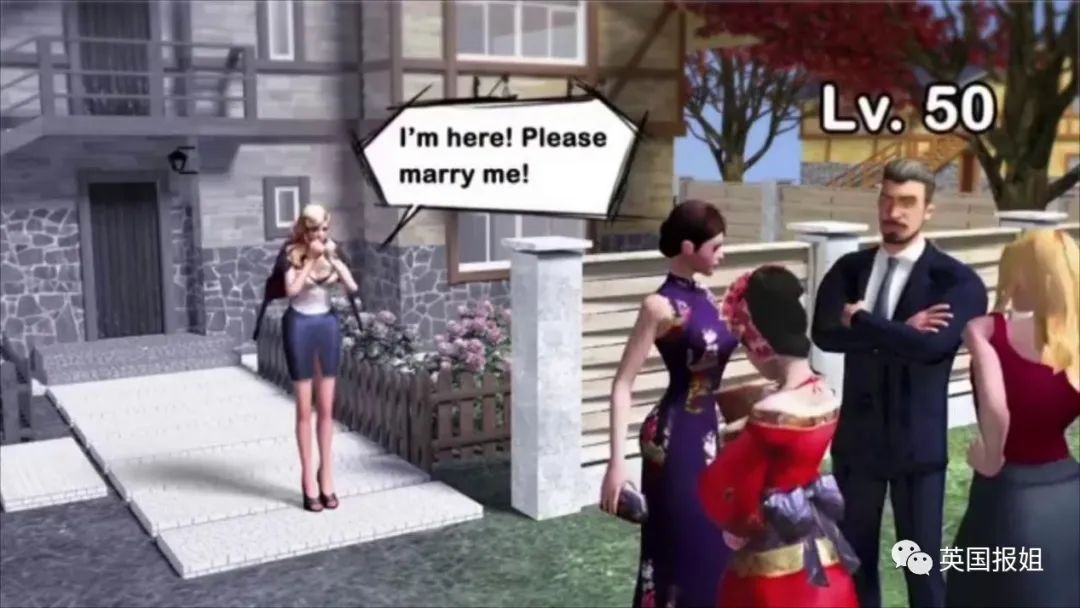 What is hard to guess, however, is that the gangster "Red Rose" turned out to be a women's bigwig:

It's a game ad that has millions of streams on Youtube.Someone even made all the collections, and these little ads, which were less than thirty seconds old, came together and had a big sense of vision.

Let the video or something go first, don't look at the ad in my face:

"I thought I hated these ads, I didn't think I'd watch a 30-minute video." 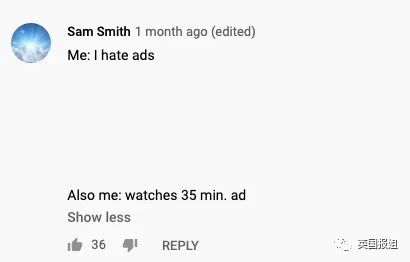 "This game is going to kill fortress night!"(Fortress Night is one of the hottest games abroad)”

They even played swedish girl's terrier in the game:

What is surprising, however, is that the game's publisher is a Chinese gaming company.

The game is actually advertised in China, but basically no one pays attention.

Why is this game ad popular with so many foreigners? There is a song in China that sings like this, three days is doomed, seven points depends on hard work.In addition to the existing gang elements, but also conveys a spiritual core: car house tickets, car beauty, love to fight to win.

If you've read this video in its entiret, you'll find out about the original gang life, but so it is:

Of course, this makes another point: although we don't have gangsters in China, we know more about gangs than foreigners.

In fact, in addition to these more popular, it is said that most of the hand-traveling page ads can be seen by Chinese companies.Can be said to occupy half of foreign game advertising.

And they're unusually up-to-date, for example, when a hot black man lifts a coffin, they are applied to the game: 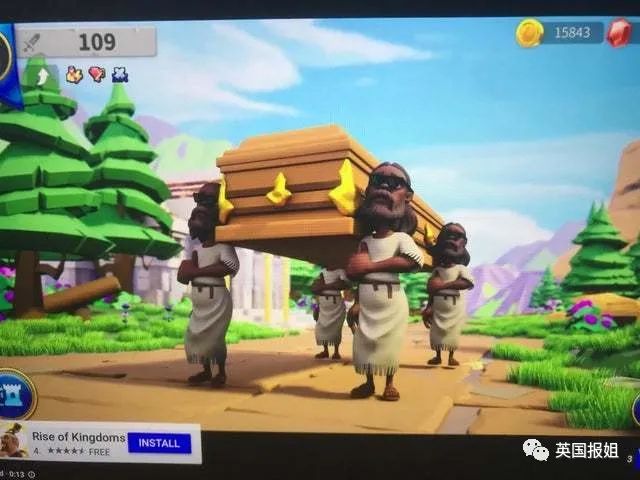 In short, these advertising ideas, only you have not seen, no they did not think of.

In fact, whether you like it or not, these hand-traveling ads are already all over the Internet. Although some ads don't match the actual game content. But there is no denying thatMany of the words appearing in the ads have become a hot terrier on the Internet, the effect is comparable to the "back wave".

We all know that these ads can appear in just a few seconds and then be skipped. But it was these seconds that Caught the eye of so many people. 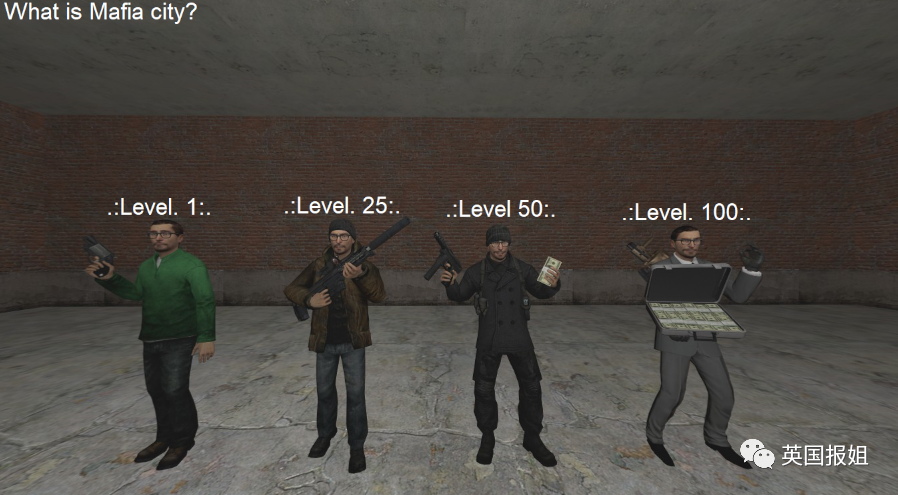 Of course the content of the game may be different from the hype, but you have to admit that this wave of ideas has won. 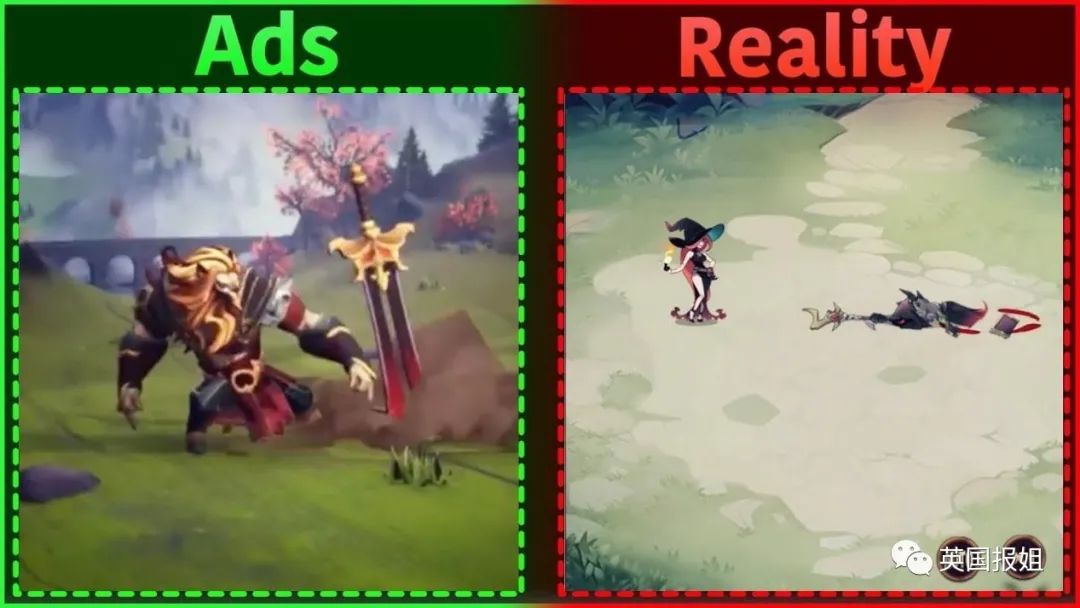 So although these ads are very annoying, but don't catch fire, look at the eyes may also be able to see a little fun?

It's easier to grab the C-bit

Male darling pregnant, father and son fight for a daughter? These Chinese back palace "series" let foreigners indulge
Up to 200 words, currently totalWord.

Internet red bloggers under the outbreak: nowhere to go, no goods to bring

Station B is ferocious

YouTube e-commerce features are already being tested, how much time does amazon have left? 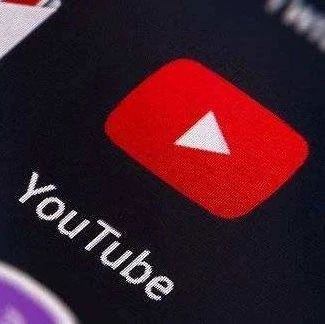 YouTube operation notes, Xiaosheng does not recommend the pipeline as a children's channel, because of this

Learning TikTok doesn't have to be short, Google wants to turn YouTube into a shopping platform