Huawei's emotional appeal for advertising strategy in the European market

Changes in consumer behavior begin with the persuasion of attitudes. And emotionsAnd emotion is the attitude experience of people to the relationship between objective things and their own needs. In addition to functional appeal, in the dissemination of brand image, there will also be emotional appeal to participate.

Huawei, which has a reputation in Europe for its products and a large market share, sold 13.5 million units in europe in the first quarter of this yearHand.Machine.[1]。Although its share of Europe has declined as a result of U.S. policy, Huawei's market share has fallen even under such circumstancesIt also holds second place, behind Samsung.

There are 1.1 billion mobile phones in Europe, an average of 1.3 hands per EuropeanMachine.[2]。 In the European mobile phone terminal market, Huawei has many competitive brands, such as Samsung, Apple, Xiaomi and so on. This means that the initial dividend of the mobile terminal market is over, the next competition will be extremely cruel, advertising also needs more yuan, more in-depth.

One.
Bo people's eyes, attract attention
Darrell Lucas and Stuart Britt in "The Heart of Advertising."If advertising is to interest those who feel sluggish due to fatigue or relaxation, it must provide lively stimulation, according to Science and Its Research. Obviously, for emotional appeal advertising to be effective, one prerequisite is that a person must be able to access it and pay attention. It can be said that winning the attention of consumers is the basis for the next emotional inspiration and migration to the brand.
1
Perceived stimulation
01
Color.
Color is a more common means of attracting attention. Huawei.The series of print ads in Spain to promote the P30Pro charging feature are in black and white, and now, when color is overused, viewers can quickly focus on the ad in other colorful fancy ads. The ad does not appear any product image, to "nursing" to symbolize charging, black and white performance can let the audience ignore the background and focus on the main character of the ad - nursing mother.

02
Music.
Music is also a great way to attract attention. For example, 2018On November 30, Huawei launched a video promotional video for Storysign, a mobile phone app designed for the hearing impaired, in the 10 largest markets in Western Europe. The use of music is a bright spot, at first the background music and sound suddenly stopped, forming a strong contrast, instantly improve the audience's wake-up degree, fully attract their attention. Consumers realize that there is a problem with the little girl's hearing, but also produce a kind of common sense, mobilize the concern for the girl. The ad uses three sudden stops of sound to represent the process. Background music also tends to be more cheerful with the three pauses, culminating in Santa's communication with his children, before the product is actually introduced. 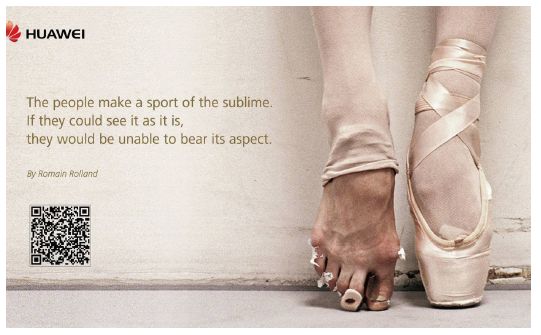 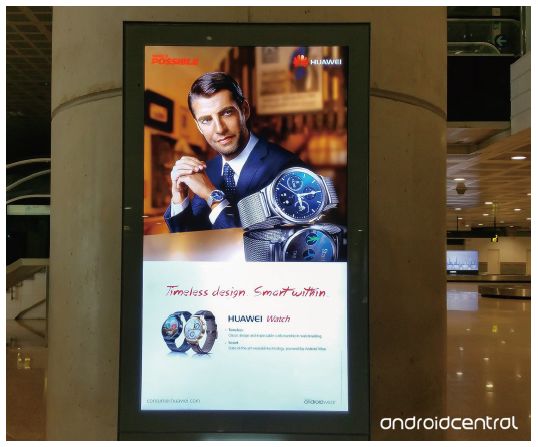 2
Willow dark flowers, the end appears
This technique often appears in story videos because it comes out prematurelyIt's easy for an audience to be ostracized by a product or brand. And the story more use to set suspense and other ways to attract attention, and as the plot advances to stimulate the audience's emotions, the brand appears at the end can let the emotions previously aroused more smoothly migrate to the brand, thus forming a positive impression.
An ad for Theorysign, a Huawei mobile app, as mentioned earlierThe promotional film, the advertisement is a typical emotional appeal advertisement. The ad was launched on Christmas Day in the West, through the introduction of the form of stories for emotional expression. At the beginning, color, music and stories inspired sympathy and love for the little girl, and at the end of the day, the Huawei Storesign website and mobile phone appeared, and the audience would be full of affection for the site, but also the feelings of the Huawei brand that built the site.
3
Borrow strength, borrow emotion
01
Joint.
Cross-border co-advertising can be in the minds of other already audiencesImage and emotion of the brand cooperation, joint name can migrate emotion to the brand. Huawei chose to work with Lyca Cameras to create mobile phone lenses, with Swarosch launching a joint smartwatch, and Porsche launching a joint mate series of business positioning phones. The commonality of Huawei's choice of these three partners is that they are all high-end luxury brands in Europe and leaders in the category. Such as Lyca is the camera brand's most high-end brand, known for its quality, is a symbol of quality and status, Swarovasch is the first precision cutting imitation crystal manufacturer, the product is pure, high-quality, brilliant, highly accurate, symbolizing the holiness and elegance, Porsche is the German Volkswagen Group's luxury car brand, to produce high-end sports cars known in the world, is a symbol of noble status. Cross-border collaboration with these European luxury brands allows European consumers to migrate their positive impressions and positive feelings to Huawei's brand image and products.

02
Endorsement ads
The same is true for endorsement ads, which can target certain people orThe existing emotion of the image migrates to the brand. In March 2016, Huawei announced the signing of soccer superstar Lionel Messi, who became Huawei's global brand ambassador. To launch the P9 and P9 Plus, Huawei invited two Hollywood superstars to act as global spokesmen, Henry Cavill, who plays Superman, and Scarlett Johansson, who plays Black Widow. This kind of image endorsement advertisement is a distinct emotional appeal advertisement, because every star or idol has been separated from the scope of ordinary people, in people's hearts have been symbolized. Out of a love of symbolized idols, this emotion also migrates to the product that the idol represents, thus transforming this positive emotion into an emotion for the product. The promotional video, starring two international stars, quickly broke through the millions of hits on YouTube, and by now it has 1.25 million hits, which has a good spread.
Four.
The shortcomings of Huawei's European advertising
Although there are many ways emotional appeal advertising can change the state of the consumerand thus affect consumer behavior, but there are some shortcomings.
1
The competition noise is too loud
The value of emotional appeal advertising is becoming more and more prominent, more productscards are using this expression. Samsung also has a similar website for the hearing impaired (www.samsungduyaneller.com) compared to huawei's Storysign software for the hearing-impaired, as mentioned earlier, with a promotional video that is also an emotional appeal ad, setting the theme of suspense and sublimation: "We all yearn for a world of communication without barriers." "Just as it inspires compassion and empathy between audiences, with more than 7 million youtube views in a week, the implanted "hard and wide" doesn't feel unnatural, and some hearing-impaired people have expressed gratitude to Samsung. The same product, inspire similar emotions, the difference is only the brand. Then the effect of emotional appeal advertising will be reduced in homogenization competition, so Huawei must deepen the competitive advantage of differentiation. 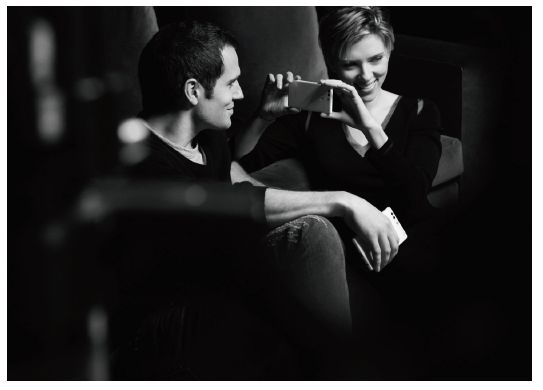 2
The story is not very clever
A large part of emotional appeal advertising is storytelling, but thisSome of the stories in the ads are not clever speaking, it is difficult to stimulate the emotion of the audience, it is more difficult to achieve emotional migration. Huawei's image ad, Huawei Man, for example, does tell the true story of a few Huaweis, but because of the tight time, it is very difficult to understand the major difficulties encountered by several groups of people and their solutions in just a few minutes. Thus the story is simplified, whether or not the plot is exaggerated, at least the characters become typed and thin because of this simplification, it seems less flesh and blood, the story is less persuasive.
3
Brand positioning is not accurate
The first two questions boil down to inaccurate positioning.In the final analysis, emotional appeal advertising is to promote sales, but the most important thing is to shape the brand image. The European mobile market is highly competitive, and according to Mr. Trout's positioning rules, Huawei should understand what stories it tells, what emotions and values it exports, and how it exports them, relative to other competing brands. By analyzing the positioning of other brands to sort out Huawei's position in the hearts of European consumers, and further differentiated ways to produce emotional appeal ads, we can make advertising more accurate and efficient.

The full 2019 book, published jointly by We Are Social and HotsuiteBall Digital Report。

More details,Please go through it 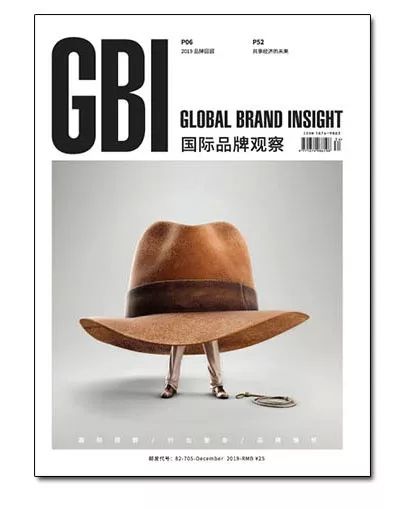 Welcome to enjoy the chapter to the circle of friends

▼
A wonderful review of the past
▼
How's Costco, who used to brush the screen?
2019, through the Chinese advertising market
What about Chinese brands in 2019?

Under the tide of single economy, where does the brand road go?

Inheritance and innovation: from the cultural variety of traditional culture brand construction

Huawei's emotional appeal for advertising strategy in the European market
Up to 200 words, currently totalWord.