How long do ad companies support YouTube's compressed patch ads? Because there is such a divine idea

On Friday, YouTube announced its decision to phase out the sale of 30-second video ads to brands and advertising companies this year. Starting in 2018, 30-second ads will fade out of The YouTube platform although the remaining available ads include 20 seconds, as well as youTube's six-second ads launched last April, the video site's main ad format next year, which is the length of time YouTube currently has to watch to skip patch ads.

Obviously such adjustments will be welcomed by users, especially given the growing popularity of short videos at a time when they are becoming more and more popular. After all, few people are willing to put up with 30-second patch ads for watching a two-minute video. A survey of video users in Europe and the United States by hubSpot, a digital marketing company, in the first half of 2016 found that 57% of users hated video patch ads. 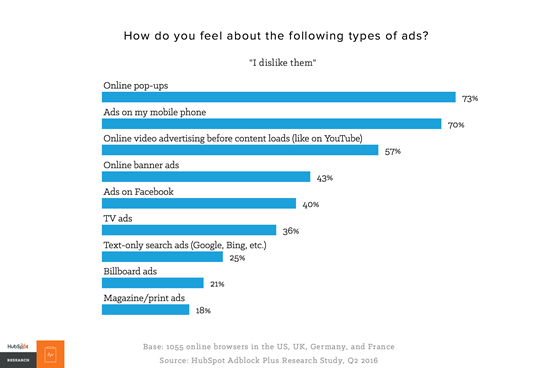 As a result, advertising companies have also welcomed YouTube's reforms, after all, if the product has been widely criticized, the effectiveness of advertising will not be able to talk about. Campaign magazine interviewed executives at several advertising agencies, including BBDO and Tribal Worldwide, who endorsed the change. And their self-confidence seems to have a reason - as long as they're creative, it's hard to resist the temptation of advertising, as in the following examples.

In the ad, Ford combines the car's performance with the "Skip Ad" point, which crosses a "skip ad" barricade and smashes the screen. Beyond the visual impact, the psychological feeling of "running over the advertisement" is not very cool.

The insurance company Geico's new series of patch ads, with the theme "The following is being made for the viewing experience (for your viewing experience, the following ads are being compressed)," is a complete literal "compression" - the ad scene is physically squeezed by a wall on the left that moves to the right (with Geico's big label on the wall), and crush all the scene objects en route. Of course, although the advertising actors are constantly compressed, but still very dedicated to advertising.

"Can't Skip" series, named by Adweek as the best ad item of 2015, with the theme "You can't t skipthis ad, because it's already over" (you can't skip this ad because it's over). It's similar to the "compressed ads" series just now - knowing that you don't like ads, so we've carefully shortened them.

Writing that the editor had received the latest news, Facebook announced a new message that would open up ads ("mid-roll" ads) to advertisers in the future. This news must be a real smouldering stick for users, but we should also be able to look forward to the various creative big curry in the middle of the advertising to do the same very good point of view.

How long do ad companies support YouTube's compressed patch ads? Because there is such a divine idea
Up to 200 words, currently totalWord.

After the waves, Ollie gives, your psalms
How are the global media giants doing under the impact of the outbreak?
Chrome browser must-have plug-ins are recommended
Challenging Amazon? The American giant can't help but shoot!
Where is China's MCN Road?