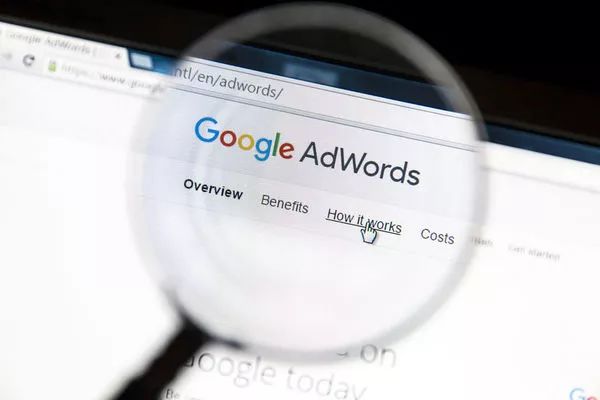 Quantum computers, smartphones, self-driving cars, smart homewares, and the global WIFI balloon project are just a few eggs in the company's big basket, but Google' main business, Alphabet, Google's parent company, is advertising. Google made $111 billion in 2017, accounting for more than 86 percent of its revenue, and easily carried out the money-burning program with advertising dollars. Google has recently made a new move in its advertising business, updating its code on February 15th in Chrome, which has a 59 per cent market share, to block some ads. Did the water finally wash up on the Dragon King Temple?

Google is doing so in keeping with history, with research firm eMarketer data saying that as of last year, about 27 per cent of US Internet users had installed ad blockers. Chrome also has a number of third-party ad blockers on it, but they're only available on the desktop version. This time Google will update Chrome on the desktop and mobile in sync, and mobile will enable this ad blocker by default.

Of course, even if Google produces, web leaders will not welcome this new ad blocker, after all, advertising is the majority of the site's main revenue. In response, Google promised that only the most annoying ads would be blocked by new interceptors, such as ads that automatically play video or sound. Defining who is a "disgusting ad" will be determined by a "better advertising alliance" made up of advertisers and technicians from Google and other technology companies.

Disgusting advertisements abound. Over the years, the online advertising industry's products and product target audience between the formation of an unusual state of fire and water. In the early days of the Internet, ads were floating and flashing, and pop-up ads (some of which couldn't even be turned off) became popular, so browser makers (such as IE and Netscape) updated their products to try to stop them.Any pop-up window in the browser now comes natively with a close button.
The online advertising industry now has more regulations, but advertisers can still bypass the rules and find other ways to annoy users in front of the screen. One of the tricky ways to do this is to run ads in the form of popular malware injections. A person who is not well-intentioned injects code into a normal network, and his ads appear on authoritative websites.Omelettes also suffer.

So ad blocking will make the web environment more secure and user experience better, but more ads being blocked means more sites won't be able to sustain it. To survive, the war between the advertising industry and ad blockers has never stopped. Many websites detect whether a user has an interceptor turned on, and if it does, it forces users to turn off the blocker while browsing the site. The interceptor side is also constantly updated with new methods to avoid site detection. Both sides you come to me at the same time, some websites also try to use their own way to resolve the contradiction. The news site Salon has an invitation to users who turn on interceptors, hoping to borrow some of the performance of those users' computers to mine to compensate for advertising losses.

As a result, Google's move is more like a boost to the advertising industry. Chrome's strong market position means it has the ability to force advertisers and websites to comply with the minimum standards set by Google in its advertising code, eliminate annoying patch ads, and encourage users to install fewer third-party ad blockers that block all ads. It has also launched a service called Money Choice, which is designed to allow websites to invite users of ad blockers to browse the web for a small fee.

But the official interceptor could also be targeted. Margrethe Vestager, the European Union's head of competition, announced last year that she would be keeping a close eye on Google's advertising filtering program. By defining what is acceptable advertising, she worries, Google will go one step further and consolidate its monopoly in advertising. In 2017, google, the European Commission, offered 2.4 billion euros(approximately RMB 19 billion)because the unfair use of the "shopping-to-price service" in its search results hurts competitors, and it's unclear how much users of the price-to-price service will lose. But this time, Chrome's own interceptors will benefit users.

This article was translated from Economist and published by the translator behind the scenes based on the Creative Common Protocol (BY-NC).