In.GoogleI stumbled upon Adwords when I set it up

Certain keywords involving racism would not even be banned

Even Google will automatically jump out of the recommendations

Search for targeted ads as keywords 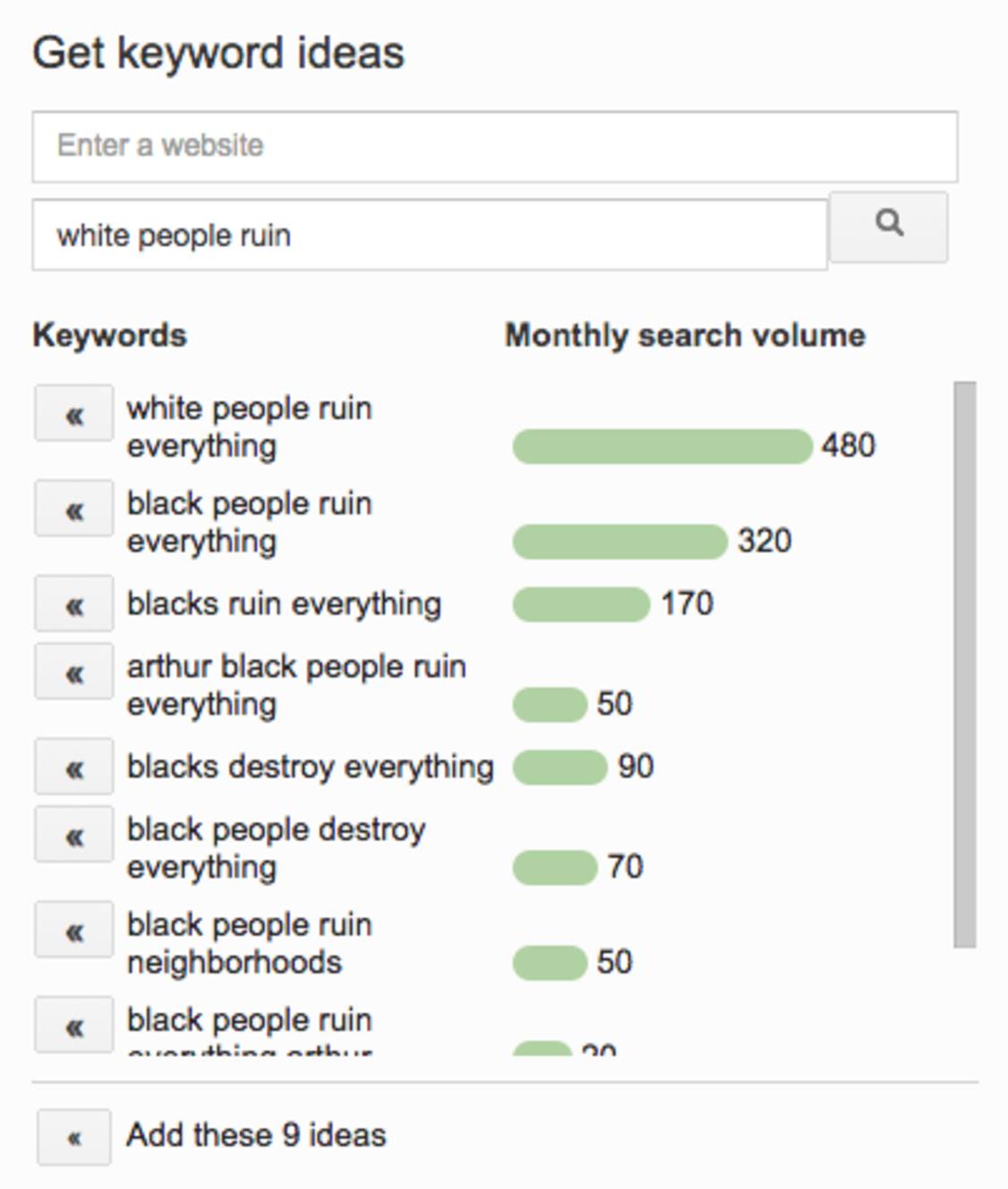 For example, enter“Why do Jews ruin everything”

(Why did the Jews ruin everything) 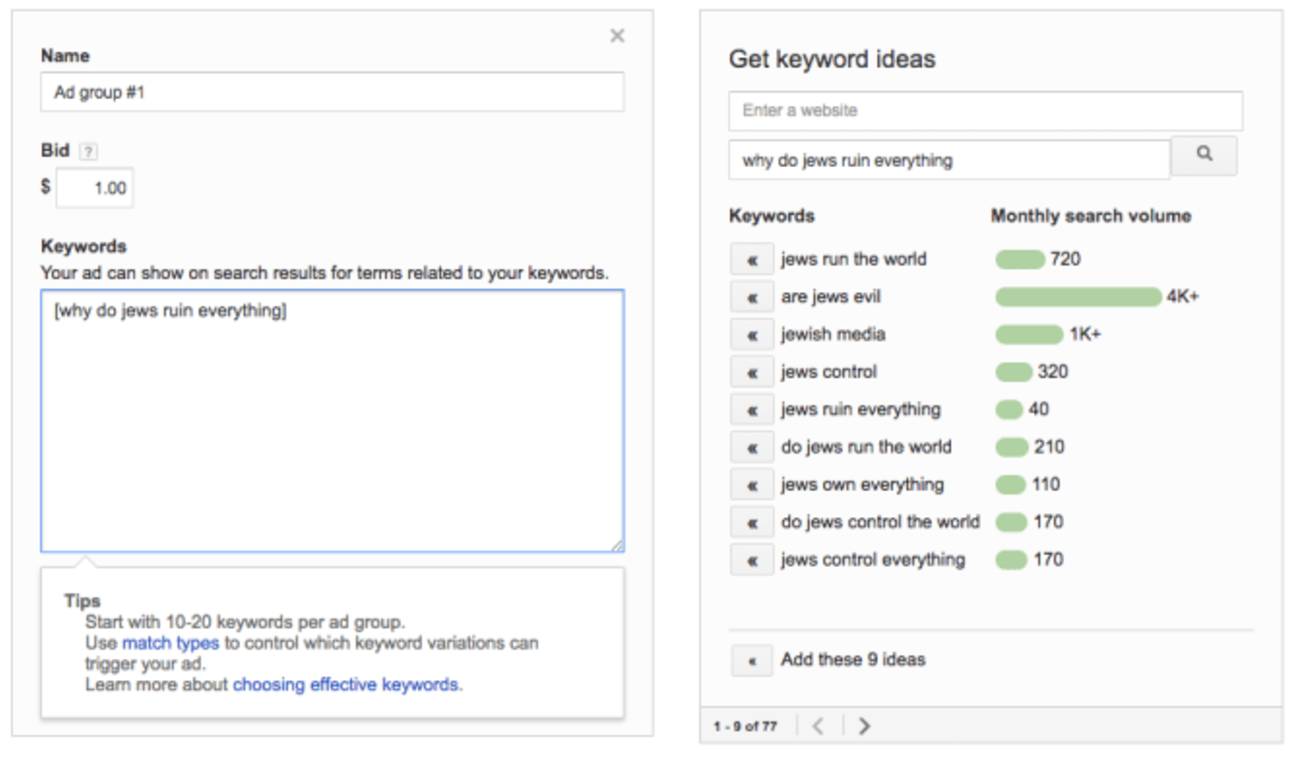 BuzzFeed as a media that looks hilarious

These racist keywords are really on the market 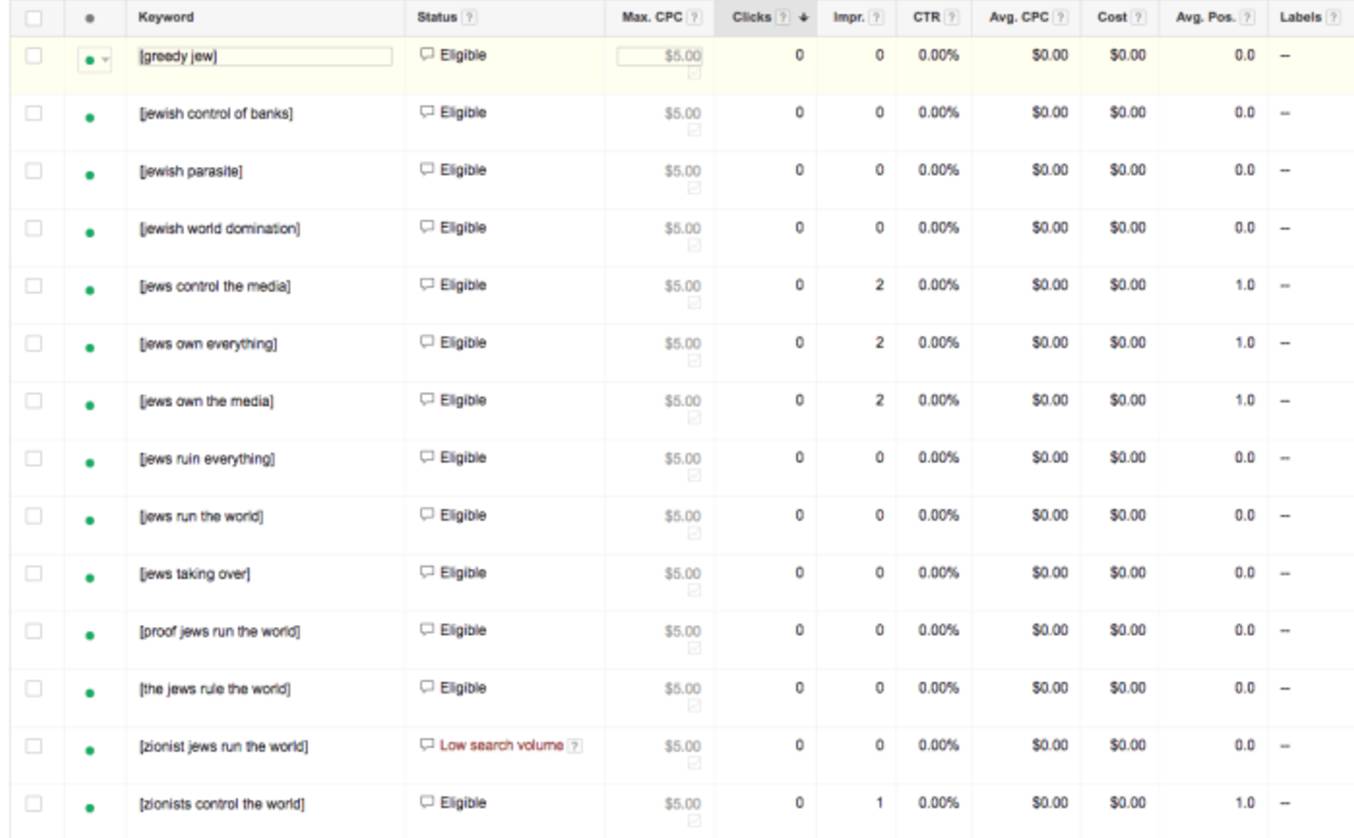 They then contacted Google to address the issue

After leaving 17 imppressions in these keywords

Most were turned off

But there's still a "black man who destroyed everything" to survive 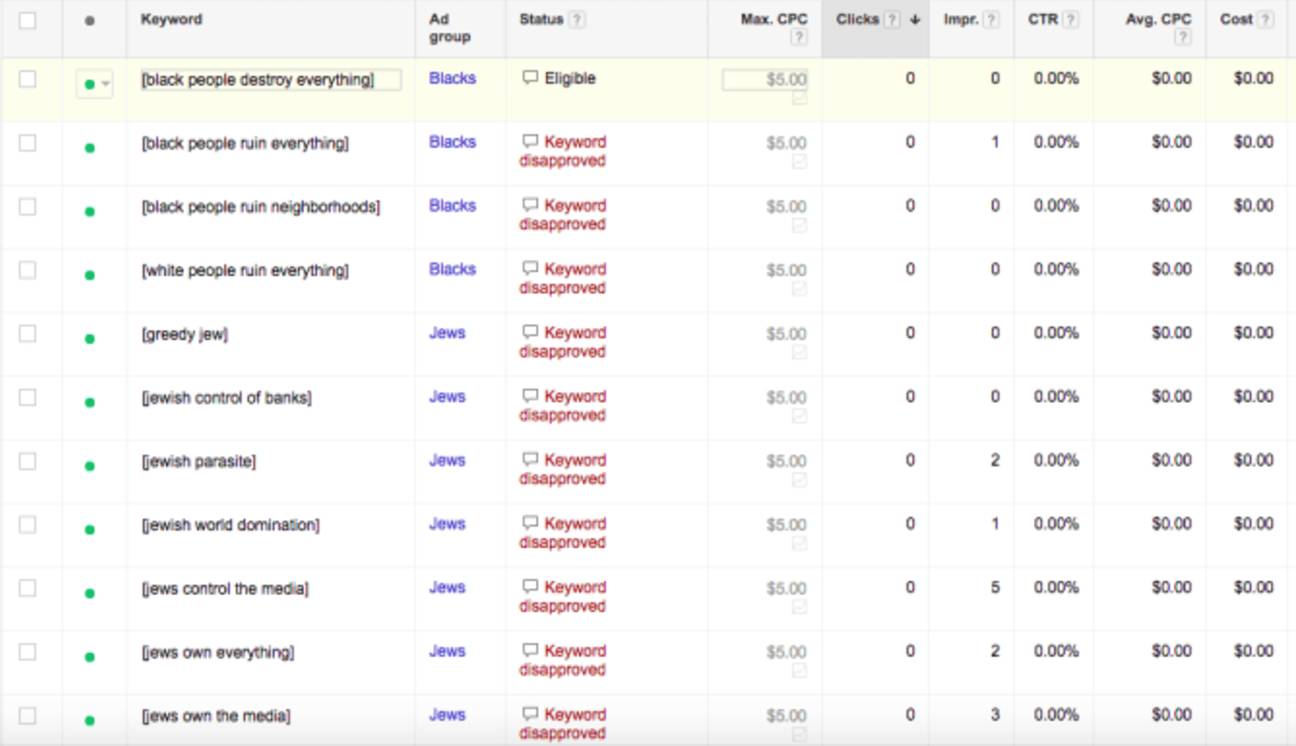 It was also revealed by ProPublica

You can use settings to advertise to hateful Jewish users

Because there were about 2,300 people who showed they were right

“History of 'why jews ruin the world.'”

(On the history of "Why The Jews Destroyed the World")

These topics are of interest 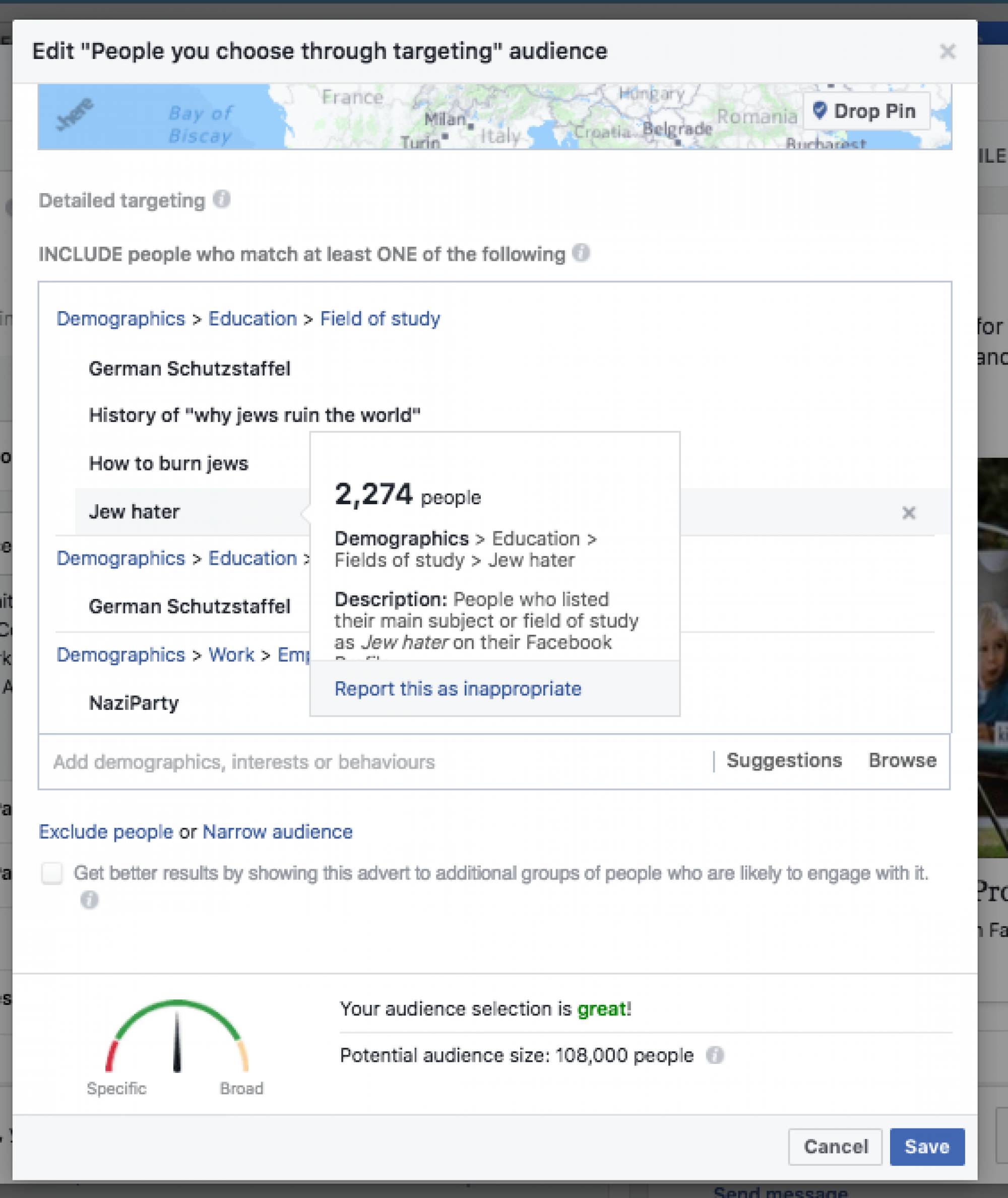 Target groups can be selected according to race

And that's prohibited by federal law

If the problem with the above two is that the posts haven't been deleted.

So.AmazonToday it's too fast to delete.

It's Hillary's new book, What Happened. 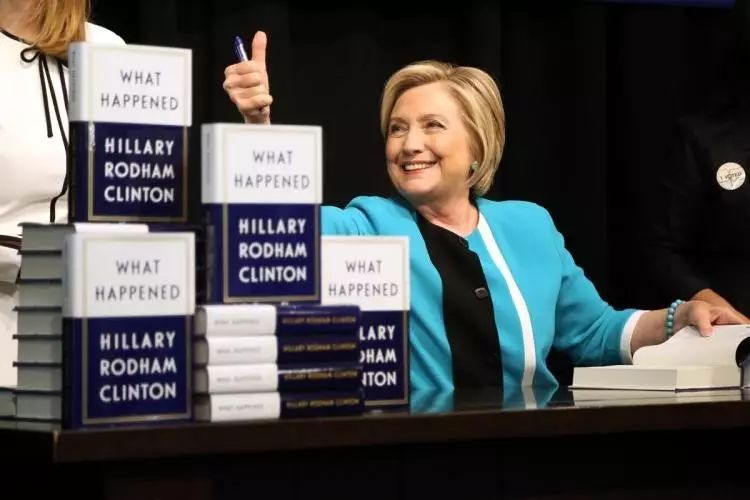 After the book was on the shelves on Tuesday

It received 1,500 comments On Wednesday morning

How long does it take to feed this? Did you finish reading so soon?

But there were 338 comments

Users who purchased this book on Amazon

These comments are directed at the author himself, not at the content

What's more, it's a political battleground with commentary

Amazon has seen a lot, and it's been through a hundred wars

So Amazon deleted a lot of comments

But it worked quickly, with the score rising from 3.2 to 4.9 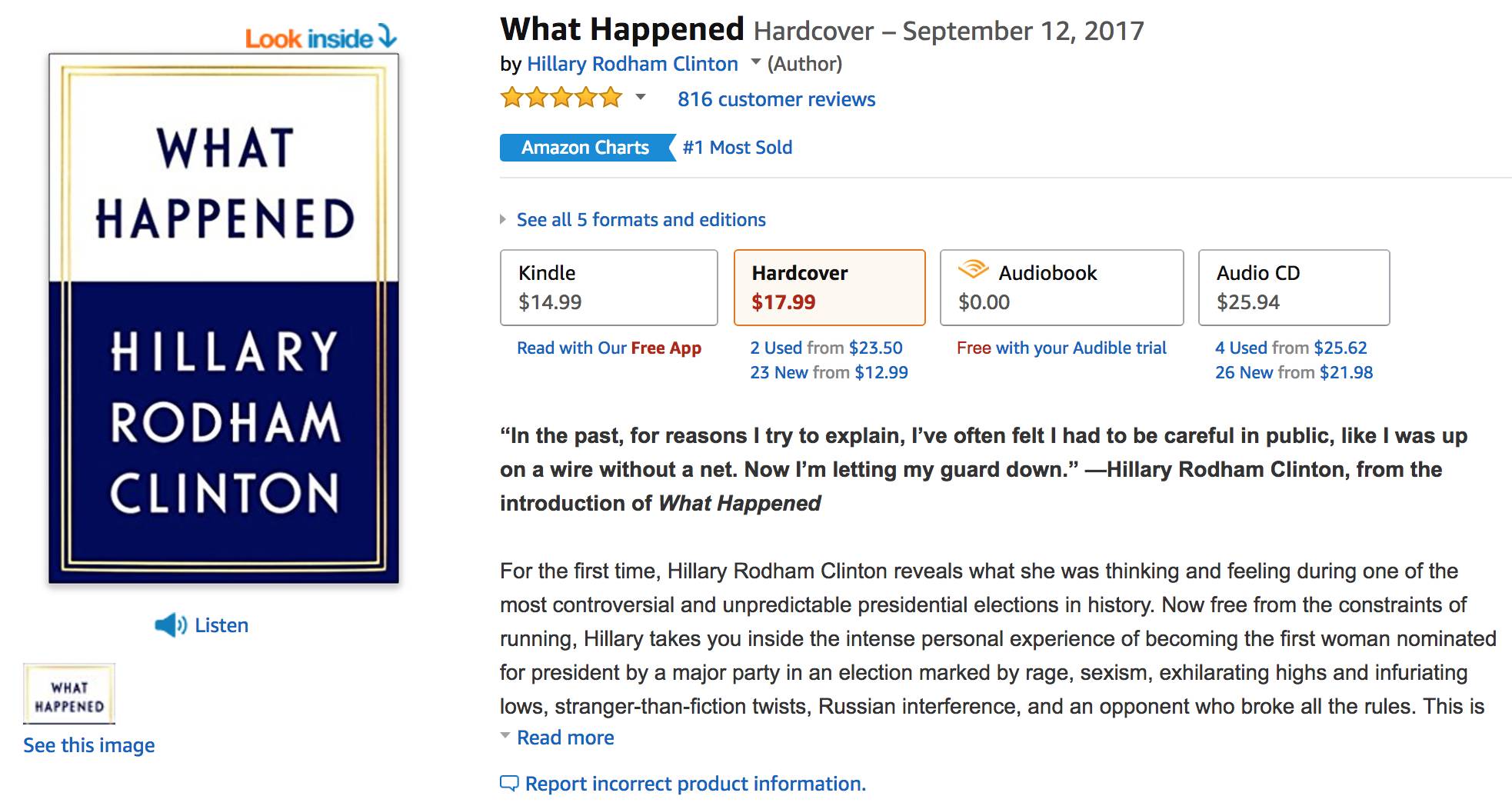 An Amazon spokesman said the deletion mechanism was targeted

A short period of time, a large number of comments unrelated to the product itself

That's what we're familiar with.

It's also a lot of talk

We all agree that these hateful people shouldn't find it so easy to organize, advertise, and promote their views to others, but I still don't think we should censor them. White supremacists were initially banned from advertising, but are likely to eventually expand to prohibit peaceful anti-government rallies or political petitions against the provisions of a law

The algorithm takes into account various variations in input phrases, such as"Non-white people have some kind of negative behavior."。 If you think about how this algorithm works and estimate how many possible these negative phrases are, you probably know that the task that BuzzFeed throws out is almost impossible

The person who searches for these words is not necessarily a racist. Surely half of them just want to know what went wrong with the people who thought so... I've been searching Google for nine hours on why people hate Jews, but it doesn't make me an antisemitist...

The more I know, the more I despise (racists), and I don't think their views are persuasive, nor do those who can be persuaded.

In addition, I am curious, in addition to BuzzFeed, who will take the initiative to put these keywords?

So, what do the melon eaters think of these things?

Welcome to the First Madness 👇 code-👇 or search id:uscrazyteam

What is a Google Shopping ad? (There are benefits at the end of the text)
Google cracks down on video insertion ads: private but still worth cheering
Dry Sharing: Marketing Tips for Google Search Ads!
Google is charged! Copying digital advertising technology infringes six patents on small companies
Google . . Ad keywords and documents - important factors that influence your ad ranking