Google is going to play big this time around, and according to a new blog post, Chrome will block the following types of "bad" ads starting February 15, local time.

2、Cover the full screen and display the countdown timer.

4、Ads that can't be turned off.

5、Pops up and covers part of the screen.

According to foreign media CNET, advertising is Google's economic lifeblood, but from February 15 U.S. time, Google Chrome will block online advertising. In fact, Chrome doesn't block all ads, nor does it block ad tracking software. But Google's new initiative has reduced the number of ads pushed by 42 percent of its websites.

Hundreds of millions of users have already installed plug-ins in Chrome that basically block all ads. With the new measures in place, Chrome is likely to block far fewer ads than these plug-ins, but Google's move is significant. This browser dominates the PC and mobile browser markets. Chrome contributes about 56 percent of web views, according to StatCounter, a research firm.

Google's website product manager, Ryan? Ryan Schoen, chief economics, said the ad-blocking feature was designed to help websites remove shoddy ads that were too attractive. Google's move has paid off: about 42 per cent of sites it has warned about have removed ads that may not meet the Better Ads Standard. This includes the official websites of the Los Angeles Times, Forbes and the Chicago Tribune.

"We hope that the Internet will promote the growth and profitability of the advertising companies, while also allowing users to have a good online experience," Schoen said. We want to restore balance to the website ecosystem. "

Online advertising allows sites such as Google and Facebook to make money so users don't have to pay subscription fees, driving the internet and helping some sites gradually take over a huge number of users, such as Facebook, which has more than 2 billion users. But as the saying goes, there's no pie in the sky. When people find out how much free sites cost users, they start to show strong opposition to advertising.

Advertising has too many negative effects. They slow down the site and drain the phone's power. It also tracks users' network operations, builds user basics, and pushes ads that match users' interests. They can distract users and can even become a way for hackers to launch attacks, or turn devices into tools for others to earn electronic money without the user's awareness.

How will Chrome adjust?

At least for now, Chrome's ad-blocking feature doesn't solve most of these problems, and it's just the first step google has taken to block what the Alliance for Better Ads defines as "abominable ad push."

Chrome will block the following ads:

2、Cover the full screen and display the countdown timer.

4、Ads that can't be turned off.

5、Pops up and covers part of the screen.

Google will publish an article explaining the ad blocking feature. But Google also allows users to cancel the feature.

Google analyzes websites and warns them if the ads they push are too intrusive to users. If the site is not corrected, it will be blacklisted. Chrome will block all ads on blacklisted sites until their ads meet the Merit ad criteria.

Google's drunkenness, however, is not about cleaning up ads.

"Would it be better if we blocked ads on every page?" says Schoen. Unfortunately, no one 'pays' for the content users browse, and the content of the site slowly decreases until it dries up. "

Adblock Plus's head of operations, Ben? Ben Williams, Google's chief executive, says Google's criteria are to remove only excessive "trickle-down" ads that affect the browsing experience. Eeyo's Adblock Plus is a well-known ad-blocking app that has received funding from companies such as Google. If a user chooses not to block, it can unb?block certain ads.

But some products in the browser world are getting tougher on advertising technology.

Mozilla co-founder Brandon? Brendan Eich founded Brave Software. One of the company's browsers blocks all ads and ad tracking software by default. In the coming months, the company plans to adopt new technologies that will keep ads pushed according to user preferences while protecting user privacy from being blocked. Apple is restricting ad tracking in Safari. Firefox offers the option to turn off ad tracking.

Andres Andres, technical project manager at the Electronic Frontline Foundation, said: "It's a very good time for us Andres Arrieta says Chrome blocks not ads that are too annoying. This is not surprising, as Google's tracking technology is widely used.

"It's a dilemma for Google, should it protect users or protect the lifeblood of making money?" said Arrieta. He recommends that users install apps that block ads and ad tracking, using sites that push ads based on the site's own content, not the user's personal information.

Ad blocking is already a threat to advertisers. PageFair reported in a 2017 report that about 615 million devices are using ad-blocking technology. PageFair's business is to help advertisers bypass blocking software.

The younger the user, the more likely they are to use ad blocking. And these young users are exactly what advertisers want to deliver accurately.

Deloitte, a consulting firm, conducted a survey of users in North America. Kevin? Kevin Westcott, chief executive, points out that "31 per cent of users are currently using ad blocking software. The proportion of users aged 20 to 33 climbed to 45 per cent. "

Ninety percent of those who use blocking technology just want to get rid of all ads, about 85 percent to speed up the network, and 76 percent to keep their privacy safe.

This is a terrible vicious circle.

Deloitte wrote in the report:

As traffic increases, revenue per click decreases and the number of intermediaries earning commissions increases. In response, the site had to push more banners and video ads. Hundreds of millions of users are tired of using ad-screen software, and users who don't block ads will be bombarded with more ads.

Some websites are struggling to cope with these changes. The Washington Times and The New York Times websites are already following Wall Street's "paywall" initiative of requiring users to pay subscription fees.

Wired, the technology magazine's website, has just implemented a "paywall" policy after it blocked users from using ad-blocking software. Salon, an online news site, is experimenting with a new policy that exempts ads as long as users agree to allow the site to use its browser to mine e-money.

Faced with this complex situation, can Chrome come up with some different fixes?

Chrome, for example, has implemented a feature on advertising-induced security concerns that try to warn users that a website they're about to visit could be attacked. Mr Schoen said the higher ad safety factor was a new direction Google might be trying to crack down on advertising.

"Google's ad blocking feature in Chrome on February 15th is only the 'first step' and it's going to be a long journey," Schoen said. We will continue to take steps to create a better user experience. "

Enter m to get the articleDirectory. 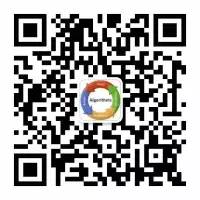 Depth: Traffic surges, ads drop sharply, how's Google doing in the outbreak?
Google has found that in-screen advertising has a serious impact on the mobile user experience
Avoid these mistakes when running ads, effectively boosting Google Ads conversions
Alphabet's reshuffle has been accused of not changing drugs for a year, and Google advertising remains at the heart
How will blockchain disrupt Facebook and Google's advertising business?