The following article is from TechCrunch China Author TC 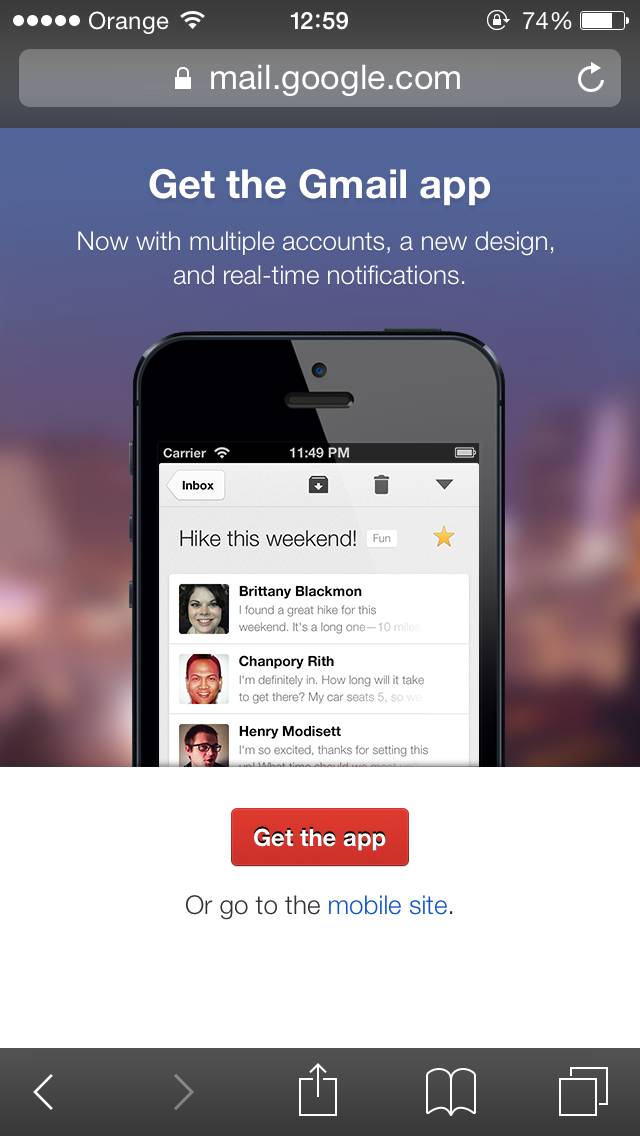 Interstitial has a negative impact on the user's web browsing experience by urging people to download native apps. So how disgusted are mobile users with in-screen ads? According to a Google study last July, the overwhelming majority of users are disgusted with in-screen ads. Using the findings and common sense of this study, we can analyze and compare the goals of mobile computing devices (speed and convenience) with the adverse effects of on-screen advertising (slowing down and distracting).

Google just talked about the results of the study in a blog post, saying it found that almost two-thirds (69 percent) of users had abandoned the page entirely because of the presence of in-screen ads on google-plus social services - neither downloading the Google Plus app nor planning to visit its mobile site - which Google blamed on growing friction between users and companies.

Google, on the other hand, found that 9% of people who visited the Google Plus in-screen ad page ended up clicking the Get App button. While this click-through rate may sound high (for example, compared to online ad click-through rates), Google points out that those who click "Get apps" already have apps installed. Otherwise, they may never track the app and download it. So, at most, this is just a big discount on the success of the signal.

In addition, many mobile users are likely to simply miss the Get Apps button, many of which are much bigger than the "to mobile site" link button. As a result, most users were outraged when they saw the Google Plus in-screen ad, and they reacted most strongly to it.

It's worth noting that Google's research is small because it only looked at the performance of in-screen ads promoting the native apps of Google plus Social Services (we don't know how many people took part in the survey). It's likely that users really don't want to download the Google Plus app , which in itself has called into question the authenticity of the data. (Unfortunately, Google doesn't provide data to compare with Gmail app in-screen ads, so we can only guess.) )

Google did say it had done a follow-up experiment, replacing the Google Plus plug-in ad with what it called a "smart app banner ad" - a mildly disturbing way to continue promoting the native app. Surprisingly, this gentler approach performs better, with a 17% increase in the number of daily active users of the Google Plus site.

Google also said that according to the company's assessment, the installation of the original app for Google plus iOS was the "least affected" and that the installation rate had dropped by only 2%. (Android users already have the Google Plus app pre-installed, so they can only measure the iOS version of Google Plus.) This may be another reason native app ads anger most users; after all, who wants their experience to be constantly disrupted by developers of the same app? After all, the company has installed the app on your phone in advance. )

Google said it had decided to permanently stop running Google Plus in-screen ads as a result of the study. Still, Google hasn't given up on all its on-screen ads. For example, every time I have to re-register my TechCrunch Enterprise Gmail mailbox to access my work email, I still need to click once more to see what I want to see, because Google always shows users in-screen ads promoting the Gmail app. For corporate device management policy reasons, I really can't use the app, I can only access mobile sites. So it was a waste of time and I had to log back in every time.

Google's research into Google Plus in-screen advertising is more interesting in terms of the data it produces, but it highlights an ever-lingering challenge of how to deliver arbitrary ads on mobile devices without infuriating users. The study also suggests that Google is looking for ways to reduce the "friction" between mobile advertising and users.

You should expect Google to think about it, because its business model is based on ad click-through rates. Google certainly doesn't want to transition from desktop to mobile computing, and ends up acting as if on-screen advertising is holding back the flow of advertising revenue streams.

Google has found that in-screen advertising has a serious impact on the mobile user experience
Up to 200 words, currently totalWord.

Alphabet's reshuffle has been accused of not changing drugs for a year, and Google advertising remains at the heart
How will blockchain disrupt Facebook and Google's advertising business?
It turns out that Google was regulated when it dabbled in medical advertising
"The Lion": Google Maps movie version of the ad, or lack of good kind of...
He built Google's advertising and mapping systems and is now CEO of Cancer Early Diagnostics