Can these fees be recognized as advertising costs? Read the key to the investigation of illegal advertising cases on the Internet

After the implementation of the new Advertising Law, the number of illegal advertising cases received by the grass-roots market regulatory authorities has increased unprecedentedly, and the determination of advertising costs has become one of the difficulties in handling such cases. This paper starts with law enforcement practice and national accounting system, and discusses the related problems of advertising expense identification.

A Bureau of Industry and Commerce B company's self-built enterprise portal to promote the sale of a health care products related to the treatment effect of illegal advertising content, because the advertising site by the company's own construction and maintenance, the construction of the station cost 500 yuan, and finally A Bureau of Industry and Commerce will build the station cost 500 yuan as advertising costs, and give penalties. Similar fees include space rental fees, WeChat public number annual fee, etc.

An analysis of whether it can be identified as advertising costs

With regard to case II, the advertising expenses produced by the aforementioned internal employees are as follows: First, they belong to the evidence of stakeholders. The employee is hired for the parties, has an interest in the parties, and the confessions and supporting materials provided by them are of low credibility and insufficient proof. Second, the lack of evidence collectible, unless the company does not pay the guaranteed wages and the implementation of a contract to calculate wages, otherwise can not be collected, on the grounds that the vast majority of enterprises exist basic wages, this part of the wages can not be calculated into specific tasks, but can not directly and any work tasks to draw a line, and therefore can not be amortized into specific advertising design. Third, from the accounting collection, the payment of wages is not included in the "sales expenses - advertising costs." Therefore, it is not appropriate to identify advertising expenses.

First, you need to answer the following three questions.

First, how many stages does advertising take from design to release? Commonly, there are the design, production, agency, endorsement, release and other stages mentioned in Article 2 of the Advertising Law. In addition, the most critical and necessary stage of advertising is publishing, if not published can not be identified as advertising.

Third, what is the premise of the calculation? The author thinks that the calculation should have three premises at the same time: First, the related costs are known. "If the scope of the design fee in Case II is known, i.e. not more than the salary income for the design period, the release phase fee is unknown, it is not computable as a whole." The second is to point clearly. The expenses spent or the advertising revenue obtained should clearly correspond to the specific advertisement. If the cost of building a station in case one involves a large number of advertisements, without directivity, it cannot be calculated. Third, assignable collections. For example, case II design fee involves work tasks in the base salary, which is uncertain and non-quantifiable, so there is no reasonable allocation method for collecting calculations.

Second, the following five aspects need to be judged.

First, see if the form of evidence conforms to the accounting system.

There is a view that many small and medium-sized enterprises are not built, so it is pointless to look at the ledger. In fact, it is difficult to ascertain whether there is no account or unwillingness to provide ledgers, and Article 68 (1) (4) of the Supreme People's Court's Provisions on Certain Questions of Evidence in Administrative Proceedings (Legal Interpretation (2002) No. 21) provides that the facts presumed by law can be directly determined by the court. The current accounting laws and regulations do not have any exemption from their bookkeeping obligations, advertising costs are no exception, so it can be presumed that the enterprise has built an accounting book to record advertising expenses of the legal fact, if no accounts are provided, it can be directly determined that advertising costs can not be calculated. For accounts provided, advertising expenses must be collected into the Advertising Expenses account under Sales Expenses and not in other accounts.

Second, see if the evidence is related to the facts.

Advertising expenses are one of the facts of the case, any relevant material obtained by the investigation is evidence, so it should also be consistent with the relevance of the evidence, advertising costs should clearly point to illegal advertising. The website construction fee involved in the above-mentioned case is directly related to the website construction, but it is not necessarily directly related to the advertisement, especially the advertisement updated after the site is built, and the station construction fee is not necessarily related, so there is no reasonable allocation rules to calculate.

Third, see if the evidence material is objective and true.

In practice, the author found that some small and medium-sized enterprises did not actually establish a complete accounting accounts, often according to the investigation to provide some receipts and other evidence materials, as proof of advertising costs, the regulatory authorities in the decision to adopt must be cautious. For example, if an enterprise provides a receipt for advertising expenses for 2016 and a contract to prove the cost of illegal advertising, but in the 2016 profit statement provided by the enterprise during the same period when it was double-randomly checked, the total sales cost is less than the number of invoices provided, then the authenticity and objectivity of this receipt, which is not an official tax invoice, is in doubt, and is less available and not suitable for adoption.

all the requirements of the law. One is to see if the subject is legal. The subject of evidence refers to the individual or unit that forms the content of evidence. If the subject is illegal, the validity of the evidence is in doubt. For example, a trading enterprise because it does not have advertising business qualifications, if there is no other strong evidence to support, its advertising fee receipt as the enterprise involved in the advertising cost evidence is untenable. Second, the form is legal. For example, whether the design contract entrusted to an overseas enterprise meets the requirements of extraterritary evidence. Third, the way of obtaining, procedures are legal.

Fifth, see if the evidence is stable.

The evidence extracted by law enforcement officials is mainly evidence such as tax invoices and contracts, because tax invoices have strict management systems and penalties, its reliability and stability is better, if there is no problem in the evidence "three", it is clear that it should be taken. However, if it is evidence like the one in case II above, because of the stakes between the employer and the employee, it is easy to collude, and the stability of the evidence is poor, unless supported by other evidence, otherwise the reliability is low, the stability is poor and it is not appropriate to be credible. 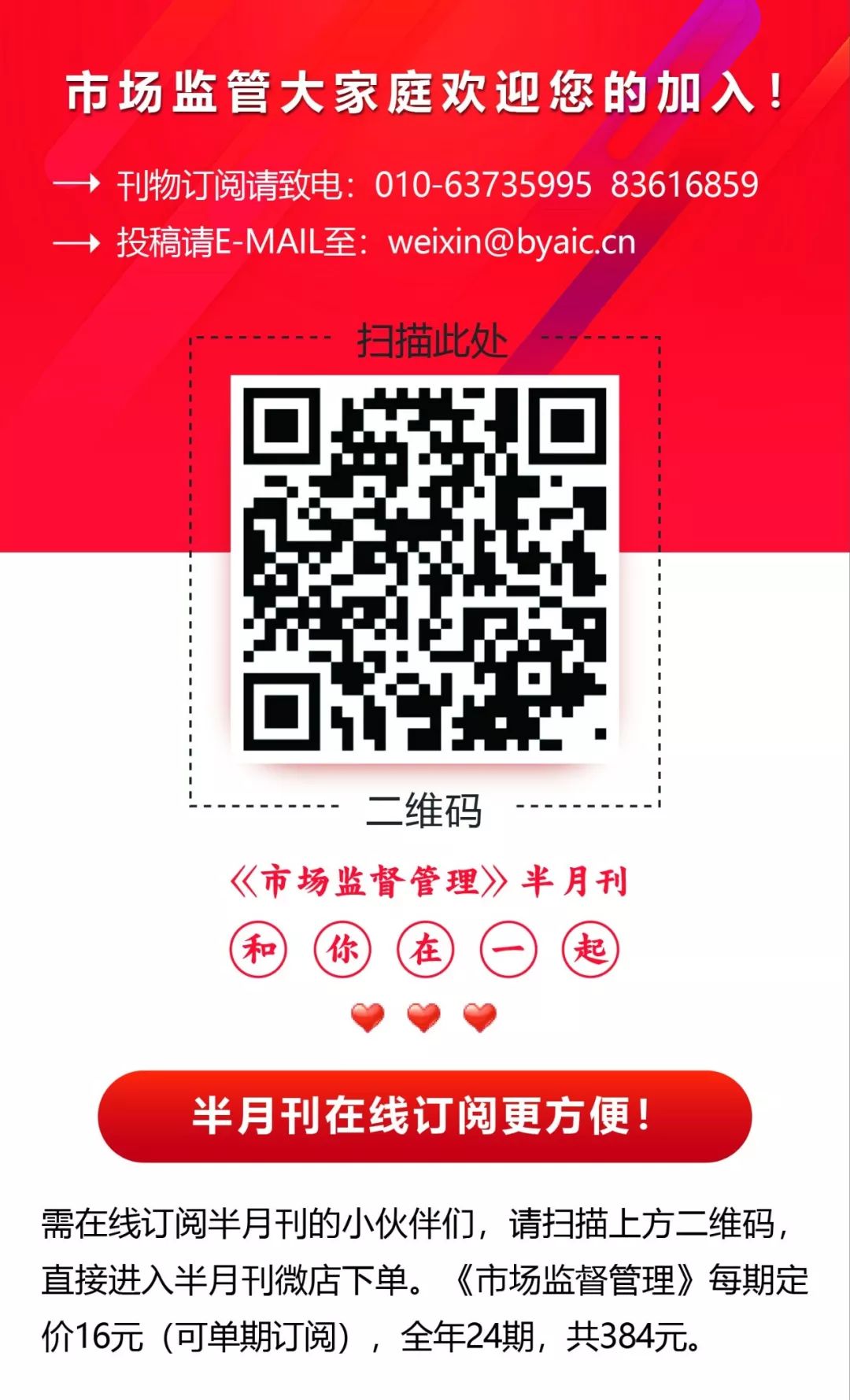 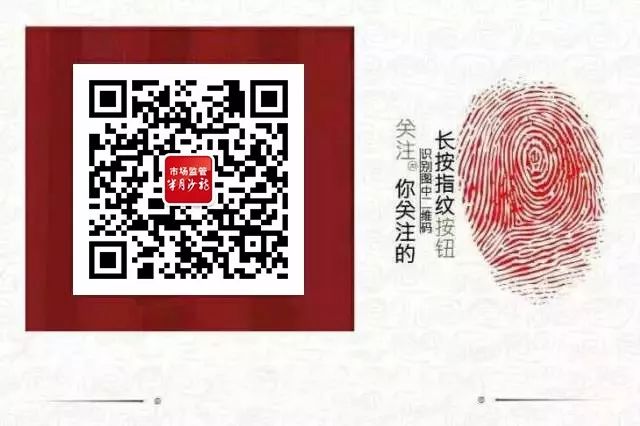 (1) Copy "micros signal or ID" and paste the search number in "Add Friends" to follow.

(2) Click on the "plus" in the upper right corner of WeChat, you will see "Add Friends" and enter "Find The Public Number",

Enter the name of the public number below and you'll find it.

Can these fees be recognized as advertising costs? Read the key to the investigation of illegal advertising cases on the Internet
Up to 200 words, currently totalWord.