A big advertising idea for a small grape

The effectiveness of an advertisement depends to a large extent on its creativity. Big ideas, even a short video ad, can make a big stir in today's market.

For example, the advertising idea of Yuha Cool Lulu, from a romantic love movie dating between men and women, but finally reversed into a straight-button brand-targeted sugar ads, "a fruity taste of fruit juice gummies." 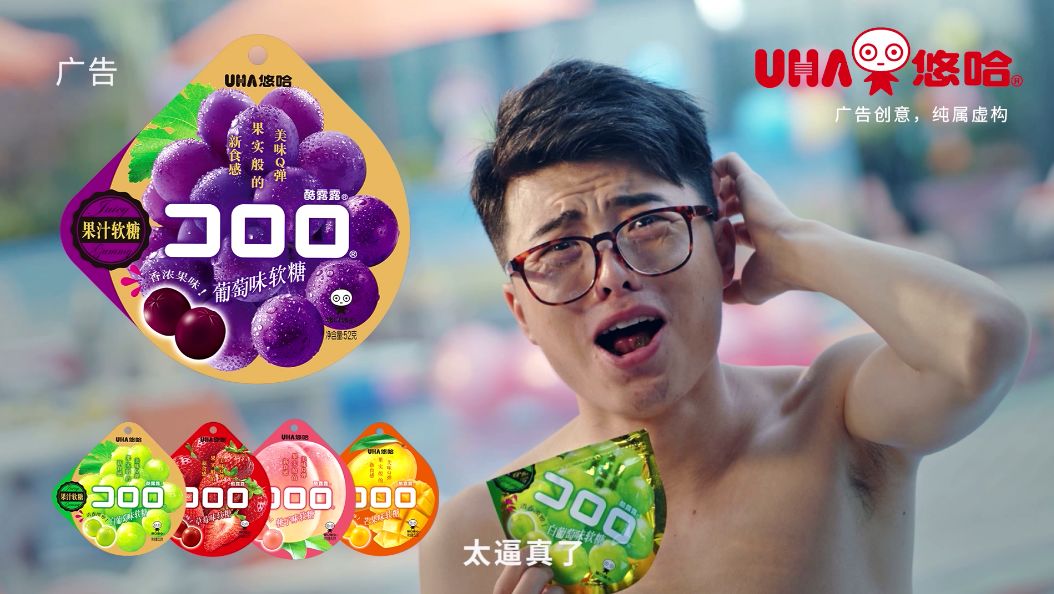 So what's so magical about Cool Lulu's video ads?

Kulu's consumer base is targeted at young people under the age of 30, so when considering the audience for advertising, it's also from a younger, more dynamic perspective.

Today's young people have experienced the Internet, their knowledge from all over the world, has a broad acceptance. They have no bottom line and stick to their principles, can accept superman without panties, but can't stand superman who can't save the world;

In addition to catering to the aesthetic of modern young people, the cool lulu advertisement also take into account the characteristics of its communication channels. As an Internet advertising, and paper media, offline and other dissemination is different, if the rigid set of traditional advertising methods, will be counterproductive, so cool Lulu for advertising video content has also made adjustments to adapt to the Internet platform.

Accurate targeting of your audience, good adaptation to the way you're spreading, inspiration from a little muse, big advertising ideas.

1
The video is short and sharp, with one poke in the eye

The Internet has brought a fast food culture that allows you to get relevant information quickly and efficiently. And the information on the network is cluttered and divided, often is a flash. As a video ad, it needs to catch the eye of the audience in a very short time.

Cool Lulu's video ads are divided into four chapters: hotel, roof, pool, and restaurant, each with a length of about 30 seconds. An ad that tells a story in half a minute, an ad that takes two minutes to complete a narrative, and when you're browsing the web, your eyes have already made a choice for you.

The four-and-a-half-minute video conveys the same concept: "real" and sugar tastes like "a real grape."

2
Fit hotspots and walk in front of the Internet

In modern society, the relationship between men and women is an eternal hot spot, every second there will be a pair of men and women into love. Of course, not all hot spots can get the desired attention, in the absence of the trend to make corresponding changes to themselves, so as to have their own attention in a group of hot spots.

When shooting the advertisement, the relationship between men and women as an entry point, throughout, but it broke the inherent law of men and women from encounter to crazy love, every romantic encounter is a reversal of the comedy effect, in the hot spot play their own tricks, follow the hot spot but have their own personality.

3
The plot reverses, drops the festival and sticks to the sentiment

From the actor and actress candlelit dinner to the pool splashing, each reversal is a shock, again and again to break your "three views and festivals", the original "love can also talk about ah." This breakthrough reversal of the plot can catch the audience's eye at once, both drama and exaggeration, in the audience has not yet fully responded to the time has been deep into the bottom of my heart.

The audience will hold such doubts unknowingly watch the entire advertising video, the story is finished, the truth also understand, and this little grape is not already deep in your heart? 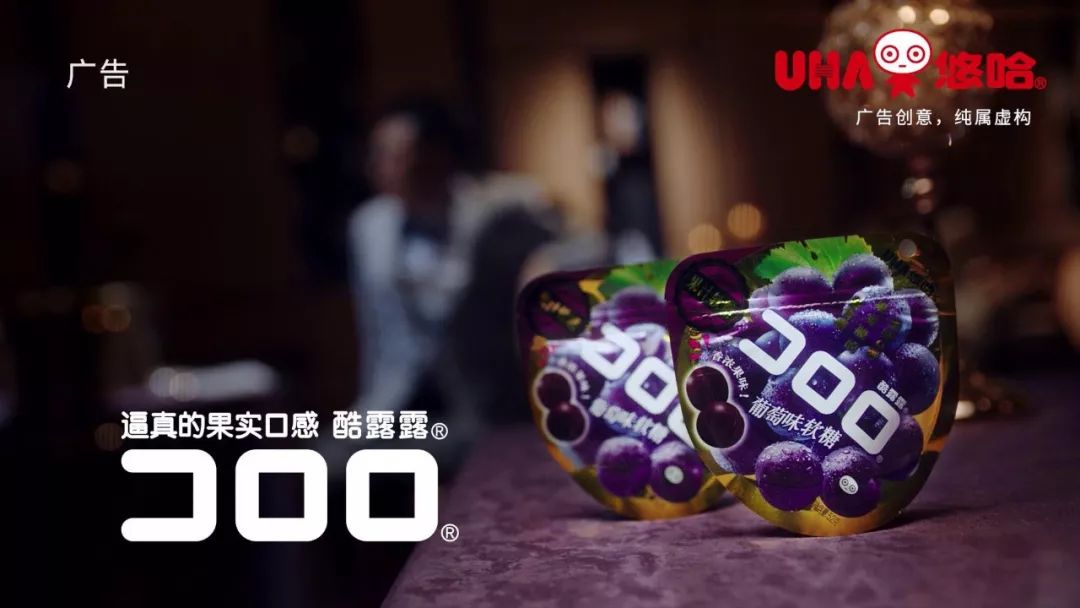 Yuha taste sugar cool Lulu advertising video is full of drama, with a little laugh but still adhere to the scale of the paragraph, can meet the aesthetic of the young people, full of personality and challenge unknown.

Of course, the most important thing is that the content of Yuha Cool Lulu ads in line with the current Internet video dissemination law, video short and sharp, hit the central point, close to the hot spot, but still be able to play their own style.

This is a small grape of the big advertising ideas, young eyes, walking in front of the Internet, there is a real grape-like taste!

(Please watch this video in wifi)

A real grape is not scattered with you

It is recommended to pay attention to the

A big advertising idea for a small grape
Up to 200 words, currently totalWord.