How many techniques do you master in creative design?

Advertising creativity is simply through bold and novel methods to create a distinctive audio-visual effects, to maximize the attraction of consumers, so as to achieve the brand sound wave communication and product marketing purposes. 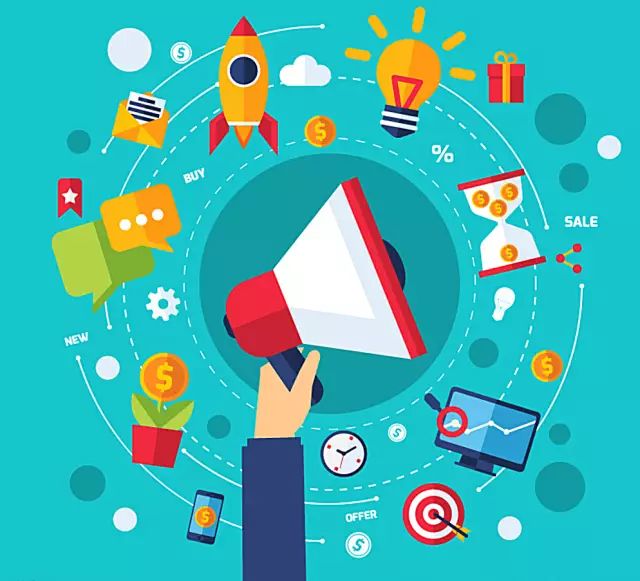 The editor-in-chief has sorted out 14 common techniques

Use a variety of ways to capture and emphasize the distinctive characteristics of the product or theme itself, and to make it clear, these characteristics are placed in the main visual part of the advertising screen or to be baked and processed, so that the audience in contact with the words of the screen is quickly felt, to its attention and visual interest, to stimulate the desire to buy promotional purposes.

In the advertising performance, these should focus on highlighting and rendering the characteristics, generally rich in personality product image distinctive special ability, manufacturers' corporate logo and product trademarks and other elements to determine.

The contrasting method is one of the most prominent expressions of artistic beauty, which tends to be opposing conflicts.The nature and characteristics of the things depicted in the work are expressed in sharp contrasts and direct contrastsBy doing so, the contrasts and contrasts, from the differences presented by the contrast, achieve the performance of concentration, simplicity, twists and turns.

Through this method more clearly emphasize or prompt the performance and characteristics of the product, to give consumers a profound visual feeling. As a common and effective expression, it can be said that all art benefits from comparative expression.

This is a very widely used expression. It.Show a product or theme directly and truthfully on the advertising page, and make full use of the realistic performance of techniques such as photography or painting.Fine carving and efforts to render the product's texture, shape and functional use, the product's exquisite texture fascinatingly presented, giving people a realistic sense of reality, so that consumers on the promotion of the product to produce a sense of intimacy and trust.

This method because of the direct product to consumers, so we should pay great attention to the combination of products on the screen and display angle, should focus on highlighting the product's brand and product itself is the most easy to impress the part, the use of color light and background for baking, so that the product is placed in an infectious space, so as to enhance the visual impact of the advertising screen.

Reasonable exaggeration is the use of imagination,Over-exaggerate certain aspects of the quality or characteristics of the object advertised in the advertisement in order to deepen or expand the understanding of these characteristics。 The writer Goerki points out that:"Exaggeration is the basic principle of creation."Through this method can more clearly emphasize or reveal the essence of things, strengthen the artistic effect of the work.

5Take a small look at the big law

In advertising design, the three-dimensional image is emphasized, made up, concentrated,To capture a point or a part of the original imagination to focus on the description or extension of amplificationto express the subject matter more fully.

This kind of artistic treatment with a little view of the comprehensive, small-sighted, never-to-full expression, to the designer has brought a lot of flexibility and unlimited expressive power, while providing the recipient with a broad space for imagination, to obtain vivid interest and rich association.

To see the big and medium", is the focus of advertising picture description and visual interest center, it is not only the concentration of advertising creativity and hair, but also the designer's unique arrangement, because it is not the general meaning of "small", but small and medium-large, to small and large highly refined products, is concise and deliberate pursuit.

A psychological phenomenon that conforms to the aesthetic law.In the aesthetic process through rich associations, can break through the boundaries of time and space, expand the capacity of artistic image, deepen the picture of the mood。 Through association, people in the aesthetic object to see themselves or their own experience, beauty often appears particularly strong, in the process of association caused by aesthetic resonance, the intensity of their feelings is always fierce and rich.

7It's full of humor

Humor refers to the clever reproduction of comedy features in advertising works.Grab the local things in the phenomenon of life,It is expressed through certain ridiculous characteristics of people's sexuality, appearance, and manners。 Humor performance techniques, often the use of funny plot, clever arrangements, the need for certain things, infinitely extended to the extent of comics, resulting in a full of fun, funny and intriguing humor. The contradiction and conflict of humor can achieve unexpected and reasonable artistic effect, arouse the viewer's smile, and play the role of artistic infectiousness in a unique way.

Metaphor refers to the choice of two different things in the design process, and in some respects there are some similarities,It's a metaphor for everything.The metaphorical thing has no direct relationship with the subject, but at some point it is similar to some characteristics of the subject, so it can be played by the problem, extended transformation, and obtained"Wan Quda"artistic effect.

Compared with other expressions, metaphorical techniques are more subtle and sometimes difficult to see at a glance, but once they understand their meaning, they can give people an endless sense of meaning.

9With the law of emotional support

The most direct effect of the infectious power of art is the emotional factor, aesthetic is the process of constantly communicating feelings between the subject and the object of beauty. Art has the characteristic of conveying feelings,"Emotional, no more than love."This sentence has shown the role of emotional factors in artistic creation, in the expression of the focus on the selection of emotional content,With beautiful feelings to bake the theme, true and vivid reflection of this aesthetic feelings can be obtained to move people, play the power of art infected peopleThis is the literary focus of modern advertising design and the pursuit of beautiful mood and taste.

In the way of performanceSo make a mystery, cloth under suspicion, make people on the advertising screen at first glance puzzled, resulting in a suspicion and tension of the psychological state, in the audience's psychology set off layers of waves, resulting in exaggerated effects, driving consumer curiosity and strong action, open positive thinking association, causing the audience to further explore the meaning of the ad is a strong desire, and then through the title or body of the advertisement to point out the theme of the advertisement, so that suspense can be lifted, leaving a memorable psychological feeling.

Suspense has a high artistic value, it can deepen conflicts, attract the interest and attention of the audience, create a strong feeling, produce fascinating artistic effects.

The choice of idol method is to seize people's admiration for celebrity idols, choose the idols worshipped in the eyes of the audience, with the product information to convey to the audience an advertising performance method.

In real life, people have their own worship, admiration or imitation of the object, and there is a desire to be as close to him as possible, and thusGet psychological satisfaction。 This method is precisely for people's use of this psychological characteristics, it seizes people's admiration for celebrity idols, choose the idols worshipped in the eyes of the audience, with product information to convey to the audience.

It's an innovative way of quoting, and it's not meant to use a new-for-old name.The world's general public familiar with famous paintings and other works of art and social celebrities as a humorous image, after clever plastic performance, so that famous painting celebrities have a sense of humor, to give consumers a new and strange visual impression and relaxed and pleasant fun, with its abnormal, mysterious sense to improve the advertising of the 耱 effect, increase the value of the product and attention.

This expression of the persuasive power of advertising, in a near-caricature of wit, make people praise, make you laugh, let you never forget, leaving a strange aftertaste.

The use of deformed exaggeration, with infinitely rich imagination to fabricate myths and fairy tale-like pictures, in a fantasy scene to reproduce reality, resulting in a certain distance from real life, this is full of rich romanticism, writing more than realistic expression, with the sudden appearance of magical visual feelings, very infectious, giving people a special feeling of beauty, to meet people's preferences for strange and changeable aesthetic taste requirements.

In this expression, artistic imagination is very important, it is a sign of the development of human intelligence, everything needs to be imagined, especially art. It is no exaggeration to say that imagination is the life of art.

Imagination is alive and well, from the beginning of the idea to the end of the design. Creative imagination is the beginning of the excavation of new meanings and the emergence and display of new images. Its basic tendency is to transform the experience aroused by Lenovo, and ultimately form a new image with the unique creation of the aesthetic person, which produces a strong force to beat the hearts of the people.

The continuous series method isMultiple images, different visions represent a theme, thus forming a complete series of pictures, the formation of a series of display can quickly make the image into people's visual memory of the advertising expression.

Advertising screen itself has a vivid visual image, repeated accumulation, can deepen the consumer's impression of products or services, get good publicity effect, to expand sales, establish brand names, stimulate the purchase of competitiveness has a great role. 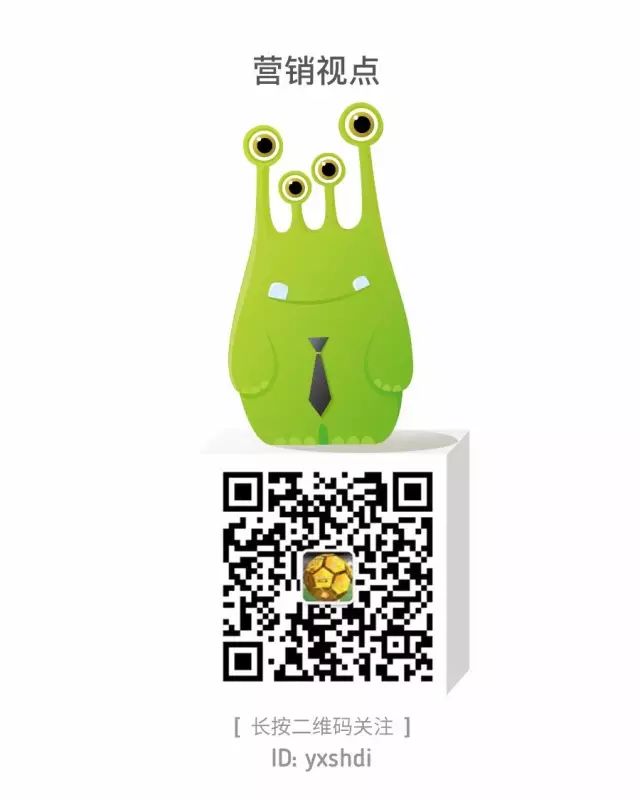 How many techniques do you master in creative design?
Up to 200 words, currently totalWord.