Each of us, as individuals in social life, will inevitably be labelled, for example, people of large size will be labelled obese, and programmers will be labelled as grid shirt lovers. For individuals, these preference tags are a convenient way to distinguish between others, while for Internet companies, user preference data is a resource for targeted advertising business activities. Of course, targeted advertising naturally satisfies user preferences, generates profits for the company, and facilitates users, but if the preference data used for business activities is sensitive preference data, this is an invasion of user privacy. In.2018Years.5In June, the EU proposed and implemented sensitive personal informationGDPR（General Data Protection RegulationThis white paper. And in2017YearsFacebookHe was fined millions of euros by Spain's Data Protection Commission for allegedly violating EU data protection regulations imposed by Spain. Implementation and implementation of the white paperFacebookThe dramatic one-year difference in penalties can't help but be teasingFacebookThe process of EU privacy protection has been promoted.

First, you need to knowFacebookHow to add a personal preference tag to a user. Preference labels come from six sources:

1. Preferences that users add themselves, such as nationality, school, age, etc.

2. The user is inFacebookactions related to certain preferences, such as blocking a topic, blocking other users, etc.;

6. Comments, retweets, likes, and other behaviors made by users are related to certain preferences.

Advertisers are based onFacebookAd management, the process of using user preferences to target ads is simple. Advertisers set their target users' regions and preferences, etc., published inFacebookAdvertising management system,FacebookAfter a successful push based on the advertiser's needs, a bill is issued for payment. When the preference in the advertising campaign is sensitive, the advertisement becomes a very serious violation of the user's privacy. It is worth mentioning that one of the researchers who carried out the study received itFacebookThe gay dating ad he pushed for found himself beingFacebookIt's labeled as a preference for homosexuality.

The second step is to use the method of manual classification for fine-grained screening.The research team was recruited12group members, who are researchers (teachers and doctoral students) with knowledge of the field of privacy. Each team member filters the results from the coarse granularity above (4452manual classification of random samples (1000To.4452preference range). Ask them to category each ad preferenceGDPRof the8classified as non-sensitive if the group member considers the preference to be non-sensitive. Follow most of the voting methods that the researchers eventually get2091sensitive advertising preferences.

Table.1 FacebookAssign users a percentage of the six reasons for preference 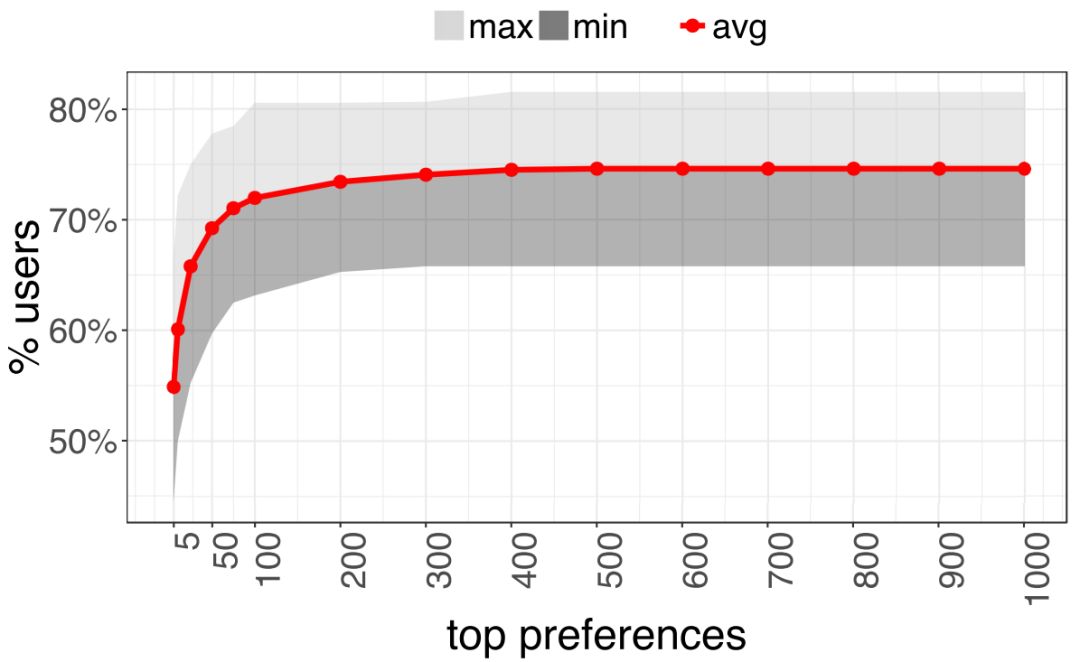 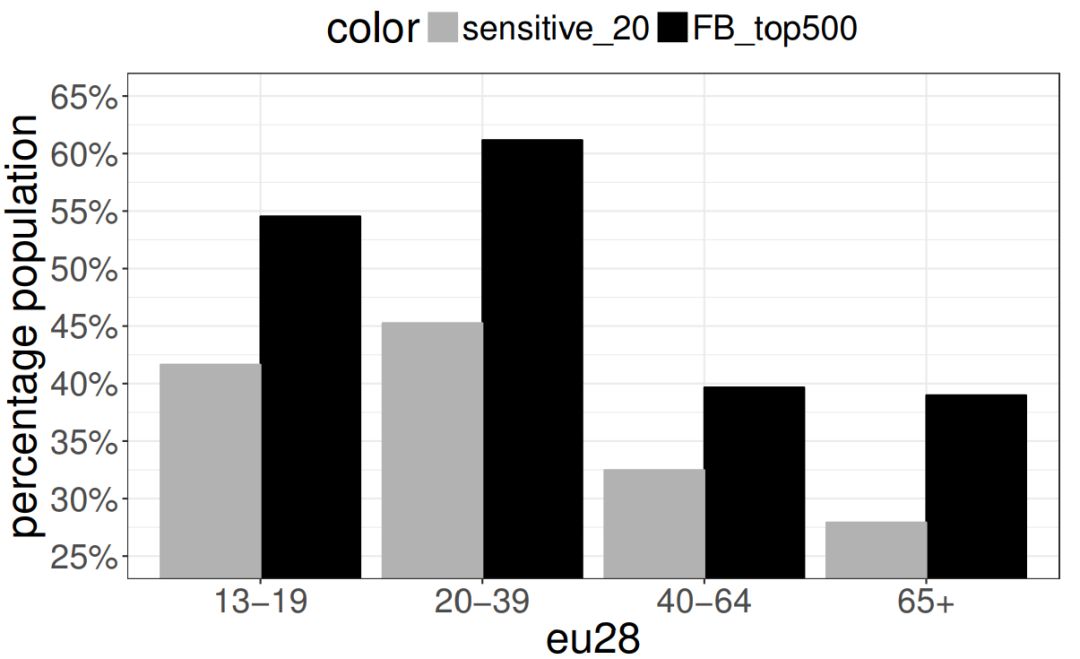 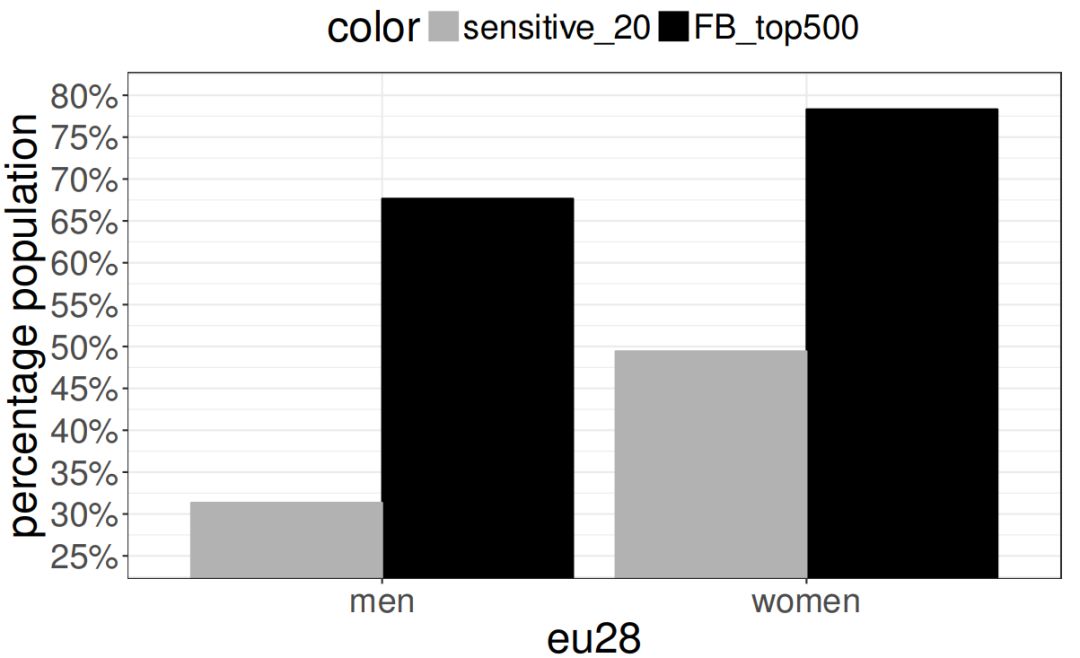 Finally, the researchers used it them themselfFacebookAd management system, did a real advertising campaign for sensitive information preferences. The researchers set the preferences of the target users to three groups of advertising experiments: religious (Islamic, Christian, Jewish, or Buddhist), political (anarchist, radical feminist, etc.), and sexual preference (bisexual and gay). The target user regions are Germany, France, Italy, and Spain. After the advertising demand was released, the researchers waited for several days and waited for one35euro bills, as well26458target user. Iron evidence, the success of the real sensitive information advertising experiment shows: at leastGDPRIt's really implemented2018Years.5Months ago,FacebookThere is a real use of sensitive information from users for business purposes. And based on the above statistical analysis, in the EU countries,FacebookViolations of the user's privacy are reached by the user73%。 There is great social harm to using user-sensitive preferences for advertising commercial activities. For example, a Nazi extremist group could passFBAdvertising management expands its organizational power by looking for ultra-Nazis in the way it advertises. For example, online fraudsters target user-sensitive preferences throughFBPost your own phishing ads to commit fraud. And related research shows that online fraud, there is9%the user will be hooked. Simple calculation of the cost of fraud, criminals take advantage of0.0147The euro can carry out a successful cyber fraud, converted into RMB but1Hair.6points, indicating that the cost of fraud through sensitive preferences is very low.

GDPRThe implementation of a certain extent to curb the large companies wanton invasion of user privacy sensitive data behavior, but can not completely eradicate the cancer. This.7Month.12DayFacebookIn the United States, the Federal Trade Commission was convicted of using improper practices to mishandling a user's personal information50$100 million in fines. It can be seen that the world's user privacy protection work still has a long way to go.

In order to better protect user privacy, you can consider the following two measures:

（1Design and develop a browser plug-in that automatically changes preferences based on the semantics of user preferences generated by browsing the web, such as generating opposite semantic preferences over original preferences, or replacing specific preferences with coarse-grained preferences;

（2When advertising is published, the website advertising management system can use certain privacy protection methods (such as differential privacy) to quantitatively disturb the target user preferences of ads posted by advertisers, in order to achieve the effect of protecting user privacy.

Uncover and quantify Facebook's use of sensitive personal data in advertising campaigns
Up to 200 words, currently totalWord.