These are probably the best Christmas ads of the year, and the average person knows only seven

It's Christmas, and it's time for the major brands to sacrifice their aesthetic strength - the "Christmas Advertising Contest" is officially on the go.

This year's competition is particularly hot, the brands do not hesitate to pay, please come to a lot of Oscar-winning directors, red-hot actors to help themselves. The truth is that their money is not in vain, and this year's visual feast is more extravagant and gorgeous than in previous years.Today, with you full of eyes!

When you mention Murakane, you'll think of his signature pattern, the Sunflower.Sunflower symbolizes the power of love, hope, peace, poetry and magic in the world.

This Christmas, Murakap and Shimura have teamed up again to launch a limited collection of pop-ups in an artistic way.

Inspired by the deep, dark winter night sky, the shimmering stars began to turn into a sun flower with a big laughing face, with brilliant colors flowing through the city streets.

Can the 2016 Christmas Limited Series of the Shimura Show reawaken your wonders and childishness?

The advertising story is simple.

The winter express train, which was delayed by a snowstorm, left passengers stranded for Christmas.

Adrian Brody plays the captain, who not only intimately prepares Christmas brunch for everyone, but also organizes passengers to decorate the carriages together, and finally everyone to have a holiday together in the car (so yes). Come Together Well, I don't know. 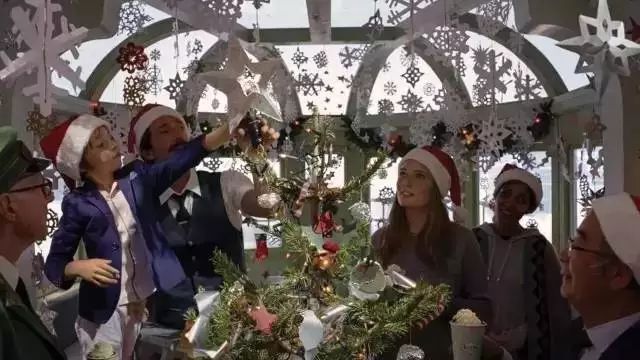 Wes Anderson is arguably one of the most "personal", creative and artistic directors in the United States today.

Although there are not many works, but each one is well-made. Perhaps the most familiar is 2014's The Grand Budapest Hotel, which scored the bean flaps 8.7and got it 9 Oscar nominations, best costume design, best makeup and hairstyle design, best original soundtrack and more. 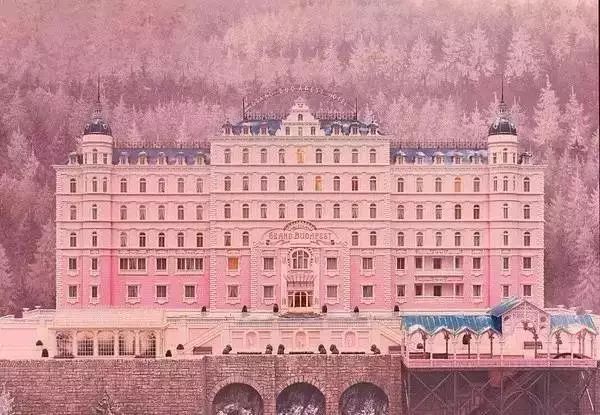 The ad he made for H.M. also completely continues the "Wee" movie style. Obsessive compulsive disorder-like symmetrical compositions, high contrast, high saturation color schemes, meticulous details, panning long shots, and even the seriousness of the actor's face are all remakes of The Grand Budapest Hotel. 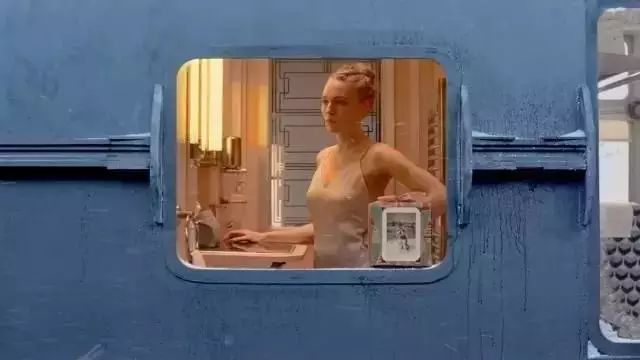 In the less than four-minute clip, everyone's costumes, the gifts piled up in the corners of the carriages, are all different family photos, and it's the detail-mad Wes Anderson.

In conjunction with the plot that took place on the train, the ad was a co-part of "The Grand Budapest Hotel" and "Crossing the Great Gilling" (represented by Wes Anderson). By the way, Adrian Brody, who plays the captain, has starred in both films. 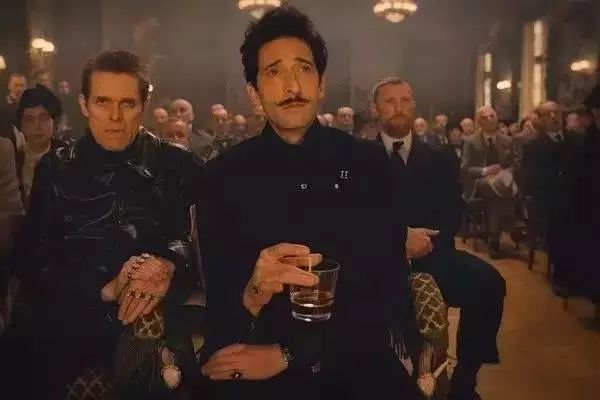 Although it was made like a movie, Wes Anderson didn't forget it was an ad. He borrowed the train aisle and let the characters go on a mini-fashion show.

The blonde was dressed in pink pajamas and a blue coat. Indian woman's patterned large shawl, short boots revealing red socks. Even the suit that looks like the most eye-catching old Japanese man, the suit jacket pocket also has a dark pattern. Textbook "Wes Anderson teaches you how to H&M The basic model wears a Webster aesthetic". 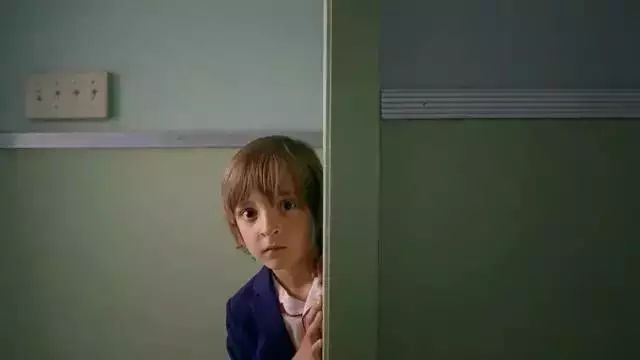 1000Make the most stylish movie trailer

Of course, it's not just this family that's looking for big directors to make films, british luxury brand Burberry H&M Most of them.

To mark the brand's 160th anniversary,Burberry A film was shot called "TheThe Tale of Thomas BurberryChristmas ad about its founder Thomas Burberry the legend.

The film is made byMatt Charman Creative, British power director AsifKapadia Directing, reproducing and embedding in an imaginary form the key historical moments that created the company's history and values.

The film's real-life reproducing plot includesThomas The process of inventing the waterproof fabric Gabbadian, designing costumes for the military, and installing polar explorers and pilots. The film was mainly filmed in Oxfordshire, England Shirburn The castle, which also carefully constructed scenes of World War I trenches, is also featured in the film Thomas Burberry Design studio and other environmental settings are drawn from archival historical materials. The re-engraved version of the Gabbadian tent used in the adventure scene is made up of Burberry Located in Yorkshire Castleford Workshop manufacturing completed.

He was a pioneer in Antarctic exploration and wore the innovative Gabba (Gabardine) Protective clothing made of fabrics, has three polar expeditions.

Lily James Play the pilot Betty Dawson。 The fictional character was born by a female pilot who had made great flight achievements Betty Kirby-Green inspired.Betty Had been in1937Driving"The BurberryThe aircraft completed its voyage between London, England, and Cape Town, South Africa, breaking the world record at the time.

It is reported that the shorter version of the clip will be completedBurberrydigital and social platforms, and shared and disseminated on online channels as well as on the hospital. A group of promotional ads for the actors and key scene images from the film will also begin running print and outdoor ads. AndBurberryThe holiday gift series will be released with commercial blockbusters, including classicsBurberryMen's and women's wear and home gifts are sold in stores and on the brand's official website.

Tell the story of an assanth person with a child

Last year Mulberry's Christmas ad, used Bayswater The bag, which tells the story of the birth of Jesus Christ, caused a stir when it was accused of desecrating the gods.

This year they've kept a lot of a low profile, in this one called It.s What's Inside That CountsIn the ad, a group of child stars are found to play the role of an assanthon, telling the story of a traditional British family's trivial life in the run-up to Christmas.

There should be video here, howeverWeChat only lets insert 3 videos, can only bother everyone to search for their own. 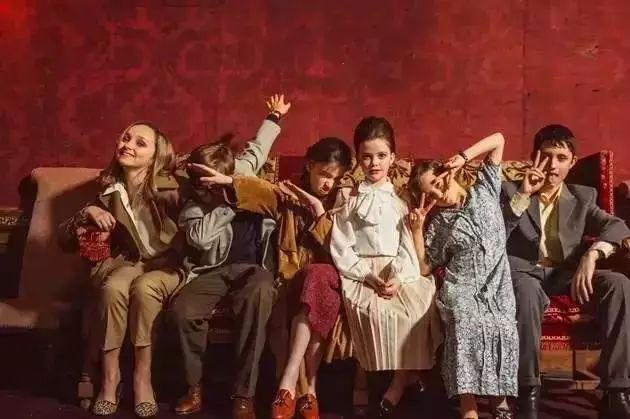 In the advertisement, the sister quarrels, the son secretly get married but does not know how to tell the mother, the mother is more because the unsothy son anxious.

Eventually, however, a Mulberry Bayswater was packed in wrapping paper and given to her sister, pointing out the theme - importantly inside. 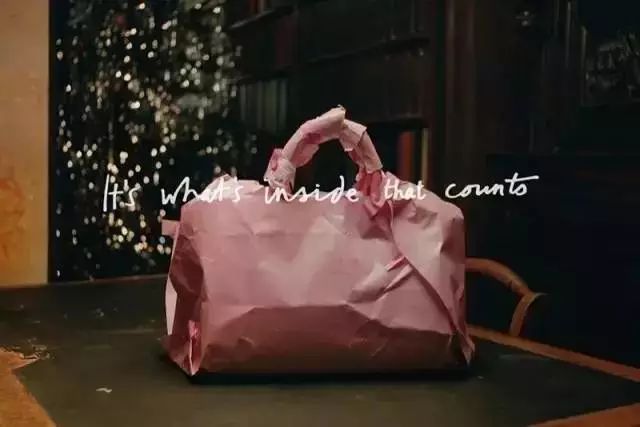 The quality of the ad is also film-level, inspired by Mulberry's creative director Johnny CocaThe script was written by the writer of The Grand Budapest Hotel Hugo Guinness Knife,Albert Moya Directed. It's only this year Mulberry Stay tuned for the first part of the Christmas ad, which will be a sequel later this month.

The little leopard is selling a plan to steal money

Naughty it chases a cluster of sparks on the road, then the spark turns into a little leopard, and then lights up iconic buildings around the world, looking pretty cute and festive. 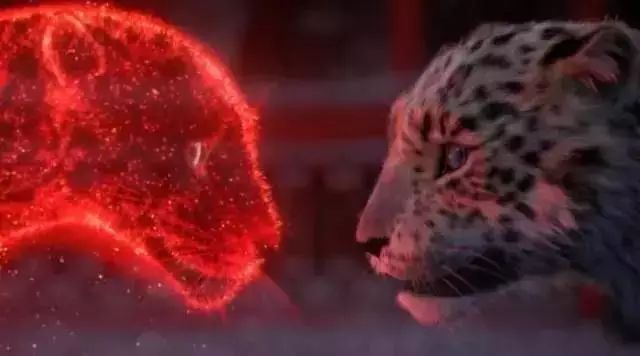 A warm Christmas for science geeks

This year's Apple Christmas ad is also quite heartwarming.The main character is frankenstein, a terrible-looking science geek, who limps to a small town in the hope of christmas with the people of the town.

He hung two lights around his neck and played his recorded song on the iPhone 7.

At first people were scared until a little girl first broke the tension and sang along with the science geeks, and then the town's residents gradually joined them. Science geeks have finally fulfilled their wish to have a Christmas that is no longer alone. 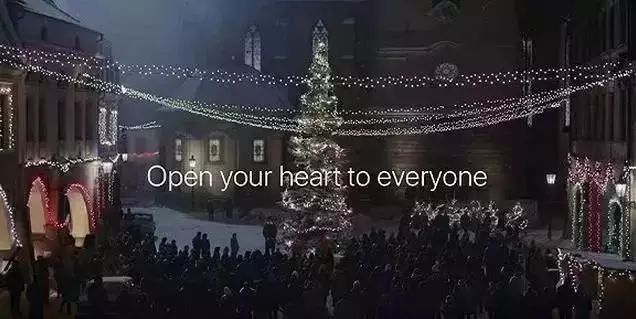 John Lewis's Christmas ad for British department stores is famous for its warm line, which is a boutique year after year and is what everyone expects every Christmas season.

The theme of this year's ad is "The Gift Everyone Loves." The main character is a little girl who likes trampoline BridgetShe has a boxer dog in her family Buster。 On Christmas Eve, her parents set up a trampoline for her as a gift, did not expect the evening, the small animals nearby are running to play trampoline, this scene by the dog in the eyes ...

To know what's going on, or suggest that you search the video to see, the name is called "Buster The Boxer"。 (I'm sure a lot of people have seen it)) 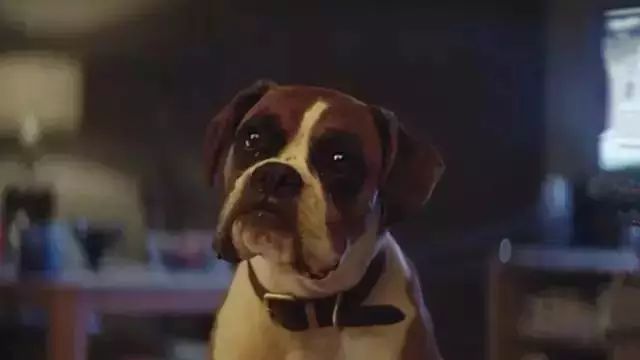 However, this one is called a million pounds John Lewis Christmas ads, in fact, received a lot of spitting grooves, many people said get Less than tears, parents set up a picture of gifts, "destroyed the children's expectations of Santa Claus."

By contrast, the Christmas blockbusters of M.S. Marks and Spencer have received more positive reviews.

In the short film, at his wife's advice, a little confused Christmas grandpa rides a sleigh out to give gifts. Then his wife found a missed wish letter, so the overbearing Christmas granny flew the helicopter herself and sent the gift to London.

After the delivery, if nothing happens to go home to sleep, completely hide Santa Claus in the drum. 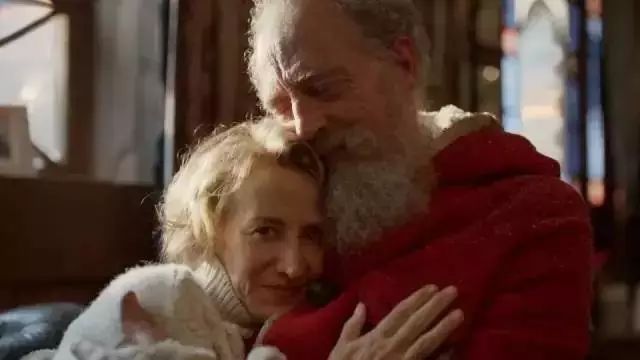 The ad, directed by "The King's Speech" director Tom Hopper and starring British actress Jenny McTier, is a Christmas present 007 The feeling of a blockbuster, that's cool! !I'd love to show you the video (bite the handkerchief) 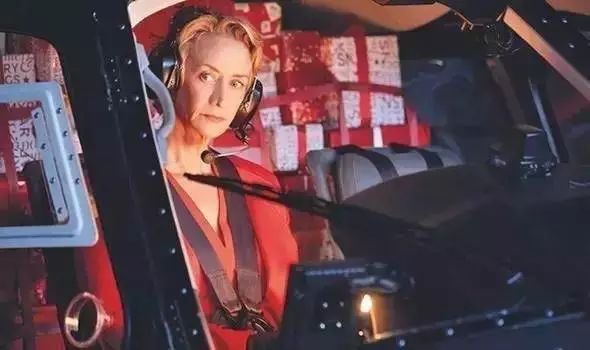 With so many Christmas ads from foreign brands, the last video spot was reserved for Huawei.

Huawei's Christmas ad launched overseasBePresentTell people not to miss out on reality because they play with their phones and tablets. Every New Year's Day remember to put down your cell phone and cherish the good times with your family.

The hero is a little boy looking forward to Christmas. The rest of the family was addicted to technology products, and the little boy was accompanied only by the dogs around him. 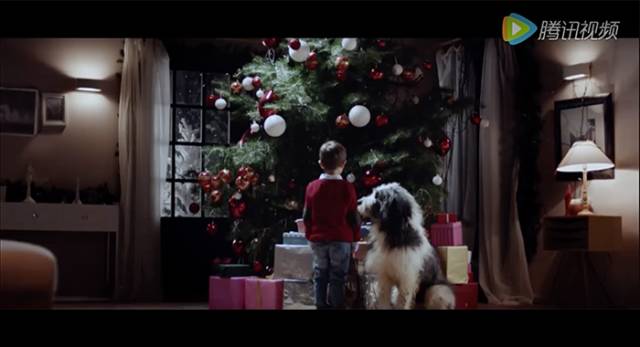 Mother is busy at work 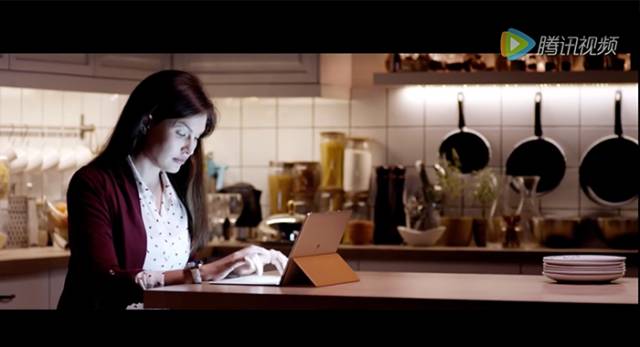 My sister is busy socializing 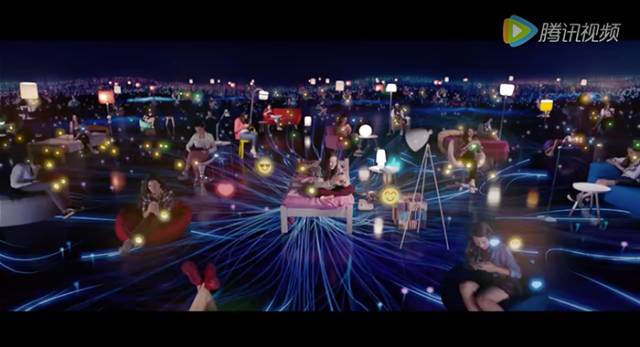 Dad is watching a football match 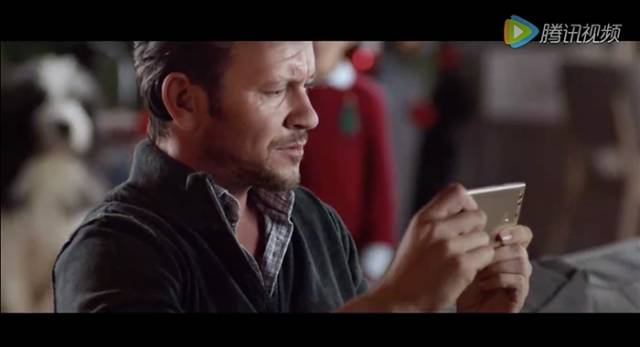 Only dogs can accompany themselves 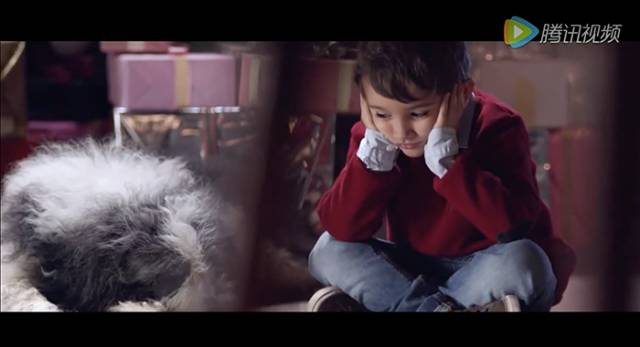 The little boy closed his eyes and made a wish for the Christmas tree, and the christmas atmosphere enveloped the whole town 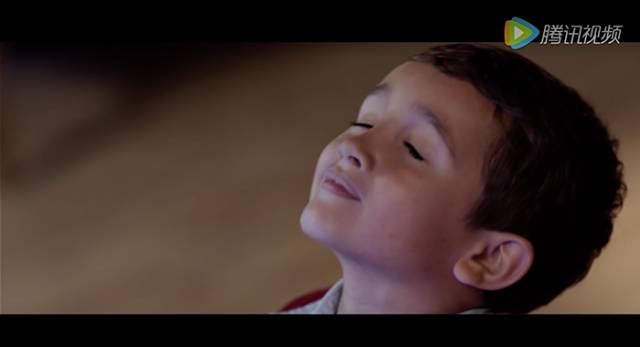 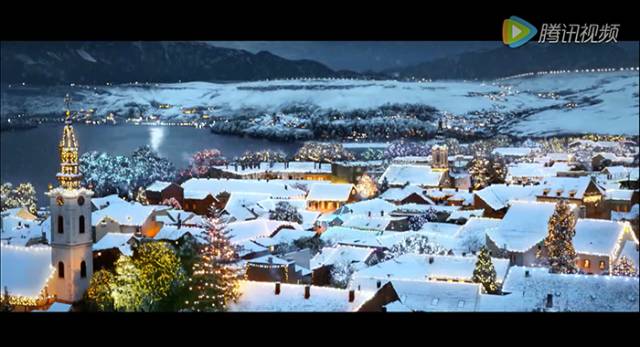 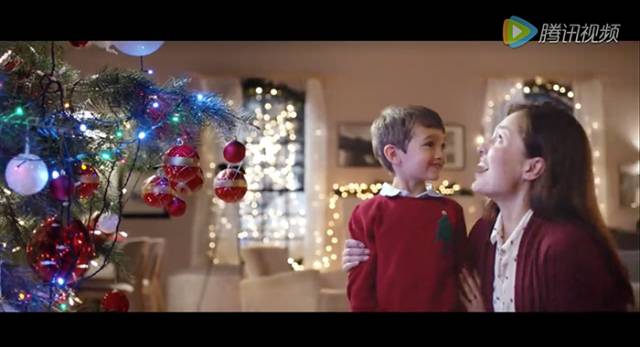 Finally played out this warm heart paper：Once a year, put your smartphone aside.

(Put your phone aside for the annual Christmas） 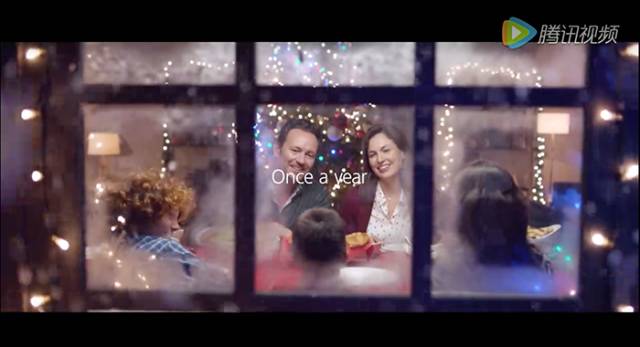 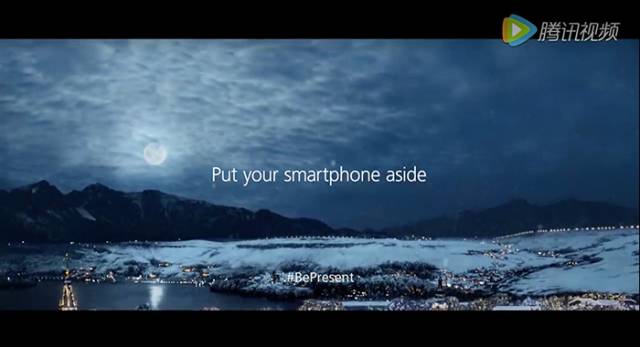 Accompanying your family during the holidays is the most important thing. Huawei's warm-hearted ads, emotional and technical products are heating up, in the winter to bring full of warmth.

Well, with so many great big-name ads, which one do you like best?

These are probably the best Christmas ads of the year, and the average person knows only seven
Up to 200 words, currently totalWord.

微信扫一扫
使用小程序
Cancel. 允许
Cancel. 允许
微信版本过低
当前微信版本不支持该功能，请升级至最新版本。
I know. 前往更新
确定删除回复吗？
Cancel. 删除
知道了
长按识别前往小程序
SHARE ON TwitterRedditTumblrEmailBufferLinkedInPin It
It's not an ad! The best cooking oil in the world is really clear
May be the best all-platform advertising guide, let you say goodbye to the trouble of advertising! ( Collections are highly recommended )