This proportion belongs to the top of big media and big advertising companies, thousands of people can only live.

All industries seem to be this phenomenon, on the surface, the essence is not,The attribute of media advertising is purely sales-oriented, and sales staff determine the company's value。

There's only one core topic at the ad circle party:Customers, customers, always introduce each other to each other。

All talk about class curing, class curing is an unsoptory proposition, enterprise is also, logic is human nature.

For example, a media company, when starting a business can break anything, but as customers slowly get up, curing will begin,

Customers are swept by the first batch of entrepreneurs, will be controlled, and later more and more difficult,After the recruitment of sales, are basically cannon fodder and walk through the field, because no customers to do.

Customers are concentrated in the hands of middle and high-level, all Chinese media companies are like this。

There will be a normal and abnormal phenomenon, no matter how many people are recruited,20% of sales control 80% of customers，

20% of the people are old sparrows, people who are starting to come in, it's hard for new people to squeeze into this group,Profitable, money earned, customers have performance input every year,

The exodivity of human nature is evident，No one wants to train new people, who will be selfish to protect the good three points, single-man fighting into the norm，

Back and forth thousands of new people, can not melt into this closed group, because of the interests involved,

In the advertising circle, once the interests involved than involved in the wife is also sensitive, because it is too difficult to do a single。

"The centralization of advertising costs, advertising sales is a disaster!"There are two explanations for the cost of this ad:

First, only rich customers can do advertising, because the media is too expensive。

Second, these costs are concentrated in the hands of high-level advertising sales, because there are too few customers。

As for the disaster, this is common sense, can not do a single, can not follow the customer, no performance, squeeze into the high-level,

Always mixed at the edge of the middle and lower levels, hungry, unable to eat enough, the bottom jumped from this company to that company,

And the people in the advertising world have only been there for 10 years,These 10 years go up, go up, don't go up, a lifetime will play soy sauce.

The scary reality is that 80% of advertising sales are in this state.

100 people rob a customer, too normal, this kind of tragedy only in the advertising circle,The tragic result is that human nature will be distorted, the ability to suppress the concentration of resources, people will endocrine disorders.

Advertising sales no one gives the next life a bottomWithout the welfare of civil servants, without the protection of institutions,There's no sense of security in manufacturing, no pride in the tech industry,

There is only one way out of buying a house, marrying a wife, having children go to school, and nursing for old age.To be a customer,

Only by being big customers, signing orders continuously, and getting a pay-off can they cope with these realities.

The state, society, the company will not control, the management is also the highest level of those people.

This anxiety, the exact words Shen Nanpeng threw to Luo Fat:"The big man is evergrande, the strong is strong!"That's not obvious in the advertising sales circle, it's cruel.

Now a new person into a media company, if not particularly resourced, basically no difference with death,

No one asks you to be a customer, no one gives you a client, no friends between colleagues，Monk more porridge less plate, who have their own customers and do customer experience, to protect the drip does not leak.

Meet a young man who has been advertising and selling for more than a year, in the company is basically running information,

No mistake, he didn't know what to do all day, he worked hard, but always felt that nothing had been done，

Some people say it's a must-go process for new people, it's all like this, it's a little different,

Today, the media resources are surplus, the world's customers are occupied,500 large customers contributed 60% of the advertising costs, the cost is so centralized, there is still a chance for new people。

Every country has oneAntitrust LawIn countries where the rule of law is not sound, it's all set-up,

Customers are controlled by the company's senior management, the following huge amount of silk sales can appeal? No way

Central media, mainstream TV, moving is hundreds of millions of tens of millions, are being taken care of by who,Is it silk, dream?

There is a sales often give me news, Chen general, give me a message to a certain big car customer,Want to try this customer, they have hundreds of millions of budgets this year, want to try their luck.

I asked him if he had a foundation in this client,What do you mean basic? Relationships add humanity，

He said no, but Tian Dao pay, I suggest he don't touch, it's not a matter of ability,is that first he can't get past his own company,

Trying to pry this client out of his leader's hand,Unless you can use powerful resources to deter customer bosses，

Otherwise, go and talk, the leader will say you're messing around,Jobs can be lost, and customers won't give you a chance.

Customer concentration, cost centralization, mass sales like headless flies in the effort, but many are useless，

It's all a problem in the advertising sales circle, is there a solution, or is it true that the advertising circle is completely cured,Add bricks and tiles to the solidification of the social class, no,

In this day and age, the media advertising world has the most opportunity to be subversive。

From the customer's point of viewIf the media prices are high, it can only be elephants that perform in the media,

These elephants don't represent the strength of the country's economy, and thousands of businesses need advertising.This shows that the customer market is huge, but the media price deviates from the market demand.

From a media point of viewThe less and less monopolistic media, the less innovative the monopoly, the more expensive,

And what customers need is four or two jacks, reducing costs and multi-channel is the real demand,What are the opportunities for huge ad sales?In the diversity and fragmentation of the media。

As costs fragment, more advertising sales have the opportunity to performTens of thousands, hundreds of thousands.

The immedy nature of the customer's budget increases the uncertainty of advertising saleshundreds of millions of singles,In the past, once signed, it was this signer,

Now it's different, breaking hundreds of millions,When you can invest, a lot of people have a chance to create results,Fragmented media is about creativity and content。

In the state of basic curing of large customers, the way out of advertising sales is not to rob these 500 customers,

It's about unleashing the value and talent of thinking, which is a way to solve the serious excess of advertising sales。

Only in this way can the ability of the individual be released, and it is possible to release a large number of people under the pyramid。

100 sales to rob a customer, kind, be a good person, character is a joke，

Let 5000 customers, have the opportunity to advertise, people will be kind,Because there is hope, there is a chance to survive,

It's not a big pot of rice, it's an advertising market to be big,There has to be more customers, more ad sales participation,Release to activateotherwise it's not about the industry's strength. 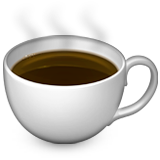 ● Since the awakening and redemption of the media

● Head of Market Brand in The Home Appliance Industry

● The previous generation is too shy, this world advertising

● Head of Marketing Brand in the Home Industry

● Why do outdoor advertising, will give people the feeling of old oil bars?

● The spread of not saving money for customers is a gimmick

● Major customers, who is the latest advertising person in charge?

● Advertisements are used to sell money, not for exchange 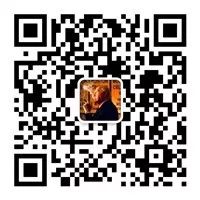 The centralization of advertising costs is a disaster for advertising sales
Up to 200 words, currently totalWord.