Social advertising is the mainstream of the future, and the high growth rate of microblogging revenue will become the norm 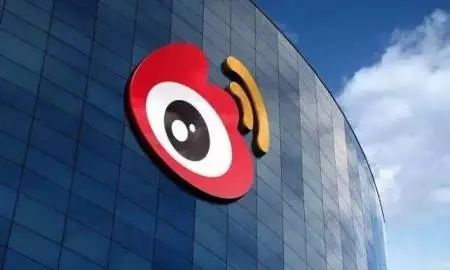 May is China's Internet company's earnings season, Weibo on the 16th released the first quarter of 2017 earnings, once again came up with a beautiful quarterly report, the number of users over twitter, revenue surge, share prices hit a new high.

As of March 31, 2017, Weibo had 340 million monthly users, surpassing Twitter as the world's largest independent social media company. Weibo's commercialization capabilities were impressive, with revenue of 1.37 billion yuan in the first quarter, up 76% YoY, net profit up 278% YoY, and net profit attributable to Weibo in the first quarter at $46.9 million, up 561% YoY.

Weibo's continued efforts at product innovation have paid off and have entered a period of sustained high revenue growth that, unsurprisingly, will continue for years to come. Video advertising revenue has become a new bright spot and a new growth engine for the micro-blogging content ecosystem, while microblogging has become a core driver of the mainstreaming of social advertising.

Social advertising is the trend, Weibo only need to follow the trend

In the era of mobile Internet, social networks occupy most of the online time of Internet users, WeChat, Weibo are traffic black hole, but also bring more close to the real society's interactive behavior. Whether from the traffic effect, or the user effect, social advertising will become the mainstream form of online advertising in the future, and micro-blog is precisely the driving force of the social revolution in the advertising industry.

China's social advertising share of the online advertising market in 2016 was 10 percent, compared with 28 percent in the U.S., according to eMarketer, a market research firm.

Weibo revenue continues to grow rapidly, is the trend of the times, the future of the advertising market on the mobile side, and micro-blogging is a mobile social company. Advertisers of display and search ads will gradually migrate to social advertising in the future, and online advertising will change from the era of in-streaming traffic distribution to the era of socialization that is centered, socialized, and interesting.

Weibo is about to usher in a golden age of commercialization

If the first seven years of microblogging were in the "Bronze Age" of commercialization, from groping business models to forming large-scale profitability, it was from the 0-1 start-up period. Now Weibo has entered the "Silver Age", the social advertising market has been recognized by the public and enterprises, the demand for ecological endo-advertising increased, the focus of micro-blogging has become ecological operation and commercial efficiency.

With the ecological explosion of many new content such as short video and live broadcast, Weibo has entered a new period of ecological prosperity, channel sinking and user proliferation, not only its own revenue capacity has soared, but also promoted the rise of ecological partners, the golden age of micro-blogging commercialization is coming.

Since the media, net red and other groups in the micro-blog has been successful, and constantly in various areas of sub-development, content form from text to video evolution, micro-blogging formed PGC, IP copyright and UGC symbication of the content ecology.

In the field of sports, for example, we have reached in-depth cooperation with the NBA, NFL, La Liga and many other top sports events in the world. During the Spring Festival, Weibo cooperates with CCTV and a number of satellite tvs, and the total number of videos related to the Spring Festival Evening Festival on Weibo reached 4.8 billion. UGC video products such as Weibo Stories are also coming online. This will enable users to get more exclusive information and unique social experience on Weibo, which will help Weibo further expand its user size and increase its stickiness.

Some people, there is content, there is advertising value, which is also the micro-blogging operating costs increased not much, advertising revenue has soared an important reason.

Social advertising is the mainstream of the future, and the high growth rate of microblogging revenue will become the norm
Up to 200 words, currently totalWord.