Marketing Strategy: Why do most advertising companies reject Brexit? 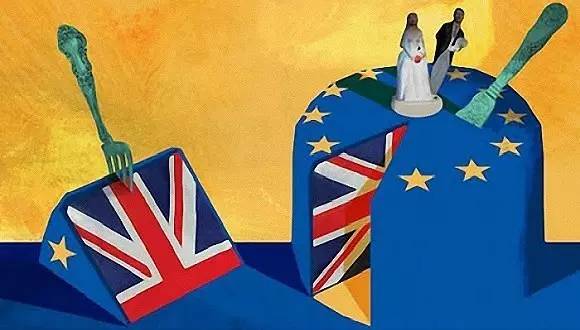 For those who are not currently embroiled in the ongoing heated debate over the EU, a grand vote, the EU referendum, is about to begin. On June 23rd Britain will decide whether to stay in the EU or leave. The potential impact of the option of going or staying on immigration, trade and short- and long-term economic issues has become the focus of hot discussion.

The referendum, dubbed Brexit, has raised concerns in the advertising industry in the UK and across Europe. Many of the advertising giants have expressed their views on the possible Brexit situation, which is a firm boycott of Brexit. Among them is Martin Sorrell, chairman of WPP Sorrell) and Maurice Lévy, chairman of yang lion group.

Just this year, at European Advertising Week in London, Mr Sorrell hosted a meeting lasting more than three hours to discuss the possible impact of Brexit on the advertising industry. Sorrell noted that if people all voted for Brexit, the WPP would likely "lose four of our top 10 markets - Germany, France, Italy and Spain . . . I am well aware that customers will close factories and jobs will be lost."

One of Mr Sorrell's main arguments is immigration, which is at the heart of the brexit debate. Supporters of the Brexit campaign argue that membership of the EU has cost the UK control over immigration because the law allows people from 28 countries to move freely. Yet many British advertising agencies value the fact that they can hire foreign talent to serve themselves. They argue that this creates a more European mindset that can attract global customers more effectively.

"We have a large number of employees from other EU countries, which is actually one of the reasons why UK advertising agencies are doing well across the EU," said James Murphy, chairman of DDB Advertising In an interview with Adweek, Murphy said: "One of the reasons WHY UK advertising companies receive so many orders for advertising around the world is that they are seen as able to open up to the world and maintain a global, international mindset. "

Mr Murphy added: "We work with clients in France, Germany, Italy and Spain. And one of the reasons they chose to come here was because they believed they could gain creativity from these people with a holistic European mindset, free from the barriers of a narrow regional or nationalistic mindset. "

But at the same time, the UK remains one of Europe's biggest exporters of advertising services. In Pringle's view, even if Britain does leave the EU, it will be able to secure a favourable position in trade with the EU, and by reducing immigration to the UK, it will allow the industry's top talent to take over.

Nick Owen, manager of 72andSunny Amsterdam Owen) doesn't see it that way. The company is highly diversified and employs people from more than 30 countries, some of them from the UK. "The need for a visa saves them time and money."

While uk independence campaigners believe that while there may be minor adjustments after the Brexit vote, such as a "sudden short-term depreciation of the pound", long-term benefits are bound to outweigh all the small drawbacks.

But advertising agency analysts disagree. According to a recent report by yang lion group, the EU accounts for an average of 70 million pounds ($99 million) of the UK's advertising budget each year, and that figure will grow to 1 billion pounds (about $1.45 billion) by 2030. The report notes that the short-term impact of Brexit on the UK advertising market may be softer, but it will ultimately have long-term costs. Jonathan Bernard, director of the Prediction Center Mr Barnard said Brexit would also make cross-border projects in Europe more expensive and cumbersome to operate.

The upcoming referendum has also led to the emergence of extreme emotions, even turning violent. Jo Cox, Labour MP for West Yorkshire, on June 16 Cox was shot dead for pushing for Britain to stay in the European Union. The killer shot and killed the mother-of-two while shouting "Britain First."

As referendum day approaches, it looks as if Brexit is more likely. Brexit The Belly website uses data from the Financial Times to predict the proportion of supporters on both sides of Brexit and Europe, with figures showing a 44 per cent draw on 20 June.

Mr Owen added: "I don't think anyone knows exactly what the end result will be. We will continue to work closely with british brands and people, but things will get tough. Even without a firm reason, I can expect unsody bureaucracy in the future. "

Marketing Strategy: Why do most advertising companies reject Brexit?
Up to 200 words, currently totalWord.