April 28 (UPI) -- Several well-known British brands have pulled ads they run on Google's platform after discovering that their ads appeared in offensive video content on The YouTube platform. Google was quick to respond and, rarely, apologized to those customers.

However, while Google has announced measures to correct the situation, the anger among advertisers is far from over. The development will affect not only Google, but also businesses across the digital media and advertising ecosystem, and not just in the UK.

The impact will be far greater than in the UK

The latest controversy has centred on a boycott of YouTube by several prominent British advertisers, such as the UK government, Marks and Spencer and Tesco. But companies in the UK that have removed advertising from YouTube also include well-known brands such as McDonald's and Volkswagen, which could mean the impact of the boycott will widen. In fact, those effects have spread to the U.S. market, with companies including Verizon and AT&T removing ads from YouTube and Google's other non-search platforms. In addition, the UK's role as a regional leader means that the impact and developments of the UK media industry tend to reach the global market, particularly in other important Western European markets.

As things stand, traditional media companies, which are struggling because of Google, will no doubt attack Google and Facebook's dominance of the region's digital ecosystem. Advertisers worried about a two-headed monopoly are also eager to take the lead in negotiations with Google and Facebook.

Matthew Bailey, a digital media analyst at Ovum, said Google needed to act decisively and quickly to stem the further deterioration of events and ensure compliance with local regulations, policies and cultural sensitivities, as well as the distribution and monencation of offensive and suspicious content.

Google and Facebook have been positioning themselves as "neutral" technology companies and content aggregators, not media companies. However, in this age of "fake news" and the growing sharing of hateful and offensive content on social platforms, this position has become untenable.

In addition, both companies, like their Twitter and Snap counterparts, have spent millions of dollars on the right to create quality content on the platform for distribution, and they can no longer deny their responsibilities as media companies, a new type of media company.

YouTube and Facebook have long focused on increasing the number of users and increasing user engagement to achieve the scale necessary to make a lot of money. In this environment, the platform appears to be more profitable than managing the types of content hosted on the platform. But now that YouTube wants to compete with TV operators and broadcasters and foster a similar environment for high-quality content and advertising, it must put itself on the same level of editorial and regulatory standards.

Google has announced that it will review the content it allows to be shared on its platform, but that may be too much and too late for critics who believe monitoring should take place before content moniesizes.

User-generated content is good for scale, but dangerous for making money

In a blog post in which Google's chief commercial officer, Philipp Schindler, apologized to advertisers, he did not mention that youTube uploads "more than 400 hours of video" per minute. Such a huge amount of content, the vast majority of which is generated by consumers, gives YouTube a huge amount of content and users, and it continues to grow. However, YouTube's biggest strength is its biggest challenge, and regulating content of this size can be extremely difficult.

The recent controversy surrounding PwDiePie, the popular youTube network, also shows That YouTube has insufficient control over content monitoring, even for its biggest and most profitable content creators. PewDiePie's original content is part of YouTube's Red SVoD service, which has a large user base on the platform. If Google is to calm advertisers' anger and regain their trust, it will be crucial, if not all, of the platform's content, at least with tighter regulation of its monecured content.

But, in Schindler's explanation, Google also positions itself as the protector of the creative environment that its platform nurtures. In fact, overly stringent regulation of YouTube-licensed content could make it less attractive to both creators and viewers and shift both users to other platforms. In essence, Google needs to make important decisions about whether to prioritize advertisers or users' interests, both of which are at the heart of its for-profit policy.

All digital service providers that rely primarily on un-audited users to generate content to serve ads undoubtedly face the same challenges. But from now on, regulating what users upload is no longer an afterthought, or a stupid thing to do because of concessions: it has to be a strategic priority. 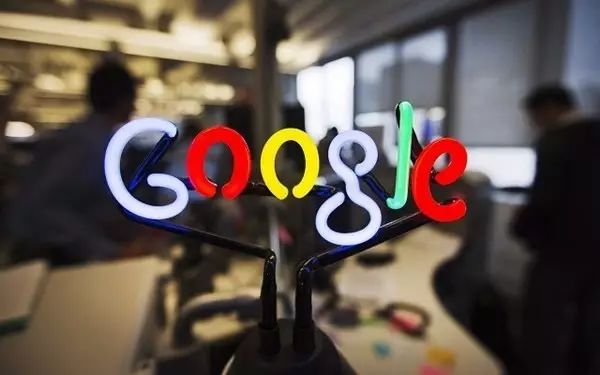 As a tech giant, Google relies on automated (or procedural) transactions in selling ads. This allows Google to expand its advertising business and revenue, and rapidly expand its digital service audience. However, this has led to the emergence of brand advertising in inappropriate or very offensive content. If Google wants to compete with artificially monitored TV channels for reliability and ad pricing, the current procedural mechanism will require more human investment.

In fact, Schindler has decided to "recruit a large number of people" to censor suspicious content advertised on its platform. But for the same purpose, it's part of a commitment to "develop new tools driven by Google's latest advances in AI and machine learning."

The increasing complexity and scope of automation platforms and AI will undoubtedly be Google's most cost-effective option, but given the company's current predicament, there will also be a need to integrate human-led monitoring to ensure that advertisers' brand information is present in a secure environment.

At YouTube's size, a human-led operation could be financially difficult, even if it is one of the world's largest companies. But relying on technology alone is not enough to placate advertisers in the short term, and Ovum believes hybrid solutions seem to be the best response.

For now, this will benefit traditional media companies that still rely on people to run content and advertising businesses, many of whom believe have been eroded by Google in recent years. These companies now have a good chance of regaining some of their advertising business, and are likely to seize the opportunity when Google gets into trouble.

Market Watch . . Google's UK dilemma and the future of digital advertising
Up to 200 words, currently totalWord.