It's on the stand again! The internet giant is involved in leaking user data to the US! Or face nearly $20 billion in fines!

Ireland's data regulator has issued a preliminary order to US social media company Facebook Inc., CNBC reported Monday.Asking the other party to stop transferring data from EU users to the U.S. could result in fines of up to $2.8 billion if Facebook doesn't comply with the rules.And this leak is close to the U.S. election.

Facebook's share price has fallen 12 per cent from its peak in the past six trading days, evaporating about $105bn ($720bn) in market capitalisation. 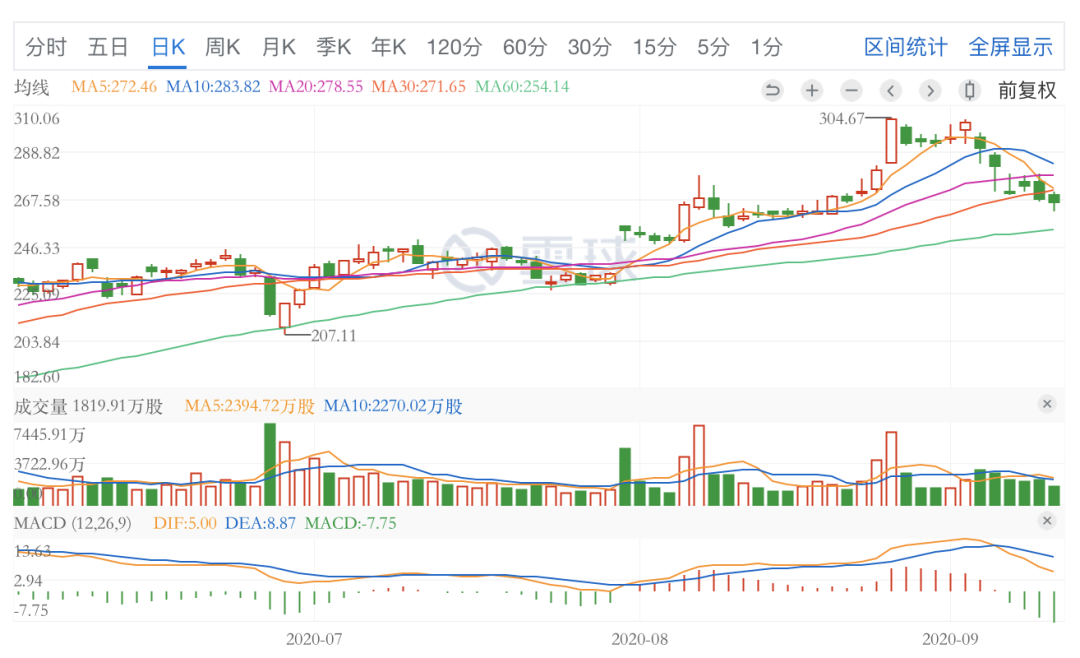 On September 10, local time, according to CNBC, Ireland's data regulator had issued a preliminary order to Facebook to stop transferring data from EU users to the United States.

Nick Clegg, Facebook's vice president of global affairs and communications, said in a blog post on September 9th thatIreland's Data Protection Commission has launched an investigation into data transfers in the US and Europe controlled by Facebook and has recommended that the legal basis for the transfers be improved, a move that could force Facebook to cancel most of the data it collects from European users.If Facebook doesn't comply, the Irish Data Protection Commission could fine Facebook $2.8 billion, or about $19.14 billion.

In early August, Irish regulators told Facebook that the government was reviewing user data streams in the hope of seeing how they were transferred to the US. The preliminary order was given to Facebook in August by the Irish Data Protection Commission.

A few months ago, the European Court of Justice ruled that data transfer standards between the European Union and the United States did not adequately protect the privacy of European citizens.The European Court of Justice has restricted the way U.S. companies send European user data to the U.S. after finding that EU citizens have no effective way to counter U.S. government surveillance.The report said agencies such as the National Security Agency could theoretically ask internet companies such as Facebook and Google to hand over data on EU citizens without their knowledge.

Mr Clegg, a former deputy prime minister, suggested that "standard contractual terms" could not be used for data transfers in Europe and the US "in practice". "If the SCC cannot be used as a legal basis for data transmission, Facebook will have to discard most of the data it collects from European users.

According to Reuters,On September 11th, local time, Facebook filed a lawsuit against the Irish Data Protection Commission in an attempt to end a proposed order that could prevent Facebook from transmitting EU user data to the UNITED States.Irish regulators declined to comment, the report said.

Facebook still has a chance to appeal to Ireland's data protection commissioner until the regulator makes a final ruling, but the chances of winning are slim, and a formal decision, if made, would be the EU's case for dealing with similar issues in the future, politico, a US political news website, said in an analysis on September 10th. In a statement, Nick Clegg, Facebook's head of lobbying and a former deputy prime minister, also acknowledged that Ireland's decision would have implications for both sides of the Atlantic.

And in March 2018, Facebook was exposed by the media.Its more than 50 million user data was leaked by a company called Cambridge Analytica to influence the outcome of the 2016 US presidential election by targeting its target audience.At the time, Facebook paid $5 billion ($34.1 billion) in fines to the U.S. Federal Trade Commission, breaking a similar fine record and became known as an "epic" fine.

In addition to Facebook's heavy penalties, U.S. tech giants have been heavily fined in recent years for various data breaches and invasions of privacy.

In August, the Federal Trade Commission filed a complaint with the social media company after Twitter released its second-quarter 2020 financial report.The FTC accused Twitter of misleading its users by using user phone numbers and emails to create targeted ads between 2013 and 2019. Twitter estimates that the FTC's charges could result in fines of between $150 million and $250 million.

In January 2019, France's National Committee on Information and Freedom announced that it would fine Google 50 million euros for violating data privacy rules.The root cause is google's failure to properly disclose to users how it collects data through services such as its search engine, Google Maps and YouTube to display personalized ads.This is in violation of the data privacy provisions of the EU General Data Protection Regulation, which came into force on 25 May 2018.

In June, Google was again hit with a class-action lawsuit involving illegal invasions of the privacy of millions of users, seeking $5 billion in damages, or more than 35 billion yuan.Google is accused of illegally violating the privacy of millions of users by still tracking users' Internet use in the browser's "no trace" mode, according to an indictment filed in federal court in San Jose, California. In addition, Google collects user information through apps such as Google Analytics, Google's Ad Manager, and website plug-ins, including smartphone apps, whether or not they click on Google-supported ads.

It's on the stand again! The internet giant is involved in leaking user data to the US! Or face nearly $20 billion in fines!
Up to 200 words, currently totalWord.

Hands teach you how to make discovery ads
Even Liu Dassan has been cheated! After the star YouTuber's ad flipped, Suman's "advertising catty" was also dug up
Dry goods: The fine path of traffic advertising
Are ubiquitous ads annoying (above)?
Google's YouTube will be a shopping platform