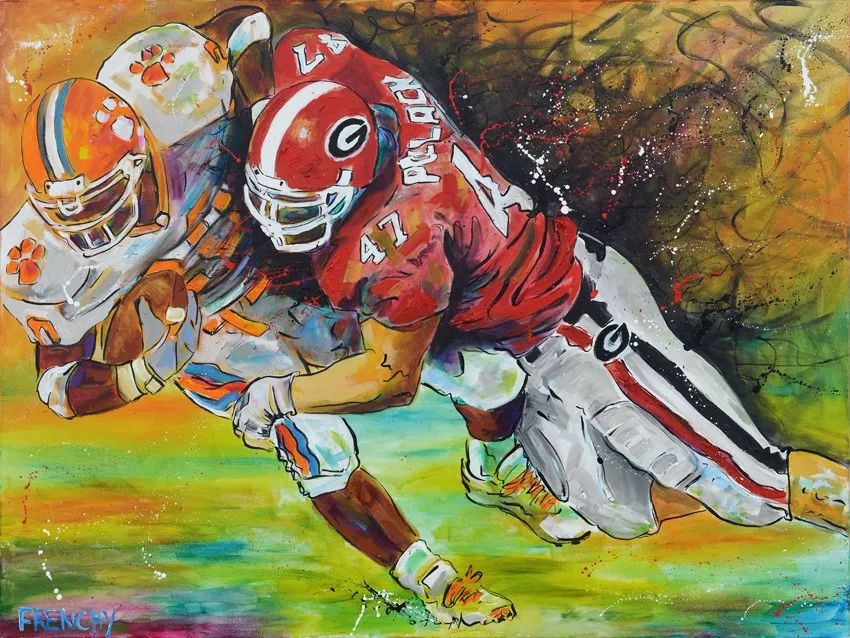 Instagram isn't Facebook's biggest money-making tool, but it's certainly the most important cash cow for Facebook.Instagram generated $20 billion in advertising revenue in 2019, accounting for more than a quarter of Facebook's total revenue in 2019, Bloomberg reported. 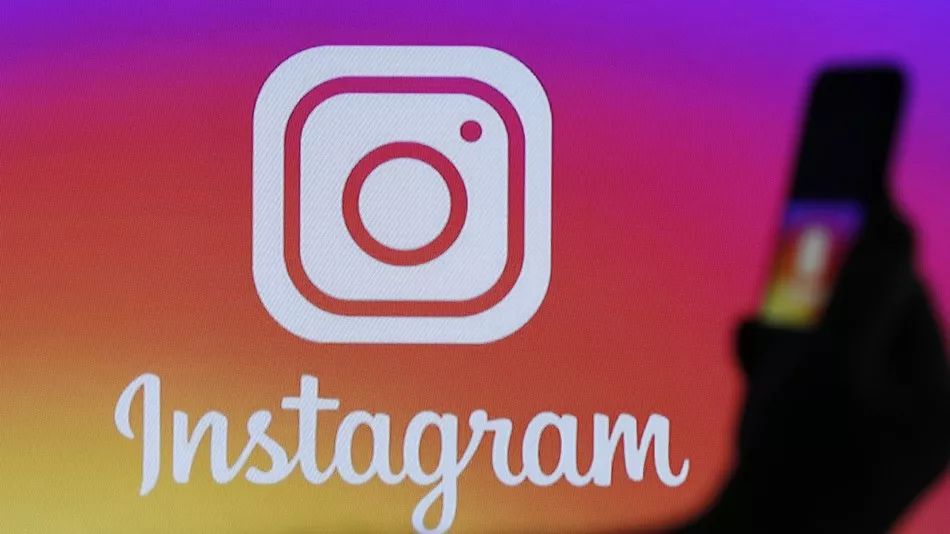 Unlike YouTube, however, Instagram doesn't share ad revenue with creators.While Instagram does pay some creators for its IGTV content (IGTV is considered a long video version of tiktok), these fees cost creators equipment and filming, not ad sharing.Instagram says these costs are usually not more than 10,000.On the other hand, YouTube shares advertising revenue with creators, and Alphabet Chief Financial Officer Ruth Porat says creators cost less than YouTube's "content buying" cost, which is about $8.5 billion.

From advertising revenue, Instagram seems to be in a state of indebtedness.But in terms of user size, Instagram seems to be entering its platform.Instagram's U.S. user growth slowed to single digits for the first time in 2019, from 10.1 percent in 2018 to 6.7 percent.In 2020-2023, eMarketer estimates that social media platforms will grow at a slower rate than previously thought. 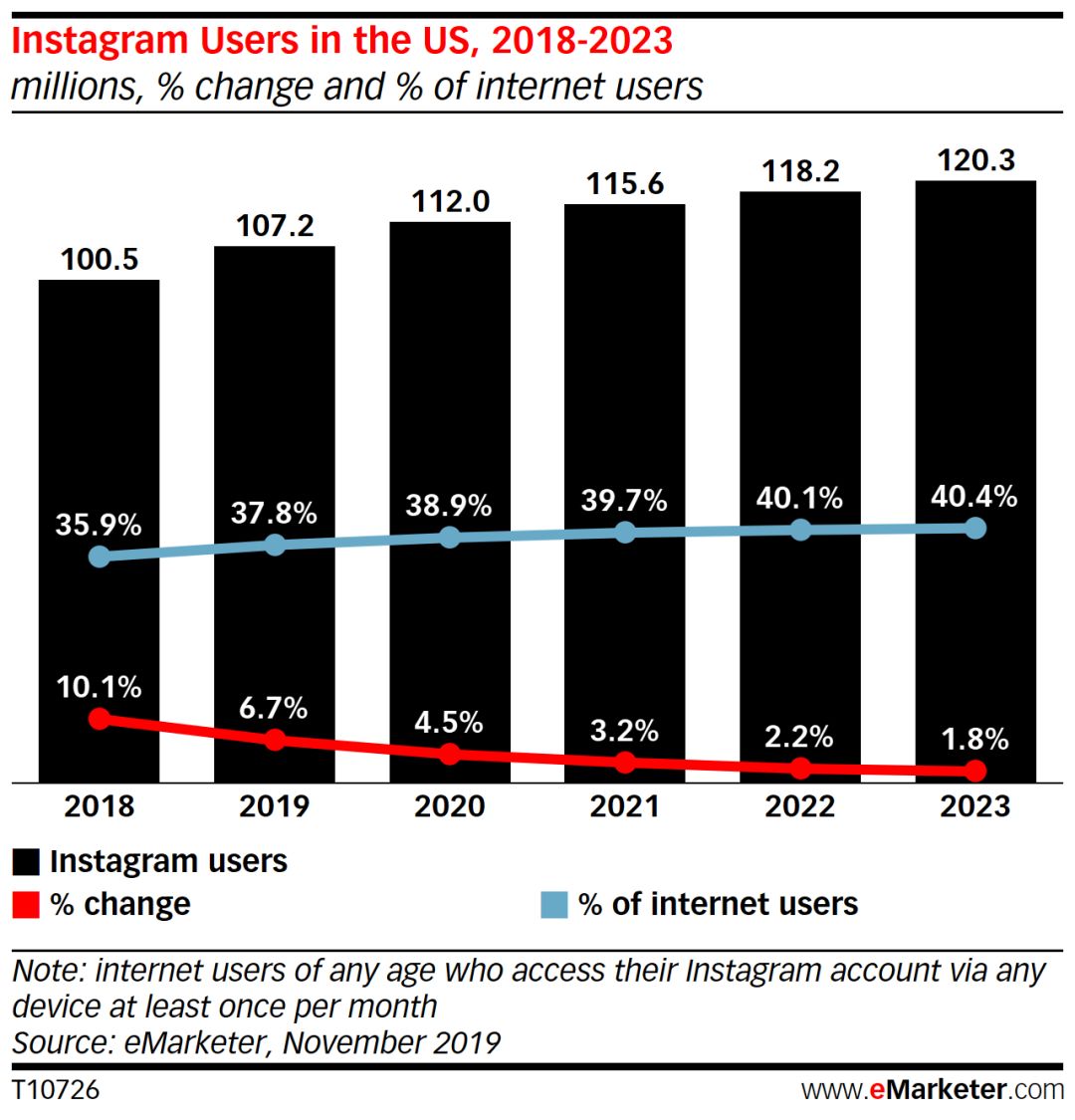 Instagram also faces stiff competition.Evan Spiegel, Snap's chief executive, has said that TikTok, the short-video platform, may have more users in the future than rival Instagram, according to foreign media reports.In 2019, TikTok's global downloads exceeded 738 million, up 13 percent from 655 million in 2018 and accounting for 44 percent of its 1.65 billion total downloads.The fourth quarter of 2019 was TikTok's best-performing quarter, with 219 million downloads up 6% from the same period in 2018.Last year, TikTok was the second-highest-downloaded app in the world behind the Apple App Store and Google Play App Store, after chat app WhatsApp with 849 million downloads. 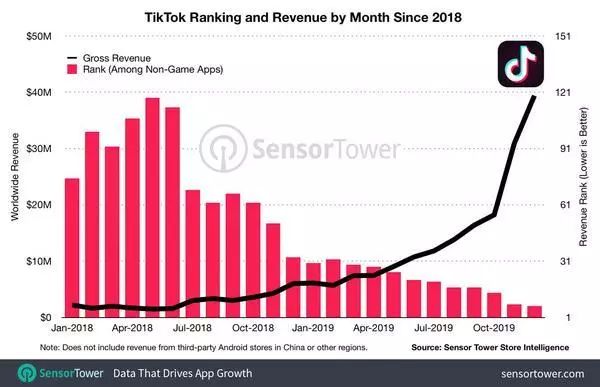 TikTok's global revenue reached $176.9 million in 2019, or 71 percent of its all-time total revenue of $247.6 million, more than five times 2018, according to the latest data from SensorTower, an app tracking company.

Instagram's advertising revenue will break $20 billion in 2019, $5 billion more than YouTube
Up to 200 words, currently totalWord.

Linguine con pesce bandiera Follow YouTube ads and learn to make delicious fish pasta.
Videos that fire through the US YouTube social network, you can't guess what the theme is in public service ads between the ends
Reveal how much you can earn on YouTube, how much airplay can determine the share of ads
Kazakhstan expert sharp comment: Kyrgyz countries lack their own Nazarbayev!
Distressed! Chinese elementary school students jump after being approved by their teachers for negative energy... What is "positive energy"? New Zealand primary school teachers in the classroom a speech to make millions of people feel...