Videos that fire through the US YouTube social network, you can't guess what the theme is in public service ads between the ends

On December 3rd Sandy Hook Promise released a public service ad that shocked the United States.The beginning of the advertisement is a young boy, do in the bustling library ready to read, but mindless to learn his boring pick-up pen on the table to write "I am bored", followed by, like most people with inertial thinking, the editor began to think that this is a vulgar youth love drama, at most experienced the fate of the many tests, and finally hand in hand into the marriage hall ... ...

However, the end of a deafening sound of gunfire, completely shattered all the good imagination, this is not a love drama, the original is in the record of a hidden behind the secret of the shooting, the editor immediately looked again, only really realized that the original neglected in the back of the camera suffered from campus violence, character isolation, extreme school shooting killer is the real play!

Take a look at the video screenshots first:

A man who wears headphones to read a gun magazine 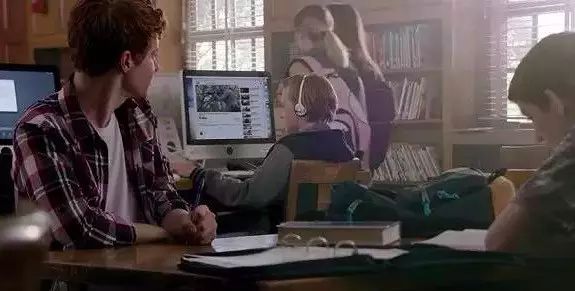 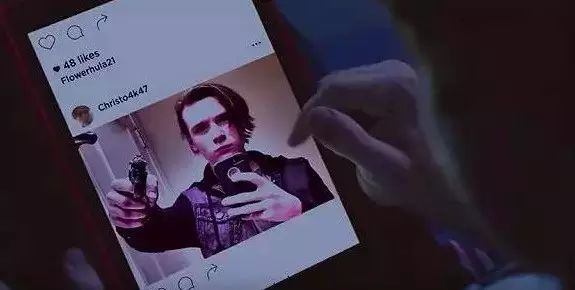 The public service ad, curated by BBDO in New York, has been viewed more than 1.9 million times on YouTube since its release on December 2. Its red also spread from abroad to the domestic, in the micro-blog, including many large V, including netizens have participated in the discussion: "Guess the beginning can not guess the end, this reversal is very strong!" ""Best of the Year, I really didn't expect this ending" "Must see it again" "At the moment the gunman appeared, I thought it was an angry librarian looking for them to settle the bill..." 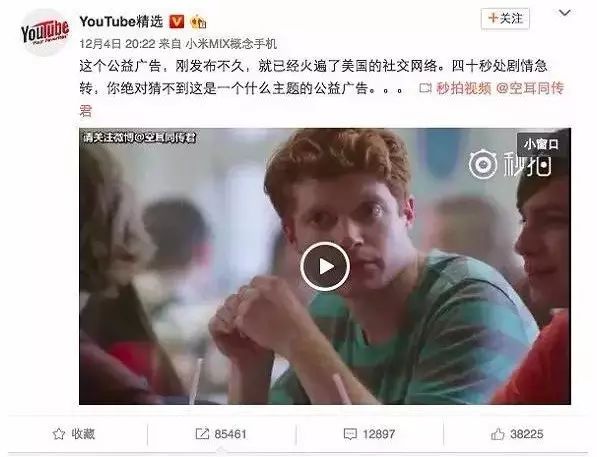 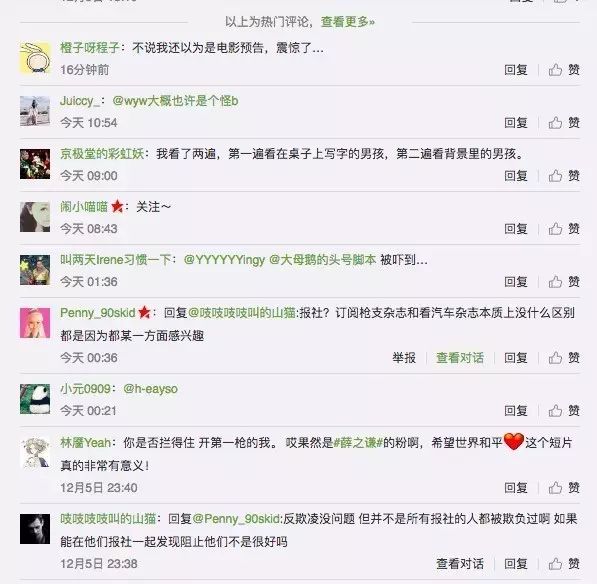 The divine short film is actually a promotional video for Sandy Hook Promise, a non-profit organization in the United States, against violence on campus. And the story behind the group is heartbreaking: On December 14, 2012, a school shooting at Sandy Hook Elementary School killed 20 elementary school students and six faculty members. The victims' families united and set up a non-profit organization to fight violence on campus.

"Through Evan's story, we wanted to see how different people look at some of the details." Greg Hahn, chief creative officer at BBDO in New York, said.

The short film is a reminder that ignoring the details that happen around you is likely to lead to tragedy. A person's rise from an ordinary student to a violent criminal can be traced from being under-regarded, bullied, isolated, to seeking gun information online, and ultimately violent crime.

"Tell the adults and children around us that they are not helpless in preventing gun crime. Many signs can be avoided if found in time. Everyone can intervene and get help. These actions are important and can save lives. Nicole Hockley, co-founder and general manager of the charity, called. He lost his first-grade son in the school tragedy four years ago.

According to Sandy Hook Promise, 80 percent of school shooting offenders and 70 percent of suicides tell others about their plans in advance. But a lot of times, no one is serious.

Videos that fire through the US YouTube social network, you can't guess what the theme is in public service ads between the ends
Up to 200 words, currently totalWord.

Kazakhstan expert sharp comment: Kyrgyz countries lack their own Nazarbayev!
Distressed! Chinese elementary school students jump after being approved by their teachers for negative energy... What is "positive energy"? New Zealand primary school teachers in the classroom a speech to make millions of people feel...
The most recommended Chinese YouTuber
Social media, close up or divide you and me?
Media copyright has reached its peak - the sports industry has entered the 3.0 era