How do you turn a failing Facebook ad into an ad that scales up? (ii)

In the last issue of Easy Trade Geek Bay, Xiao Yi shared some of the content of Facebook ads to expand the scale of the launch, missed small partners can clickHow do you turn a failing Facebook ad into an ad that scales up?Learn ha. Today we move on to this topic. As for Scaling, a word from advertising, many people don't know much about it, and it's a good thing to think of the word "addition" to explain Scaling.

The misunderstanding of Facebook's ad addition

How to use multiple ad goals

Naming rules that make you do more with less

Add to Facebook ads: Sell more products over time based on a stable or even better return on investment by spending more on your budget. The premise of addition is that advertising indicators need to be closely monitored and constantly tested and optimized.

The misunderstanding of addition

With great expectations for the advertising group to add, the result of the indicators have dropped. Why is this the case?

The first common situation, if the similar audience of 1% of the converted customer after the addition, ROI is not as good as the original, or after a period of time, the ads are not working.

The second common situationWhy hasn't profits increased in proportion to the triple budget for better-performing ads?

The first step:Facebook's algorithm first looks for the audience you're most likely to convert to

When relevance scores, CTRs, interactions, etc. decline, Facebook gets this signal to show ads to a second-tier audience (second most likely to convert)

Step 2:Ads are shown to audiences with the second most likely to convert to the selected audience

Typically, after spending about $2,500 on a similar audience of about 1%, you quickly exhaust the conversion potential of your chosen audience, which is the third step above. Facebook ad delivery logic is divided into three steps, all of you in the process of addition, to closely monitor the relevant score CTR, CVR, CPA / CPL and other indicators, know where the ads are placed, so as to make corresponding adjustments.

How to make adjustments

Typically, an ad frequency greater than 3 is a signal of an ad's downside, while focusing on CTR, Relevante Score, if the data continues to decline within 48 hours, you need to know that this time the audience or the ad (or both) material needs to change in addition to the problem.

Here are the adjustments you've made from your audience or creatives:

●Copy the ad group, starting with a lower budget for other similar audiences, other audiences can be broader, such as the original lookalike audience of 1% purchaser, can be updated to 1% add to cart similar audience

In the ad hierarchy, copy your ads, keep your ad goals and groups the same, and change your creatives, so you'll need to prepare more creatives

In the ad hierarchy, copy your ads and upgrade your Offer

It's important to note that you'll keep "copying" during the horizontal addition (as mentioned below).

There are two forms of Facebook ad addition, vertical addition and horizontal addition.

Facebook ads to consider different Offer, consider different audiences in different stages of the excitement of the conversion, the essence of horizontal addition is the marketing concept of the application, to understand your audience, how to communicate with your audience, how to stand in the perspective of your customers to look at the site's shopping experience, advertising attractiveness.

There are two main ways to redirect:

For both redirects, redirect ads can include:

But this simple advertising model has an obvious flaw, for the past 7 days, 14 days, 30 days, or even 60 days, 180 days of access traffic, the use of text, materials are the same, ignoring the differences between these traffic, and whether it is a few days of audience, see ads are the same, will not have an impact on the frequency and quality of advertising scores? The answer is yes. Why not try a redirect ad mode like the one below? 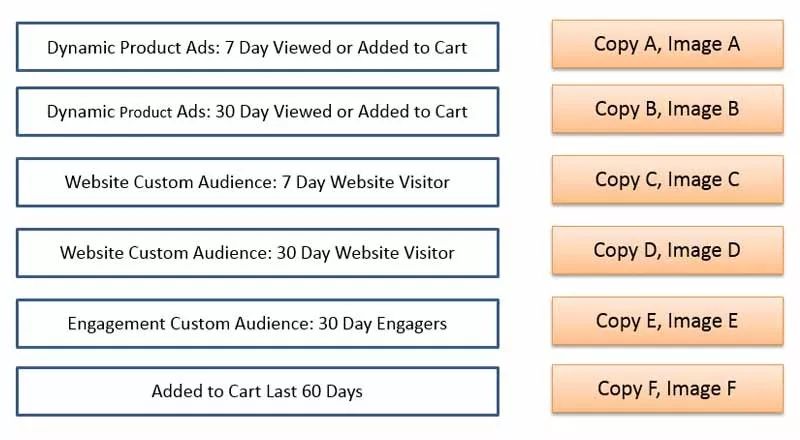 In general, you think of what purpose to reach, you will run this purpose of advertising, you want to sell directly, directly run Conversion ads, but for e-commerce, it is recommended to use a number of advertising targets, in addition to important Conversion ads, including PPPE, video ads, catalog ads, improve the user experience, but also to bring more audiences involved, because we do not know, Facebook does not know, a certain audience will not eventually convert, Facebook only predicts probability, and a low conversion probability doesn't mean it's not possible, and a high probability doesn't necessarily translate.

Here are some ad goals for your reference:

The name of the ad target

In order to make the addition process more smooth, you need to have a month later can understand the naming method, very important, please refer to lao Wang recommended naming method, you can also according to this naming idea to modify their own expansion.

Popularize the abbreviations above that you may not understand.

TOFU：Top of funnel; upstream of the conversion funnel/sales path, you want to get more exposure and accumulate more user data at this point in the TOFU.

BOFU：Bottom of Funnel; Downstream of the conversion funnel/sales path, at this point in the BOFU you want to be able to influence the traffic that "Warm" Traffic - Recent Visitors, And you've recently crossed the aisle to convert.

The audience for each stage

Read here, you will have the question, for TOFU, BOFU, Loyalty stage, how to expand the size of advertising to add? Don't worry, Xiao Yi will attach a list of Facebook ads later, so that you can learn more about how to use the actual combat, how to cite one against three.

2.I have an appointment with spring: afforestation, construction of forest Zhengzhou

Marxism has the theoretical quality.

A. Emancipate your mind

C. Keep up with the times

1.The needs of my clients are what drives me to grow 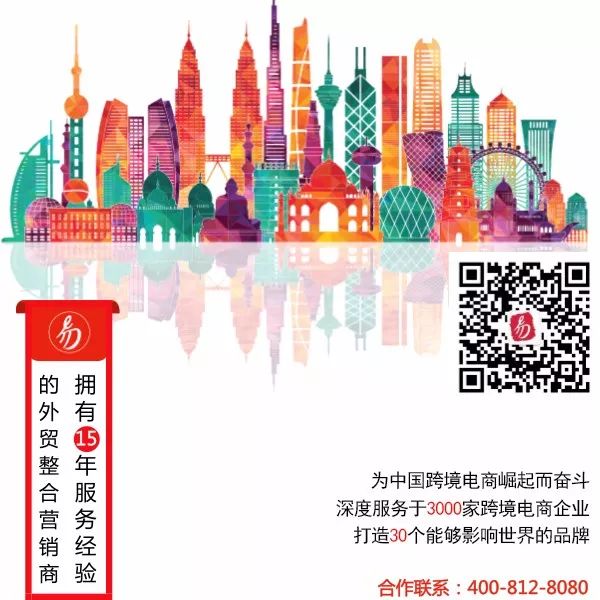 How do you turn a failing Facebook ad into an ad that scales up? (ii)
Up to 200 words, currently totalWord.