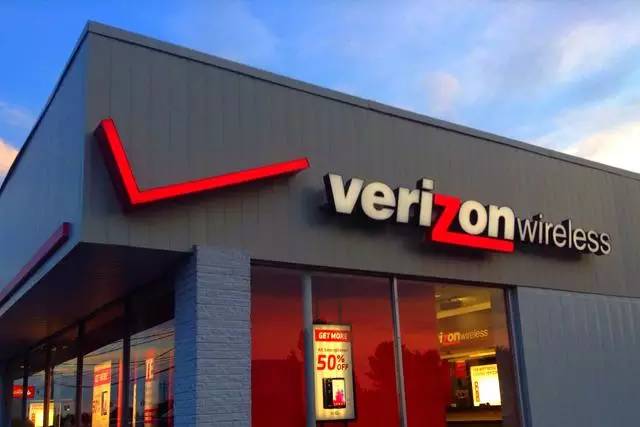 Bloomberg recently consolidated with Verizon Communications, the U.S. telecom operatorYahoo.the prospects were analyzed. According to Bloomberg, Verizon is actively transforming, but even if it buys Yahoo, it will still lag far behind in digital advertisingGoogle.(Weibo.andFacebook。 The following is the original text.

Verizon's digital advertising will double if it buys Yahoo. Even so, Verizon ranks third in the $187 billion market, far behind Google and Facebook.

Verizon is likely to announce a $5 billion acquisition of Yahoo in the coming days, according to the sources. The deal will give further impetus to Verizon Chief Executive Lowell McAdam's plan to turn the company into a new force in mobile media.

The telecommunications giant and Internet service provider are trying to move beyond their existing businesses to offer potentially more valuable services, with another U.S. telecommunications operator, AT&T, buying DirecTV, a satellite TV company, and Comcast, an Internet service provider, buying NBCUniversal, the film company, while Verizon opts to focus more on mobile content and advertising.

Although Verizon is the largest U.S. wireless carrier, its revenue and user growth are beginning to stall. To find new growth drivers, Verizon has expanded into Internet cars, telemedicen and streaming video.

Verizon's path to discovery includes a $4.4 billion acquisition of AOL last year. If Verizon companies go to the next city and take Yahoo, the company will spend about $10 billion on catching up with Google and Facebook. Verizon also has the advantage of being able to target users' phones, buying habits, and interests through carrier channels to better target ads. Verizon's path, however, remains sinister. 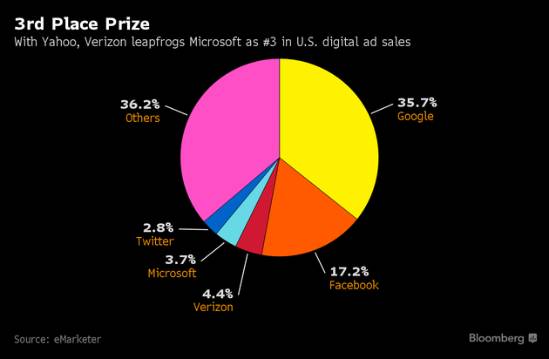 Jonathan Chaplin, an analyst at New Street Research, said: "The idea that Verizon would be eligible to compete with Google and Facebook after the yahoo acquisition is laughable. Yahoo's AOL business is in a very different direction. The digital advertising market has no threshold, but it is extremely fragmented and competitive. "

However, AOL offers Verizon new tools for automatic ad insertion, which is a faster way to match ads for advertisers, and potentially generate new revenue streams.

"Verizon was impressed with AOL's advertising engine," said Jeffrey Kvaal, an analyst at Nomura. The question is how to scale up, and Yahoo is probably the best place to use the tool. "

Yahoo can bring in more than 1 billion monthly active users, a smaller but fast-growing mobile business, advertising technology assets such as BrightRoll, and a range of tools to automate video ad purchases and sales.

"Verizon has targeting data and is collecting user viewing habits, which may appeal to some advertisers," Mr Carver said. "

Verizon's attempt at mobile media includes Go90, a free streaming video service, aimed at teenagers stuck to their phones. However, these mobile media have not yet generated enough views to challenge YouTube or Facebook Live. That hasn't stopped Verizon from going any further, saying it plans to launch more shows, concerts and live shows to attract users.

Verizon, which reported second-quarter results Tuesday, was expected to provide the latest data on Go90 in response to questionable analysts and investors. Verizon, however, did not disclose the number of users of the Go90 service, which began in December.

Rosabeth Kanter, a Harvard Business School professor who has studied Verizon's management strategy for a decade, believes the company's early tribulations and setbacks are sure to come as it tries to make a major transformation.

"Wall Street is good at computing, but not imaginary," Kanter said. Verizon's transformation is hard to come by, but the company thinks it should seize the opportunity. "

"Google and Facebook are the industry's benchmarks, but they're starting to push their limits, " says Mr Kanter. No one can always be at the top.

Even buying Yahoo Verizon still lags far behind Google and FB in digital advertising
Up to 200 words, currently totalWord.

微信扫一扫
使用小程序
Cancel. 允许
Cancel. 允许
微信版本过低
当前微信版本不支持该功能，请升级至最新版本。
I know. 前往更新
确定删除回复吗？
Cancel. 删除
知道了
长按识别前往小程序
SHARE ON TwitterRedditTumblrEmailBufferLinkedInPin It
Verizon builds a digital advertising empire: buy Yahoo or make up for it
Reminder: These numbers start with a call, either an ad or a liar! The girl's three million calls are gone!