Copyright Protection Relativity: China is too slow, the United States is too greedy

Included in the topic
#行业深度研究
41

In fact, a large number of PUGC and UGC content in mainland China is also in the copyright gray area, if strictly enforced, how much content will be affected, how much commercial interests involved will be astronomical. Therefore, planning ahead may become the focus of the major platforms, and the new copyright traceability and sharing mechanism will be the core of this work.

Author . . Do this at a young age
Products . . Bullet Finance

In 2007, the popular YouTube had a big problem, and it was accused. It was sued by media giant Viacom Group for $1.5 billion. That year, YouTube's annual revenue was less than $100 million.

Viacom's case is well-founded, with a large amount of short video content on YouTube having a piracy problem - the game the anchor is playing, the background music used in the clip, the TV footage in the background. In the end, it was Google's father who came forward and it was able to get the balance right.

Google's solution is to build a new Content ID system that intelligently identifies copyrighted content and shares advertising revenue with copyright holders. In 2017, copyright owners received more than $3 billion in revenue from YouTube.

Copyright protection of the American past

The world's first copyright law is the British Copyright Act 1710(i.e. Queen Anne Act), defined as "a bill that encourages learning by giving authors or buyers of printed copies of books a certain period of time".

This means that copyright itself is the product of a multi-interest game: on the one hand, copyright law protects the interests of the original, through commercialization to stimulate original behavior; 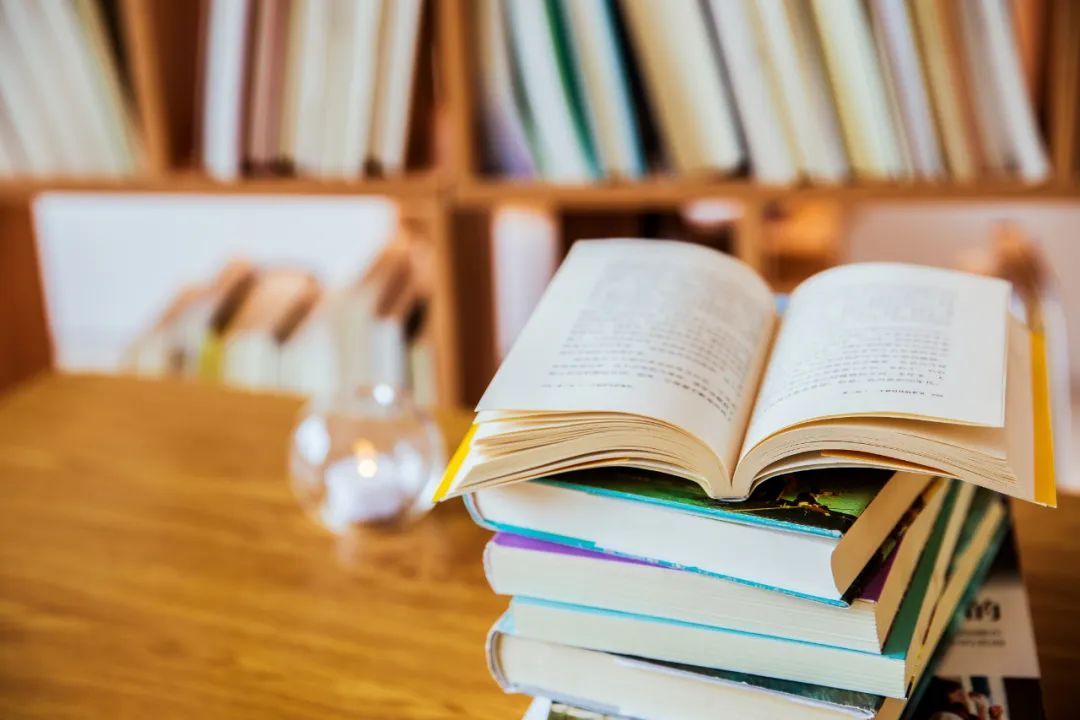 Thus, with the iteration of copyright legislation, copyright is clearly distinguished between the commercial stage and the public domain. The commercial phase requires a fee from the copyright owner to read/watch, while copyright in the public sector is seen as a common intellectual crystallization of all mankind, at no additional cost. For example, "The Travels of the West", everyone can adapt. In China, copyright enters the public 50 years after the author's death.

However, as capital appetite expands, American cultural companies, represented by Disney, want to extend the commercial term of copyright as much as possible. For example, the 1998 Copyright Extension Act of the United States, also known as the Mickey Mouse Clause, extended the time it took for copyright to enter the public property market to 95 years, thus encroaching on the space in the public sector.

In fact, Disney has drawn heavily on public sector nutrients in the production of cultural products, whether it's from classic children's literature, "Three Little Pigs," "Snow White and the Seven Dwarfs," or classical music such as "Spring Song" and "William's Retreat Prologue", which are heavily used in its films. Excessive copyright extension will have a profound impact on the chain of cultural re-creation.

It is important to face up to the fact that the United States remains one of the most well-protected countries in the world. America's emphasis on copyright protection has contributed to the prosperity of its own cultural industry, but as Disney has made progress in copyright, excessive protection has become an obstacle to cultural innovation.

This is somewhat ironic.

The weakness of the pan-entertainment creation period

In contrast to the U.S. market, the Chinese market faces a serious lack of copyright protection.

This is mainly due to China is still in the market stage of the financing period decided. According to Analysys released in April, "2020 China's new pan-entertainment video industry thematic analysis" shows that the new pan-entertainment video industry into the creation period, all kinds of live video platforms and short video platforms in content, functions, users and other dimensions have been integrated, short video platform opened up games, live streaming and other content, live streaming platform also connected to the traffic entrance of short video. The competitive landscape presents a typical track fusion phenomenon.

This phenomenon of integration brings with it the industrial dividend. For example, with the development of pan-entertainment video industry, social attributes and strong interactive attributes have replaced the original instrumentality and expanded more commercial possibilities. In the case of Station B, it is recognized as a video content community, not a mere video platform.

At the same time, after entering the melting period, based on the evolution trend of content producers and consumers, the new pan-entertainment video platform has relied more on user-made content and interactive content, close to the needs of users to get customers and cash out. In the future, with the integration of content, functions and other multi-dimensional between platforms, the competitive dimension of the industry will continue to increase, and competition based on new pan-entertainment video platforms may be extended to other industries.

Good is one thing, copyright protection is another.The phenomenon of integration makes copyright protection more difficult - the original content platform as long as the audit of a single content, now the track integration, PGC, PUGC, UGC content coexist, audit difficulty greatly increased, and the industry dividend brought about by the data growth, also make copyright risk is intentionally or unintentionally ignored. Whether it's long video on behalf of You AiTen, or short video field of the fast-talking hand, in the past few years has ushered in a rapid growth in membership or user number.

Copyright can also be a huge risk to the industry's progress.In 2018, Gu Amo, a Short Video Blogger in Taiwan, is accused of directing a "watch a movie in minutes" type of video, which is still a popular type on major short video platforms. Taipei's District Attorney's Office sued on the grounds that Gu Amo was indeed prosecuted under the law for allegedly violating the Copyright Act by using film footage re-production without authorization.

In fact, a large number of PUGC and UGC content in mainland China is also in the copyright gray area, if strictly enforced, how much content will be affected, how much commercial interests involved will be astronomical. SoProactive planning may be the focus of the major platforms, and new copyright traceability and sharing mechanisms will be at the heart of this work.

When copyright protection is in place in China

Copyright protection, legislation first. On April 26, the t20th World Intellectual Property Day, the "Seminar on the Judicial Protection of Intellectual Property Rights in Online Games" was held. More than 30 speakers from the judicial field, academic institutions, industry and more than 100 participants participated in the event online.

The meeting held that China's current game industry in various fields of interaction between the enhanced, to game short video and live broadcast as the representative of the "new pan-entertainment video market" trend of convergence is becoming increasingly obvious, and the market competition will be increasingly fierce, it is urgent to pass the rules of the clear protection of game copyright owners.

Judge Sun Hailong, Vice President of the Chongqing Higher People's Court, summarized the seminar from the aspects of "looking up at the stars" and "down to earth". President Sun stressed that the judiciary needs to bear in mind that the legislative purpose of copyright law is to "encourage the creation and dissemination of works, promote the development and prosperity of socialist culture and scientific undertakings", and that the protection of intellectual property rights in online games should be conducive to the development and expansion of China's game industry;

So how do you protect it? 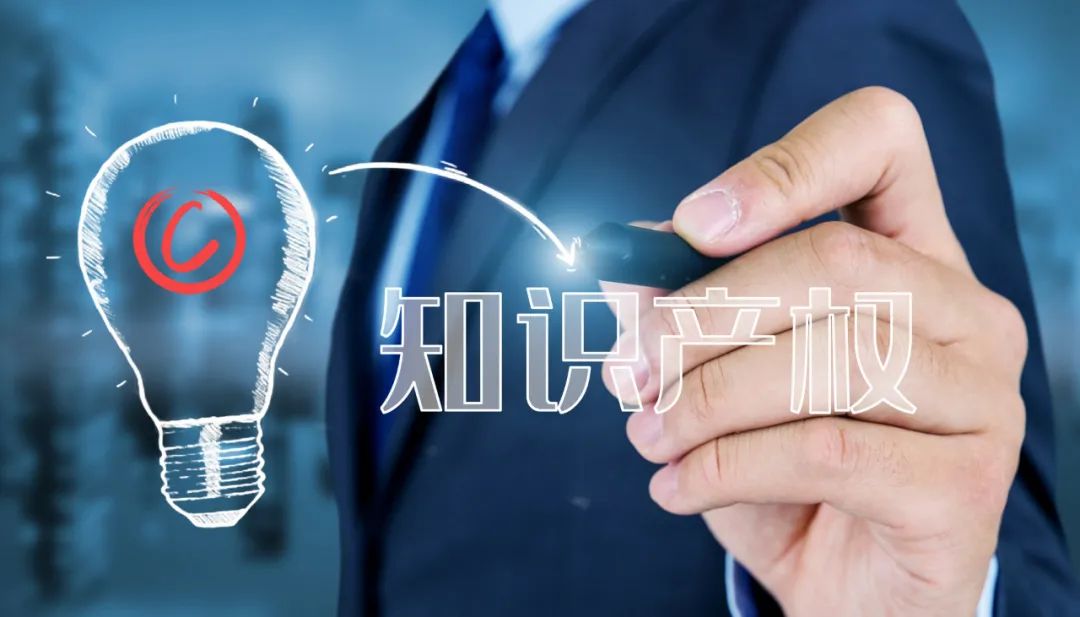 It's still a long line from law to enforcementI don't knowThere is a chasm.Google's Content ID system for YouTube may be a good example of this. Copyright owners can upload their own audio or video files to YouTube, from which the Content ID database creates content-identified "fingerprints" and scans existing content on the platform for matching recognition.

If remakes or parodies are found, the platform gives copyright owners three options: 1) ban the content;

Based on the Content ID system, YouTube is beginning to have the ability to resolve conflicts between copyright holders and YouTubers and turn piracy into a profit-sharing problem. Copyright owners can earn advertising revenue by working with YouTube, and by 2017, 98 percent of copyright issues on YouTube will be resolved through TheContent ID, where copyright owners receive more than $3 billion in revenue from YouTube, with the music industry earning more than $1.8 billion from YouTube.

The Content ID model not only protects the legitimate rights and interests of copyright owners, but also allows up owners and anchors to avoid legal risks, which is a win-win situation.

Content ID's case tells us that copyright protection has never been a constraint on development, but a driving force on the right track for valuable business routes.

And from the perspective of enterprise development, youTube, which has shed the burden of piracy, has seen high growth in the next decade or so. According to google's first public figures in February, 2019 you will be the first to do soTube's total revenue is $15bn, or about 10 per cent of Google's total revenue, and some analysts estimate that YouTube could be valued at $300bn if it were spun off from Google.

For the Chinese market, copyright protection legislation and proven Content ID systems will be short boards that should be filled in the future. The improvement of this kind of infrastructure is expected to push the new pan-entertainment industry to a new peak.

"China's laws to win the cultural welfare, please video sites do not give up", Ma Xiaoying

Guamo is sued, "X Minutes Takes You to watch the movie" in the end is not infringing? , entertainment observation

YouTube is valued at hundreds of billions, what's right with Google, which bought it? (i), a floating rabbit hole

The inscription and other drawings are from: Photonet, based on the VRF protocol.

Explain the latest financial developments in the Internet age

Copyright Protection Relativity: China is too slow, the United States is too greedy
Up to 200 words, currently totalWord.