If you've been following Facebook ads, you've probably heard the word CBO (Campaign Budget Optimization). Facebook CBO has revolutionized the way Facebook allocates its budget in bidding campaigns, and for some accounts it will be the only budget allocation option after September. 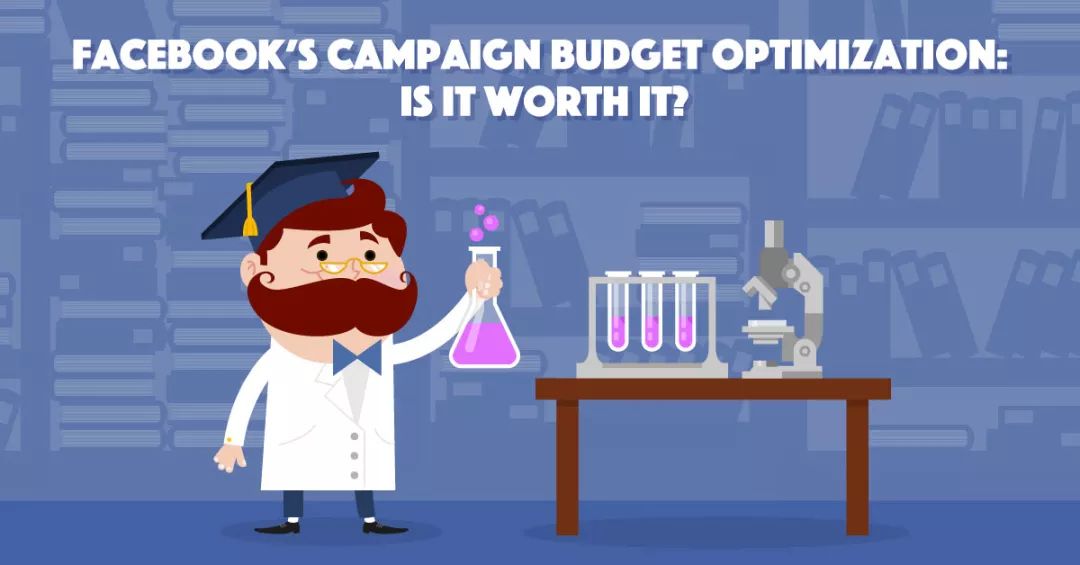 When this feature takes effect, Facebook will switch your existing and new campaigns at the same time, so it's best to do so as soon as possibleStart testing Facebook CBO。

We use $1000to verifyCan the CBO get better results than manual budget adjustments?

So far, your Facebook campaign's budget has been set at the ad group level, allowing advertisers to precisely control each audience's budget.

When using CBO, advertisers get less control because the budget is set at the campaign level, and Then Facebook can decide how much budget to allocate to each ad group.The following image shows Facebook's ad hierarchy, where the CBO adjusts its budget from ad group level (blue box) to campaign level (green box).

Because CBO budget allocations are something we can't regulate, and because many ads have to be budgeted in September, many advertisers have questions:

There's only one way to find out, and that's to put some actual ads into your campaign in our latest $1000 experiment.

The key element of campaign setup is the audience, letCBO can handle different audience sizes on a different CPA (action conversion cost) basis, and we can probably see the effect.SoWe created a similar audience of 1% based on groups registered with previous webinars in the United States, the United Kingdom and New Zealand.

The size of similar audiences depends on the total number of adults with Facebook accounts in that country, so the size of 1% of similar groups varies widely from country to country:

Here are the ads we use: 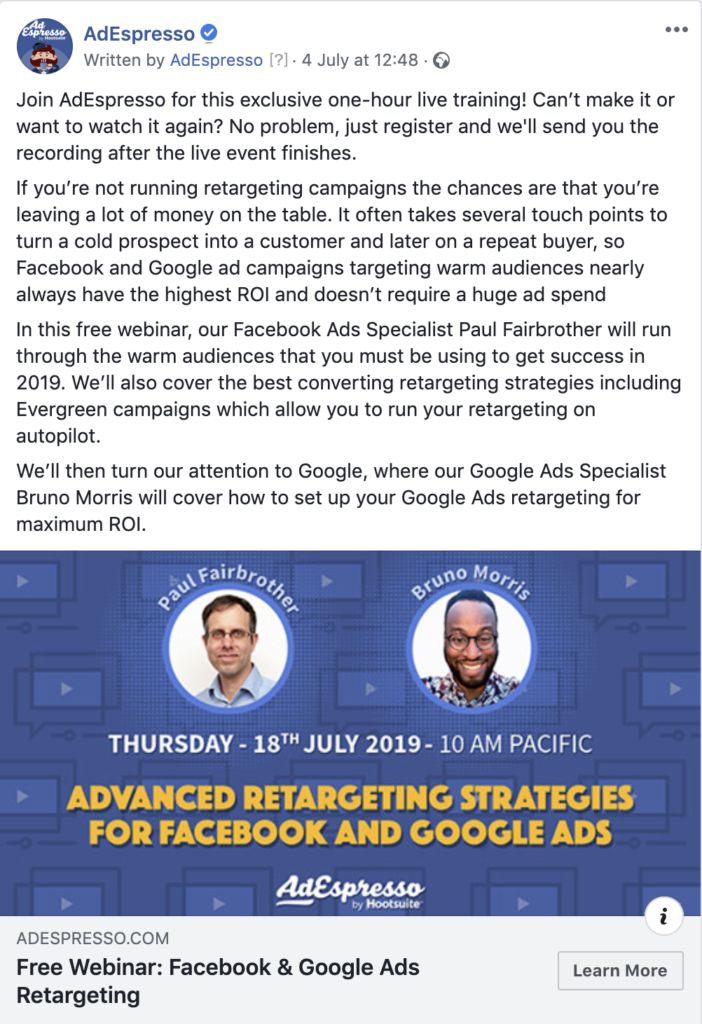 The ad takes people to our page and triggers "Finish" when the form is submittedYes.Register for pixel events. 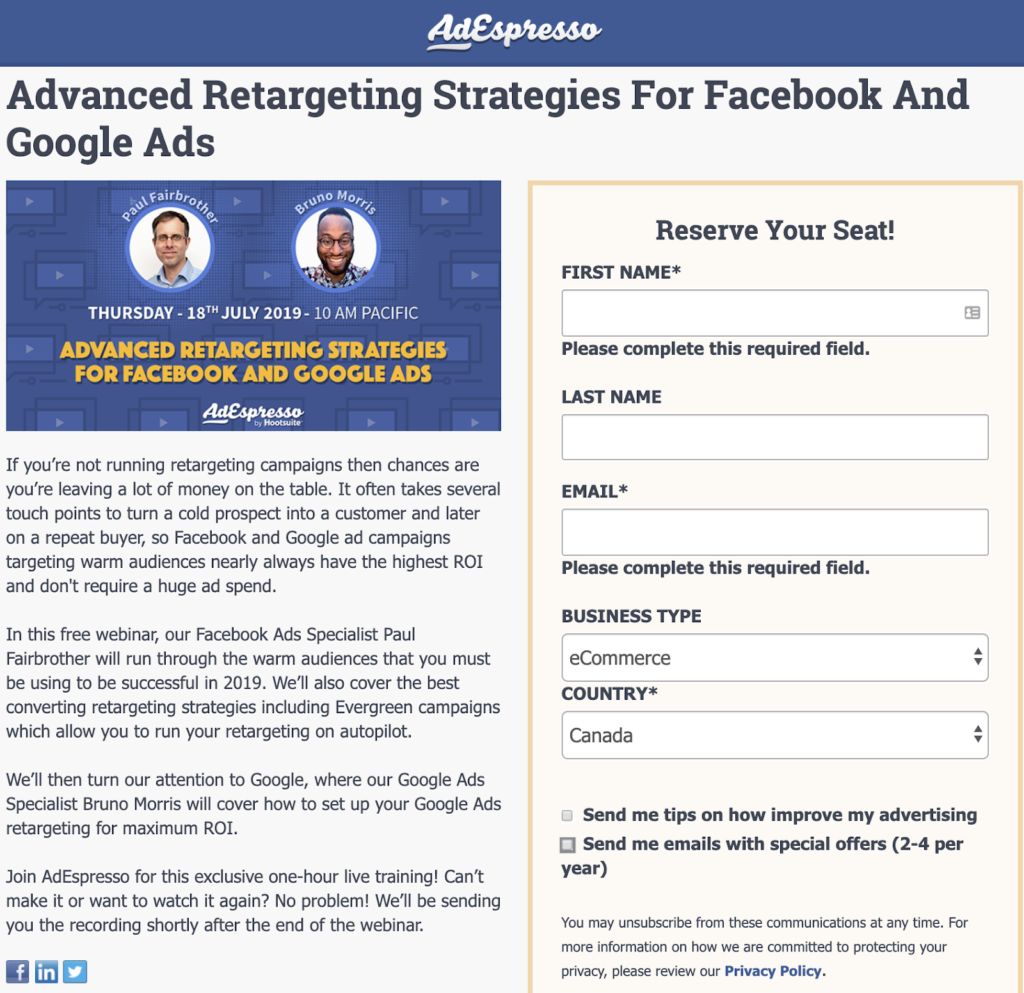 The rest of the campaign is set to:

Our assumption is that budget allocation can be volatile over the first few days until there is enough data to pick the winning audience. So a few predictions were made:

Our assumptions mean that three indicators need to be detected:

The results of the experiment

Overall, thisA total of 494 webinars were registered for the event at a cost of only $2.024 per registration.

One.1.4% click-through rate and $1.45 cost per click under B2B campaignare working well.

Next, let's go deep into the ad group level.

As we can see,The United States has the lowest CPA and CPC and the highest CTR performance。

Britain is in the middle.New Zealand has the highest CPA.

In line with this,Facebook does allocate most of its budget to the United Statesof which the UK received the second largest share,New Zealand got the smallestShare.。 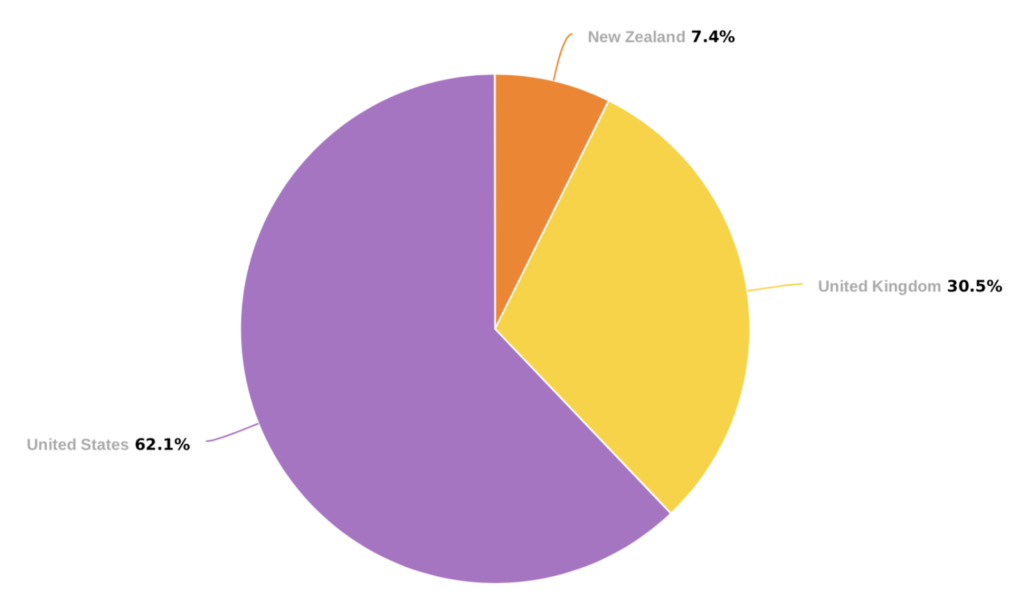 We can see that there are no great fluctuations every day, on the contrary,Facebook first gives everyone a reasonable budget based on the size of their audience.Obviously, the United States has the lowest CPA, FacebookBy shifting more budgets to the US than to the UK and New Zealandto optimize your campaign correctly： 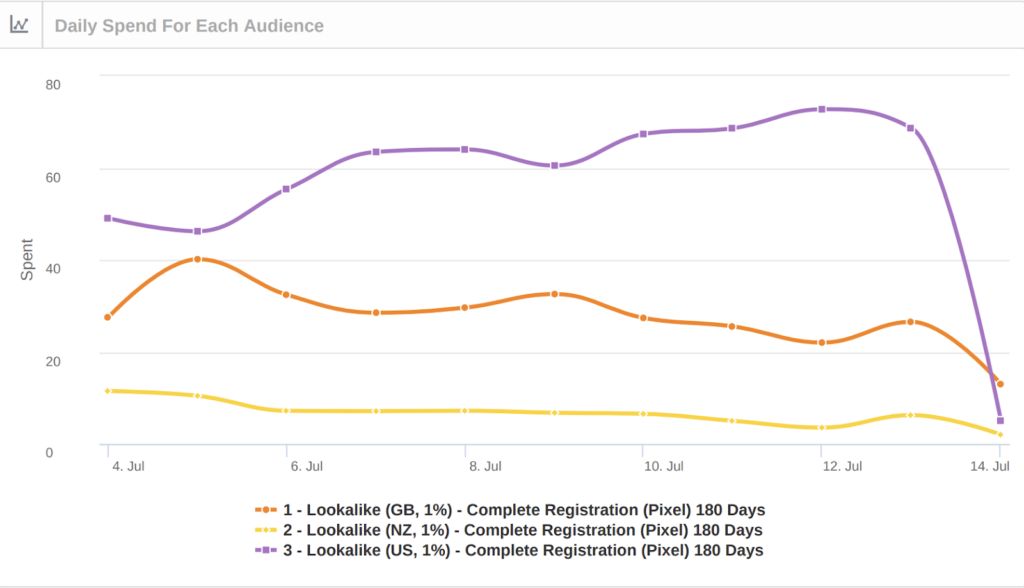 Let's turn our attention to the daily CPA rate (see below), as you can see, firstNew Zealand and The United Kingdom achieved the best results.Since then, the CPA (purple line) in the United States has remained stable, with fairly stable results.New Zealand's daily variation is significant, presumably on a smaller daily budget. 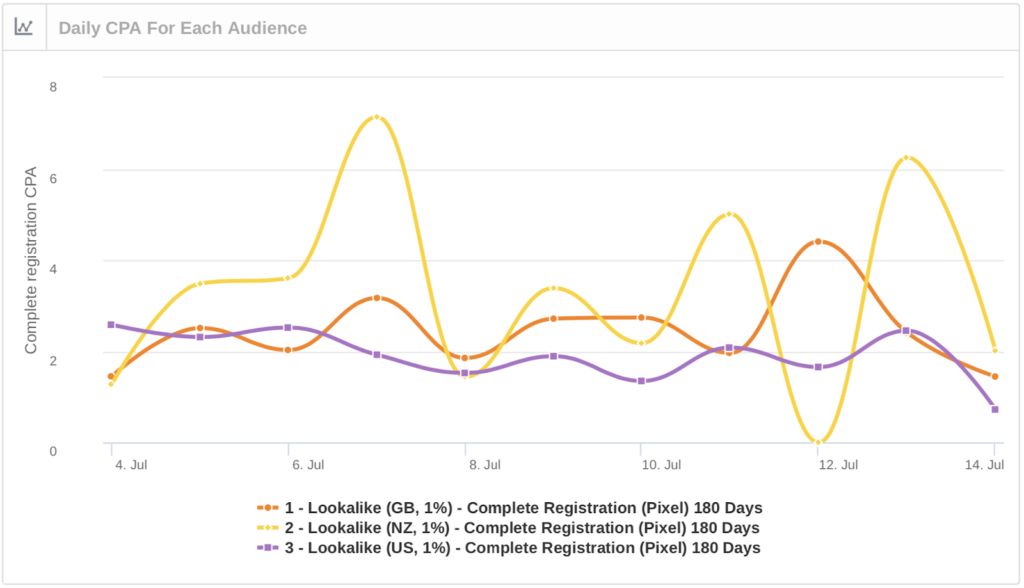 The following table shows FacebookNot only does it allocate budgets based on audience size, it also provides additional funding to New Zealand and the UK. But that's not to sayis to allocate budgets evenly across countries.

Countries with the lowest CPA have the highest budgets.In the U.S., where CPA is cheapest, CBO can effectively increase its budget.

Overall, the CBO does a good job of allocating the budget.It provides each audience with an adequate budget to properly test it, and the daily budget does not fluctuate.

For new advertisers or advertisers who want to take a manual approach, CBO allocates budgets better than average(Too much.)Distribution.to more expensive countries)or prorated(The allocated budget is not sufficient for testing).)

Can premium advertisers get better results by manually adjusting their budgets?

Maybe so, but we still need itPay attention to the budget adjustment effect.Here we mustConsider what CPA would do if all budgets were transferred to the cheapest audience.

Although the price per registration in the U.S. is $1.88, conversions per viewer are small, and additional registrations in the U.S. can cost more than getting a modest price from another country.

Now that CBO's advertising budget approach is in the eye, here's a summary of some of the key points about CBO: Overall, CBO can get good results.

So if you're just starting to use Facebook ads, or you don't want to manage your campaign very finely, then CBO is great. For advanced Facebook ad groups, the revenue is small, but it's still useful because of the budget adjustment effect.

Setting a minimum and maximum budget level for each ad group prevents extreme budget changes and ensures that all groups receive a budget.This is especially useful during the initial testing phase. Facebook doesn't recommend using a budget cap for each ad group, so consider keeping this option only if your budget is very unevenly distributed.

If you haven't started testing CBO yet, start now, because some accounts will start mandatory testing in September.

First, just switch to a few of your previous campaigns to see how well they've been manually optimized, and then start selecting CBO tests from there.

What happens when you use CBO? Do you prefer CBO to manual budget allocation? How many campaigns do you have using CBO? Reply to us in the comments below and let us know what you think. 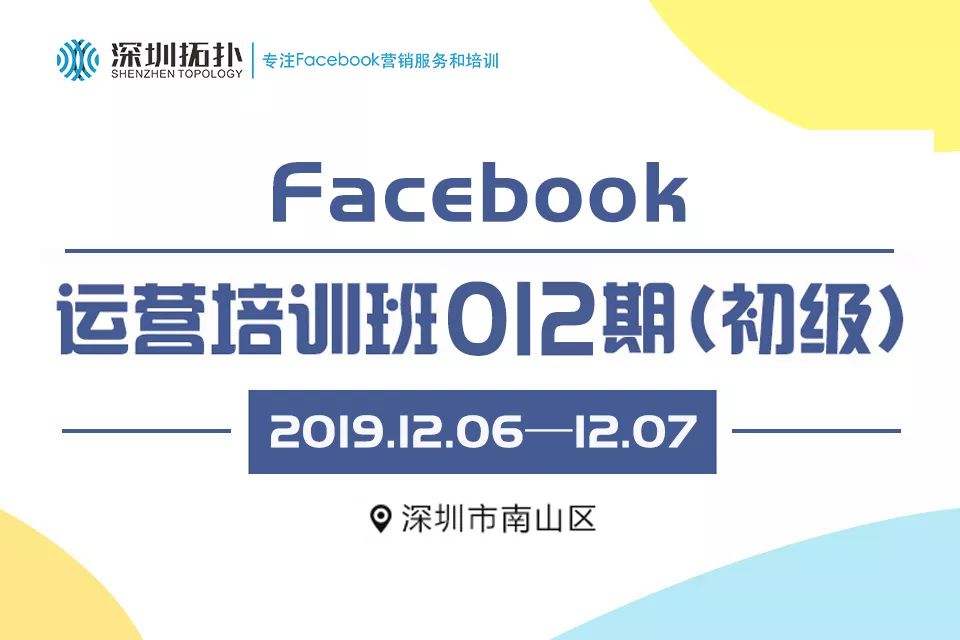 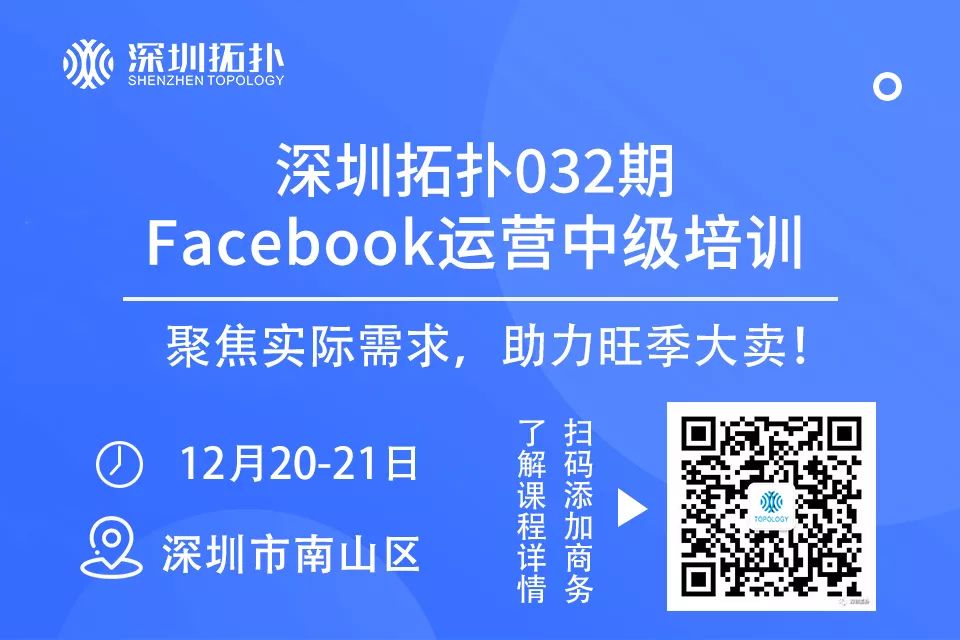 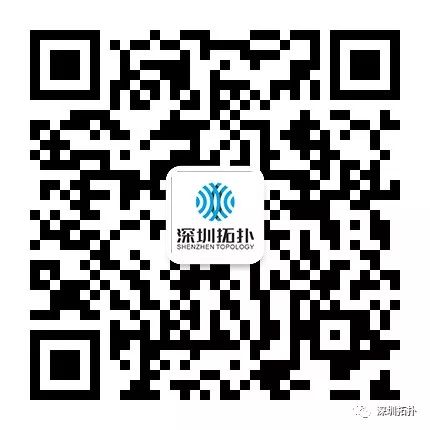 6 free Facebook marketing tools to enhance ad competitiveness
Facebook Social Ads VS. Google Search Ads: Buy and spread the two effects
Facebook . . Will you use the official ad template?
How to open a Facebook business and personal advertising account
An analysis of the advertising operating model behind Facebook's high revenue growth